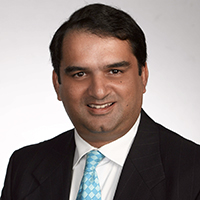 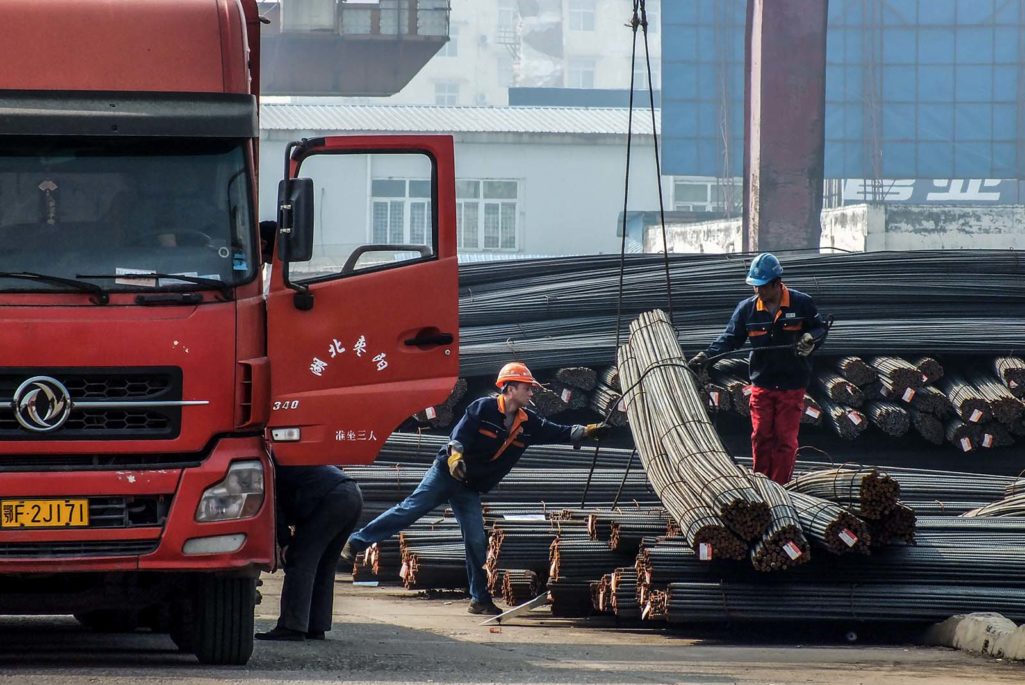 This image shows Chinese laborers working at a steel market in Yichang, central China's Hubei province. One of China's largest steelmakers plans to shed up to 50,000 jobs, its chairman said, as the country struggles to reduce overcapacity while growth in the world's second-largest economy slows.

Capital outflows from China are an inevitable feature of the excesses that have afflicted its economy over the past two decades, and while nations do potentially benefit economically from the infusion of China’s capital inflows, recipient countries are legitimately wary of the threats to their sovereignty and security from Chinese ownership of key assets.

In the eight years since August 2008 (i.e., just before the start of the global financial crisis), China has had the largest monetary expansion in human history. Its M2 money supply has grown from $6.5 trillion in August 2008 to over $22.3 trillion now. The stock of U.S. M2 is $12.8 trillion, and has increased by a relatively mild $5.05 trillion in the past eight years, compared with China’s $15.8 trillion increase. Given that China’s economy is about half the size, its economic imbalances have been greatly exacerbated by this extraordinary surge in money and credit.

While all that money and credit has helped to rapidly build out China’s infrastructure in support of its expanding industrial base, capacity-expansion far outpaced any external or domestic demand for that capacity. China now faces an unprecedented mountain of over-capacity in most capital-intensive industries (steel, petrochemicals, other metals, semiconductors) and in property. In the past three years, China has sought to pump ever more credit into the economy, in order to somehow hold the fragile edifice together and prevent industrial prices from collapsing.

The Chinese are taking large portions of ‘new money’ being printed in China and investing it in overseas assets.

China’s trade surplus has burgeoned over the past two years, aggregating $1.15 trillion over that period. But its foreign reserves have declined by $800 billion, implying that services/ income and capital outflows have soared to $1.95 trillion over the last two years. China’s citizens are taking large proportions of the new money being printed in China and investing it in overseas assets.

The bulk of these overseas investments have gone toward the purchase of real-estate, with favored destinations being London, New York, San Francisco, Sydney, Melbourne and their suburbs. Singapore and Hong Kong’s property markets were early recipients. Anecdotal stories abound of busloads of Chinese buyers descending on a property and offering to pay the full price in cash—overwhelming local buyers, who meticulously evaluate a property keeping in mind their banks’ willingness to grant a mortgage loan.

For property owners across the world, the arrival of the cash-rich Chinese buyer is a boon. But, by buoying property prices, they also contribute to income inequality, placing more properties outside the reach of most locals. The phenomenon of Londoners moving to the suburbs as the center of their city becomes unaffordable is a pattern occurring in more cities around the world, with the likes of Kuala Lumpur, Bangkok and even Iskandar feeling the impact of mainland Chinese buyers.

One Belt, One Road, Many Objectives

The most benign form of Chinese investment overseas is the government’s “One Belt, One Road” initiative to use surplus Chinese capital to invest in infrastructure across Asia, Africa and around the world. Indonesia’s high-speed rail project, which connects Jakarta to the hill town of Bandung, 140 kilometers away, was controversially won by China (despite Japan having done the feasibility study for a project extending all the way south to Surabaya) after China offered an interest-free loan.

Similarly, China has offered a massive $40 billion in credit to Pakistan to build highways and other infrastructure across the Himalayas in disputed territory occupied by China and Pakistan—aimed at connecting Xinjiang (formerly East Turkestan) to the port of Gwadar in Baluchistan. Separately, a Chinese-led consortium won the right to build the Hinkley nuclear power plant in the UK, but the new government of Theresa May immediately ordered a rethink of the project on security grounds. While the Cameron government had gone out of its way to court China—snubbing its U.S. alliance in order to become a founding member of the China-controlled Asian Infrastructure Investment Bank (AIIB)—Cameron’s successor decided that the security issues needed to be thoroughly understood.

The Search for Growth

This year has also seen a rash of hostile takeover attempts by Chinese groups of choice businesses in the U.S. and Europe. In the first half of 2016, there were at least 13 such bids totalling $78 billion in value.

China’s Midea group, a consumer-appliance manufacturer, made a $5 billion bid for Kuka AG, a German robotics company, which prompted Germany’s economy minister to contemplate an alternative German offer for Kuka, given the company’s crucial role in the country’s automotive sector.

And Anbang Insurance made a celebrated offer to acquire Starwood (the hotel company that owns the Sheraton, Westin, Le Meridien and other brands) for $14 billion, topping the offer from rival group Marriott. This triggered interest, partly because Anbang’s chief executive was married to the granddaughter of Deng Xiaoping, the father of China’s modern economic success. The offer eventually fell through because China’s insurance regulator opposed the deal, although other security concerns were just below the surface.

The Globalization of Risk

The Chinese Communist Party still has the final say in all state-owned enterprises, and it influences decisions at most nominally-private Chinese companies. Consequently, the recipients of unsolicited bids by Chinese companies are naturally suspicious about Chinese intentions—and governments, too, will continue to examine such bids; both from the standpoint of competition policy and internal security.

With China’s financial system poised on the precipice of a crisis of bad debt arising from its glut of real estate and industrial capacity, the greatest danger is that China could globalize its internal imbalances by connecting its financial system more symbiotically with the rest of the world. That is a danger that the major central banks and regulatory authorities have done well to avert thus far.

The source for all national-level data is CEIC, with aggregations done by the author from CEIC’s monthly data (which is derived from the national statistics agencies).

Prasenjit K. Basu is the founder of REAL-Economics, an economic consultancy in Singapore. He has been analyzing Asia’s economies for the past 25 years. In September 1991, he joined the Asia Service of WEFA (Wharton Econometrics) in Philadelphia as associate economist, and left as director of the Asia Service in November 1994, moving to Singapore with UBS Securities (as chief ASEAN economist). He is a regular commentator on CNBC-Asia, Channel News Asia, the BBC, Zee-Business and various radio channels He has written Op-Ed articles in the International Herald Tribune, Financial Times, India Today, Business Times (Singapore), New Straits Times, Asian Age, and The Statesman (India). His book on Asia’s colonial and post-colonial economic history is due for publication in January 2017.

Zack Cooper Senior Fellow at American Enterprise Institute
URL: https://www.brinknews.com/behind-chinas-attempt-to-spread-the-risks-from-its-debt-financed-growth/
Get ahead in a rapidly changing world. Sign up for our daily newsletter. Subscribe
​​