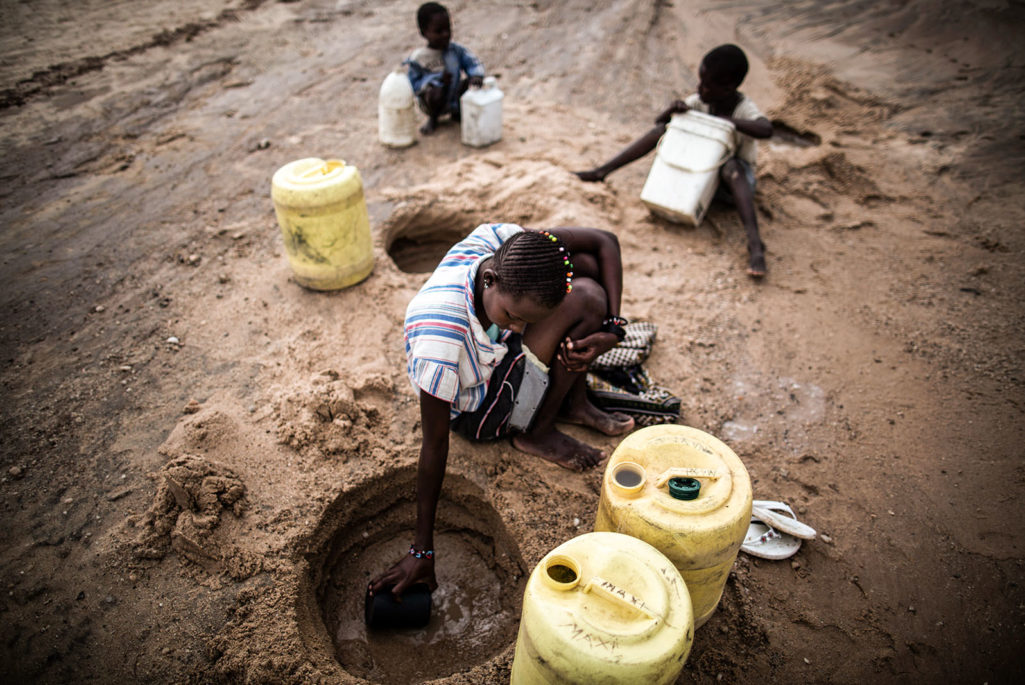 A Turkana woman scoops water from a dry river bed in Nasder, Kenya. A first downpour relieved pastoralists in the drought stricken Kenyan Turakana region after a twelve month span that pushed livestocks and communities to the brink of another looming humanitarian crisis.

One of the biggest challenges for business executives is anticipating and mitigating the trade winds of societal risk. With the broad range of issues that fall under this category, business leaders are too often caught on their heels and forced into a reactive, instead of a proactive, position.

Here is a recap of BRINK’s five top society stories, ranging from the fragile global pension system to the growing concerns about food and water insecurity.

With the technological and societal advancements ushered in at the turn of the 21st century, it’s easy to forget that basic necessities—like access to food and clean drinking water—remain a primary concern in many parts of the world. In fact, issues surrounding food and water security, argues WASH Project Officer Sinéad Lehane, will define the rest of the century.

“Over the next 35 years, population growth, reduced access to fresh water and declining arable land will place mounting pressure on global food and water security,” she writes. “The greatest pressure will be on those countries least equipped to deal with these challenges, increasing the risk of both inter- and intra-state conflict.”

To address this mounting concern, Lehane believes that resource sharing can help alleviate food and water insecurity, and ultimately tamp down on economic instability and violent conflict across the globe.

“Armed with the right data,” writes Ilya Bonic, senior partner and president at the talent business for Mercer, “companies can make the right calls when budgeting for and ensuring the security of their expatriate talent.”

Bonic draws on Mercer’s annual Cost of Living Survey and Quality of Living Survey, which delivers insights on 440 cities across the world and provides rankings based on social, political and economic factors.

While the UN has made significant strides toward its goal of halving world hunger, a startling fact remains: Food security is still a significant risk for 759 million people worldwide. ‘One-size-fits-all’ solutions won’t be sufficient for addressing this worldwide crisis.

“Interventions must be tailored to conditions, including food availability and access, as well as longer-term development prospects,” according to a recent report from the Food and Agriculture Organization. “Approaches need to be appropriate and comprehensive, with the requisite political commitment to secure success.”

Global Pension Systems by the Numbers: Risks on the Rise

As countries around the world aim to solidify the adequacy and integrity of their pension systems, broader trends like an aging population and increased life expectancy pose significant risks.

“Making improvements in pension systems is vital for the long-term security of retirees,” writes David Knox, senior partner at Mercer.

There is no universal pension system to fit every country’s diverse needs, Knox argues. But according to the The Melbourne Mercer Global Pension Index, successful pension systems across the globe share these common attributes:

Crucible of the Middle Class

From the decline in manufacturing jobs starting in the late ‘70s to the financial meltdown in 2008, the American middle class has taken a hit over the last 35 years. Employers, as a result, are scrambling to fill “middle-skill jobs”—positions that require post-high school education but less than a bachelor’s degree.

“How to fill these jobs is the burden of the modern middle class,” writes Brock N. Meeks, executive editor of BRINK. “The challenges associated with retooling, training and retraining their collective base of skills and rebuilding the middle class is a risk that the public and private sector are going to have to tackle in tandem.”

Salvaging the middle class, Meeks argues, will require a “shift in priorities” that encourages Americans to pursue paths other than the traditional four-year college degree track.