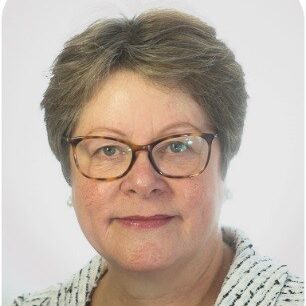 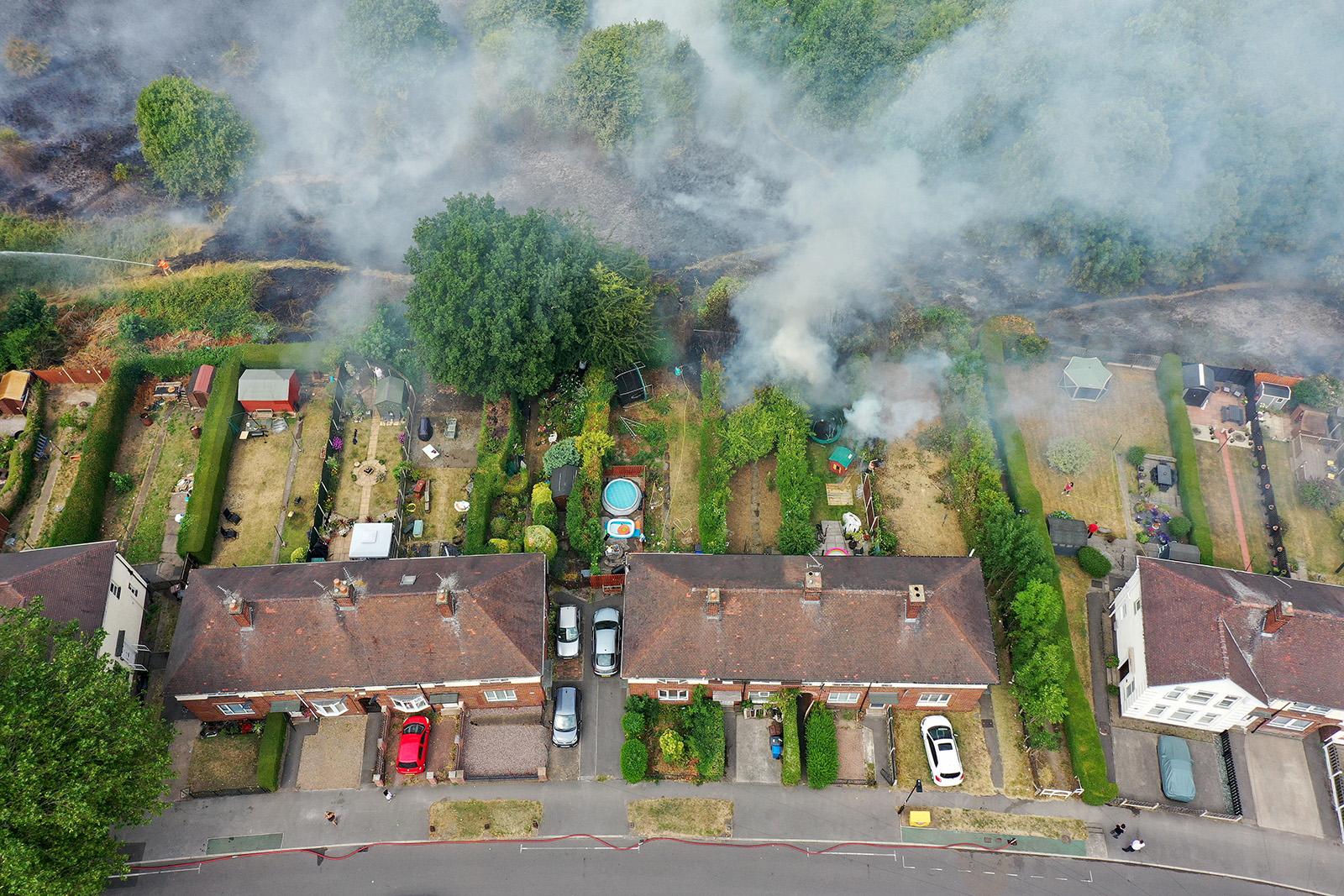 Firefighters contain a wildfire that encroached on nearby homes in the Shiregreen area of Sheffield on July 20, 2022, in Sheffield, England. Multiple fires broke out across the U.K. this summer as the U.K. experienced a record-breaking heatwave.

This summer has demonstrated the increasing frequency of extreme climate events, with floods, heatwaves, droughts and wildfires destroying livelihoods, disrupting supply chains, amplifying the energy crisis and causing significant economic losses around the world. In the U.K., temperatures have exceeded 40 degrees Celsius (104 degrees Fahrenheit), something deemed possible but unlikely before the 2050s.

This seems to have taken us by surprise, despite the warnings of climate scientists, increasingly consistent modeling, and the development of attribution science linking human activity to the changes we are experiencing. The urgency of reducing emissions has never been clearer, but even on a global path to net zero by 2050, temperatures will go on rising until mid-century, making increasing resilience through adaptation to the inevitable changes to come equally critical.

As part of its advice on the Third Climate Change Risk Assessment, the Adaptation Committee of the Climate Change Committee, which I chair, recommended to the UK government in 2021 the need for a vision for a well-adapted U.K. — and the government’s responsibility to deliver this. Why do we think this is such an important recommendation?

We Need to Be Able to Measure Our Progress

Under the U.K.’s Climate Change Act, the Adaptation Committee is required to advise the government on the climate change risk assessment, known as the CCRA, every five years. The government then has to produce a National Adaptation Programme, NAP, to describe how it will address the key climate risks over the next five years, and the committee monitors progress against the NAP.

The problem is that with no end goal (equivalent to net zero for mitigation), the National Adaptation Programme is a collection of actions and processes that might or might not make things better, but it is not clear how much better, or how we will know if things are improving. It is not clear whether the actions are enough, whether we are moving fast enough (the growing level of risk identified between CCRA2 in 2017 and CCRA3 in 2022 suggests they have not been to date) and indeed whether the actions are cost effective because we don’t know what they are going to achieve.

The National Adaptation Programme is not a strong signal for industry or private individuals to invest. We can see the benefits of a clear long-term target and intermediate targets in the approach to mitigation, through Net Zero and the intermediate carbon budgets which the Government has to meet. We need an equivalent approach for successful adaptation.

The Cost of Inaction Is Significantly Higher

Adaptation can be costly, and the costs need to be shared by government, business and private individuals. But the cost of inaction is significantly higher. Taking action now makes economic sense and is an investment: Globally every $1 spent saves at least $5.

In the U.K., the net benefits of adaptation are generally high, with benefit-to-cost ratios as high as 10:1 for some measures such as water efficiency. However, investing in adaptation is difficult without a clear and shared overall vision of what we need to do to adapt and what level of adaptation or protection we, as a country, or society, are aiming for.

We know, for example, that households with lower incomes are likely to be more vulnerable to climate risks and have reduced adaptive capacity to respond.

Government needs to facilitate this, e.g., through resilience standards and, importantly, by being clear about what a well-adapted U.K. can look like and what the government will do — for example in terms of flood protection. People and businesses then know what they need to do, perhaps in terms of where they choose to live, where they put their farm buildings, what property level resilience measures they need to install, what level of disruption they need to prepare for. A clear and shared vision of a well-adapted U.K. helps identify who needs to invest and how much.

Businesses are increasingly interdependent and rely on a complex and often fragile network of global relationships. A failure somewhere in a supply chain can cause a cascade of failures.

A water company which has to be resilient to a 1-in-200-year flood event needs to be confident that the electricity substation on which its pumping station is dependent is working to at least the same resilience standard, otherwise the commitments to customers are meaningless, and the investment from the water company is wasted.

Planning for emergencies needs confidence in the electricity and the communications networks. The biggest challenge that businesses say they have in relation to reporting on their physical climate risks under the Adaptation Reporting Power and the Task Force on Climate-related Financial Disclosure is understanding the resilience of their supply chains and their interdependencies.

Businesses need to know what kind of adaptation efforts have been implemented and where the weak points, in terms of resilience, are likely to be. But it is very hard to access much of the information required. A shared resilience vision and standards would eliminate this challenge.

Finally, fairness is important in adaptation. Climate risk tends to make the worse off even worse off. This is why the Committee on Climate Change has recently published a guide on just transition and climate adaptation, calling for the government to consider inequalities arising from different experiences of climate risks across society and seek to address the inequalities that it may create.

We know, for example, that households with lower incomes are likely to be more vulnerable to climate risks and have reduced adaptive capacity to respond. They may not have flood insurance, and any disruptions or price increases in the wake of climate events is likely to disproportionately impact them, triggering negative feedback cycles, with the cost of these climate impacts lowering income and increasing vulnerability further.

A common vision and common standards would help us to ensure that all parts of the country and all groups get the same level of protection, at least from the government and their suppliers. It would also help local government identify where to focus additional support.

Baroness Brown of Cambridge DBE FREng FRS (Julia King) is an engineer, with a career spanning senior engineering and leadership roles in industry and academia. She currently serves as Chair of the CCC’s Adaptation Committee; non-executive director of the Offshore Renewable Energy Catapult; and Chair of the Carbon Trust.

Mark Campanale Founder and Executive Chair of The Carbon Tracker Initiative
URL: https://www.brinknews.com/britain-needs-a-vision-for-climate-adaptation/
Get ahead in a rapidly changing world. Sign up for our daily newsletter. Subscribe
​​