Building Resilience and the Changing Face of Terrorism 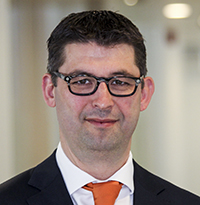 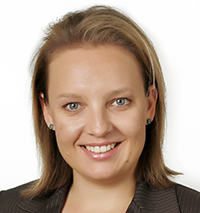 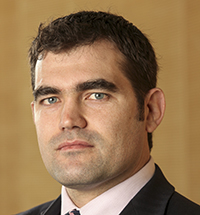 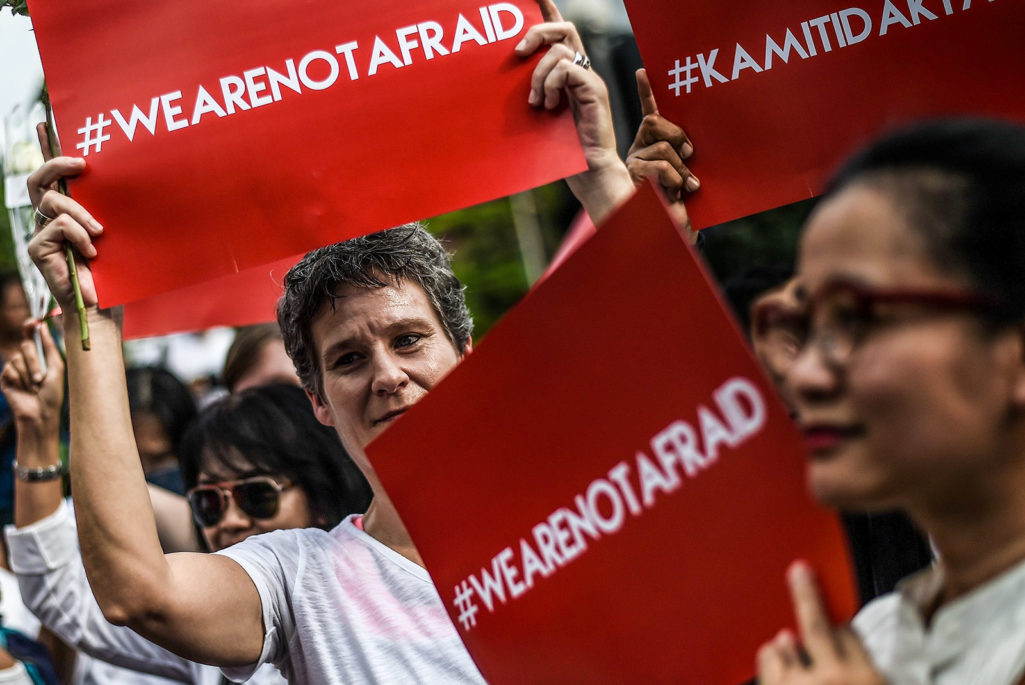 Women hold placards during a vigil outside the damaged Starbucks coffee shop in central Jakarta on January 15, 2016, a day after a series of explosions hit the Indonesian capital. The deadly Paris-style attack in Jakarta has thrown a spotlight on a shadowy Southeast Asian faction of the Islamic State group and offers new evidence of the spread of IS franchises.

We are facing a rapidly changing terrorism threat—the dark side of change and innovation—that is having a greater impact on our daily lives compared to the recent past.

Previously, terrorist acts were perceived as potentially resulting in a big event with a large, single-loss impact driven by large property damage. Today, we see a higher frequency of small “lone wolf” incidents or a well-coordinated group of smaller attacks that focus on instilling fear, primarily through loss of life. These type of events result in minimal property damage and low insured material damage loss.

Following events in recent years, we have seen the affected societies determined to return to everyday life. This is not only pragmatically driven, but serves as a strong signal to terrorists that society will not accept their intolerance of its core values and principles. Supporting this desire for resilience is something we believe the (re)insurance industry can and should help to facilitate.

Following the 9/11 terrorist attacks in the U.S., the industry fundamentally changed in its view on terrorism, realizing that large, catastrophic and unpredictable losses were entirely possible. The black swan event had become the reality. The reinsurance market withdrew from supporting the risk, forcing constraints on the insurance market. Market pools were then established and they largely followed the structure of large natural catastrophe pools, with high market retentions and sizable limits, and focused primarily on protecting the economy against large property related damage values.

In 2014, terrorism-related losses produced only 8.33 percent of the recorded major events, according to the sigma report by Swiss Re. These events, however, accounted for 10.65 percent of all deaths, but only 1.56 percent of all insured losses.

Now, with the underlying risk becoming more commodity driven—due to an absence of any further large events and better risk management techniques—it is now the time to ask: Are these pools still effective in protecting the wider society from terrorism impact?

Previously, we were primarily concerned with the balance sheet impact of a terrorism loss, but today, we need to be more cognizant as an industry of the dynamic nature of this peril and adjust and review how we can best serve our society for protections for possible and probable terrorism scenarios. Where does the capability of the private market stop, and where does the market solution and, ultimately, government intervention, now make sense?

Terrorism losses have not produced property losses close to those of natural catastrophes—or with similar frequency [see chart]. While we still need to be able to support the large values of property that are the most vulnerable to the large attacks, are there other impacts that the industry should be addressing?

Evolving Risk and the Impact on the Insurance Industry

Although Al Qaeda is still active, and with ISIS claiming “success” in its goal to establish a caliphate through methods recognized by the west as terrorism, the likelihood of a big terror event has become more remote in recent years. Intelligence and infiltration have been effective in avoiding such big events by early intervention. The recent brutal attacks, such as those in Paris (Charlie Hebdo, Bataclan), Sydney, Tunis and Hurghada, fit the trend of a changing threat and resulted in minimal property damage, but a high cost of life. While some of the material damage was covered by local fire policies in the various markets, the property terrorism pools remained unaffected.

It is clear that “black swan protection” needs to be in place, but should and can the industry, pools and government adequately respond to the changing types of losses caused by the many changing faces of terrorism, notably, random “lone wolf” type attacks where there is a focus on instilling fear through potential loss of life?

Currently, there is a gap for indirectly affected businesses, such as hotel reservation cancellations post-event, or a downturn in the retail sector. How should our liability and personal accident/accidental death policies respond, and how should we, as an industry, address cyber terrorism?

With coverages being bound and restricted currently by law, any solutions will require an industry approach that proactively interacts and works with the government—particularly to relieve them of implicit exposure that comes from gaps in coverage provided.

The industry can now take a leading role in this discussion, as it has become more adept and creative at evaluating and assessing terrorism risk.

The challenge of ensuring the security of the general public continues to evolve and change in response to a changing terrorist threat. As part of this challenge, governments are putting in place preventative measures, mitigation and recovery plans and security protocols. The financial aid that the industry pools can provide forms an important part of this response.

Furthermore, reinsurance can move governments further away from the liability, transferring the burden to the private sector in the event of a loss. This support could also be seen as source of resilience to counteract the basic aim of terrorist groups: to instill fear.

The (re)insurance industry has infrastructure and expertise in place that can allow for rapid distribution of funds that government does not. By harnessing this infrastructure, the pools and local industry can provide financial support to affected individuals, small and mid-size businesses and corporations, allowing the stabilization of livelihoods and providing support for a distressed population.

Pools can use their “middleman” role between the government and industry to explore options beyond the traditional types of coverages currently provided. This would be a strong example of how corporate social responsibility can be effective, utilizing the expertise and infrastructure already existing in the insurance industry in conjunction with the expertise and specialist knowledge held by government departments.

The (re)insurance market and pools, in combination, can contribute in a highly effective and efficient manner for society by absorbing the often devastating impact of a terror attack. They can do so not only by refunding the (re)insured losses, but by using its knowledge and infrastructure to support populations in their determination to build resilience and return to everyday life, post-event.

Roelant de Haas is CEO of Guy Carpenter, Belgium, Netherlands and Luxembourg Region. Previously he was CEO of Achmea Reinsurance.

Emma Karhan is Managing Director for Guy Carpenter. She is responsible for our Terror Specialty in EMEA, which supports the company’s wider efforts with the government terror pools around world.

Matthew Day is Senior Vice President and a capital optimization specialist within the Strategic Advisory team at Guy Carpenter with specific responsibility for the rating agency advisory offering. He is responsible for placing capital-focused reinsurance transactions, advising clients on centralization of reinsurance and the creation of internal reinsurance vehicles. Matthew has regional Strategic Advisory responsibility for the African and Middle Eastern area. Previously, Matthew was Head of Guy Carpenter’s EMEA Business Intelligence team.

Andrew Yeo Senior Fellow and SK-Korea Foundation Chair in Korea Studies at Brookings Institution’s Center for East Asia Policy Studies
URL: https://www.brinknews.com/building-resilience-and-the-changing-face-of-terrorism/
Get ahead in a rapidly changing world. Sign up for our daily newsletter. Subscribe
​​