Can Blockchain Power The Energy Business? 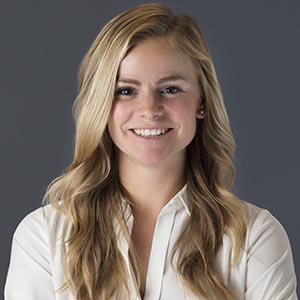 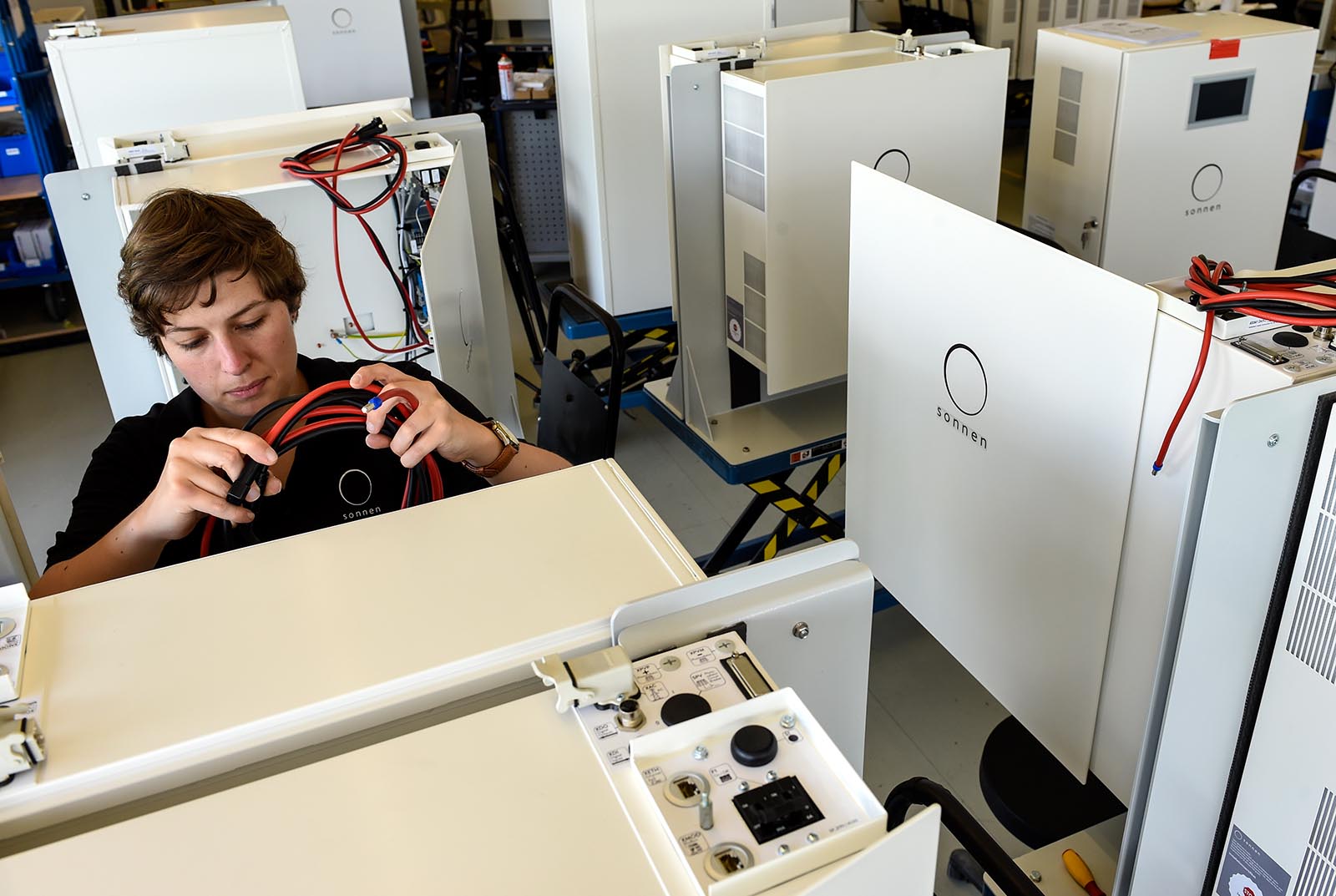 An employee working for the manufacturer of solar batteries, Sonnen GmbH, in the Bavarian village Wildpoldsried, southern Germany.

This is the fourth in a five part series on the business impact of blockchain technology.

The electric power industry has changed more in the past 10 years than the previous 100.

Thanks to dramatic cost reductions in renewable energy, the installation of smart devices, and improvements in software, we are now hurtling toward a decentralized, decarbonized and digitized electric grid. Today, more than 1 million American homes have solar, hundreds of thousands of electric vehicles are on U.S. roads and more than 70 million homes have smart meters. The grid is smarter, cleaner and more flexible than ever before.

The smart grid industry is not alone in its dramatic growth over the past decade. Applications of blockchain technology have skyrocketed since Bitcoin’s white paper was published in 2009, propelled by more than 1,000 initial coin offerings, billions of dollars of private funding and serious hype.

Blockchain and The Smart Grid

Blockchain technology has come into existence at a time when our increasingly complex electric infrastructure requires new management solutions that are smarter—and simpler—than the status quo. From an investor standpoint, the energy and blockchain industries are coming together in interesting ways.

The first-ever blockchain in energy transaction occurred in a microgrid in Brooklyn in April 2016. Since then, more than 100 energy blockchain startups have entered the space, backed by hundreds of millions of dollars in investment. While the industry still is young in terms of deployments (only 40 pilot projects have been installed to date), startups are focusing on a few use cases that may be well-suited for energy.

Most existing startups in this market have initially focused on blockchain-enabled energy trading. Though the physical dimension of the electric grid has changed considerably due the proliferation of distributed energy resources, the financial dimension of energy transactions has remained stagnant. Here, blockchain shows promise. The technology can help create a virtual economic grid where consumers trade power among their own devices, their neighbors’ resources and the grid. Real time energy trading between peers could be automated, because blockchain is uniquely able to create digital agreements that self-execute when conditions are met, known as “smart contracts.”

Blockchain could manage your energy preferences

Blockchain puts the power to control power in its users’ hands. Residential consumers with solar on their roofs can specify the price at which they would be willing to sell surplus power, and neighbors without solar can set the rate at which they would prefer to buy from their neighbors rather than the utility.

Customers would set their preferences via an app, which would then translate the preferences into a smart contract on the blockchain. Most likely, a custom hardware device would also be installed on the customer’s home. The blockchain would receive price signals from the grid, output data from the solar array and usage information from the home.

Based on these data inputs, blockchain would execute energy trading transactions according to the customer’s smart contract preference. Since the average American spends less than 10 minutes a year thinking about their electric bill, the fact that blockchain can automate this process makes customers more likely to use the solution. Trading can occur within a microgrid, a designated geographic area or in a utility territory.

IBM has piloted a similar concept through a partnership with Sonnen, a residential energy storage company based in Germany, and Tennet, a grid operator in the Netherlands and Germany. In the pilot, Tennet sends a signal via IBM’s blockchain to Sonnen’s fleet of residential batteries to charge or discharge depending on the grid’s needs. Residential customers receive the batteries for free in exchange for agreeing to relinquish occasional control to the grid operator.  Battery management for grid services is being done today by companies like Autogrid and Advanced Microgrid Solutions without the use of blockchain.

Another growing blockchain in energy application uses tokens to track electricity generating assets. In this application, blockchain companies create a token that represents one unit (often one kWh) of renewable electricity that a particular project has produced. These tokens are then sold to investors, businesses and consumers.

While there is potential for blockchain to help transform the energy sector, key questions remain.

Tokenizing electricity can allow people to share the ownership or output of renewable projects, and potentially increases liquidity in the renewable project finance market. Community solar, where a solar project is sold in pieces to multiple remote customers, is one such model and has already been adopted in 26 states without blockchain. But blockchain could make this structure more widespread and enable borderless transactions.

Energy blockchain startups have many applications beyond those featured here, including tracking electric vehicles charging, registering renewable assets and generation, and wholesale gas and power trading. The Energy Web Foundation, a non-profit organization focused on accelerating blockchain technology across the energy sector, has identified more than 200 potential use of blockchain in energy.

Both the energy sector and blockchain technology are rapidly changing, so the best uses cases are continually evolving, making the best investment targets difficult. But finding the right use case is just one of many potential roadblocks for energy blockchain startups.

Where Are The Downsides?

While there is potential for blockchain to help transform the energy sector, key questions remain—especially for venture capitalists determining how to invest in the space.

Regulation. Because the energy sector is highly regulated, many possible blockchain in energy applications are currently prohibited or run the risk of becoming so later.

In energy trading, for example, there is a risk of being regulated as a utility for buying and selling power. Companies producing tokens also worry about Securities and Exchange Commission regulations. Most pilot projects to date have been implemented in places where regulators have allowed temporary “regulatory sandboxes.”

It’s one thing to invest in a company that carries some regulatory risk; it’s another issue to bet on specific regulatory change for a company to operate legally. In the long run, multiple rules must change to allow blockchain to realize its full potential in energy.

Transparency. Blockchain is attractive because it can provide public, trustless networks. But wholesale trading and end customer usage data is largely private. And most energy trades need to be authorized by a trusted party. Private and permissioned blockchains certainly exist, but startups will not scale at the pace necessary to justify venture investment if they can’t adequately address privacy and trust issues.

Too energy-intensive. The blockchain industry also must find less energy-intensive ways to process transactions. Bitcoin mining already consumes more electricity than the country of Ireland, and single transactions can consume the equivalent of a full charge of an electric vehicle. Making the grid cleaner and more efficient through blockchain is irrelevant if the technology itself is using more electricity than it could ever save. Changing the consensus protocol from proof of work to proof of stake or proof of authority is less energy intensive and a step in the right direction.

The ability of a startup to retain value and exert pricing power in the space, perhaps the most important consideration from an investor standpoint, is unclear. Even for startups that have identified a business model in addition to their use case (many have not), the applications are too early for market power dynamics to have played out. Will it be the software and services layer like IBM that is the most powerful? The applications layer that interfaces with the customer? Or the distributed energy company that acquired the customer in the first place? For venture capitalists used to investing in later-stage startups, there are simply not yet enough deployments to answer these questions.

We are still in the early days for blockchain in energy. Many companies are still hammering out the details of their solution, not to mention attractive business models or paths to profitability. But if the blockchain industry can navigate regulatory hurdles, increase privacy, lower transaction costs and find scalable business models, blockchain will be an enabler of the future of the smart grid.

Cassie Bowe is an associate vice president at Energy Impact Partners, a $675m growth equity fund backed by 14 global utilities. Prior to joining EIP, she worked for 5 years at SunPower, one of the largest global solar companies, in policy and strategy. She has also gained operating experience at energy storage, micro-grid and energy asset management startups in business development and finance roles. Cassie was selected for Forbes 30 Under 30 in Energy (2018).