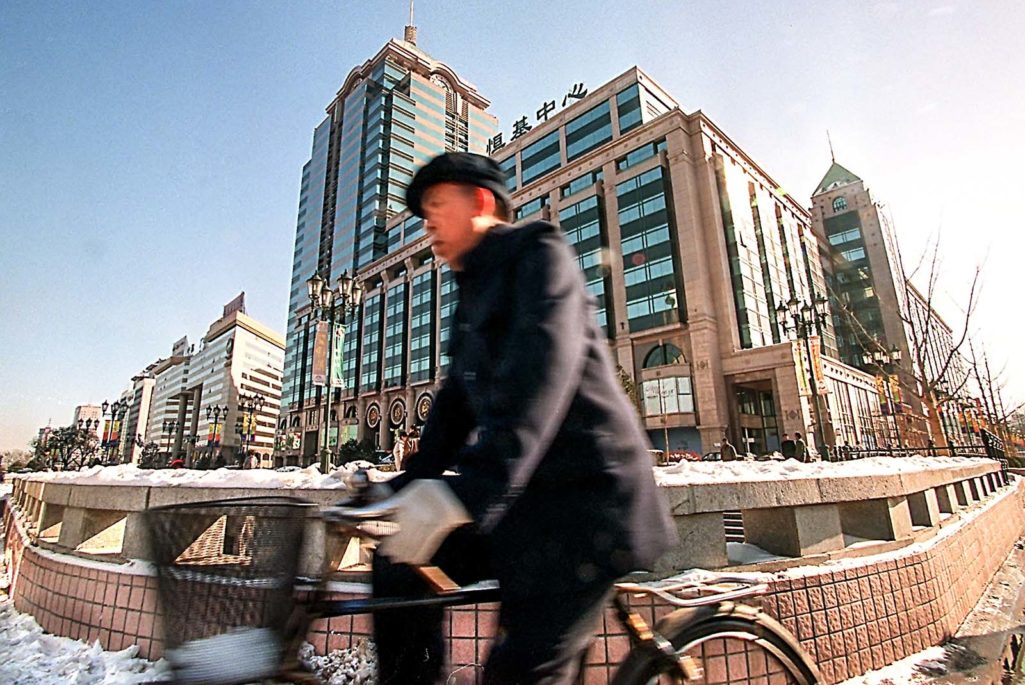 A man rides his bike past one of Beijing's newest and most modern shopping and business complexes. Twenty years of reform and opening have transformed a centralized Chinese economy into an increasingly market-driven system.

Emerging economies have gained strength in wealth and influence over the past two decades, bringing about radical changes in the global economic landscape. The rise of their multinationals, the so-called emerging market multinationals (eMNCs), is an illustration of this phenomenon.

The overseas expansion of eMNCs has indeed been remarkable: For instance, about 20 percent of global outward investment flows today are accounted for by a group of 20 top emerging economies, the E20*; which had a share of 2 percent at the turn of the century. Not only have emerging market multinationals significantly increased their investment abroad, but they have also made significant inroads in the global corporate world.

For instance, today, about 30 percent of the firms in the Fortune Global 500 list (based on revenues) are enterprises from emerging markets (less than 10 percent 10 years ago). China leads the trend: With 98 companies, it ranked second in 2015 in terms of number of Fortune 500 firms—not far from the U.S. (128), but much more than the number 3, Japan (54). However, a wide array of emerging economies is represented in the list: 14 of the E20 grouping are mentioned, although sometimes with only one entry in the list. The new players come mainly from China, Korea, India, Brazil, Russia, Mexico and Indonesia.

Beyond the fact that emerging market multinationals significantly increased their presence among the largest corporations in the world, perhaps as remarkable is the fact that several have made it to the very top, becoming world leaders in their own sector. Let’s take eight key industries: banking, logistics, automobile, telecom, engineering and construction, petroleum refining, mining, crude oil production and mining. In 2004, based on the Fortune Global 500 ranking, there was no emerging market multinational among the top five world leaders in these industries while, in 2015, 40 percent of such leaders came from emerging economies, largely dominated by China.

The shift has been particularly marked in banking (where all but one of the five leaders are Chinese), engineering and construction (where all top five are Chinese), and mining and crude oil production, as well as metals. In less traditional industries, such as IT consulting for instance, three Indian corporations are among the world’s largest (TCS, Infosys and Wipro). In e-commerce, or platform industries, a similar trend is developing; witness Alibaba, and Wechat (Tencent), for instance.

About 30 percent of the firms in the Fortune Global 500 list are companies from emerging markets.

The overseas expansion of emerging market multinationals has disrupted the global competition landscape. These firms have been deploying themselves not only in their natural markets—mostly other emerging economies—but also more recently, and quite effectively, in developed markets, conquering industry leadership positions (as illustrated above) in the process.

The competition from these new leaders has become more acute both in developed and emerging markets. Will the trend continue? Is the balance tilting in favor of these newcomers? Some observers would argue that it is, given the increasing weight and influence of emerging markets in the world economy and the importance of consumer demand in those markets. It is an open question, even more today than before, and this is for several reasons: