Can the Belt and Road Initiative Be Green? 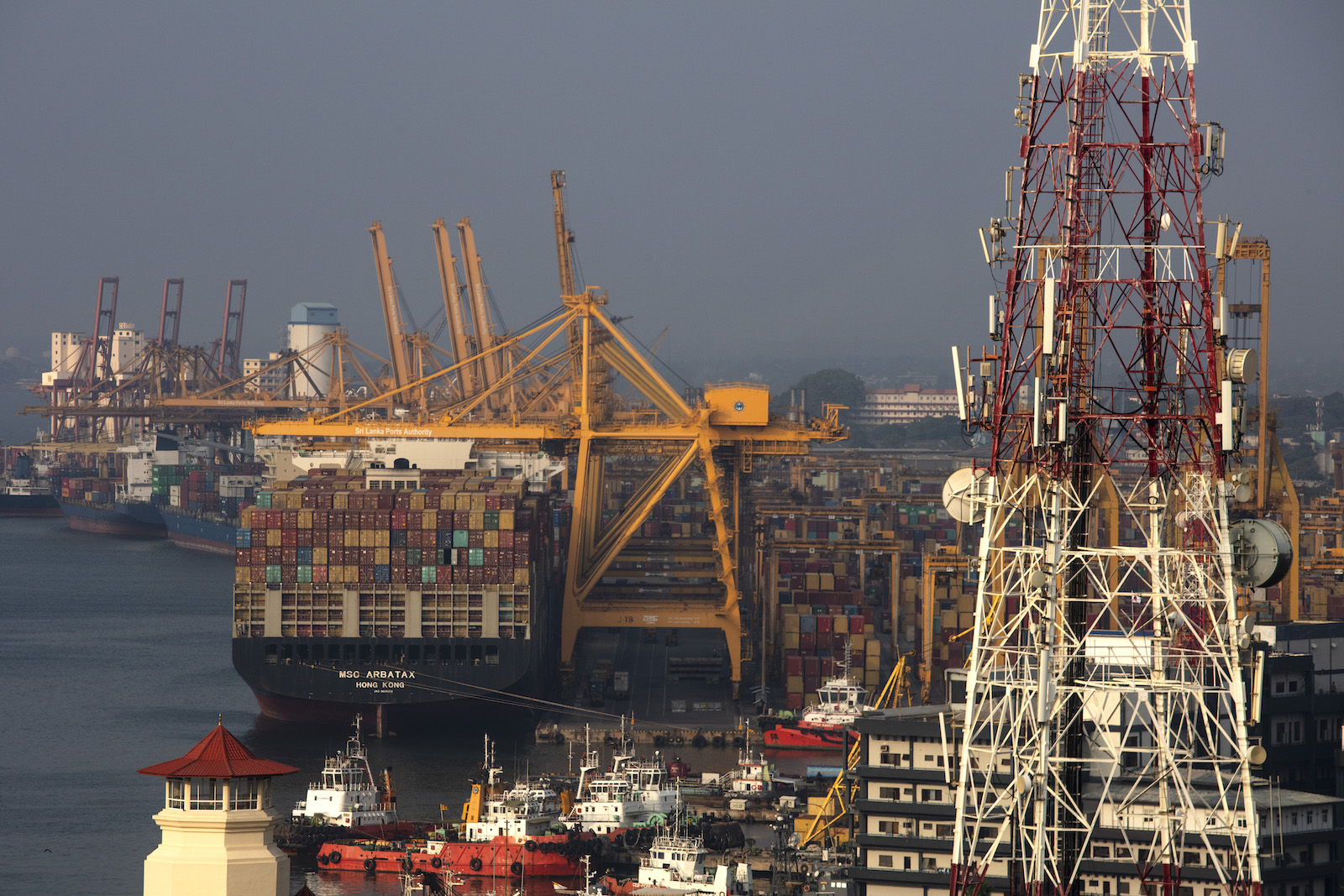 The Colombo deep sea port is seen as container ships move along the ocean in Colombo, Sri Lanka. Chinese investments paid for numerous projects in Colombo, a critical link for the Belt and Road Initiative.

China’s Belt and Road Initiative is foremost the country’s bid to improve economic integration with economies across Eurasia and into Africa. But, the project—while extraordinary in scale and reach—poses many questions, particularly around its commitment to the environment. Notably, can China successfully dovetail its BRI-related investments with its Paris Agreement targets? Or, instead, are these efforts mutually exclusive?

China’s growth since the turn of the millennium has been largely predicated on its use of fossil fuels. Yet, a repetition of this carbon-rich growth model across 72 countries along the Belt and Road would, of course, be at odds with worldwide commitment to carbon emission reduction. Though China has, in recent years, changed its trajectory by becoming a global leader in renewable technologies, discrepancies remain in China’s definition of what constitutes “green.”

This is partly due to the country’s use of fossil fuels, which amounts to nearly 88 percent of its annual energy consumption. It comes as little surprise, then, that since 2007, China has been the largest emitter of greenhouse gases.

But is the tide beginning to turn? As well as being the largest consumer of coal, China is now also home to one-third of the world’s wind power, a quarter of its solar panels and the largest electric car market—all part of an effort to increase China’s non-fossil fuel capacity from 13 percent to 20 percent by 2030.

And, to fund this vision, China plays a critical role in the development of green financing tools, including green bonds, climate bonds and green loans. China’s green bond issuance, for instance, accounted for 39 percent of global totals in 2016—enough to dominate this growing market. And while 82 percent of China’s green bonds were issued domestically in 2016, the transition toward green financing is certainly not limited to China’s domestic endeavors.

Green Finance and the BRI

By 2049, it is estimated that $8 trillion will have been invested into the BRI—making it near impossible for China to rely solely on public finance. As a result, the deputy governor of the People’s Bank of China believes that green financing will be a “key pillar” of the BRI’s success, a trend already discernible in the financing markets.

For instance, in November 2017, Commerzbank—acting as joint lead manager and joint book runner on the deal’s European tranche—assisted the China Development Bank with the successful issuance of the first green BRI bond. The proceeds from the five-year $500 million and four-year 1 billion euro tranches ($1.1 billion) will contribute to renewable energy, clean transportation and water resource management projects located in strategically significant locations along the BRI, including China, Kazakhstan, Pakistan and Sri Lanka. In the same month, the Bank of China sold a climate bond in three currencies.

Numerous standards promise fair incomes for commodity producers—but distinguishing those that are reliable, compared to those that are “greenwashing,” is difficult.

China’s expansion into green financing has not been without complication, however. Currently there are various metrics used to measure whether a bond is green, creating a mismatch between Chinese and international definitions. For a bond to be internationally recognized as green by a body such as the Climate Bonds Initiative (CBI), at least 95 percent of the proceeds must be invested into green projects.

Crucially, the CBI’s definition excludes fossil fuel retrofits that, while cleaner and low-carbon, are incongruent with international climate goals. Of all coal plants going online in the next decade, China’s energy companies are involved in almost half, either at home or around the world. The result is that, in 2017, 38 percent—or $14.2 billion—of China’s green bond issuance did not meet international green definitions.

So, what is being done? To better harmonize standards, the CBI has been looking to launch Green Bond Connect, in partnership with the Hong Kong Stock Exchange, which would allow investors to identify which bonds are certified green by the CBI and thus meet international standards.

China, too, is beginning to address the issue. In December 2018, China announced its plans to exclude “clean coal” from its green bond. The decision represents a big step toward the global adoption of green definitions. In tandem, China is working alongside international banks to implement more intelligent, tailor-made hedging tools that may help offset some of the risks inherent in the BRI. What China is rapidly learning is that sustainable investment is becoming the international standard.

Assessing sustainability in such detail is also important when it comes to trade. Environmental risks associated with climate change are worsening, which, in many cases, can lead to material effects on supply chains. In addition to protecting our ecosystem, increasing corporate longevity is another clear rationale for adapting behaviors.

Again, clearer certification could help. Numerous standards and labels promise fair incomes for commodity producers—but distinguishing those that are reliable, compared to those that are effectively “greenwashing,” is becoming more difficult.

In close cooperation with major bodies, those active in the trade finance industry are looking at determining what a trustworthy certificate should contain and how it should be constructed. This should drive more reliable certificates that guarantee a fair deal for producers at the start of a supply chain, promise safe and secure labor conditions for those working across it and offer protection for the environment.

By collaborating with international banks and organizations, China can fully embrace internationally accepted green definitions and technologies, allowing the huge and laudable ambition of the BRI to be matched by, and complementary to, the climate and sustainability goals of the international financing community.

Ruediger Geis is responsible for Commerzbank’s representation on trade industry initiatives and is located in Frankfurt. He represents the financial services sector on global and regional industry bodies and is in charge of new and evolving trade communication methods.