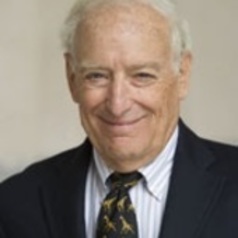 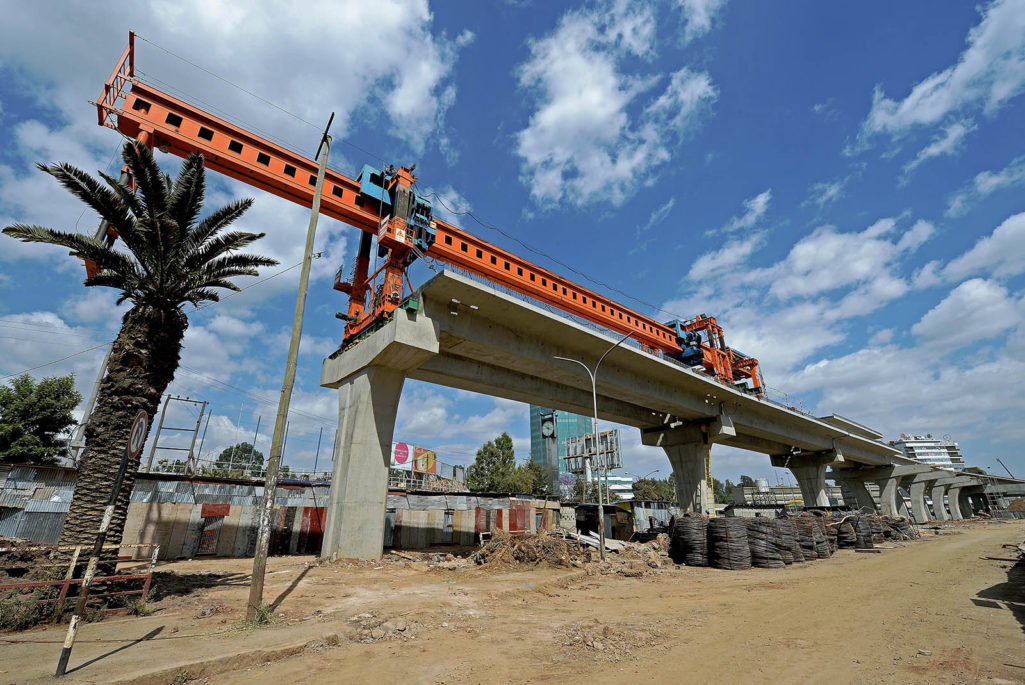 A picture taken on January 15, 2014 shows part of the Addis Ababa light railway under construction in Addis Ababa. The Addis Ababa Light Railway system contracted by the China Railway Group Limited will have a total of 41 stations.

The latest sign arrived on October 23, when China cut two benchmark interest rates to spur growth. It was the sixth time since November that China’s central bank has lowered rates and came after a report revealed that its economy grew at the slowest pace in six years.

That’s very bad news for Africa, which has been growing ever more dependent on China, not only to buy its natural resources but also to upgrade its decaying roads, bridges and dams. In the first half of the year, Chinese investment in Africa plunged 84 percent.

China is the continent’s single biggest trading partner. That means that a slowing China translates into less demand for Africa’s vast resources and less investment in infrastructure, which will cause the continent’s ability to grow—and to produce better lives for its one billion people—to falter.

Africa is China’s Source for Fuel

Markets have been fretting about a slowdown in China for many months. Its economy grew just 6.9 percent in the third quarter, down from 7.4 percent in 2014 and the double-digit gains experienced for the much of the past two decades.

And to some, even that figure is optimistic, masking much weaker growth, such as the 4 percent drop in exports and 21 percent slump in imports in September.

Weaker growth means China won’t need nearly as much oil, gas, copper, iron ore and other resources that it has been gobbling up to fuel its breathtaking economic expansion. Africa has become the main source of that fuel, creating a symbiotic relationship that has benefited both parties.

Africa has all the resources—from coltan and cobalt to diamonds and gold—that China desperately needs to feed its industries and to satisfy domestic consumption and exports to profitable European and North American markets. Whenever we purchase computers, cellphones, blankets and flip-flops, we help Africa prosper.

China in turn sends cheap consumer goods back to Africa, poultry, some manufactured items, tourists and a variety of technologically advanced items. But the balance of trade tips relentlessly in Africa’s favor.

Overall total trade both ways between Africa and China amounted last year to more than $200 billion, dwarfing the totals for Europe ($137 billion) and the U.S. ($85 billion).

All that trade between China and Africa has made many countries and individuals richer, but it also has a flip side. According to the International Monetary Fund (IMF), a one percentage point decline in China’s domestic investment growth correlates to a 0.6 percentage point drop in export growth of sub-Saharan Africa countries, with even larger effects on the resource-rich places such as the Democratic Republic of Congo, Zambia and South Africa. So any slowdown in China has strong, even disturbing, repercussions.

China’s importance to Africa is as much about what it builds as what it buys.

China’s importance to Africa is as much about what it builds as what it buys.

Back before the 1960s, sub-Saharan Africa’s colonial rulers provided a basic infrastructure before they left (or were pushed out), from roads and railways to sanitation systems and hospitals, often on the backs of African taxes and exploited African labor.

After independence, a few sub-Saharan African countries built new dams, a few roads, many schools and better airports. But, as commodity prices slumped, good governance collapsed, corruption escalated and foreign exchange reserves vanished, and most of Africa failed to reinvest in infrastructure. This erosion left water pipes leaky and corroded, railroads weak and unstable and hospitals and clinics decrepit.

About eight years ago, when its drive to acquire African resources—especially oil—became obsessive, China began to help Africans refurbish and upgrade what had by then become an infrastructure much too limited and too unreliable to serve its growing, more assertive new middle-class populations.

China has built it all, from the new ring road around Nairobi to the reconstructed Tazara Railway between Tanzania and Zambia, plus ports, hospitals research centers, skyscrapers and power plants. To give a sense of the magnitude, the Chinese have helped build about 300 massive dams in Africa. In no sector have the Chinese been more critical to sub-Saharan Africa than in the construction of dams to provide hydropower for local industry, local consumption and potential export. China is busily building the dams that the World Bank and other Western donors have disdained on account of serious environmental concerns or disagreements with host governments about economic viability. China has gone ahead and constructed them regardless.

Africans pay for all of these infrastructural improvements by pledging oil and gas shipments, copper or iron ore exports and other commodities. Sometimes China writes off the loans that undergird these endeavors; other times, it provides soft loans and extends long lines of credit.

Whatever the precise mix of loans, cash or bartered commodities that Africa returns to China, its countries do receive the new roads and everything else that their expanding populations require, but the ruling elites tend to profit from rents, kickbacks and tangible largesse.

What China rarely does, however, is transfer technology to locals. Nor does it routinely employ African middle managers or even foremen. Sometimes, it even imports masses of pick-and-shovel laborers direct from China to work on the roads or down the mines.

Africans have complained, but their leaders have largely been content to cut deals with China and overlook China’s failures on the employment front, despite most sub-Saharan African countries having unemployment rates of 50 percent or more.

There have been a few failures, too: a hospital in Angola had to be torn down, a road in Zambia collapsed, a coal-fired plant in Botswana never worked well, a refinery in Cameroon polluted the atmosphere more than anticipated and a mine in Gabon produced poorly, among others.

But China’s biggest failings have been of omission.

Professing never to interfere in the politics or foreign policies of African nations, and preferring routinely to deal with the ruling classes in one African country after another, China has professed to ignore dictatorships, human rights violators and violations, corrupt practices and vast fields of injustice. It even awarded the 2015 Confucius Peace Prize to President Robert Mugabe of Zimbabwe, a certified dictator and criminal.

In that manner, China supplied the aircraft, guns and ammunition that Sudanese government forces used to kill civilians in Darfur, Blue Nile and the Nuba Mountains. China supports the wildly corrupt coterie that controls Angola, backs similarly distasteful regimes in Cameroon and Equatorial Guinea, consorts with unsavory politicians in places such as Malawi and Sao Tomé and is seemingly content to let African ruling classes use Chinese largesse for themselves instead of for their countrymen.

China is bigger, wealthier and has more leverage in negotiations than any single African country, hence the ease with which China has developed secure relations with nearly every state in sub-Saharan Africa.

China also has embassies and military attachés in many more capitals than does the United States. In terms of soft power, it supplies Confucius Institutes to several African countries, teaches Mandarin in many African cities, seeds Kenyan and other television news with official Chinese propaganda and covers Africa on its overseas news service.

The relationships are all effectively bilateral arrangements. Africa has not yet managed to negotiate with China multilaterally, on behalf of all of Africa, or even through one of the continent’s sub-regional entities such as the Economic Community of West African States. Both options would give Africa much more leverage to influence the scope and quality of the Sino-African interaction, and at least gain more jobs for its own citizens.

The Chinese are not 21st-century colonialists. They have not come to Africa to uplift the locals, to evangelize, to end the slave trade or to find themselves. Africa is not an existential endeavor for the Chinese, although more than one million have already decided to settle permanently in Africa as farmers, fishermen, plantation owners, bankers, educators and serial entrepreneurs. For China, it is all about profits and engines of growth.

As Africa’s population soars in this century, almost to equal China’s and India’s combined, only China can supply the income stream essential to support the enhanced social services and demographic dividend required if Africa, over the next few decades, is going to emerge from poverty to takes its rightful, strong position in a troubled world.

In order to keep Africa as a fit contributor to the global economy and to China’s own growth, China should transfer technology to, as well as boost employment in, Africa. It should also cease propping up dictators and feeding the corruption that is de-developing so many of Africa’s commodity exporters.

Most of all, China must continue to grow economically if Africa is to sustain its own prosperity and improving standards of living. Nothing matters more to the future of Africa.

Founding Director of the Program on Intrastate Conflict, Kennedy School at Harvard University

Robert Rotberg is the Founding Director of Harvard Kennedy School’s Program on Intrastate Conflict and President Emeritus of the World Peace Foundation. He was President of Lafayette College and Academic Vice President of Tufts University, and Professor of Political Science at MIT. He is a Fellow of the American Academy of Arts and Sciences. He was Fulbright Research Professor at the Paterson School (Carleton) and the Balsillie School (Waterloo), both international affairs graduate schools in Canada. He has published a number of books on failed states, governance, corruption, African politics, Burma, Haiti, and Sri Lanka, plus books on China in Africa and preventing genocide.

Zack Cooper Senior Fellow at American Enterprise Institute
URL: https://www.brinknews.com/chinas-economic-slowdown-threatens-african-progress/
Get ahead in a rapidly changing world. Sign up for our daily newsletter. Subscribe
​​