Cities Need To Get Smarter about Their Food 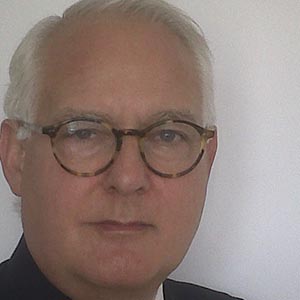 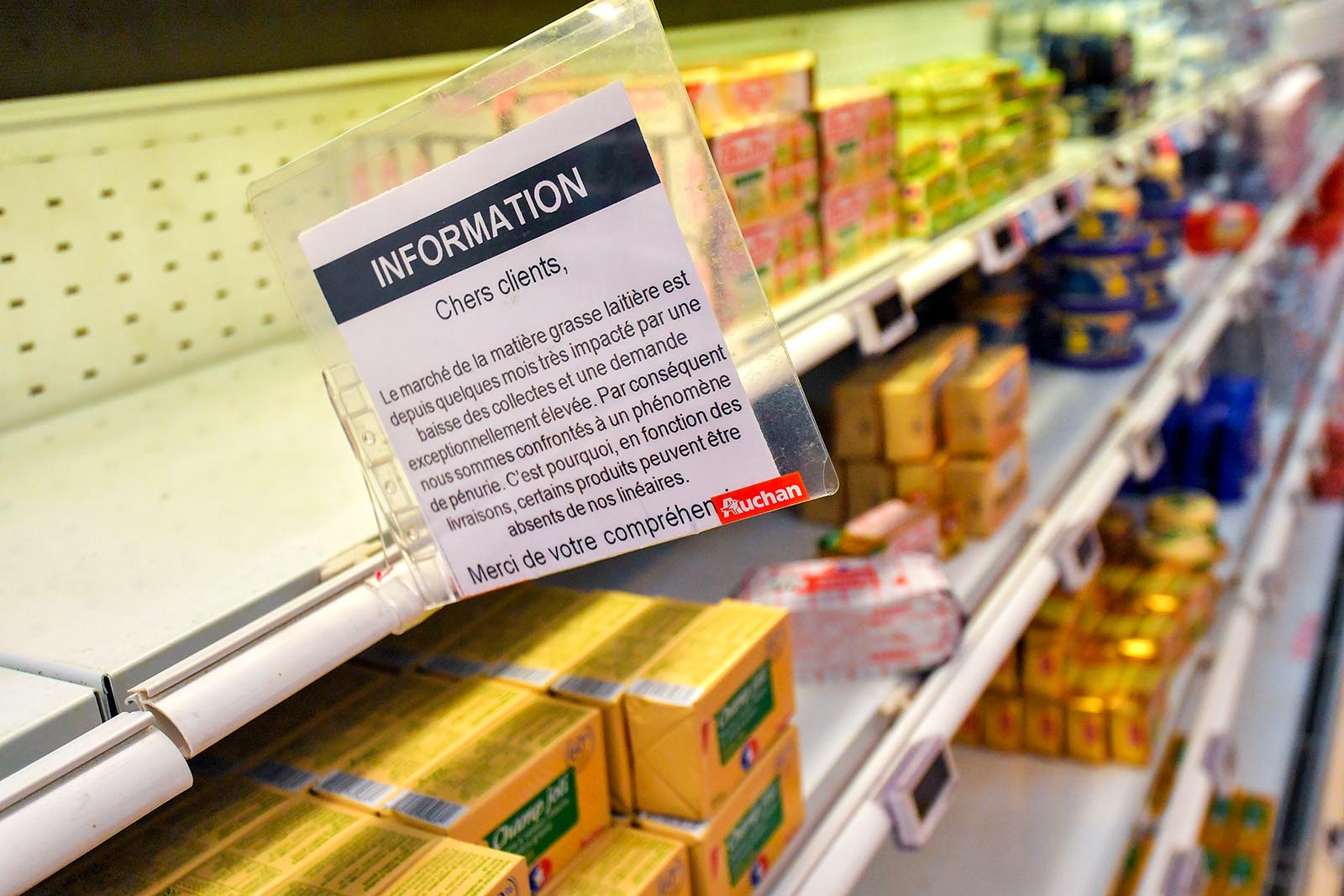 A sign at a supermarket in western France explains that they have run out of some types of butter. Rising demand for French pastries in Asia contributed to butter shortages in France last year.

Since the turn of the century, food retailers have patched together an impressive global food supply chain. On my food shelf right now in Ireland are baby corn from Thailand, salad onions from Kenya, asparagus from Mexico, and baby carrots from South Africa.

It is the last of these that may catch your attention. South Africa, the source of the baby carrots, has been in the spotlight recently, because drought has threatened to bring one of its biggest cities, Cape Town, to a halt. It is facing the ultimate in drought stress: no more water.

Kenya, the source of my onions, is also stricken with drought. In the northern part of the country, deadly warfare in the Turkana, Marsabit and Samburu areas has been spreading south into the region of Laikipia as pastoralists, stressed by a lack of water, seek out more grassland. Laikipia is Kenya’s second largest flower-growing area, and Kenya is the largest flower exporter in the world. Whether they are onions or cut flowers, drought-stressed Kenya is exporting its valuable water in the form of fresh produce.

Water shortages are not confined to Africa. A 2016 study using NASA geospatial data estimates that, while drought affects nearly 2 billion people across the globe, as many as 4 billion face acute water shortages for at least one month of the year, with half a billion facing water scarcity all year round.

In short, over half the world’s population is living on the edge of a water crisis, 130 million of whom live in the United States. This crisis is intimately linked to food supply.

The Food Chain Under Stress

The long and remote nature of the global food supply chain throws up two major issues.

The first is provenance. How do we know if the food we eat is adulterated or not? In 2013, the United States food market was corrupted by adulterated syrup dressed up as honey. There are comparable problems in fish provenance and the inputs to meat products. Global retailers have not been as diligent as one might expect in instigating traceability systems.

The second problem is more worrying. We rely on food from drought-stressed parts of the world, and our own Western, farming methods are adding to land degradation. The world is currently losing 12 million hectares a year to bad land management, according to the UN. At the same time, adverse weather events mean that food stocks are at historic lows, leaving the world vulnerable to food price shocks (in 2011 food prices rose by 38 percent). At the same time, cultural changes in Asia are leading to more meat consumption, putting even more pressure on land. Farm wages tend to be low—lower than a living wage—and unlivable income is often a provocation for armed conflict.

Food integrity is not just a provenance issue. It is about creating a more livable world. Consumer awareness can help catalyze change.

Combine these factors with climate change and population growth, and you have what NATO and the Pentagon describe as a threat multiplier. Put kindly, these issues threaten to disrupt the business model powering today’s long-distance food supply chains.

Retailers and their aggregation partners in distant countries have clean, slick operations that can take produce from large farms to our forks in a matter of hours. But is it realistic to expect global food retailers to solve this problem?

Changing land-use patterns are a collaborative process that retailers will not lead because the inevitable consequence will be price rises. However, it is not smart to leave this side of the market to hit a wall in five to ten years time. Consumers in cities need to take a lead in ecosystem creation.

From our work in ecosystem design and management, we would argue that the idea of a supply chain is outdated. What is needed instead are ecosystems of producers, consumers, aggregators, freight companies and retailers that can prioritize land reclamation and better water capture.

Those mechanisms speak to the rural/urban division that has dogged many societies as they industrialize. Rural and urban communities may have different cultures and objectives, but the net result affects both. Land-use patterns that were nearly sustainable at lower average temperatures are becoming unsustainable. Income levels that could be brushed aside as a natural feature of rural poverty in emerging economies are difficult to accept when the secular trend is toward increasing levels of armed violence.

A recent study pointedly concluded that the likelihood of low-level violence escalating into civil war doubles after periods of reduced rainfall. In this environment, food prices are bound to go up, and some produce will become scarcer. The “externality” cost of long-range food supply is rising.

Food integrity is not just a provenance issue. It is about creating a more livable world. Consumer awareness of the damage done by the food chain in a warmer world can help stimulate the collaboration needed for land-use patterns to change.

The urban world where most of the food is consumed needs smart labelling that provides assurances about land-use changes, and a constituency that supports fully ethical products. The future food ecosystem will link us to the people who grow it and allow us to see if the land is degrading or improving as well as whether people are content or stressed. It will allow us to incentivize each other to be good ecological actors.

The technology for immutable records of good action exists. Blockchain has many advocates; recording all the transactions that go into cultivating good soil and better managing water capture is a use case waiting to be built.

Howard Burris has had a long career in the financing of development aid and economic reconstruction. He was formerly CFO at OPIC and currently works in private equity and sovereign funds management.

Carolina Klint Risk Management Leader, Continental Europe at Marsh
URL: https://www.brinknews.com/cities-need-to-get-smarter-about-their-food/
Get ahead in a rapidly changing world. Sign up for our daily newsletter. Subscribe
​​