Singapore and the UK Collaborate on Climate Change 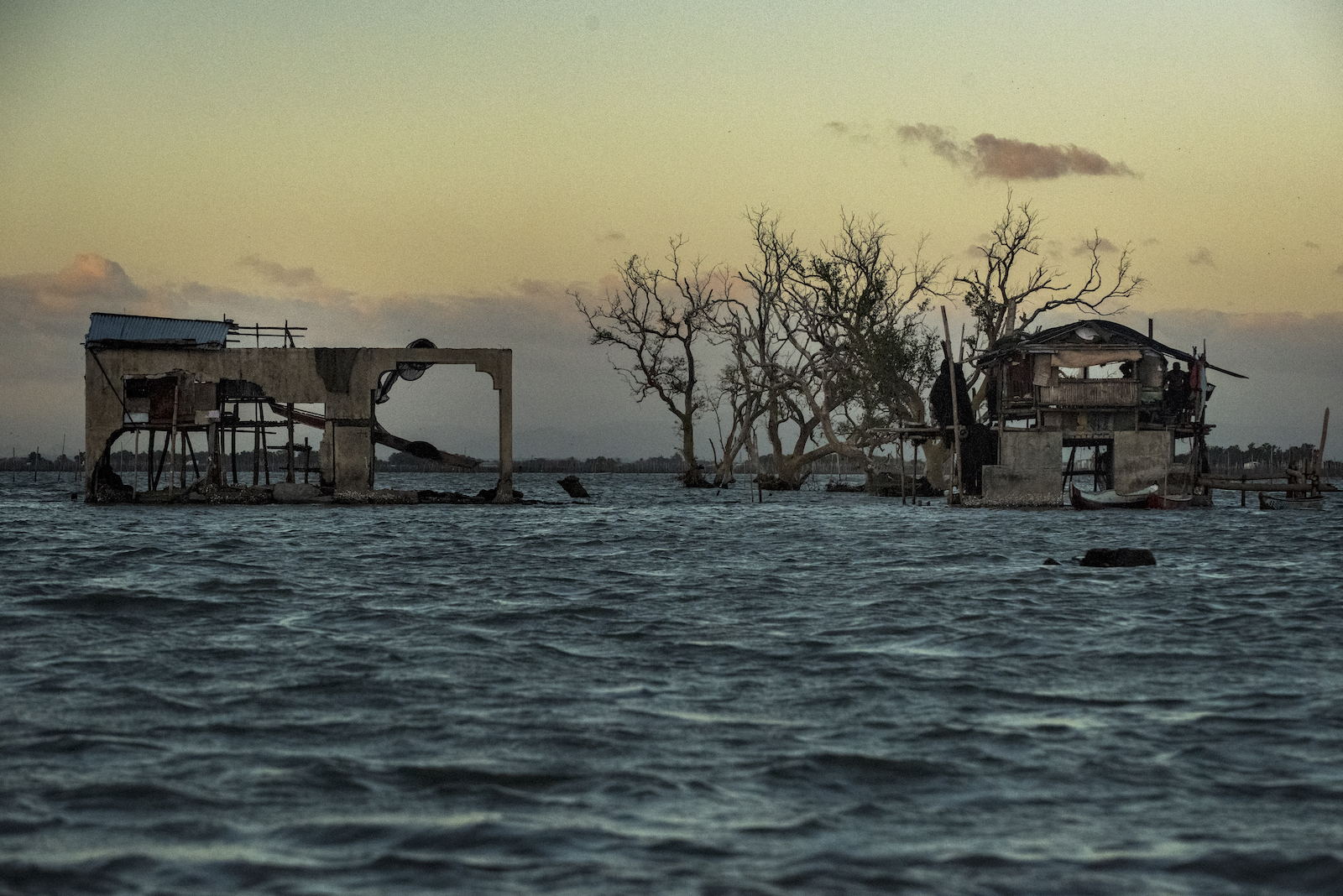 Sea water engulfs houses, buildings, schools, and the streets in Bulacan, north of Manila. A recent climate study by the United Nations warns that the world has 12 years to limit rising temperatures.

The first part of this interview delved into the need for ASEAN to reduce its reliance on coal as an energy source, as well as green finance and sustainable infrastructure in the region.

In this second part, BRINK Asia speaks with Camilla Fenning, the UK’s head of the South East Asia Climate and Energy Network, about global efforts to combat climate change and about how Singapore and the UK are collaborating to generate solutions in this area.

BRINK Asia: You attended some of the UN climate change conference (COP24) in Poland last week. Were countries able to collaborate effectively to combat climate change?

Camilla Fenning: This was not an easy COP. There were challenging, divisive and often technical issues to discuss, particularly around writing the rules on measuring each country’s carbon emissions. But negotiators worked hard and did reach agreement on the rulebook to implement the Paris Agreement, so that was good progress. The task in the coming year now turns to implementing these in practice, and collaboration between countries will be vital.

BRINK Asia: The Intergovernmental Panel on Climate Change (IPCC) recently released the Special Report on Global Warming of 1.5 degrees Celsius. A key message is that a number of climate change impacts could be avoided by limiting global warming to 1.5 degrees Celsius compared to 2 degrees Celsius. This would require a “rapid and far-reaching” transformation of our societies and economies, beyond the commitments of the Paris Agreement. Is there any hope we’ll see such changes?

Ms. Fenning: I certainly hope so. The report provided a sobering scientific backdrop to the climate talks and helped to focus minds during the negotiations. From the UK’s point of view, we are worried by the report—we recognize that we need to be even more ambitious in our low-carbon transformation.

Hence, the UK minister of energy has recently instructed our Climate Change Committee to look at whether we can strengthen our emissions target—potentially toward zero emissions. Currently, our target is to reduce emissions by 80 percent from 1990 to 2040, and we are already over half way there—and decarbonizing faster than any country in the G20; but we will try to speed this process up further. Internationally, we will ramp up our work with other countries to try to encourage greater ambition and support them where we can. It is a mountain to climb, and we don’t have much time.

BRINK Asia: How do you expect growing international geopolitical and economic instability to impact the implementation of the Paris Agreement?

Ms. Fenning: Interestingly, in my view, the biggest geopolitical risk the world faces is climate change. This is a constant, irrespective of whatever else is happening. The IPCC report has further reinforced this fact. Of course, the current U.S. position on climate change is frustrating and a great shame, but it will not deflect most of the global community from implementing the Paris Agreement. And we welcome the fact that in many U.S. states, there is still a very strong commitment and action toward combating climate change, and we can work with leaders at this level.

I also think there is still a good amount of traction from the UN system, the work of NGOs and increasingly from philanthropists, as well as governments such as the UK, EU, Canada and others. A lot of good work is happening, but we don’t have much time to meet our targets.

We believe that one of the key ways to keep the world’s temperature low is to work closely with Southeast Asia to encourage it to give up building new coal-fired power stations and to turn away from fossil fuels altogether in the longer term. We are unlikely to meet global emissions targets unless this region shifts emphatically toward low-carbon very soon.

Urbanization can help slow climate change. Sustainable infrastructure, for example, can minimize climate impact through a more efficient use of resources.

Ms. Fenning: Yes, it is true that Western economies had the benefit of coal for a long time. But it is better to collaborate toward a low-carbon future together now, rather than becoming entrenched in a blame game that risks all of our futures. And the key point now is that there are actually clear economic benefits to leaving coal behind and moving to low-carbon energy sources such as wind, solar, biofuels. So I strongly believe that encouraging developing countries to shift from coal is in their own interests, not only for climate reasons, but for their economies and health, too. And increasingly, I see that developing countries are recognizing this. China and India both provide examples to developing economies of how renewables can be embraced and developed swiftly at scale. Elsewhere, South Africa and Chile have pivoted their economies away from coal and toward a low-carbon model and are now leaders in this area.

The economic experiences of these economies will be very valuable for countries in this region as they may be at similar levels of development. They highlight that moving away from coal is not necessarily an economic cost that will impede the development of economies. If done right, there is a compelling economic case for the transition to renewables, which are increasingly becoming more affordable and, indeed, more feasible.

From the UK perspective, we want to share the expertise we have gleaned from our low-carbon shift with countries that are beginning to take steps toward their low-carbon future.

BRINK Asia: What are tools the UK has used to encourage initiatives in the Southeast Asia region?

Ms. Fenning: We have a number of tools that we use in the region through various aid programs from the UK’s International Climate Fund. For example, we have worked with a number of governments to provide them with a bespoke 2050 calculator. The 2050 calculator is an interactive energy modeling program that allows users to model and test all the different options for reducing emissions from power, transport, agriculture, and to build a suitable pathway for their emissions up to 2050. The calculator was developed in the UK and helped the UK government to plan its low-carbon transition in an evidence-based way. We also have quite a few events in the region to try to support green growth initiatives. For example, we typically host biennially the Green Growth and Business Forum with the Singapore government, which brings together companies from the region and from the UK in the green growth sector. This summer, in the UK, we ran a conference focused on financing Southeast Asia’s energy transition.

And sometimes, we can use our own experiences of structures that we have put into our political system that could be applicable here. The UK in 2008 was the first country globally to have a Climate Change Act that legally binds our government to meet particular carbon targets that we set every five years. A structure like that could be put in place in many countries in Southeast Asia, and we are able to provide advice on this. We also set up the Green Investment Bank to invest in green infrastructure in a way that took on the risk that other banks were unprepared to finance. This type of institutional set up has been replicated in various countries, and a number of countries in the region are interested in this model.

We can show clearly the impact such an investment vehicle can have. The cost of offshore wind energy production has plummeted in the UK, and we now produce about 40 percent of the world’s offshore wind energy. That we are leaders in the field was made possible by the setting up of the Green Investment Bank, which was willing to invest in a venture seen as risky. And UK companies are increasingly exporting this technology globally, such as one UK company with large ongoing wind projects in Vietnam.

BRINK Asia: What additional stress does increasing urbanization imply, in terms of the impact on climate and in terms of trying to move toward a low-carbon future?

Ms. Fenning: I think that urbanization is a big challenge, particularly when existing cities keep growing at a rapid pace, as it puts stress on existing resources. However, urbanization can have a positive effect on climate change, such as redesigning cities with sustainable infrastructure that minimizes climate impact through smarter, more efficient use of resources.

In this space, we are planning to run a development program in Southeast Asia called “Future Cities,” looking into specific ways in which cities can be made smarter and their infrastructures more sustainable—be it through sustainable transport or climate resilience. We will be operating this program in around 10 specific cities in Southeast Asia. This is another area in which we will continue working with regional governments, including Singapore, which itself has particular expertise and its own Smart Nation initiative.

I’ve given quite a few examples of how the UK’s South East Asia Climate and Energy network of diplomats, which I lead, works with Singapore and other host governments across the region on a number of climate-change and low-carbon activities. We highly value this collaboration and look forward to more in the coming year.

Mark Campanale Founder and Executive Chair of The Carbon Tracker Initiative
URL: https://www.brinknews.com/collaborating-on-climate-change/
Get ahead in a rapidly changing world. Sign up for our daily newsletter. Subscribe
​​