COP 23 Climate Summit: What Can We Expect? 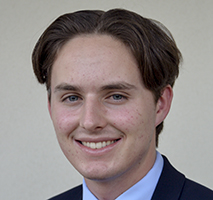 The 23rd session of the Conference of the Parties to the UN Convention on Climate Change is being organized by Fiji and hosted at the headquarters of the UNFCCC Secretariat in Bonn, Germany.

As the climate summit opens in Bonn, Germany today, conference members are expected to grapple, once again, with one of the toughest questions prompted by climate change: Should more attention be paid to the mitigation and reduction of greenhouse gas emissions or toward preparing for the impact climate change will have on lives and property?

The shape of the summit will also have profound impact on businesses as mitigation efforts rise and nations push toward a future of electrified mobility, giving rise to questions about the viability of fossil-fueled transport, manufacturing and supply chains.

Policymakers and analysts usually conclude that the most feasible course of action is to acknowledge that while a warming earth is inevitable and efforts should be expended to soften this rise in temperature, preparatory measures need to be taken in equal, if not greater, turn. Dealing with this trade-off between mitigation and preparation is a crucial debate that has occupied both the COP 21 and COP 22 summits. This year’s stakeholders can expect this debate to gain more traction after the conference concludes with, perhaps, a greater emphasis on preparatory measures.

COP 21 was a great diplomatic success and was focused mainly around GHG emissions reduction and negative emissions, the policy of removing more carbon from the atmosphere than what is produced. The conference was significant because, unlike the Kyoto Protocol, which placed legally binding limits on emissions production, the Paris summit welcomed as many states to join the agreement as possible by declaring an “intended nationally determined contribution” system. Targets were not forced but “welcomed,” which prodded the big emitters such as China, India and the U.S. toward making more ambitious targets than they would have done under Kyoto accords.

Though COP 21 did touch on issues such as climate finance and helping developing countries prepare for climate change, the conference was mainly dominated by emissions reduction efforts and climate mitigation. Negotiators needed a unifying cause to rally all states to the agreement, and GHG emissions had the desired effect.

Though COP 21 was all about getting as many countries as possible to join the agreement, COP 22 was focused on discussing and passing legislation that would make the aims of COP 21 possible. This “rule book round” successfully managed to adopt a number of decisions and frameworks that would codify and set dates and timelines for meeting emissions reduction targets. COP 22 made progress on preparatory talks, but emission mitigation, codifying emissions reduction targets and consolidation seemed to dominate the round.

With global warming inevitable, COP 23 is set to shift its focus towards physical preparation.

In retrospect, COP 22 aimed to be quite ambitious as it tried to make climate finance for less-developed countries more readily available, to elevate the importance of non-state actors, and to progress discussion and implementation of technology that would tackle emissions reduction efforts. The round, however, was not so much a round of action but rather one of discussion and rule setting.

The possibility of a U.S. withdrawal also dominated the talks and forced the delegates to hold and consolidate their position—to dig in and entrench—so that the agreement would remain intact if the U.S. or any major emitter left.

COP 23: Shifting to a Preparatory Stance?

COP 23 is set to shift and focus on physical preparation. Members have realized that climate change and a warming earth is inevitable. This is not pessimism but a realization that no matter what states do in terms of emissions reduction efforts, warming is going to happen. Even when COP 21 was over and targets were set, analysts admitted that current proposals would likely lead to a 3.5 degree Celsius increase in global temperatures.

According to the International Energy Agency, by 2100, the world’s temperature is set to rise by around 2.7 degree Celsius, falling short of the 2 degree goal. This has been common knowledge for years now, however, previous COPs needed the mitigation argument to gather and hold support for the success of the Paris Agreement.

On top of this realization, recent examples of physical loss and damage by climate change is set to produce a climate debate that may lead to the gradual overshadowing of mitigation arguments. At this year’s Ministerial Meeting in Fiji in October, Prime Minister Frank Bainimarama stated: “We can no longer ignore this crisis. Whether it is fires in California, Portugal and Spain. Flooding in Nigeria, India and Bangladesh. The dramatic Arctic melt. Ice breaking off the continent of Antarctica. The recent hurricanes that devastated the Caribbean and the southern United States. Or the hurricane that has just struck Ireland and Scotland—the tenth hurricane of the Atlantic season this year.”

Observers can expect COP 23 to promulgate the idea that more work needs to be done to minimize the development challenges that can be exacerbated by climate-induced disasters, especially in developing countries. This means providing social protection to minimize poverty and taking a bottom-up, grassroots approach; the focus needs to be on addressing how climate change will impact challenges like rising populations, food security, water security and health security.

COP 23 will have far-reaching implications for business and investors. Britain, France and Germany have all proposed a ban on fossil fuel cars by the year 2040 and some countries, such as New Zealand, have stated that the country aims to reduce emissions to zero by 2050 and for renewables to produce 100 percent of its energy by 2035.

The Saudis have even realized that oil economies may wither and preparing for this situation is vital. Assuming these pledges turn into policy, businesses, whether they want to or not, will need to adapt. For example, a manufacturing business will have to start thinking about how a fossil fuel ban will impact their supplier’s ability to truck and ship parts and equipment to them. A ban on fossil fuel vehicles will severely impact a business’s ability to transport goods. An increase in regulatory measures will naturally concern investors and challenge a business to prepare for a climate-influenced future.

COP 23 will further the climate debate, but toward a more preparatory phase in the climate fight that admits that while emissions reduction is important, more effort needs to be geared toward tackling the challenges that climate change will worsen and how businesses are both part of the solution and at risk of being left behind.

Moataz Yeken Senior Consultant for LYNX Strategic Business Advisors
URL: https://www.brinknews.com/cop-23-climate-summit-what-can-we-expect/
Get ahead in a rapidly changing world. Sign up for our daily newsletter. Subscribe
​​