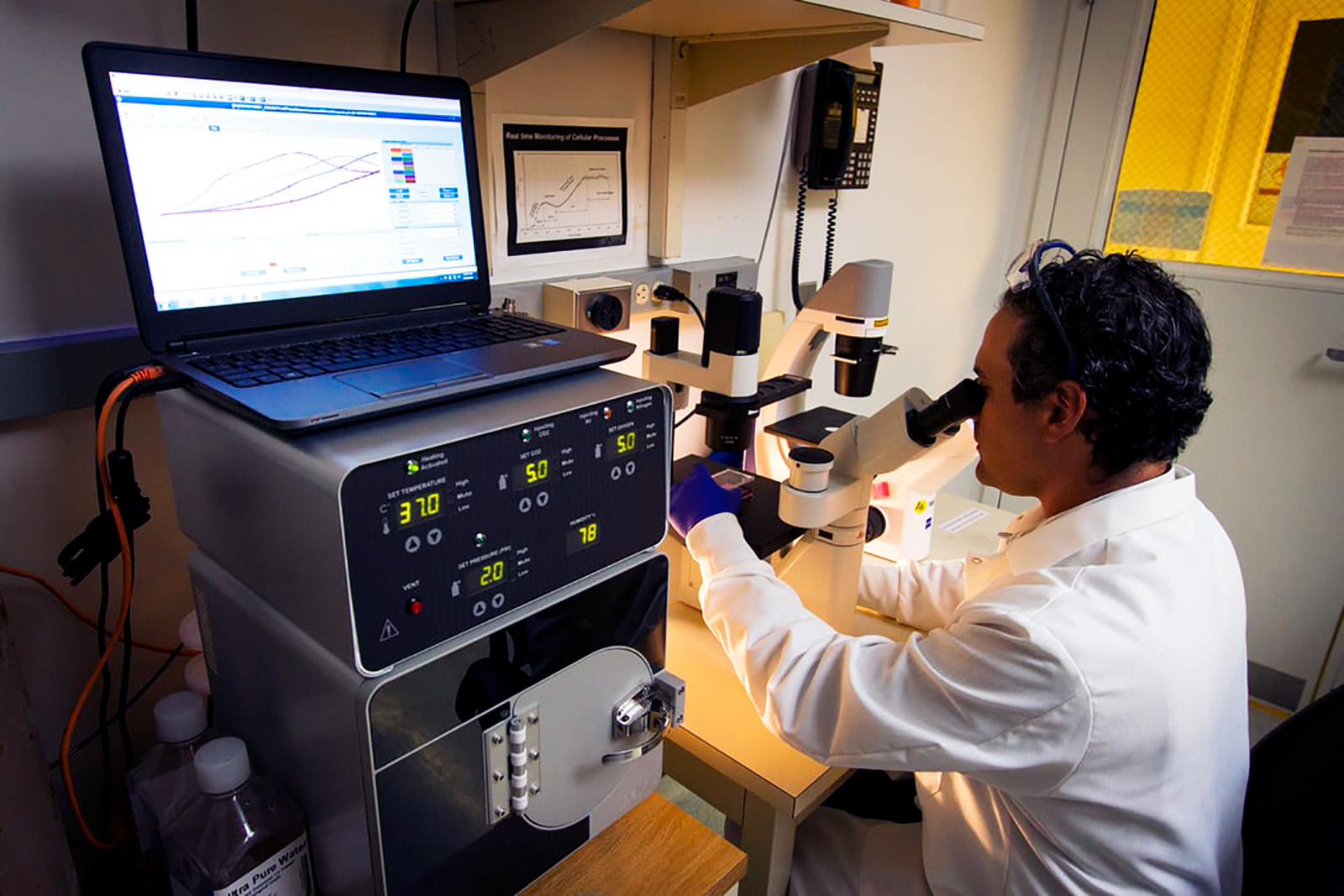 CRISPR represents a new frontier in gene editing. In comparison to other currently available technologies, it is a less expensive, more specific and simpler-to-use gene editing tool — but is not without its criticism or concerns.

Gene editing is often discussed and presented in the context of revolutionizing treatment and diagnostics. In 2012, Jennifer Doudna and Emmanuelle Charpentier demonstrated the potential of CRISPR, which made the promise of gene editing therapies more tangible.

However, COVID-19 has brought to the fore additional applications, most notably exploring how CRISPR can be used as a mechanism to develop non-gene based therapies. Once the process is refined, it could represent another notable step forward for the healthcare sector, although several regulatory hurdles still remain before CRISPR manufactured non-gene editing therapies are widespread.

The CRISPR technology works by coding for a specific gene sequence using guide RNA. When the appropriate DNA sequence is found, the Cas9 protein, working as a pair of scissors, cuts the DNA at the desired location. Once the cut has been made, the gene can be disabled, or missing genetic information can be inserted or replaced.

Due to its characteristics, CRISPR represents a new frontier in gene editing; in comparison to other currently available technologies, it is a less expensive, more specific and simpler-to-use gene editing tool.

The technology is not without its criticism or concerns. Most notably, there is the possibility of “off-target” mutations, whereby cuts are made in unintended DNA sequences. Additionally, ethical questions related to gene editing as a technology overall remain pervasive among policy makers and the public alike. Fortunately, increased study and greater exposure to the technology are lessening some of these concerns, and it continues to represent a potential and long-awaited therapeutic option for many genetic, and often rare, diseases, for many of which treatments have remained elusive.

The Potential That CRISPR Offers for COVID-19

COVID-19 and the Ebola epidemic in the mid-2010s illustrated the lengthy time lag of developing preventative therapies. CRISPR technology has the potential to overcome this challenge by significantly accelerating the development of vaccines or therapeutic options to respond to pandemics. This is because CRISPR technology is based on a naturally occurring gene editing system that is found in bacteria, which can be used to fight viruses.

Increased urbanization and contact between different world regions is likely to lead to an increase in the frequency of epidemics, and this new reality has spurred increased interest in CRISPR as a means to quickly respond to disease outbreaks, or even unpredictable seasonal infections. A quick response can help protect healthcare professionals in the short term, and embrace the promise of “prevention is better than treatment.”

There are a range of different applications for using CRISPR in the development of therapeutic solutions.

Traditional vaccines typically consist of a weakened or dead strand of the virus that it is meant to inoculate patients from viruses. When developing a vaccine, the manufacturer must select viral strands, which are then either grown and incubated in hen eggs or cells.

Beyond the current pandemic, CRISPR has potential applications to combat other viruses that humanity has been struggling with, ranging from the seasonal flu to HIV.

CRISPR can be used to modify the incubator to increase viral products, which reduces the number of eggs or cells needed in the manufacturing process.

CRISPR technology can be used to engineer B cells, a white blood cell that produces the antibodies that in turn combat pathogens. Using CRISPR, B cells can be injected into patients and provide them with the antibodies to an infection, such as COVID-19, without ever being exposed to the disease itself.

This CRISPR technique effectively skips the step in traditional vaccines of introducing a version of the virus to effectively “stimulate” the development of an antibody. If the platform, rather than a specific vaccine, can receive authorization, it will allow companies to respond to viral outbreaks in a matter of months, as opposed to years, by “simply” engineering the appropriate B cells to respond to the viral threat.

The major drawback from this approach is that in the limited studies conducted thus far, it has only offered protection for a very short period of time.

Our increased understanding of genes has given rise to a new class of vaccine known as mRNA vaccines. The concept has become increasingly popular over the last few years, especially during COVID-19, and is the basis of CureVac’s approach. The vaccines work by triggering cells to develop antibodies to a specific virus, e.g. SARS-CoV-2, without needing to introduce the virus itself.

Finally, beyond vaccination, there are plenty of other potential uses of CRISPR to combat COVID-19 and viral pandemics in the future. A recent Stanford study used CRISPR to directly target COVID-19 virus (SARS-CoV-2) and disable disease at an RNA level.

Beyond the current pandemic, CRISPR has potential applications to combat other viruses that humanity has been struggling with, ranging from the seasonal flu to HIV. Currently, influenza vaccinations are developed based on hypothesizing about next year’s viral strain. Due to the manufacturing process, companies cannot quickly respond to a change in the external environment. However, CRISPR introduces a more agile and cheaper manufacturing process, either by improving and reducing the incubation process or aiming to leverage the human body to produce its own antibodies,

Policymakers Are Warming to the Idea

Policy has already begun to respond to the potential implications of gene editing as part of a healthcare system’s pandemic response mechanism. In a bold step, suggesting a softening of European Union regulations, the European Parliament and Council of the European Union adopted a regulation introducing a temporary derogation to the GMO regulation for clinical trials on vaccines for COVID-19 utilizing gene editing technologies.

This decision could have wider implications for the future use of gene editing for therapeutic use in the EU, especially as the EU looks to review its pharmaceutical strategy for the coming years, where personalized and gene therapies will be a significant component.

COVID-19 has brought the potential of CRISPR-based therapies to combat viral infections further to the foreground and encouraged research in the field. COVID-19 has also played an important role in helping to demystify gene editing to a broader audience. These developments are surely to lead to increased interest and investment in gene editing as a therapeutic solution or manufacturing mechanism outside of the rare and genetic disease space.

The EU’s decision to provide an exemption to the GMO regulation could be the first step in a renewed understanding of CRISPR, or it could lead to political backlash. The coming months and years are likely to shape the future of CRISPR and gene editing as a therapeutic solution. 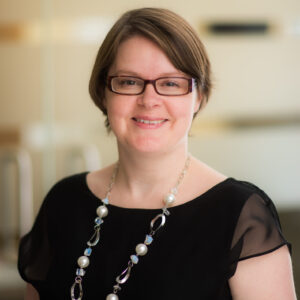 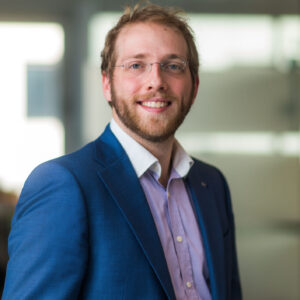 Victor Maertens is a senior consultant in Hanover Health’s International Policy and Market Access team. With experience in the Brussels, European and international healthcare policy environments, he has a specific focus on advanced therapy medicinal products, antimicrobial resistance and rare diseases.

Parametric Insurance Can Boost Resilience for the Public Sector