Demand Is Driving Deforestation. What Can Companies Do? 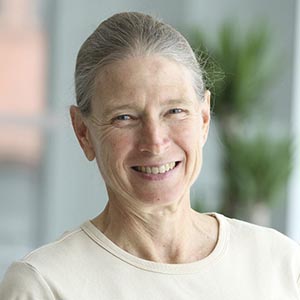 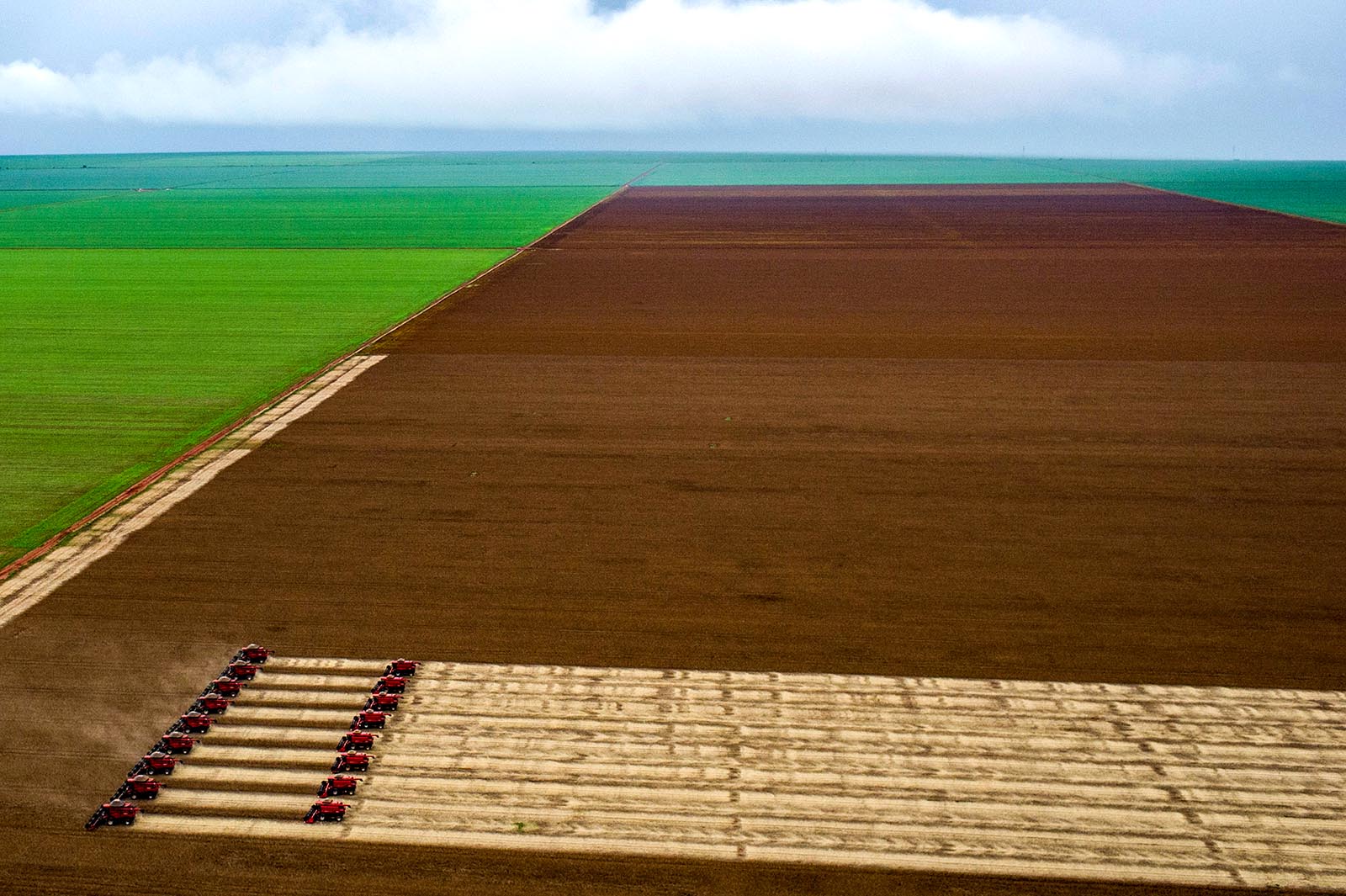 Combine harvesters drive through a field of soybeans in Mato Grosso, Brazil. The primary driver of permanent tropical forest loss is conversion to commercial-scale agricultural production.

Skyrocketing global demand for commodities such as soybeans and palm oil is an unrelenting force driving tropical deforestation. To address the risks to climate stability posed by forest loss, corporate and government policies alike need to pivot from being part of the problem to part of the solution.

Tropical forests are disappearing at an increasing rate

Since the first Rio Earth Summit in 1992, the international community has celebrated the value of tropical forests as harbors for biological and cultural diversity. However, many people are under the mistaken impression that the fight to protect those forests has been won. To the contrary, tropical tree cover loss in 2017 was the second-highest on record—with an area the size of New Mexico cleared or burned—down only slightly from a peak in 2016.

In addition to harming biodiversity and infringing on the rights and livelihoods of local communities, forest destruction at this scale is a catastrophe for the global climate. When forests are cleared, carbon stored in trees and soils is released into the atmosphere. New science shows that forests are even more important than we thought in curbing climate change: Besides their role in capturing and storing carbon, forests affect atmospheric chemistry, wind speed and rainfall patterns. Deforestation disrupts these functions, affecting weather and posing risks to continued agricultural productivity not only locally, but even across continents.

Commodity supply chains are in the spotlight

It’s ironic, then, that the primary driver of permanent tropical forest loss is conversion to commercial-scale agricultural production. Vast areas of South America and Southeast Asia are being cleared for beef, soy and palm oil.

A large portion of this clearing is illegal according to local laws and regulations, yet illegality and corruption remain endemic in many forest-rich countries. For example, last year Colombia experienced a spike in illegal clearing of forests for pasture and other uses in the aftermath of the peace agreement, when demobilization of the country’s largest rebel group left a power vacuum in remote forested areas. Indigenous peoples throughout the tropics—whose presence is associated with maintaining forest cover, yet whose land rights are often unrecognized—continue to be murdered when they attempt to protect their forests.

Concern over deforestation caused by agricultural expansion has led activists associated with organizations such as Greenpeace to aim their campaigns at companies in commodity supply chains ranging from upstream producers to downstream manufacturers and retailers, as well as at financiers. New tools combining satellite data on forest cover change with trade data are enabling watchdogs to identify which companies are sourcing from high-deforestation areas. In response, hundreds of companies have announced commitments to deforestation-free supply chains, but implementation is patchy and impact difficult to discern.

In the case of soy and palm oil, global demand has been artificially increased by government policies that provide subsidies and mandates for use of these crops as feedstocks for biofuel production. Accordingly, activists have also targeted those policies for repeal; however, recent moves by the European Union (EU) to limit and eventually phase out the use of palm oil in transport fuels as a way to reduce emissions from associated land-use change prompted an uproar from producers in Indonesia and Malaysia, who alleged protectionist motivations.

Companies in commodity supply chains are the primary culprits driving tropical deforestation—but they can become positive agents of change.

Suspicions of protectionist motives have some basis in past experience. In 2013, the EU imposed protectionist trade remedies on imported biodiesel. Those measures prompted producer countries such as Indonesia to enact subsidies and blending mandates to encourage domestic consumption of biofuels, so as to soak up excess production. Activists point out that Indonesian citizens will not only suffer the impacts of climate change resulting from palm oil-driven deforestation, but will also face increased transport costs associated with less efficient blended fuels—an unfortunate side effect of ostensibly positive climate-based policy change in a different part of the world.

How can deforestation be stopped?

The policy tools necessary to stop deforestation are well-known and include establishing protected areas and recognizing indigenous rights, increasing law enforcement efforts aided by satellite-based forest monitoring to detect and prosecute illegal conversion as well as removing perverse financial incentives to clear land. Brazil demonstrated the effectiveness of these tools through its remarkable success in reducing deforestation in the Amazon by 80 percent during the decade starting in 2004.

Due to entrenched and powerful vested interests, the political incentives to allow deforestation-as-usual to continue are strong. Political leaders in countries and sub-national jurisdictions where forest destruction is rampant need greater certainty that their efforts to reduce deforestation will be rewarded. While domestic constituencies must ultimately be the ones to drive and maintain a policy reform agenda to maintain forests, international actors can help.

How can companies reduce their risk?

Companies and countries that provide markets for forest-risk commodities and finance for the agriculture sector must go beyond the sticks that signal intolerance of production on recently deforested land and provide carrots to motivate change. They should indicate that high-performing jurisdictions making progress on transitioning to more sustainable land-use will benefit from preferential access to markets and finance.

By entering into long-term partnerships with governments and other stakeholders in producer jurisdictions—such as those being pioneered for beef in Brazil and cocoa in Ghana—companies can reduce both reputational and supply chain risk while reducing the risk of catastrophic climate change by contributing to reduced emissions from deforestation.

As long as there are insensitive consumer markets, conditions of weak governance in producer regions and other drivers of deforestation such as infrastructure development and mining, voluntary corporate action to reduce the forest footprint of commodity production will not be sufficient to address deforestation. In addition to cleaning up their own supply chains, companies need to become advocates for complementary public policies and finance in both producer and consumer countries alike.

For example, governments not only need to remove perverse subsidies that accelerate deforestation; they also need to ramp up financial rewards for tropical forest protection. Such incentives can include both international performance-based payments endorsed by the Paris Agreement for Reducing Emissions from Deforestation and Forest Degradation (REDD+) and domestic fiscal incentives such as those being implemented in India. Individually and collectively, companies can also advocate for consistent enforcement of laws that protect both forests and the people whose rights and livelihoods are threatened by their destruction.

In short, companies in commodity supply chains are now pointed to as the primary culprits driving tropical deforestation. By offering and advocating for incentives that reward sustainable production, forest protection and social inclusion, they can reposition themselves as agents of change in the right direction.

Frances Seymour is a distinguished senior fellow at the World Resources Institute. She also served as director general of the Center for International Forestry Research from 2006 to 2012. Seymour also continues to serve as Senior Adviser to the David and Lucile Packard Foundation. She has been awarded France’s Order of Agricultural Merit.

Carolina Klint Risk Management Leader, Continental Europe at Marsh
URL: https://www.brinknews.com/demand-is-driving-deforestation-what-can-companies-do/
Get ahead in a rapidly changing world. Sign up for our daily newsletter. Subscribe
​​