Doing Business Will Look Different After Brexit, With or Without a Deal 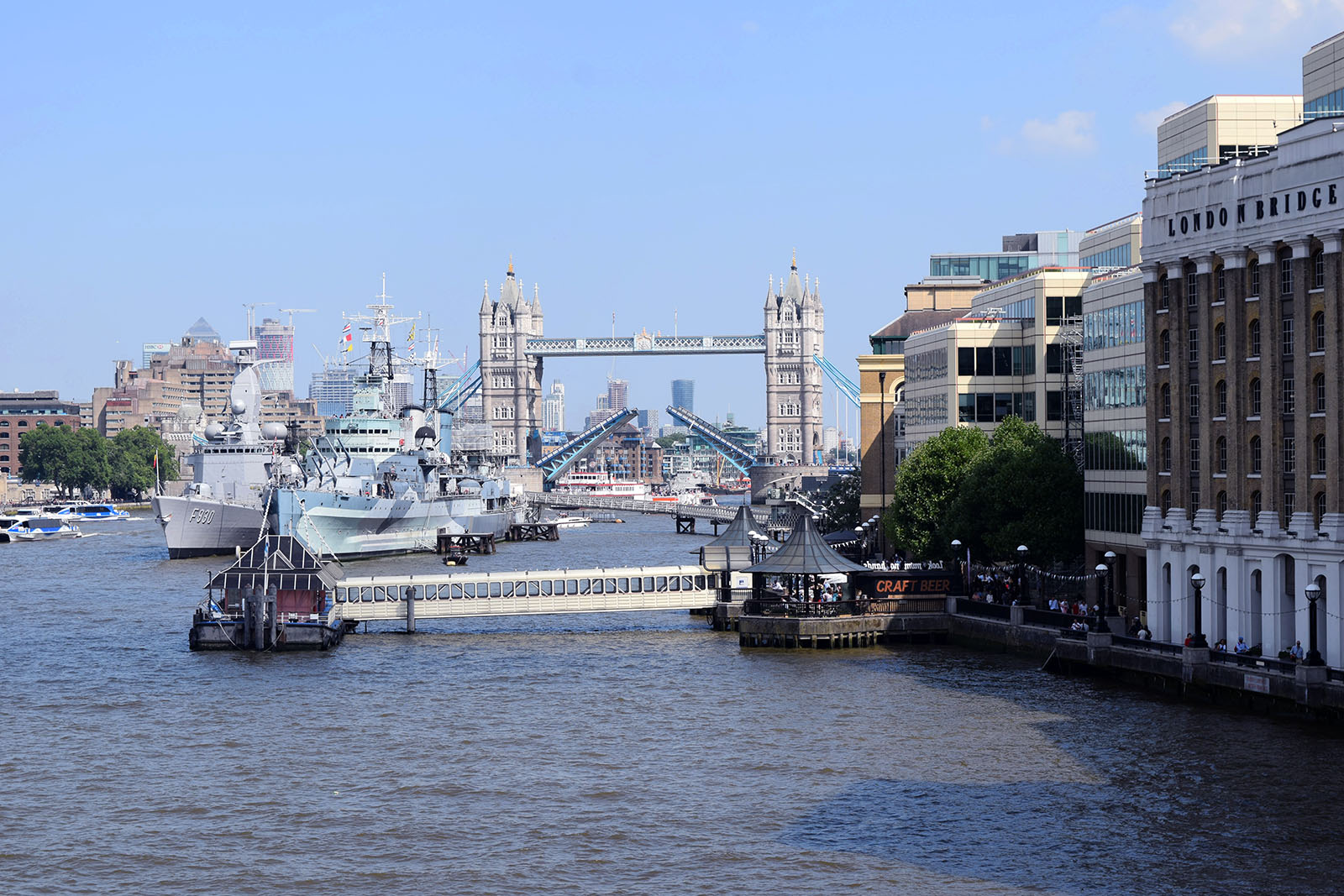 Boats pass underneath the Tower Bridge in London, U.K. We're entering that critical final part of the end game for Brexit, and both sides are talking up the possibilities of no deal.

October 15th is the deadline that Prime Minister Boris Johnson has set for getting a deal announced on Brexit. So far, despite a ninth round of negotiations this week, there are few signs of a trade deal on the horizon, which raises the alternative of a no-deal situation. BRINK spoke to Jill Rutter, senior fellow at the Institute of Government and a senior research fellow at the non-partisan academic think tank, UK in a Changing Europe, which recently released the report What Would No Deal Mean?

RUTTER: There still seems to be big gaps between the U.K. and the EU as far as we can tell, though we don’t get formal readouts from the negotiations. I think the government is genuinely worried about how unprepared business is. There’s a lot of concern that quite a lot of businesses think there may be an extension, and that’s the one thing the government has so far absolutely ruled out — it didn’t use the option it had back in June.

Concern That Business Is Not Ready

Yet, business still doesn’t think that the government is going to take Britain out without a deal in the middle of a pandemic. But that is the policy of the government — to take us out, deal or no deal, at the end of the year, and I think that’s one reason why we’ve seen the temperature rising.

We’re entering that critical final part of the end game, and both sides are talking up the possibilities of no deal.

BRINK: Prime Minister Boris Johnson has announced that there has to be a decision by October 15th, which is not far away. Is that a real deadline?

RUTTER: I don’t think it’s a real deadline. Michel Barnier said October 31st. I think [Prime Minister] Boris Johnson said if there’s no sign of progress, then the government will switch tack and definitely move toward no deal. The interesting question is: What judgment does he make at that point?

So, I don’t think that’s a deadline where we would expect a deal signed. There’s a lot of technical work to be done, even if they agree to give it political momentum. But it may be a critical judgment of whether it’s worth going on. Despite all the saber rattling we’ve seen, the two sides have gone on talking in the background.

BRINK: If I can put you on the spot because you’re someone who follows this every day, what is the percentage chance of a no deal?

RUTTER: It’s impossible at the moment to say. But even if there is a deal, the U.K.’s trading relationship with the EU will be very different.

Very Significant Disruption — Even With a Deal

If there is a trade deal, the likely focus is going to be on removing tariffs. Both sides have said that, in principle, they want to see tariff-free and quota-free trade between the two. That is likely to be the big element of any deal. But the U.K. will no longer have anything like the relationship with the EU single market and customs union that we’ve had ever since we became an EU member. And that means there will be very significant disruption, even on [Prime Minister] Boris Johnson’s best deal that he’s likely to secure.

So if you’re somebody who has a business model that relies on just-in-time supply chains, you will have to rethink that business model, deal or no deal. The difference will be, with a deal, you don’t get tariffs in the way, as long as you meet the rules of origin requirements. And that’s one of the things that’s still under negotiation.

BRINK: So if we could just break it down a bit more simply, if I’m a company exporting manufactured equipment of some kind from the U.K., what difference would there be in the event of a no deal between what I’m doing on December the 30th versus January 5th?

The amount of spare capacity businesses had to do the necessary preparations for Brexit has been dramatically reduced because of the need to handle COVID-19 disruptions.

It’s possible, if there is a deal, that the EU applies their checks less rigorously. For example, they don’t apply 100% checks but instead do sample checks at the border, or there could be some other eased customs processes. But you will find it very, very different to doing business than you do now.

Financial Services Are Not Included in the Deal

RUTTER: Financial services isn’t really under negotiation as part of the trade deal. In the political declaration, the agreement was that there’d be an early determination of equivalence to allow U.K.-based financial services companies to continue to service EU clients.

We haven’t had that equivalence decision. I think this is one of the big differences potentially between deal and no deal. If there’s a no-deal exit, the chance of a speedy set of unilateral decisions on equivalence is not that high.

We’ve seen a decision recently on clearing houses, which will allow current processes to continue for the next 18 months, because the EU has determined that, at the moment, they don’t have the capacity to fill a gap left by a lot of access to London. But the idea is they use that 18 month breathing space to build up EU capacity.

BRINK: How much has COVID-19 complicated this whole thing in the last six months?

RUTTER: It’s complicated things enormously, in particular in two respects. The first is on the political level, that the prime minister not only has been ill himself from COVID, but has had to spend most of his time concentrating on COVID. So, I’m just not sure how much time and detailed attention he’s been paying to the progress of the negotiations.

It’s not been as high up on his radar as you might’ve expected. You might’ve expected this was a big thing for him this year, along with trying to take forward some of the promises he made in the election last year. But both of those have had to take a very distinct backseat to dealing with the fallout of COVID, which has been very difficult in the U.K. And that applies even more inside the EU, where Brexit has slipped miles down governments’ in-trays as they have focused on COVID.

But the second thing that it’s really affected is the state of preparedness for whatever the end of the year brings. While the government initially deployed quite a lot of people who were working on Brexit onto COVID in the early stages of the pandemic, government’s been able to bring people back from that to start working on Brexit again.

But if you look at a lot of businesses, particularly smaller businesses whose only international trade is with the EU, a lot of those are the very businesses who’ve been struggling to manage with the pandemic and now have very impaired cash flow.

So the amount of spare capacity they’ve had to do the necessary preparations for Brexit has been dramatically reduced. The verdict of business organizations is that, while the government is better prepared than it may have been last year, in most respects, a lot of businesses are probably less prepared than they were when we were talking about leaving the EU with no deal during 2019.

Chris Miller Associate Professor at the Fletcher School at Tufts University
URL: https://www.brinknews.com/doing-business-will-look-different-after-brexit-with-or-without-a-deal/
Get ahead in a rapidly changing world. Sign up for our daily newsletter. Subscribe
​​