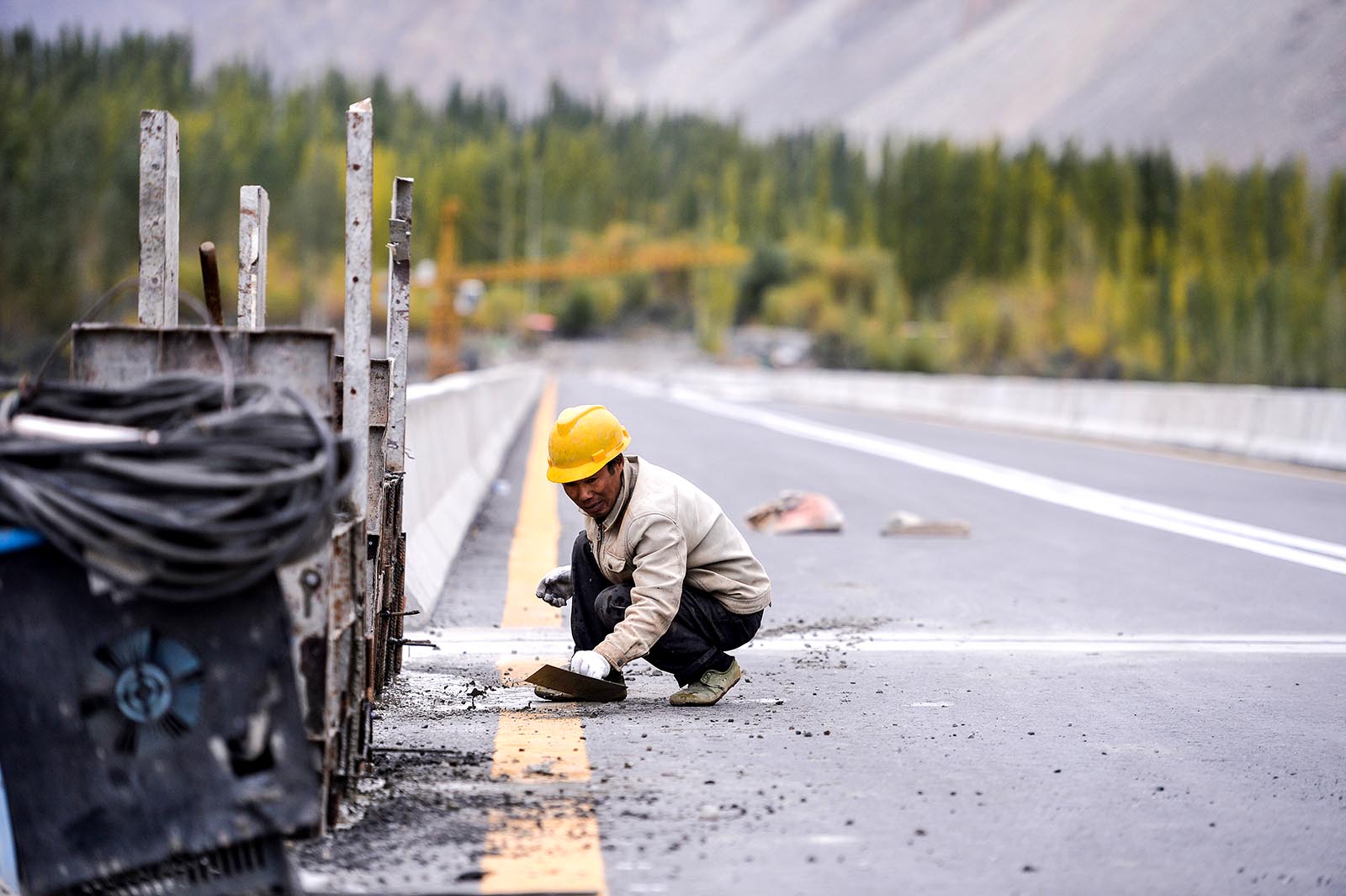 A Chinese laborer works on a highway in Pakistan, a part of China's Belt and Road Initiative.

Private participation in infrastructure (PPI) in East Asia and Pacific accounted for more than half (53 percent) of total PPI investment globally in 2017, more than a 20 percent increase from 2016. This shift illustrates the scale of the demand for—as well as the supply of—capital for infrastructure development in the region, according to a new World Bank report.

At $49 billion, it was the highest level of investment recorded in East Asia and Pacific in a single year, the report says. Separately, South Asia saw investment worth $11.7 billion last year, a 90 percent increase from the amount invested in 2016.

Globally in low- and middle income regions, private commitments in energy, transport, information and communication technology backbone, and water infrastructure totaled $93.3 billion across 304 projects in 52 countries. While this represents a 37 percent increase over 2016, it was the second-lowest investment level in the past 10 years, and is 15 percent lower than the past 5-year average investment of $109.8 billion.

Across EAP, investments were made in 99 greenfield and seven brownfield projects. Investments in this region were driven by China, which saw $17.4 billion invested across 73 projects and accounted for 19 percent of global investment commitments. The sector that saw the greatest amount of investment in China was transport ($13 billion), including a $6.9 billion railway project and two expressway projects worth $2 billion and $1.8 billion, respectively. Apart from its transport sector, China’s energy sector also received significant investments. With the completion of 36 energy projects, a further 1.7 gigawatts of capacity will be added.

The other recipient of PPI investment in the region was Indonesia, which saw $15.5 billion invested in 11 projects in 2017. This included the Jakarta-Bandung high-speed railway project worth $6 billion and two coal megaprojects worth $4.2 billion and $2.2 billion, respectively. Interestingly, while most other countries are witnessing higher investments in renewable energy, almost 90 percent of the energy investment in Indonesia was in coal projects.

Exhibit 3: Investment Commitments in Infrastructure Projects With Private Participation in EMDEs by Region and Country, 2017

Elsewhere in EAP, Myanmar, Laos and Cambodia too saw greater PPI investments in 2017, amounting to $4.8 billion. This was a noteworthy achievement considering none of these countries were recipients of any PPI investment in 2015 and 2016. In Laos, a $1.5 billion investment was made in an electricity generation project that will ensure an output increase of 650 megawatts.

According to the report, this was only the second time and third time respectively in the past 10 years that Myanmar and Cambodia received any investment. Myanmar saw a $1.5 billion investment in an ICT project, and Cambodia saw a $1 billion airport construction project, contributing to the investment numbers in these countries.

A total of $11.7 billion was invested in South Asia in 2017—a 90 percent spike over 2016 investment levels—across 21 brownfield and 35 greenfield projects. This increase was driven by Pakistan, which saw $5.9 billion invested in 2017 versus $1.7 billion in 2016. This jump put Pakistan on the list of the top five global recipients of PPI investment in 2017.

Moreover, it also meant that for the first time, Pakistan saw more investment than India, despite India registering a slight increase in investment from $4.3 billion 2016 to $4.8 billion in 2017, with a number of road projects nearing final closure.

Of all investments in 2017, detailed financing information was available 168 of 232 PPI projects, which had a total investment commitment of $61.6 billion. Of this sum, debt accounted for 70 percent and was the primary source of financing in 2017, with overseas debt accounting for 55 percent.

In terms of source of financing, private sources were responsible for 45 percent of investment commitment, while public sources financed 25 percent of the investment. The remaining 30 percent ($18.7 billion) came from multilateral and bilateral development finance institutions.

According to the World Bank, the investment numbers demonstrate continuing interest among private investors for infrastructure investment in emerging and developing economies globally. “It’s encouraging to see the private sector is starting to return to infrastructure investments in developing countries,” Jordan Schwartz, director of Infrastructure, PPPs & Guarantees for the World Bank Group, says. “Coupled with data demonstrating that governments are playing a bigger role in supporting these public-private investments, this shows that we are going further to meet the infrastructure needs of growing populations by bringing more resources to the table.”

Yan Ketelers CMO of Venly
URL: https://www.brinknews.com/east-asia-sees-record-private-investment-in-infrastructure/
Get ahead in a rapidly changing world. Sign up for our daily newsletter. Subscribe
​​