Emerging Drought: Are Cities Planning for the Crisis? 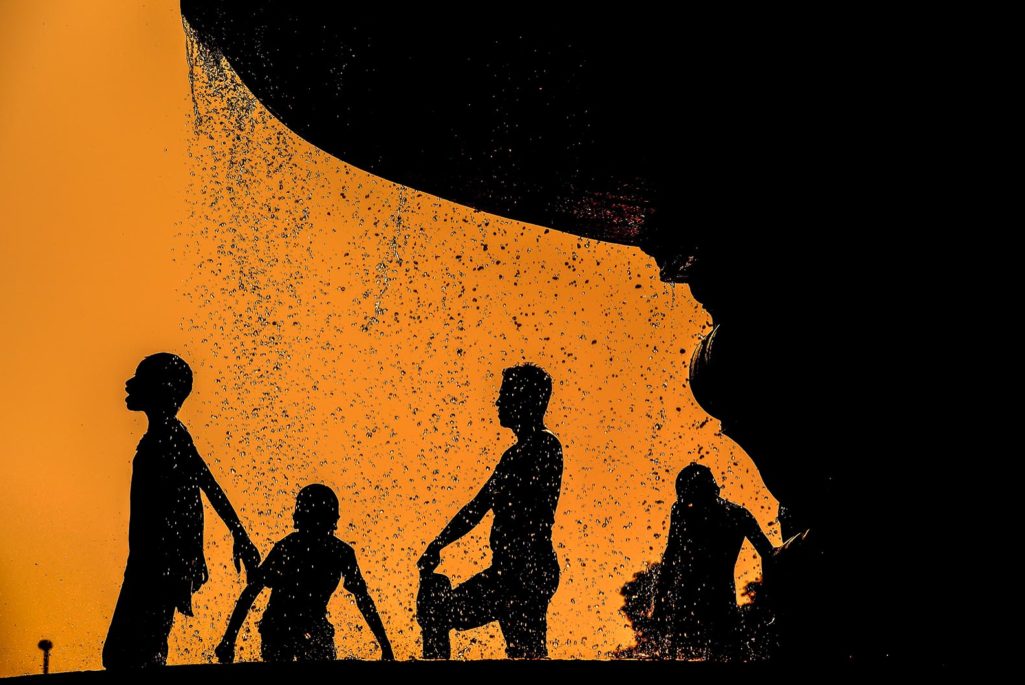 Indian children cool themselves at a fountain near India Gate in New Delhi on May 9, 2016. India is officially in the grip of its worst water crisis in years, with the government saying that about 330 million people, or a quarter of the population, are suffering from drought after the last two monsoons failed.

Between 2010 and 2015, about 130 megacities—those with more than 1 million people—were located in areas hit by drought disasters.

In some of the affected cities, water users may not have even noticed that they were living in drought-hit areas because the urban water supply system had enough storage capacity; however, other cities had to take emergency measures, including usage restrictions and water rationing.

Sustainable development of cities requires robust water supply systems, yet many cities resort to ad hoc measures when faced with a drought crisis. Although droughts are often seen as a problem for agriculture, increasingly, rapidly growing cities in Asia and elsewhere are affected by temporary water shortages resulting from a lack of rain. The buffers for extremely dry situations are low as expanding populations and economic development are bringing demand close to overwhelming current supplies.

The recent El Niño weather event brought widespread drought to Southeast and South Asia. Water levels in dams that supply tap water were critically low in many cities, including Bangkok, which suffered massive flooding in 2011. The water authority of Bangkok warned that taps could run dry in a month and recommended people store a reserve of 60 liters of drinking water. Careful management of reservoirs, prioritization of urban water users over agriculture and timely rains averted Bangkok’s second water disaster within five years.

This was not the first drought event in the region; droughts occur regularly. In 2003 and 2004, Chennai, the capital of India’s Tamil Nadu state, suffered a crippling water crisis. Reservoirs dried up, the piped supply system shut down for almost a year and most private wells went dry, forcing city residents and companies to rely primarily on expensive water brought in by tanker trucks.

In early 2014, the Kuala Lumpur region faced water rationing that affected 6.7 million consumers. While the primary cause was dry weather, infrastructure and water management problems were equally important. Lack of rain is not always the only reason for water shortages; drought is a natural hazard, but droughts in cities are very much a man-made hazard.

Prevention is Better than Cure

Research has found that the typical response of urban water managers to a drought can be characterized as an emergency response or crisis management. Although short-term measures may be effective in reducing immediate drought impacts, solely relying on crisis management may not be sustainable in the long run in the face of climate change. Moreover, crisis management is considered costly, owing to the last-minute decision-making process—often under political pressure—when there is little time for a careful evaluation of costs, benefits or effectiveness of options.

An exemplary case of good planning and diversification of water resources is Singapore. With its four national water resources—local catchment water, desalination, recycled wastewater and imported water from a catchment in Malaysia—it has developed a reliable system. In the first months of 2014, Singapore suffered its worst drought on record. Yet, aside from browning grass fields, few people may have noticed. Desalination and recycling capacity was ramped up to replenish reservoirs and supply went uninterrupted, even though due to the heat, citizens increased their water consumption by taking more showers and watering their plants instead of practicing conservation.

Singapore has the means to invest in expensive desalination plants and other technologies, though it shows that planning and having a good mix of long- and short-term measures addressing supply, demand and impacts of a water shortage works. Many of these measures, such as drought awareness campaigns and having water allocation plans ready, are relatively low-cost and can be implemented by less affluent countries.

Preparing for droughts is not the task of governments alone. Citizens and businesses have their part to play. New types of water-sensitive design infrastructure, demand reductions and several other drought measures require public participation and awareness. Droughts are quickly forgotten once it starts raining. Be it due to climate change or not, droughts will strike again, and being prepared is the best protection.

Margaret Kuhlow Finance Practice Lead at World Wildlife Fund
URL: https://www.brinknews.com/emerging-drought-are-cities-planning-for-the-crisis/
Get ahead in a rapidly changing world. Sign up for our daily newsletter. Subscribe
​​