For Greece: Currencies Are Easy, Policies Are Hard 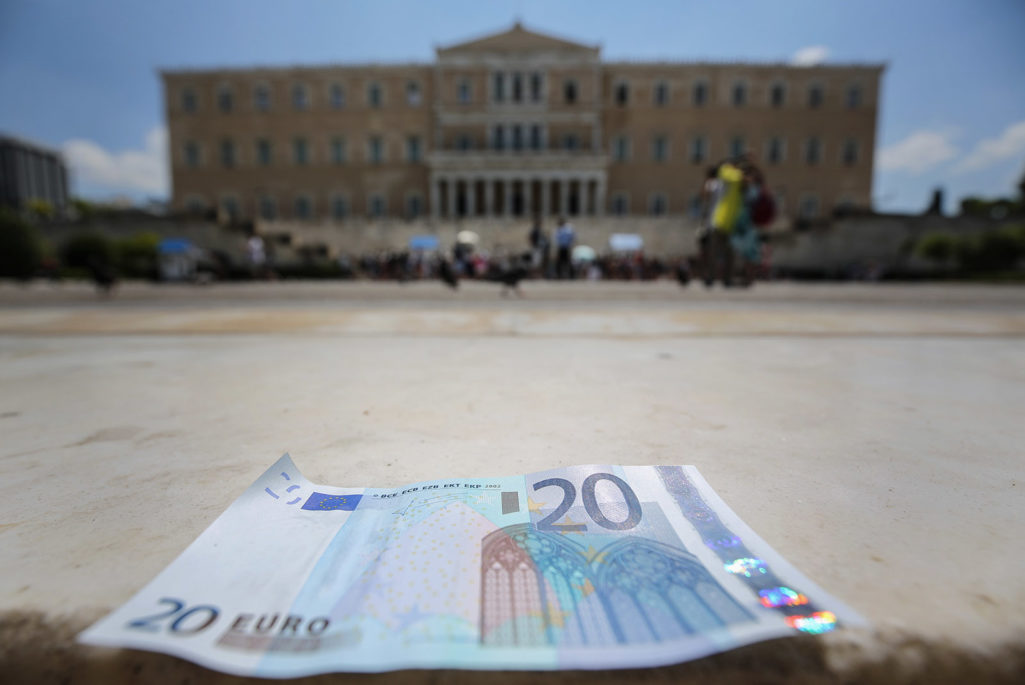 In this photo illustration a 20 Euro note sits on the steps of the Greek Parliament on July 6, 2015 in Athens, Greece. Politicians in Europe and Greece are planning emergency talks after Greek voters rejected EU proposals to pay back it's creditors creating an uncertain future for Greece.

Now that Greek voters have voted “no” in the referendum, the government is engaged in a last-ditch effort to reach agreement with its creditors on policies and financing; if an agreement is not reached soon, a rapid move to a new currency appears likely.

Among those who hope for or predict an agreement between Greece and its creditors that would keep it in the eurozone, there is a widely held belief that introduction of a new currency will be difficult, perhaps prohibitively so. Amid crisis and chaos, efforts by a discredited Greek government to reintroduce the drachma (or some new currency with a different name) would lead to further economic chaos, rapid depreciation, and hyperinflation, the story goes. Some have argued that a currency reform would fail, leaving Greece euroized like Montenegro—without an effective currency and operating on the euro but outside of the eurozone. In fact, the opposite is the case—introducing a new currency is the easy part; much harder is the task of building a social consensus—inside or outside of the euro—for sustainable and growth-promoting economic policies in Greece.

Drachma or Euro: The Pressure to Decide

Much of the discussion about whether Greece should remain in the euro has focused on whether it is truly a part of Europe’s optimal currency area, and whether there is a path for Greece within the eurozone where it can be competitive and grow. Even those who believe the answer is “yes”—including the IMF—acknowledge that the path for success is narrow. There is likely one last chance to reach agreement on a comprehensive agreement that combines significant policy reform with up-front debt reduction and adequate financial support.

As of this writing, Greek banks remain closed and ATMs are about to run out of euros. This means that the formal payments system consists of electronic transfers between Greek citizens into accounts whose balances cannot be converted into cash. The economy, to the extent that it is operating, relies almost exclusively on barter. In this environment, Greece shows three characteristics common to many countries that have chosen to reform or change their currencies: (i) a government that was unable to finance essential services (i.e., a fiscal crisis); (ii) a government that sees politically unacceptable distributional consequences to remaining fully reliant on barter; and (iii) a government that has sufficient legal and political control to enforce the currency used in commerce within its borders.

The government could begin to issue IOUs to address the fiscal issue, but not the distributional costs of the bank closures. There is a broad group of Greeks, including pensioners, who rely on cash from ATMs to survive. An IOU, unless it can be easily bartered for goods and services, will not address their concerns. In some cases—for example Argentina before it exited its currency board in 2002—a market for such IOUs developed that allowed cash to circulate within the economy. The deep discount on those IOUs then became a proxy for the value of the new currency that ultimately replaced them. Here, however, without a credible bank-based payments system, it is hard to see such a market surviving in Greece. In this environment, the pressure to change currency policy is substantial and immediate.

The diversity of experience for the introduction of a new currency reminds us that this rarely happens by the book.

The critical question from this perspective is not whether such a move meets the test of an optimal currency area. That question is usually answered with an assessment of whether the geographic and policy situation makes the currency an effective store of value, unit of account, and medium of exchange—the well-established purposes economists look to in assessing the efficiency of money. Rather, it’s whether the state has the authority to implement the move—that is, can it force citizens to accept the new currency within the country’s borders. And from this perspective, even amidst the chaos, the answer in Greece is a “yes.”

This idea, that decisions on currency are ultimately driven by questions of state power, is what Charles Goodhart has called the “cartelist” theory of money. As Goodhart and others have pointed out, there is a strand running through cases as diverse as the Roman’s use of a cow (or “pecus”) standard for its currency, the U.S. confederacy’s rapid introduction of a new currency after the Civil War began, or the break-up of the former Soviet Union: the evolution of money is linked to the needs of the state to increase its power to command resources through monetization of its spending and taxing power.

A successful currency reform requires a number of conditions be met over the medium term, including implementing legislation, issuance of new notes and coins, and measures to recapitalize and reopen the banking system. (Joe Gagnon has a very nice discussion of what is needed.) But there is a rich diversity of experience with the introduction of a new currency, which reminds us that this rarely happens by the book, particularly when the change is driven by an economic crisis. In the extreme, introduction of a new currency can be as easy as the government stamping the existing notes with a mark as a transitional measure until the new currency is designed and printed. Brazil’s transition from the cruzeiro to the real began by establishing “units of real value” as market-based units of account, and gradually adding other functions as the currency moved to have status as a legal tender. These moves were back by fiscal consolidation.  The Real Plan showed that a gradual transition can soften concerns about weak monetary institutions.

Analysts also often point to the breakup of the former Soviet Union for examples of countries that moved to introduce their own currency only after detailed planning and preparation. But, of course, that was not always the case. In June 1992, months before the total collapse of the ruble-zone was a certainty, Estonia was the first of fourteen countries to break from the currency union. Over a long summer weekend, Estonia abandoned the monetary union and relaunched the kroon as the sole legal tender. The Bank of Estonia, which a year earlier had had only twenty-five employees, had neither the experience nor institutional capacity that the Bank of Greece has today; and tensions with Russia/CIS made it difficult to discuss settlement arrangements for a currency transition. As a result, the currency fluctuated wildly at first, though it eventually stabilized and provided support for the subsequent economic transition. Tight fiscal policy and structural reforms complemented the rigidity of the currency board, and eased Estonia into a market economy.

There are costs to these types of transitions, notably in a reduced credibility of the new currency. A rapid introduction of a new currency raises the risk of counterfeiting, fraud, or abuse. But, in the end, it is overall macroeconomic and structural policies that are most important to determining the success of the new currency, rather than logistic or legal questions. Currency transitions must be accompanied by simultaneous structural reforms that enhance the credibility of the new currency and support the transformation of the economy. I have argued elsewhere that there is one last chance to get a deal that keeps Greece within the eurozone, and if that fails an exit makes most sense for Greece and for Europe.  But absent a better policy mix than has been seen so far, depreciation and default will not provide the basis for long-term growth. Today, achieving these structural reforms appears a hard task for any Greek government.

This piece first appeared in the Macros and Markets blog from the Council on Foreign Relations.