Growth in East Asia Expected to be Resilient 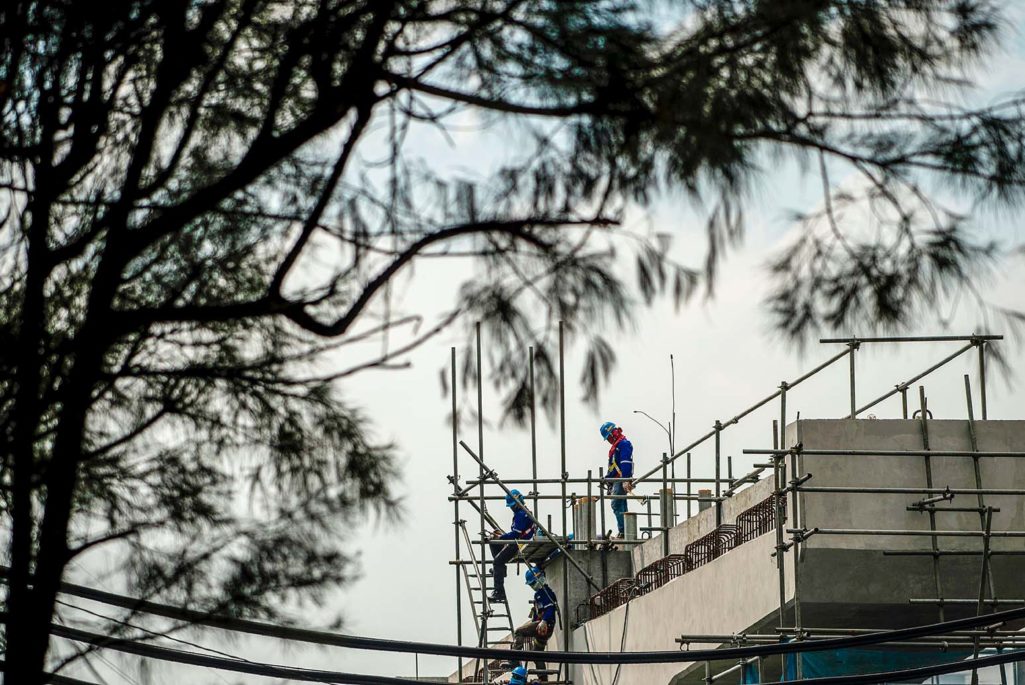 Workers are seen on scaffolding at a construction site for an expressway in Manila on March 8, 2017. Desperately needed airports and trains are part of Philippine President Rodrigo Duterte's envisioned 'golden age of infrastructure,' but graft, red tape and other perennial problems threaten the $170 billion plan.

Growth in East Asia and the Pacific regions is expected to remain resilient over the next three years—largely driven by domestic demand in the region—but there are risks to the growth prospects, particularly given the delicate global environment and domestic vulnerabilities, according to the World Bank’s most recent East Asia and Pacific Economic Update.

At the launch of the report in Singapore, Sudhir Shetty, chief economist of the World Bank’s East Asia and Pacific Region, said that some of the potential headwinds could come from faster-than-expected interest rate hikes in the U.S. and increased protectionist sentiments in a few advanced economies. Domestically, the key challenges are rapid credit expansion and the high levels of debt in many East Asian countries, much of which is denominated in the U.S. dollar.

Growth in China is forecast to slow from 6.7 percent in 2016 to 6.5 percent in 2017 and to 6.3 percent from 2018 to 2019 as it transitions to lower, more sustainable growth. The slowdown notwithstanding, China will still continue to drive growth in the region.

China’s real estate sector is forecast to cool due to policy tightening, while China’s exports rise moderately. According to the report, measures such as reducing overcapacity and leverage in the corporate sector (including state-owned enterprises (SOEs)) will advance the rebalancing in China’s economy. Developing ASEAN countries are expected to see growth rates increase from 4.9 percent in 2016 to 5.0 this year and reach 5.2 percent by 2019. The Philippines will benefit from increases in public infrastructure spending, continued credit expansion and increasing remittances. In Indonesia, growth will increase as commodity prices firm and credit growth continues. Malaysia will see moderate recovery on the back of income-support measures, increased infrastructure spending and growing exports. Thailand will benefit from increased confidence after the royal transition, large public investment projects and robust tourism, though continued weak productivity growth will be a drag on its growth.

Contrary to what many believe, “Net exports are not driving growth in the region,” Shetty said. “However—and this is one of the changes we see in the last couple of quarters—exports are beginning to rise,” he added, and that is a good sign for East Asian economies.

Over the past six months, there has been a modest recovery in the global economy, with sustained expansion in the U.S., the Euro area and Japan, and also in some emerging market commodity exporters, “so there is optimism in terms of where the global economy is headed,” Shetty said.

This recovery in growth has led to a pickup in global trade, which had collapsed after the global financial crisis, then saw a nice recovery, followed by a continued slowdown. “Now, in the early to middle part of 2016, we have started seeing a pickup in the value of global trade. While trade volume has remained flat, that should be picking up as well,” he added.

Among the key risks confronting the economies of East Asia and the Pacific are shocks to the financial sector in the large economies. For example, U.S. monetary policy could tighten more quickly—there is at least a 50 percent chance that there will be two more rate hikes in 2017, according to Shetty.

Separately, countries that have substantial amounts of external debt denominated in the U.S. dollar could face issues, particularly if the debt is short-term in nature, as is the case in Malaysia and to a certain extent in Vietnam.

According to Shetty: “What you see across the region is pretty high fiscal deficits, which, coupled with high public debt levels, makes their ability to continue to run large fiscal deficits in doubt.”

Separately, a slowdown in global trade growth could dampen growth prospects in the region. This is particularly true of economies besides China, which can stand exposure to headwinds if global trade were to slow down sharply.

In the short-term, the World Bank recommends that authorities prioritize measures that counteract global risks that threaten the availability and cost of external finance, as well as risks that threaten export growth, which is just starting to recover.

Additionally, policymakers should exercise macroeconomic prudence and ensure sustainable fiscal balances in the medium-term—this should be done through both judicious spending and efforts to increase fiscal revenues.

Finally, according to Shetty, it is important that East Asia tries to reduce non-tariff barriers, which are increasingly impeding greater integration in the region, whether it is through enhanced ASEAN integration or through the Regional Comprehensive Economic Partnership. This is particularly important in the face of rising protectionism outside the region.

Jonathan Munemo Professor of Economics at Salisbury University
URL: https://www.brinknews.com/growth-in-east-asia-expected-to-be-resilient/
Get ahead in a rapidly changing world. Sign up for our daily newsletter. Subscribe
​​