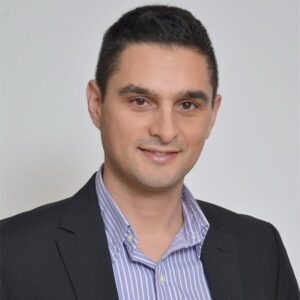 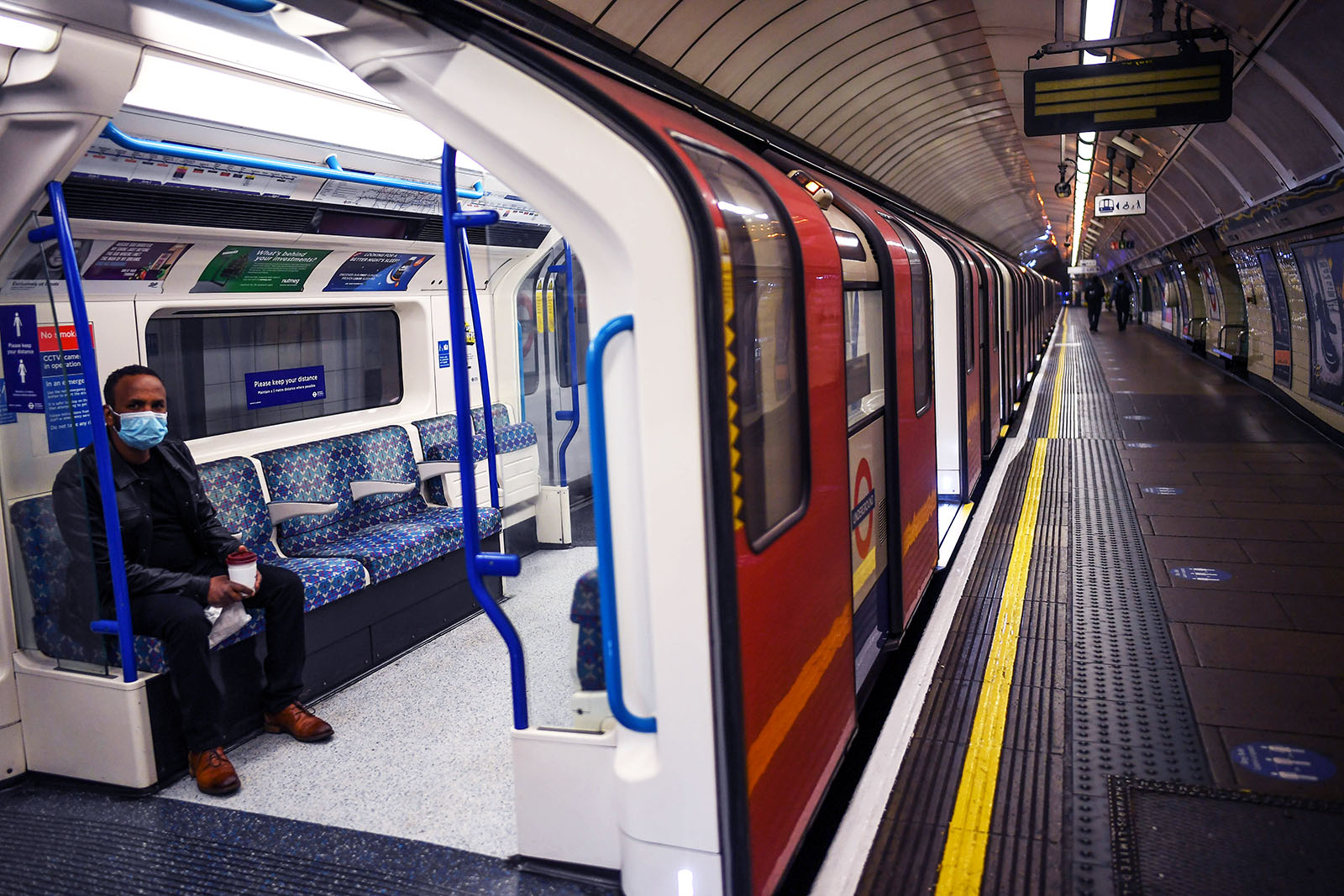 Commuters wear face masks as they use the London Underground on June 8, 2020. If countries want to avoid a second wave of infections, one approach is to flatten the typical morning and afternoon peaks in passenger numbers.

As cities around the world are emerging from lockdowns to stop the spread of COVID-19, public transport companies are facing new challenges. They will have to avoid overcrowding buses and trains to reduce the risk of coronavirus transmission, while ensuring that overall passenger numbers are high enough to sustain the system. Meanwhile, commuters are tentatively returning to public transport, but will only embrace it widely if they see it as a safe, fast and convenient way of reaching their destinations.

Cutting-edge technologies such as artificial intelligence can help us all travel at ease by crunching huge amounts of data, devising optimal schedules and journeys and adapting them to the rapidly evolving situation.

The End of Rush Hour?

Overcrowding is known to pose a major transmission risk for COVID-19 and other diseases. If countries want to avoid a second wave of infections, one approach is to flatten the typical morning and afternoon peaks in passenger numbers. At least in the medium-term, rush hour is likely to be replaced by an even spread of passengers over the course of the day.

Countries around the world are already implementing or preparing for staggered work shifts and school schedules. This helps prevent overcrowding in offices and classrooms, and also spreads out commutes. For public transport companies, this can mean operating relatively frequent trains and buses all day long, rather than running back-to-back transport during rush hour and more infrequent service during quieter times.

An all-day service has several benefits. It reduces passenger density and facilitates social distancing. It also means drivers are less likely to have to split their shifts and work during busy mornings and afternoons, with sometimes inconvenient off-time in between. Passengers benefit, too, because they can rely on fairly frequent trains and buses all day long.

However, this new model also comes with challenges. Any changes in COVID-19 infection numbers, including local outbreaks and surges, are likely to affect ridership demand. This can happen so quickly that transport providers won’t have much time to prepare and adjust. The only way to deal with the uncertainty is to have the flexibility and technological capability to react within days or even hours, and implement the kinds of schedule changes that would have previously taken months of preparation.

This is where AI comes in. Transport planning involves vast amounts of data. The number of drivers on duty, the level of passenger demand, the number of available buses and trains — as well as rules such as the maximum hours drivers can work between breaks and the length of each break — are just some of the many different factors that need to be taken into account.

We may not know exactly what transit demand will look like in the coming months, but certain principles can help transportation providers navigate the unknown roads ahead.

With the help of algorithms, transit officials can easily create different scenarios based on changes in any of these factors. They can enter changes to the routes and travel times and see the schedule update automatically. They can also handily compare the costs and revenues of the different scenarios. This allows them to respond quickly to broader events that will affect people’s movement, be it lockdowns or staggered shifts. It also means they can quickly put on extra trains and buses if needed.

AI can help us solve seemingly intractable transport problems. Take this example from our own business, which provides advanced technology to public transportation agencies and operators in various countries.

One of our customers wanted to add 5% more trips to their schedule in order to spread passenger numbers over more journeys and reduce the risk of coronavirus transmission; however, they had 14% fewer drivers available. It seemed like an impossible problem. And yet, our AI-driven software found a way of adding more trips with fewer drivers. It did so by optimizing the schedule and extending the average shift by just 45 minutes, while adding in any necessary breaks to adhere to labor and safety regulations. If the driver shortage becomes less severe, transportation providers can easily change their preferences, and the platform would automatically restore the length of the shift.

AI-powered systems also allow operators to quickly provide extra buses to ensure social distancing. Adding an extra bus may sound simple, but it requires contingency planning in the form of complex algorithms that can rapidly create alternative scenarios. These enable agencies and operators to figure out which part of the transportation network needs to change to ensure that extra vehicles and drivers are available when needed.

Take a tiny family-owned operator that owns five buses and offers only 50 trips a day. This already results in more than 1 billion potential vehicle combinations. Even with a medium-sized transit provider, the numbers become so large that they can’t be analyzed by humans alone. In big transit-friendly cities such as London, some 9,700 buses make 2.2 billion trips a year. Algorithms can sift through all those combinations and choose the optimal solutions within minutes or even seconds.

Monitor the Impact of Altered Service

Transport providers have to ensure that all those living along certain routes can still get to their destinations even if schedules are changed at short notice.

With data-driven planning systems, transport officials can enter demographic data from public sources, such as income levels in specific areas. They can then look at a map that overlays the suggested routes with this data. This allows officials to quickly see the potential impact of any changes for residents, including those who may not have the means to use private forms of transport. Such mapping is a fast and simple way of making public transit as inclusive as possible.

All told, there are many different ways social distancing may affect public transit as we encounter the changes that accompany a gradual exit from lockdown. We may not know exactly what transit demand will look like in the coming months, but principles like cooperating with local governments and private institutions to flatten peak times, creating and comparing multiple transit scheduling scenarios and monitoring the impact that any service changes will have on residents can help transportation providers navigate the unknown roads ahead.

A version of this article originally appeared on the World Economic Forum Agenda blog.

CEO and Co-Founder of Optibus @amoshag

Amos Haggiag is the CEO and co-founder of Optibus, a cutting-edge software platform for public transportation that powers complex transit operations in more than 300 cities around the world.