How Agribusiness Can Win in Partnership with Small Farms 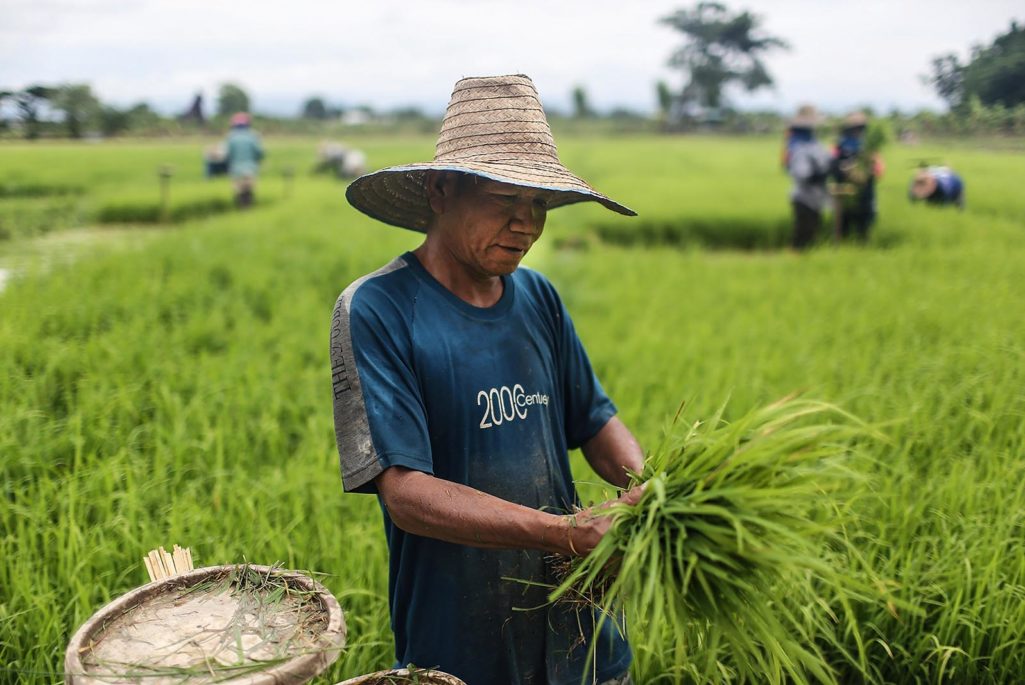 A Thai man harvests rice in Ban San Ka Wan, Thailand. Since taking power in a coup, the ruling National Council for Peace and Order has been repaying farmers money owed from a government-run rice pledging scheme, creating an economic boost for many rural communities.

Can large-scale agribusiness reduce costs and obtain less-expensive food while also reducing poverty and inequality by engaging small-scale farmers? Many conclude that such an attractive outcome is unimaginable, but innovative pilot projects hold promise that such a reality is within reach and replicable.

Conventional wisdom holds that modern agribusiness is incompatible with small-scale traditional farming. After all, agribusiness requires a dependable steady supply of large-scale high-quality produce that meets exacting standards. Unfortunately, even as small farmers seem to lack the capacity for this type of production, agribusiness also lacks the time and the ability to deal individually with the mass numbers of small-scale farmers that would be required to produce sufficient supplies. This mismatch implies that such farmers cannot benefit from the inevitable march of modernization. As a result, many call for the consolidation and scaling up of land holdings into the hands of larger-scale farmers or even corporate farms.

If this commonly held opinion is correct, it would crush small farm holders who have relied on generational farming for their livelihoods. While it is easy to believe that they would be “better off” leaving the farm to more competent hands and migrate to an urban industrial environment, it is not always the case. The best for such farmers would be to harvest a legitimate choice between farming and industry. Moreover, agribusiness, by allowing farmers to commercialize into more lucrative production, holds the potential to help poor farmers bloom.

Field research uncovered two models, unique ways in which agribusiness working in the developing world has done just that: linked up with small-scale farmers in a win-win relationship. These innovative models apply different mechanisms to circumvent the mismatch between the small farmer and agribusiness.

Model 1: China, Scaling Up from the Small Scale

China’s unique landholding institutions essentially prevent agribusiness from directly obtaining farmland. Since the early 1980s, Chinese farmers have had land allocated to them by the government via land contracts. This is not privatization; the farmers cannot sell their land (which is still owned by the state, represented by the village government), although they may rent their land, but only to other farmers. If agribusiness wants to obtain such land, they generally must go through small-scale farmers.

A survey of various projects has uncovered an array of innovative relationships with farmers that successful agribusinesses have used to their advantage. The form that Nestle uses is the simplest: To obtain coffee from Southwestern China, it simply establishes buying stations, encouraging grain-growing farmers to shift to coffee. As they have become more confident of a stable market, farmers in the area have rotated out of corn to grow the more lucrative coffee crops. As a result, Nestle has been able to secure coffee at such a scale that all coffee it sells in China is sourced from Chinese farmers. Nestle gets a cheaper supply of high-quality coffee, while farmers—some of whom can now invest in processing equipment to obtain a higher price— have emerged from poverty.

Research found two unique ways in which agribusiness linked up with small-scale farmers for a win-win relationship.

KFC has used a different model to do something similar: To obtain all the chickens used in the KFCs throughout China, it has, through contractors, linked with numerous small farmers. In eastern China, where farm sizes are small—but large enough to raise chickens—the contractors sell chicks to local farmers and teach them to raise the fowl. After the chicks have grown, the farmers sell them back to contractors. The contract price already includes the price of inputs such as feed, meaning the farmer is not paying out-of-pocket and requires less start-up capital.

In a third model unique to China, some agribusinesses rent land en masse from the village, which actually owns the land. Farmers in that village, as a result, receive rent as well as employment on larger-scale farms. The rent and salary paid to farmers are far higher than that received from growing grain. Moreover, through village elections and their land use rights, farmers still maintain some control over contracting decisions and terms.

These forms represent a win-win situation for farmers and agribusiness. They provide farmers—millions of whom have been compelled to migrate to cities not by pure choice but by economic necessity—to stay in farming. This allows farmers to remain within their villages, with their children and neighbors, and suffer less disruption. Moreover, such farmers are able to shift to more lucrative commercial crops and learn how to grow them, thereby increasing their ability to support themselves.

However, farmers cannot do this by themselves. Most poor farmers are understandably averse to risk that comes with shifting to commercial crops. They lack access to national and international markets. They lack the start-up capital needed to shift.

Thus, a chicken-and-egg scenario emerges: Agribusiness will not enter without scale production, but without agribusiness, farmers will not produce to scale. In all these forms, the common denominator is that agribusiness takes the first step, providing the impetus that Chinese subsistence farmers require to shift to commercial crops.

In this case study, the challenge is to receive certification for organic rice. Farmers must demonstrate and document going through a dizzying number of steps in order to qualify. The requirements are far more than a large number of disperse, small-scale, often illiterate farmers can typically manage.

Not surprisingly, most areas of Isan have failed to capture the benefits that accrue to the farmers by producing organic rice. An exception is one province, Surin, that has captured much of the market in organic rice, providing once again a win-win for agribusiness and farmers.

Here, the impetus has not been agribusiness, but instead non-government organizations (NGOs). For historical reasons, NGOs have for decades been active in Surin and have established strong ties with local farmers. This has enabled NGOs to work with small farmers to meet the exacting standards needed to qualify for organic rice certification. Staffed by professionals, the NGOs manage the crushing load of paperwork needed for certification. As an organization, they can help provide education, purchase inputs at bulk prices and provide other needed services. They help to establish and popularize internationally recognized brands and export the rice to distant markets in Asia.

Here, the NGOs combined with local government support and national policies to do what other provinces have not done: Tap into the growing international demand for organic rice, lifting thousands of families out of poverty.

These types of engagements with small-scale farmers are not examples of agribusiness simply “doing good.” Instead, they are acquiring cheaper, dependable produce. At the same time, both models help farmers provide a stable living for their families. Neither model is risk-free. Institutional and other barriers preclude the widespread dissemination of these models, even within Thailand and China.

Nonetheless, most cases we have documented have succeeded. They both require agribusiness to make the first step, requiring deep local knowledge and willingness to innovate. By doing so, agribusiness can engage in corporate social responsibility not by engaging in charity, but by doing what they do best: supplying food to the world.

David Dollar Senior Fellow of the John L. Thornton China Center at Brookings Institution
URL: https://www.brinknews.com/how-agribusiness-can-win-in-partnership-with-small-farms/
Get ahead in a rapidly changing world. Sign up for our daily newsletter. Subscribe
​​