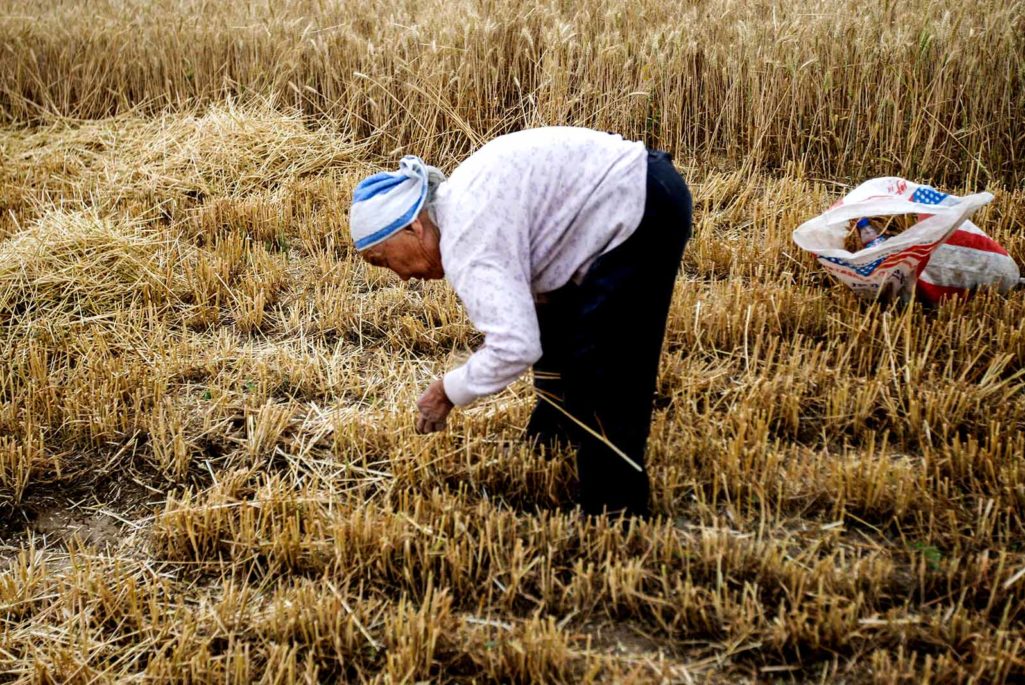 A farm worker gleans wheat in a field on May 29, 2011 in Huaibei, Anhui Province of China.

Between 1978 and 1984, more than one hundred million Chinese people emerged from abject poverty. The exact numbers differ. Estimates of the scale of poverty reduction, based on different poverty lines, range from 131 million to 181 million to 585 million.

However calculated, the poverty reduction number is mind-boggling. China’s experience with poverty reduction is often held up as a template for the rest of the developing world, so why hasn’t this record been more widely known outside a small cadre of China watchers? Part of the reason is that the poverty line has shifted over time. The poverty that declined in the early 1980s was fairly severe. When measured on a higher poverty line, the decline in poverty, though still real, is just not as obvious.

Second, and more seriously, most scholars overly aggregate the data. For instance, one World Bank report is typical in reporting that, “in the past three decades, China’s broad-based and high-speed economic growth helped more than 700 million people rise out of poverty.” Even on this website, Professor Wu Guobao of the Chinese Academy of Social Sciences wrote: “The head count ratio of poverty by the official poverty line … has been reduced by 94 percent from 1980 to 2015 in rural China.”

Reporting poverty in aggregate implies that poverty declined steadily across the past several decades. However, this is not true.

What happened during this brief but dramatic period? The setting was the dawning days of the reform era. Deng Xiaoping rose to power in 1978 and set in motion a reform process that sparked rapid growth. As China opened up to the outside world, foreign investment poured in, starting a chain of events that drove China’s rapid development. Millions of people emerged from poverty.

This sounds logical enough—economic growth is often (and incorrectly) perceived as a panacea for poverty. However, the conclusion that economic growth drove China’s poverty reduction is inaccurate and misleading. First, China’s poverty reduction was uneven—it stopped dropping after the mid-1980s and even increased according to certain measures. Yet, China’s growth was rapid throughout most of the reform period. In fact, the 1978-1984 period, when poverty declined the most, ranked as one of China’s least impressive periods of economic growth.

A recent joint China-World Bank report argues that poverty reduction in China was a result of record growth, which in turn was driven by reforms that allowed people to move out of agriculture. “Rapid economic development was facilitated by urbanization that created a supportive environment for growth with abundant labor, cheap land, and good infrastructure,” the report offers.

This answer is also flawed—at least for this time period. Industrialization and urbanization have both increased sharply in China, but each has risen only after, not during, the period in question. Most of Deng’s urban-based market reforms started after the mid-1980s. Industry’s market share in China’s overall GDP—whether driven by state-owned enterprises (SOEs), domestic private firms or foreign invested firms—actually declined from 1978-1984. Moreover, while investment in the industrial sector soared later, with its total value increasing from 199 billion yuan ($29.3 billion) in 1978 to 20 trillion yuan in 2013, in 1985, the value was 785.43 billion yuan.

The answer lies in rural development—not urban China. Agricultural production rose and so did rural incomes.

This is also true of urbanization and migration—both began growing rapidly only after the mid-1980s. As late as 1985, China’s urbanization rate stood at 23.7 percent—up just over four percentage points from 1980. Even this statistic is deceptive. Many of China’s urban-rural migrants during this period were not poor farmers, but rather former urbanites sent to the countryside during the Maoist period. It was not until 1984 that central regulations began allowing rural migrants to work or conduct business in urban areas, provided they could support themselves.

Instead of looking to urban China, the answer lies in rural development. Deng’s first economic reforms were not urban, but rural—fundamental reforms in rural farming.

This is ironic. Most scholars note the low productivity of agriculture. However, a slowly growing agricultural sector can reduce poverty—as long as poor farmers capture the gains. This reflects the situation in China, at least from 1978-1984. With the combination of newly endowed rights to land, individual incentives linking work to reward, increases in government procurement prices, subsidized inputs and favorable weather, agricultural production rose 6.6 percent on average each year between 1978 and 1984.

Under China’s new “Household Responsibility System,” the government assigned each family the responsibility of producing government-established quotas, which the state then purchased at set prices that increased steadily over the first few years. While the state would buy grain produced above the quota, it also permitted above-quota production to be sold on local markets. State purchases of grain—especially government purchases at the set above-quota price—proved particularly crucial to reducing poverty during this period. In the initial years, the government bought commodities at 50 percent above quota prices.

Thus, agriculture drove poverty reduction in this period: After the breakup of communes, farmers responded energetically. Agricultural production rose and so did rural incomes, including those of the poor.

Improved rural incomes created a virtuous cycle that also fed the growth of newly liberalized industry in the countryside, which in part produced consumer goods for the rural economy. By 1985, the number of town-and-village enterprises (TVEs) reached 12.2 million, up from 1.5 million, and they employed 69.8 million people. By the mid-1980s, approximately one in nine rural households were primarily engaged in off-farm activities—often during the off-season—and many of them worked for these TVEs.

While the role of TVEs was impressive, it eventually weakened. Shackled by their remoteness, urban-biased policies and unfair advantages granted to city-based SOEs, their role declined. The pace of poverty reduction moderated with it.

Thus, the widespread call to promote industrialization and urbanization to reduce poverty, both in China and in other parts of the developing world, is based on faulty logic.

Urbanization should be a natural phenomenon, based on the creation of jobs that rural residents can take up in the cities. Around the world, most poor people live in the countryside and are engaged in agriculture. As China showed the world nearly four decades ago, promoting rural development supplements efforts to urbanize and industrialize. It provided rural residents the choice to migrate to the cities or to stay home. Promoting such choice should be at the core of development.

Tom Friedman Author, Reporter and Columnist for The New York Times
URL: https://www.brinknews.com/poverty-reduction-in-china-stellar-but-misunderstood/
Get ahead in a rapidly changing world. Sign up for our daily newsletter. Subscribe
​​