How BRINK Covered Geopolitics During An Unpredictable Year 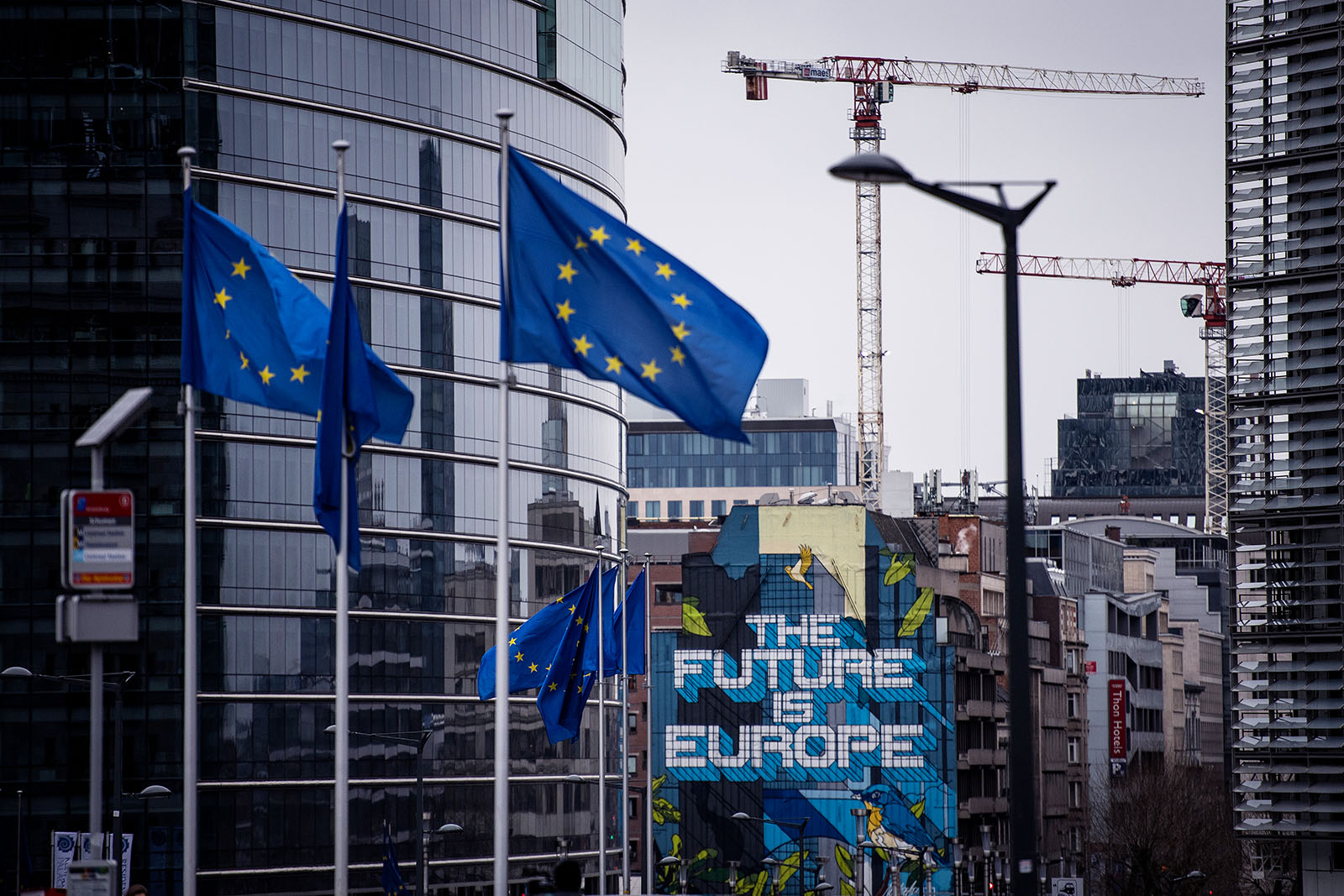 A mural by Belgian artist NovaDead on display near the European Commission headquarters in Brussels, Belgium. Europe spent 2020 grappling with the major geopolitical issue of Brexit.

2020 was an unusual year for geopolitics. Ongoing crises that had featured prominently in 2019, such as the war in Yemen and Libya and tensions with Russia, were overshadowed by the enormity of the COVID-19 crisis and its economic fallout.

In all, we did 50 articles on geopolitics in 2020. In an age of rising nationalism and protectionism, it’s not surprising that a large proportion of them involved bilateral relations, such as India’s relationship with China, Brazil and Argentina, the U.S. and Iran.

The European Union was a regular presence on BRINK’s pages. One of the less covered aspects of EU foreign policy is its relationship with China. Guntram Wolff and Alicia Herrero of Bruegel wrote a trenchant piece entitled, “China Has an Unfair Advantage in the EU Market. What Can Be Done to Level the Playing Field?”

“But while Italy, because of the heavy toll of COVID-19, deserves Chancellor Merkel’s most pressing focus, it is not the only country Chancellor Merkel is trying to help. France, too, is in danger of shifting more decisively toward populist solutions. President Macron is one of the few leaders that have suffered politically at home during the pandemic. His party recently even lost the absolute majority in Parliament. Chancellor Merkel seems to have recognized that President Macron needs success in Europe in order to steady the ship at home.”

German Chancellor Angela Merkel held the presidency of the EU in the second half of 2020, offering her a final chance to prioritize the giant EU Recovery plan, which she and President Macron had devised. In November, Alex Privitera considered what a post-Merkel Germany might look like in his piece, “What is Germany’s Succession Plan After Merkel?”

“Three potential successors have emerged. Two of them have very much suffered under Chancellor Merkel’s leadership. Both Friedrich Merz and Norbert Roettgen were sidelined by her in past years, and their potential comeback tastes of revenge.

The third, Armin Laschet, is the governor of North Rhine Westphalia, the most populous German state. The choice is not trivial since it could have an impact on the composition of a future governing coalition and its European policies.”

In Europe, the other huge geopolitical issue of 2020 was Brexit. We ran a steady feed of Brexit analysis throughout the year, including a two part interview with Anand Menon, the director of The U.K. in a Changing Europe program. In June, he seemed fairly optimistic that a deal would be struck by December 31st:

As for Britain’s economy post-Brexit, Menon suggested that the impact would only really be felt after several years:

“A lot of firms that have invested in the United Kingdom, partly because of the access the U.K. gives them to the single market, aren’t suddenly going to shut up shop and go home because of some costs. If you think about Nissan or Ford or Peugeot, they’ve built car manufacturing plants here, and they will see out the current line of production.

But in two, three, four years’ time, when they’re thinking about their next investments — at that point, they might start thinking, would it be better to relocate this to within the European single market? So the Brexit impact will be ongoing. Its impact in the short- to medium term will be negative, and will come on top of any residual COVID impact.”

Our partner, the Altamar podcast, interviewed Dhruva Jaishankar, the director of the U.S. Initiative at the Observer Research Foundation, about the border dispute between India and China that erupted in September:

“My personal inclination is that it is driven a little bit more by vulnerability than a lot of outside observers think. It’s coming at a time where China has suffered a 6.8% contraction in its economy.”

Toward the end of the year, BRINK turned to the U.S. election, while trying to avoid replicating the wall-to-wall coverage in the mainstream media. In October, we ran data showing the depth of European’s concern over how “free and fair” the election will be.

After President-elect Joe Biden’s victory, Altamar interviewed U.S. national editor and columnist Ed Luce of the Financial Times on what President-elect Biden’s foreign policy will like:

“America cannot lead internationally unless it is reforming domestically. That is the great Gordian knot for the future of the world that America in general, and [President-elect] Biden, in particular, has to find a way of cutting.”

One bright spot of the political world in 2020 has been the steady increase in the number of women in many parliaments.

As with other subject areas, COVID-19 features heavily in our top five most popular geopolitical pieces of 2020:

If you would like to read more of our geopolitical articles in 2020 — anything from the future of Lebanon, to Prime Minister Shinzo Abe’s legacy, to the impact of COVID on conflicts around the world — you can find them all here.