How Can Asia Grapple with the Twin Threats of Aging and Automation? 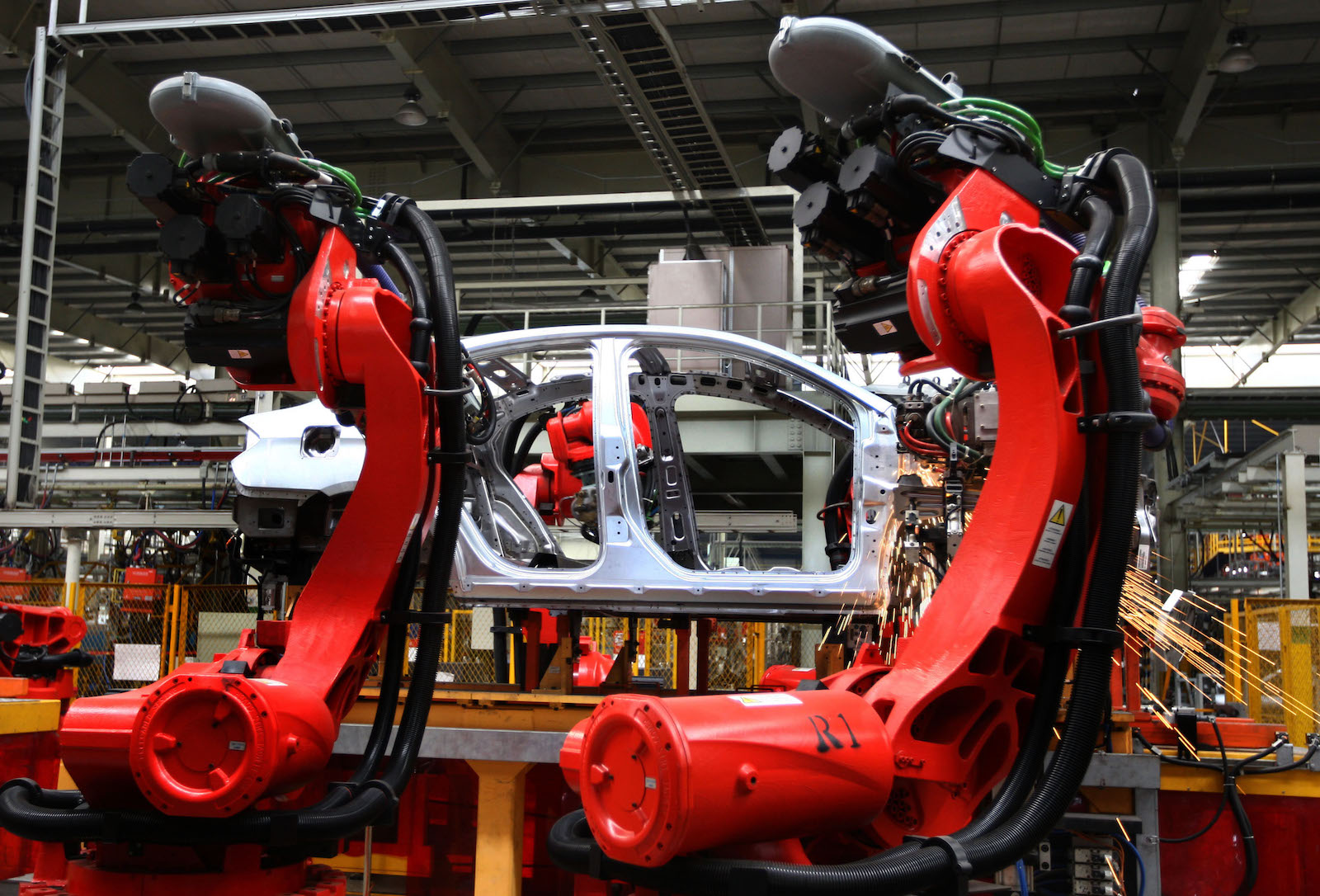 A welding robot works at an automobile factory in China. The country is likely to face serious fallout from the reshoring and automation of low-skill labor.

Workforces in Asia today are facing two unprecedented and far-reaching trends: widespread societal aging and the automation of work by intelligent technologies.

Contrary to the common perception that aging is largely a developed-nation phenomenon, many emerging markets in Asia are projected to face the effects of the trend head-on.

Concurrently, the emergence of intelligent technologies is transforming the nature of work and poses serious risks to low- and basic-skill workers in the region. Displacement at the hands of new technologies is likely to hit Asian economies particularly harshly, as multinational companies are increasingly looking to reshore their labor-intensive operations and redesign them around robots, computers and other new technologies to cut costs.

The confluence of these two trends raises a crucial question: What effect will increased workplace automation have on older worker populations? A new report from the Marsh & McLennan Companies finds that older workers in several major economies are at serious risk of being displaced by workplace automation. Asian nations—both emerging and developed—are found to face some of the harshest fallouts from the confluence of aging and automation.

Our research estimates the risks 15 key countries face from aging and automation. We find that countries with more older workers in automatable occupations tend to be ones where the number of older workers is projected to grow the most rapidly. This finding has significant implications for Asian economies, which are not only aging rapidly, but also have large swathes of people employed in low- and basic-skilled (and therefore automatable) work.

Of the 15 countries sampled, the three economies facing the highest-risk levels are China, Vietnam and Thailand. Among the developed economies sampled, South Korea and Japan are the two most at risk.

Some results from our research for Asian countries are particularly notable:

China: Of all the nations sampled, China is found to be most at risk. The report shows that older workers in China are doing work that is, on average, 76 percent automatable. At the same time, between 2015 and 2030, the number of Chinese workers aged 50-64 (as a proportion of the working age population) will increase by more than 1.28 times. As a major manufacturing hub, China—much like other parts of emerging Asia—is likely to face serious fallouts from the reshoring and automation of low-skill labor, and older workers will be hit particularly hard by these developments.

South Korea: South Korea is found to be the most at-risk developed economy in our sample set, with a risk-of-automation score of 63 percent. Despite being a developed economy, it has older worker populations that are at high risk of automation and is also concurrently experiencing rapid aging. South Korea is projected to be the most rapidly aging country in the world between 2015 and 2050, and it had the highest rate of robot adoption in the OECD between 1990 and 2015. Notably, we found that older workers in Korea are also faced with far higher risks of displacement compared with younger workers—a discrepancy that is far greater than in many other economies. This is because older workers in South Korea are disproportionately found doing low-skilled work, such as cleaning and serving food.

Singapore: Singapore is found to have older workers at middling risk of automation, with a score of 54 percent. However, the discrepancy between automation risks to old and young workers in the sample of countries is by far the greatest in Singapore. As in South Korea—but on a much more dramatic scale—older workers in Singapore are widely and disproportionately employed in low-skilled work compared with younger workers, and they are therefore faced with much greater risks of automation. With the 50-64 year-old population projected to increase by 1.15 times between now and 2030, Singapore will need to take serious note of these risks and their fallouts.

Difference in Average Risk of Automation between Old and Young Workers

The report goes on to amend its sample of nations to all OECD nations and Singapore to dig deeper into the factors that may explain why some economies have more low-skilled older workers than others. It finds four key themes behind the automation risks to older workers: education, public spending/welfare, industrial structures and legal rights in financial systems.

Implications for Asian Economies and Businesses

In emerging Asia, where industrial structures are heavily dependent on labor-intensive industries such as manufacturing and textiles, and where welfare, financial and education systems are often lacking, older workers tend to find themselves in lower-skilled work and therefore face significant risks of displacement by automation.

Source: The Twin Threats of Aging and Automation, Oliver Wyman

As firms in Asia look ahead, it will be important for them to be cognizant of these risks. The International Labour Organization has estimated that 137 million salaried workers across age groups are at risk of losing their jobs to automation in Southeast Asia’s emerging markets, due in large part to automation and reshoring. Even Asian firms exposed to local markets rather than foreign ones are increasingly looking to leverage the abilities of emerging technologies in their operations, putting many workers at risk of displacement.

However, for Asian firms to remain relevant and retain their business, they will have to upgrade their services using human labor alongside the automation of their work. What was considered “premium” in the global markets in the past will now be considered “standard”: a phenomenon that will require human workers to move away from lower-value work into more value-added services as a complement to digitization. For example, humans who previously worked as data entry workers will need to be transitioned into higher-level work, such as spreadsheet processing and database maintenance. Plant and machine operators will need to become specialty technicians and robotics monitors; waiters will need to transition into customer-service and dining-event management roles. Enabling these transitions will help firms upgrade their services and retain both global and local business.

Achieving this transition in an environment where younger worker populations are shrinking will be difficult, and firms will need to be able to accommodate and leverage the abilities of the older workers available. Companies, therefore, have much to benefit from investing the productivity gains from automation into their human workers—particularly older ones, who are increasingly willing and able to work. Investing in older workers through firm retraining programs and older worker accommodation strategies will help older workers reskill and redeploy themselves into premium areas of the workplace; it will also provide firms with a fresh source of vitality in a world of shrinking young labor forces. With labor markets around the world aging so rapidly, it will be incumbent upon firms to use the unique abilities of older workers as part of their digital evolution.

Meghna Basu is a research analyst at Marsh McLennan Insights. She has co-authored research pieces on a variety of topics ranging from societal aging, to workplace automation, to cybersecurity to infrastructure development.