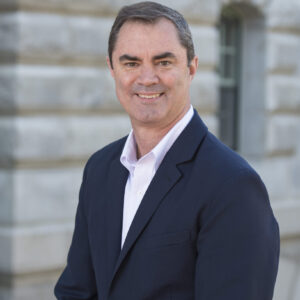 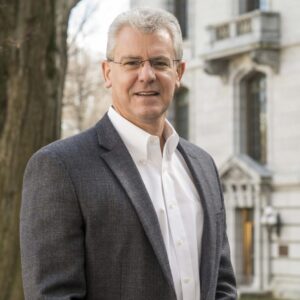 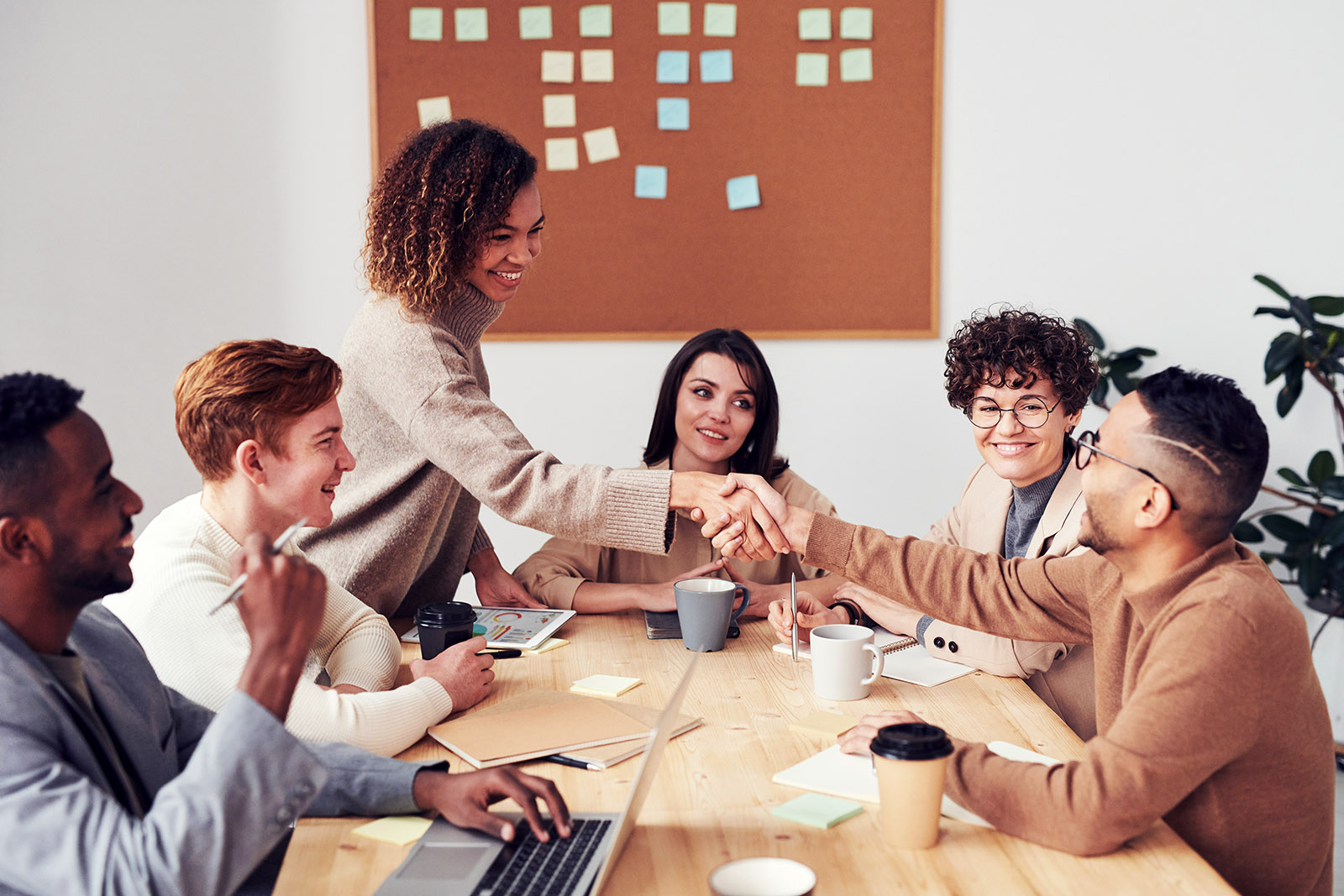 Many women tell researchers that business meetings are often places where they feel like they have to fight to have their voice heard, due to men who interrupt them.

The issue of gender inequality is a male issue as much as it is a female one. But while many men have voiced their support for the #MeToo Movement, research suggests they often don’t notice gender inequities in the workplace or fear that any gains for women could mean losses for them.

David Smith is a professor of sociology at the U.S. Naval War College and Brad Johnson is professor of psychology at the United States Naval Academy. They are the authors of the recently published GOOD GUYS: How Men Can Be Better Allies for Women in the Workplace.

SMITH: This book distills the best social science and behavioral science evidence around this issue, but also looks at the specific actions that guys can be doing right now today in terms of being better allies in the workplace.

We interviewed high-flying women across professions and industries around the world. We got a chance to understand what they most appreciate in those men whom they considered to be allies in the workplace — and what it is they specifically did. What were the things that they wished that more men understood about this, and the things that they wish men would do more or less of in some cases in the workplace?

Women Fight to Be Heard in Meetings

BRINK: Let’s go through some of those specific things that you found because the specific actions are interesting. You talk a lot about behavior in meetings — why does that matter?

JOHNSON: The frequency with which Dave and I heard in our interviews about problems coming up around bias and sexism in meetings really took us off guard. I think the reason for that is that as men we don’t have a lot of these experiences of being dismissed, of being interrupted, of having our great ideas stolen and so forth that women do.

We were surprised at just how many women said meetings are often places where I feel like I have to fight to have my voice heard and have to talk over men who are constantly interrupting me.

So some of the things that we recommend: Number one is to be aware of what’s going on in the meeting. Practice your situational awareness. So, who was invited to the meeting, and who was not? Who’s being interrupted? Who’s getting to speak? Who is actually able to sit at the table when we’re meeting in a real workplace and who’s not?

If a woman is not being included, if nobody’s recognizing her expertise, I have a chance as a male ally to call that out. I can say, “Hey, that’s my two cents, but what I’d really love to hear is what Melissa thinks about this because she’s a subject matter expert, and let me just share some of the things that I’ve learned from her over the years on this topic, and we should all be paying attention.” Men can notice who’s getting interrupted, and speak up.

We call these ‘manterruptions’ and I can do something about that. I don’t have to get all confrontational, but I can say, “Hey, Hey, hold on there, Bob. I’d really like to hear what Helen was saying. I think she’s really onto something. I’d love her to finish her comment.”

If a female colleague shares a brilliant idea, and we all talk over her and she doesn’t get credit and then a guy says something similar toward the end of the meeting and he’s getting the credit, it’s fairly easy for me as a male ally to draw attention back to her.

BRINK: So, that’s meetings. Another thing you talk a lot about, not surprisingly, is general sexism and comments in the workplace. How should men handle that?

SMITH: So as we think about allyship, there are two parts. One is just the personal, how do I think about collaborating with women and trying to create equity for everyone in the workplace? And that’s just for me.

The harder part is about public allyship and this gets to this idea about what happens when we see something that’s sexist or biased in the workplace. When you see it and you recognize it, then you have to do something about it to eliminate that. This is what it takes to disrupt systems of inequity, because there may be people in the room who think it’s acceptable at some level.

The more we can get to transparency, the more rapidly we’re going to make real progress on gender equity.

When we hear a sexist comment, you can’t say, “Well, hey Bob, that’s not appropriate here because Mary’s here in the room.” instead, you have to own this. Because otherwise it gives permission for the person to do this in a different environment when you’re not there.

If we don’t do something within a few seconds, you’re probably not going to do anything at all. The research is pretty clear on that.

So within about two or three seconds, we just need to do something, say something to disrupt and bring it to everybody’s attention. There are different ways you can say something, depending on the audience and the people that are around you.

BRINK: A third one is, which I thought was interesting is, share your salary. That could be quite a delicate thing for a lot of people; why did women tell you that was important?

JOHNSON: Things that perpetuate inequity often have something to do with secrecy. And nothing drives a deeper wedge than the pay gap — the lack of transparency about who’s getting paid, who has negotiated what kind of benefits, who has negotiated a sweet deal with respect to maybe flex work time, who’s in line for the next promotion, which promotions are coming up, etc.

Women historically have had less access to this information. Men often share this stuff over drinks at a bar or in the men’s room. It’s sort of word of mouth that’s passing on the secret intelligence.

You don’t have to out everybody else in terms of what they’re making. You could tell female colleagues, “Hey, here’s the bandwidth in terms of what other people at your pay grade are making. Here’s what I’m making.” Maybe I share this with a female colleague at my level, so she has a sense about where she should be — especially if we’ve been at the company around the same time.

That does take some courage on the part of allies. I think often there can be implicit rules that we don’t talk about our salary, but as long as I abide by those implicit rules, I’m perpetuating and I’m complicit in keeping people in the dark about opportunities they’re not aware of.

I know that lawyers and people in HR might get uncomfortable with this, but this is a place where allies need to push back. This secrecy is not okay. The more we can get to transparency, the more rapidly we’re going to make real progress on equity.

Organizations Need to Be Transparent

SMITH: Transparency is essential. Organizations often have programs around gender equity, and the leadership has to be transparent about what their goals are and why we’re doing it. Most importantly, it has to be connected to the core business outcomes.

It can’t be something that’s over in HR, because then all the frontline managers are going to look at it and go, “Well, I’m really busy. I don’t understand how this is important to me and to what I’m doing every day.”

If we don’t tie it to the core business outcome, you’re probably not going to get many men engaged in the program. The men in your organization need to understand that this is tied to the business outcomes. We need to make frontline, middle managers and even senior executives accountable for reaching these goals. Recently, Facebook aligned their chief diversity officer not to somebody over in HR, but directly to the COO and the CEO.

In France, their gender equity index today looks at how are we doing on pay equity. How are we doing on women’s representation at senior leadership levels? And if your company is working out of France, you’re going to have to meet their goals and if you’re not there, then measures are put in place to help motivate you to do that.

David G. Smith, Ph.D., is a professor of sociology in the National Security Affairs department at the U.S. Naval War College. As a sociologist trained in military sociology and social psychology, he focuses his research on gender, work, and family issues. He is the coauthor of Athena Rising: How and Why Men Should Mentor Women.

W. Brad Johnson, Ph.D., is a professor of psychology in the Department of Leadership, Ethics, and Law at the United States Naval Academy and a faculty associate in the Graduate School of Education at Johns Hopkins University. He is the author of thirteen books, including Athena Rising: How and Why Men Should Mentor Women.

Michael Parke Assistant Professor of Management at Wharton School of the University of Pennsylvania
URL: https://www.brinknews.com/how-can-men-be-better-allies-for-women-at-work/
Get ahead in a rapidly changing world. Sign up for our daily newsletter. Subscribe
​​