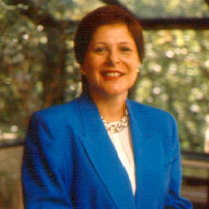 Janice Bellace
Samuel A. Blank Professor Emeritus of Legal Studies & Business Ethics at The Wharton School of the University of Pennsylvania 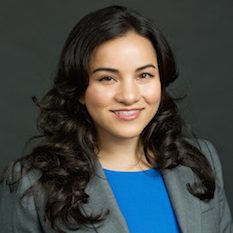 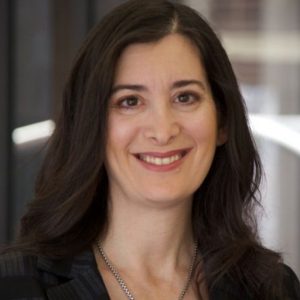 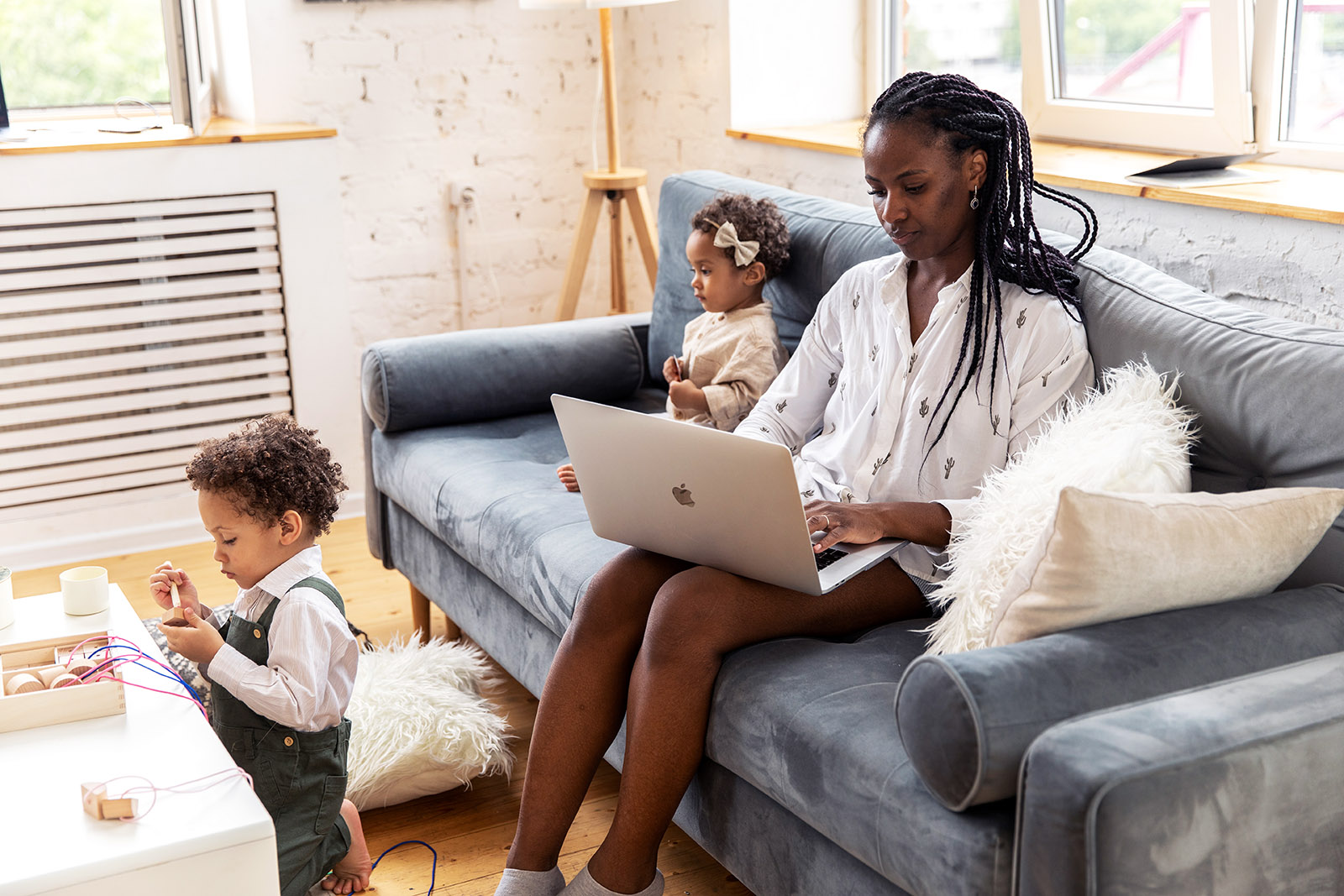 American families and companies have been trying to solve the child care conundrum with limited success since the 1970s. Women still bear the brunt of child-rearing despite their decades of advancement in the workplace.

The global coronavirus pandemic has been hard on everyone, but perhaps no segment has been hit harder than working women.

About 2.3 million women have exited the U.S. labor force since the pandemic began, compared with about 1.8 million men. Many were driven out by layoffs in food service, health care and hospitality — sectors that employ a majority of women and that have been most affected by the economic slowdown. Others left their jobs voluntarily, forced to stay home and care for children suddenly unable to attend school or daycare.

As a result, female participation in the workforce has dropped to 57%, a level not seen since 1988. The situation is dire enough that U.S. President Joe Biden called it “a national emergency.” With schools reopening and vaccines becoming more widely available, there is light at the end of the pandemic tunnel, but questions remain about whether working women will recover from such a deep setback.

“Where does all of this leave women who aspire to become leaders, or who have assumed leadership roles in their organizations?” Wharton Dean Erika James asked during a livestreamed faculty discussion.

Wharton professors Janice Bellace, Corrine Low and Nancy Rothbard said the labor statistics are alarming and reflect the need for better policies around affordable, accessible child care. Women still bear the brunt of child-rearing despite their decades of advancement in the workplace.

“This is really serious because they left the labor force. It’s not because they’re unemployed. They left,” Bellace said about women who gave up their jobs to stay home with children.

The exodus could negatively affect all working women because it sends a message that female employees aren’t reliable.

“That’s the last message we want to get across. We have to get across the message that this was temporary, we hope. But that also means we have to look at child care in this country,” said Bellace, a professor emeritus of business ethics and legal studies.

American families and companies have been trying to solve the child care conundrum with limited success since the 1970s. Bellace noted that they need help from the federal government to formulate a uniform policy, calling the issue the “unfinished business” of society. “It really does depend on a governmental response. That’s what most other countries have done,” she said.

What Women Bring to the Table

The loss of women in the workplace also has reverberating effects for businesses that benefit from maintaining a gender and diversity balance. Both research and real-world experience have shown that women bring much to the table, including different perspectives, different managerial styles and different ways of collaborating.

Low, an assistant professor of business economics and public policy, said research has found that women are more fruitful negotiators than men because they don’t engage in as much brinkmanship, working instead for better outcomes for everyone. She said society must stop defining leadership based on qualities associated with white men.

“Real leadership is in the outcomes you achieve,” said Low.

Rothbard, a management professor, voiced concern not just for the women who left the workforce during the pandemic, but also those who remained. She said women in senior leadership roles do a lot of the “care work of bringing people together.” That kind of community building is harder and more stressful when done remotely. It can also be invisible, which means those senior women may not be recognized or compensated for it.

Women who return to the workforce when the pandemic is over will face additional challenges, whether stepping back into their old roles or going after new ones.

In addition, senior female executives are often put in charge when a company is in crisis — known as the “glass cliff” phenomenon — when the risk of failure is highest.

“There are so few women in these roles that there’s a spotlight on them, so it makes the pressure more intense,” Rothbard said.

The Generation Gap Is Closing

In addition to their varied expertise, the professors also represented three generational views on the enduring struggles facing women in the workplace.

Bellace said she’s pleased with the cultural changes that she has seen over the years. Younger men no longer assume that every female co-worker is a secretary, and they are more willing to accept women as leaders and authority figures. Traits long associated with women, such as empathy and coalition building, are now lauded in men.

“Women don’t have to ‘act like men’ to be successful,” she said.

Rothbard agreed that workplace culture has evolved, but she noted that some implicit biases and gender-role expectations are deeply rooted. “Women can’t just ‘act like men.’ Because when they do, there is a backlash,” she said. Women must walk a finer line than men in balancing power with compassion, she added, pointing to New Zealand Prime Minister Jacinda Ardern and German Chancellor Angela Merkel as positive examples.

Low, who is the youngest of the professors, said she avoids the well-meaning advice given to female students about their tone or word choice.

“I focus on telling them they have a right to take up space,” she said. “Let’s stop telling young women they have to be different, and let’s start telling society [that instead].”

Women who return to the workforce when the pandemic is over will face additional challenges, whether stepping back into their old roles or going after new ones. The professors said companies need to mitigate those challenges by paying attention to the training and development of female employees, accommodating their roles as primary caregivers at home and being mindful of burnout.

James recalled a term she heard recently in conversation: change fatigue. That’s an apt description for what people have been going through during the pandemic, she said.

The Unwritten Rules for Getting Promoted Often Leave Out Women

“You have to monitor the capacity that the workforce has for change, particularly under the pressure that we’re facing now,” she said.

The professors encouraged women to find mentors and build strong support networks. But they put the onus on companies to remember the value that women bring to the workplace — along with the sacrifices they have made during the pandemic — and to act accordingly. Firms must close the gap between intention and practice when it comes to diversity and inclusion.

“My message to companies is this is not going to be costless, … but it works from an equity perspective,” Low said. “You’re going to have to make actual trade-offs. Feeling like you are pro-diversity is not enough.”

This piece was originally published on Knowledge@Wharton.

Samuel A. Blank Professor Emeritus of Legal Studies & Business Ethics at The Wharton School of the University of Pennsylvania

Janice Bellace was appointed to the faculty of the Wharton School as an assistant professor of legal studies in 1979. Currently, she holds the Samuel Blank Chair in Legal Studies and is professor of legal studies and business ethics and professor of management. Since January 2016, she has been the director of the Tanoto Initiative by which the School, supported by a generous gift from the Tanoto Foundation, seeks through research and teaching to engage faculty and students in business and economic developments in Indonesia and ASEAN.

Corinne Low is an assistant professor of business economics and public policy at the Wharton School, specializing in labor and development economics. Her research brings together applied microeconomic theory with lab and field experiments to understand the determinants of who gets how much across gender and age lines. Current ongoing projects focus on a new technology to examine hiring discrimination, the tradeoff women make between career and family in the U.S. and the impact of teaching girls negotiation skills in Zambia.

Professor Nancy Rothbard is the David Pottruck Professor of Management and Chair, Management Department, at the University of Pennsylvania’s Wharton School. Prior to joining the faculty at Wharton, she was on faculty at the Kellogg Graduate School of Management, Northwestern University. Professor Rothbard’s research focuses on the interplay between emotions and engagement in multiple roles.