March 12, 2020 An Altamar podcast interview with

John Conger
Director of the Center for Climate and Security 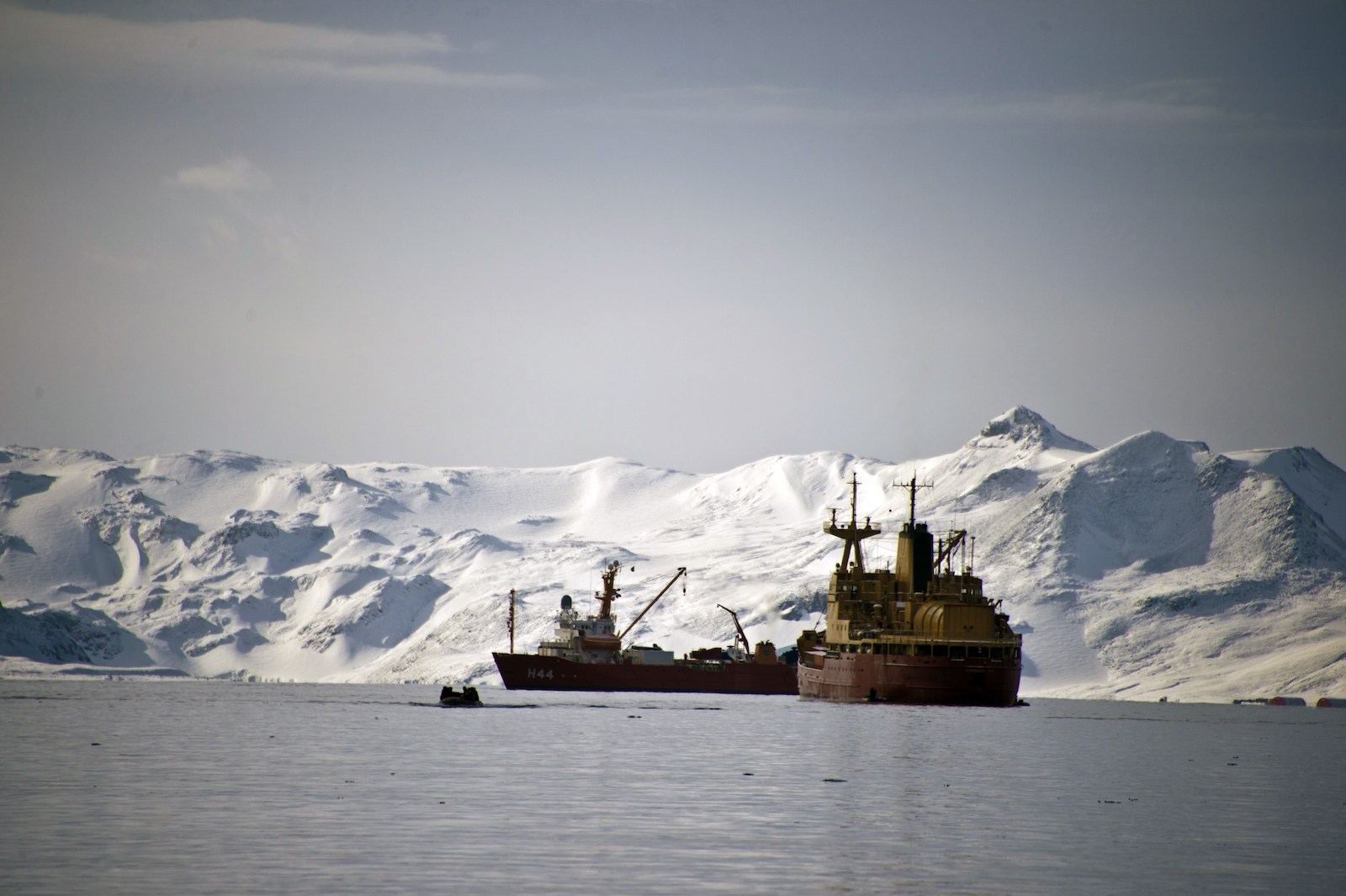 Chile's military base in the King George island in Antarctica. As the Arctic ice recedes, the Navy is going to have a new ocean to patrol, with new trade routes and new folks looking to do resource extraction.

John Conger, director of the Center for Climate and Security, joins the Altamar podcast team of Peter Schechter and Muni Jensen to explain how climate change weighs on global issues and security. Conger is an expert on the military implications of climate change and a senior U.S. adviser to the International Military Council on Climate and Security. Previously, he worked in the U.S. Department of Defense on energy, installations and environmental policy; he served for 12 years on legislative staff in Congress; and he was an aerospace engineer and defense analyst supporting the Office of the Secretary of Defense.

As Conger stated right off the bat, “It’s fair to say that climate change is all sorts of a policy question. It affects economics, it affects health, but it also affects national security.” The national security consequences of climate change can be separated into distinct buckets. On one hand, there is the ability of the military to carry out its missions today and in the future: “You start looking at more extreme weather, more disasters, and you have to anticipate an uptick in the requirements for humanitarian assistance and disaster response.” On the other hand, there’s the shift in geopolitical stability dynamics: “You’re looking at food insecurity, water scarcity, economic displacement … migration factors,” Conger explained.

Militarily speaking, climate change presents significant new challenges. Conger pointed to the Arctic region as an example: “As the Arctic ice recedes … the Navy is going to have a whole set of new responsibilities, with a new ocean to patrol, there’s new trade routes, new folks looking to do resource extraction. And so that creates a whole new freedom-of-the-seas, freedom-of-navigation set of issues that the Navy is going to have to deal with in the future.”

Zooming out geopolitically, climate change will also further complicate conflicts between nations: “Security is not just military, it’s all the other international relations dynamics that we deal with. This affects the world in which we operate.” Within our connected world, the domino effect of any disasters from climate change will only compound issues: “When a nation becomes unstable, that can affect entire regions. It’s not just going to be contained within that country. We saw how Europe was affected by a million Syrian refugees, and that changed the whole dynamic of politics in Europe. Those questions are ones that we wrestle with and that are brought, and they will only become greater over time,” said Conger.

Though certain regions of the world have commanded more attention, Conger stresses that no area will remain unaffected by climate change. For example, “I think you need to look at water scarcity in Latin America. It is underreported that drought in Central America leads to migration out of Central America.” Across the ocean, “Pakistan is already a water-stressed nation, and they have conflicts between rural and urban areas. But they get all their fresh water from India. What happens when India shuts the water off?” Meanwhile, “You look at the Pacific, where you have existential threats to island nations. … There is no shortage of locations that are impacted by climate change.”

Conger explains how different regions are affected by and respond to climate change.

Conger argued that emphasizing the national security challenges created by climate change can help build consensus among countries to combat the crisis: “I think this is a wake-up call to a lot of folks who would normally be skeptical about the impacts of climate change. When they hear senior military officers, retired or active, state that climate change is affecting their job and that they have to deal with this, that maybe it’s not something that they’re going to blow off. Maybe it’s something that is real that they have to acknowledge. And I think you’ve seen that tide change in [the U.S.] Congress.”

Conger explains how the response to climate change from the U.S. Congress has shifted over time.

To tackle the climate crisis, international governments will have to build public consensus to spend more on innovation. As Conger noted, investing in solutions “would dramatically change the world in which we live, maybe not in the next couple of years, but you spend that much money on R&D, and it’s going to change things in decades to come for the better.”

Director of the Center for Climate and Security

Xianbin Yao Professorial Lecturer of International Studies at De LaSalle University Manila
URL: https://www.brinknews.com/how-is-climate-change-affecting-global-national-security/
Get ahead in a rapidly changing world. Sign up for our daily newsletter. Subscribe
​​