How to Achieve the Asian Century 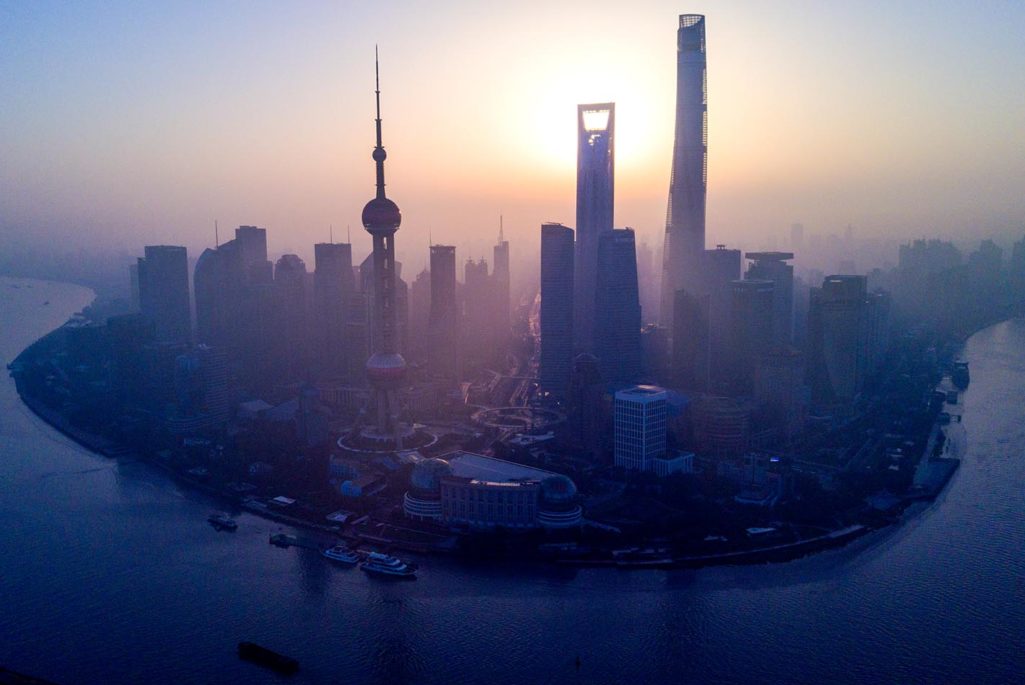 The sun rises behind the skyline of Shanghai in the Lujiazui Financial District of Pudong on November 11, 2016.

There are many reasons to be optimistic about the development prospects of Asia and the Pacific.

If economic growth follows recent trajectories, average per capita income could rise six-fold by 2050. Asia’s share of global gross domestic product (GDP) would thus rise rapidly, from around 32 percent in 2015 to more than 50 percent in 2050.

Will this mean that the “Asian Century” is inevitable?

Old challenges—such as extreme poverty—persist, and new challenges—such as climate change—have emerged. Most countries in Asia have attained middle-income status, but taking the next step to high income will be much more difficult.

Asian countries will likely face slower global growth in the years ahead, as a result of weak recovery in advanced countries in the wake of the global financial crisis. If demand for Asian exports remains sluggish, countries will have to adjust their growth models to rely more on domestic demand and intraregional trade to deliver the growth they need.

Tackling these and other challenges will require maintaining the good policies that spurred Asia’s spectacular development of past decades, such as  investing in infrastructure and human capital, openness and market-based resource allocation, sound macroeconomic management and a clear vision for the future. It will also mean bold new approaches to securing growth. The following priority areas require particular attention.

First, countries should scale up innovation and upgrade production as they remodel their economies. Country experience shows that a successful transition from low- to middle-income status hinges on the transfer of surplus rural labor to modern manufacturing and services, as well as an embrace of labor-intensive technology in sectors such as textiles or food processing.

To shift from middle to high income, countries must boost productivity through innovation and industrial upgrading so the economy can move up the value chain. Otherwise there is a risk of falling into the “middle-income trap.”

Second, it’s time for Asia to close its infrastructure gap. Infrastructure in developing Asia is still not up to par, despite decades of heavy investments. The recent Asian Development Bank report Meeting Asia’s Infrastructure Needs estimates that the region should invest more than $26 trillion from 2016 to 2030—or around $1.7 trillion per year—to support robust economic growth and respond to climate change.

Asia has the potential to realize the Asian Century. Adopting bold and visionary policies can make this a reality.

Finding the financing for this huge investment requires additional public resources through fiscal reforms. It also necessitates much greater private sector finance, which countries can obtain by improving their investment climates, further deepening their capital markets, and encouraging public-private partnerships.

Third, Asia must invest more in human capital. Although average years of schooling have nearly doubled across the region from 1970 to 2010, ADB research shows that many countries have been unable to translate that education investment into basic, high-quality skills demanded in the workforce.

A good education is the foundation for success both at an individual level and for an economy. Lifting the quality of schooling entails not just more public spending, but also better management and governance of education systems. This is especially urgent in low-income and lower-middle-income countries, where basic cognitive skills among students aged 14-15 are less than half the levels in high-income Asian countries.

Fourth, countries must respond to rising inequality. Technological progress, globalization and market deregulation have spurred economic growth, but they have also resulted in higher income inequality in some parts of the region. Persistently high inequality slows poverty reduction and can even undermine economic growth.

To address inequality, Asian countries should focus sharply on creating high-quality jobs for more people. They also need to do more to protect disadvantaged groups such as women and youth, prioritize investments in lagging regions and improve linkages between these regions with more prosperous areas to reduce urban-rural income gaps and regional disparities.

Fifth, Asia cannot afford to wait any longer to shift to a low-carbon growth model. The region’s performance on climate mitigation is critical to deliver the commitments of the 2015 Paris Agreement on climate change.

Asia’s share of global greenhouse gas emissions increased from 25 percent in the 1990s to 40 percent in 2012. ADB data show that limiting global temperature rise to 2 degrees Celsius would require total primary energy consumption in Asia to fall by 40 percent, compared with a business-as-usual scenario by 2050. It would also demand cutting coal’s share of the energy mix to just 10 percent.

Finally, the region must deal with an aging population. In East Asia, where the share of the population over 60 topped 15 percent in 2015, and in other parts of the region as well, people are becoming gray before becoming rich.

Asia’s demographic dividend is shrinking, and in some countries it is ending, and policies should reflect this. This shift is already posing challenges for some of the region’s governments that are grappling with concerns over the size and quality of their workforce and the fiscal burden of providing pensions and healthcare to the elderly.

With half of the world’s population, Asia has the potential to realize the Asian Century. Adopting bold and visionary policies can help make this a reality.

Juzhong Zhuang is the deputy chief economist working in the Economics and Research Department of the Asian Development Bank. From 1992 to 1997, he was a research officer of the Development Economics Research Program at the London School of Economics.

Til Schuermann Partner and Co-Head of Oliver Wyman’s Risk & Public Policy Practice
URL: https://www.brinknews.com/how-to-achieve-the-asian-century/
Get ahead in a rapidly changing world. Sign up for our daily newsletter. Subscribe
​​