How to Drive Private Investment in Asian Infrastructure

June 11, 2017 An interview with
Rana Hasan
Director of the Development Economics and Indicators Division at the Economic Research and Regional Coordination Department of the Asian Development Bank 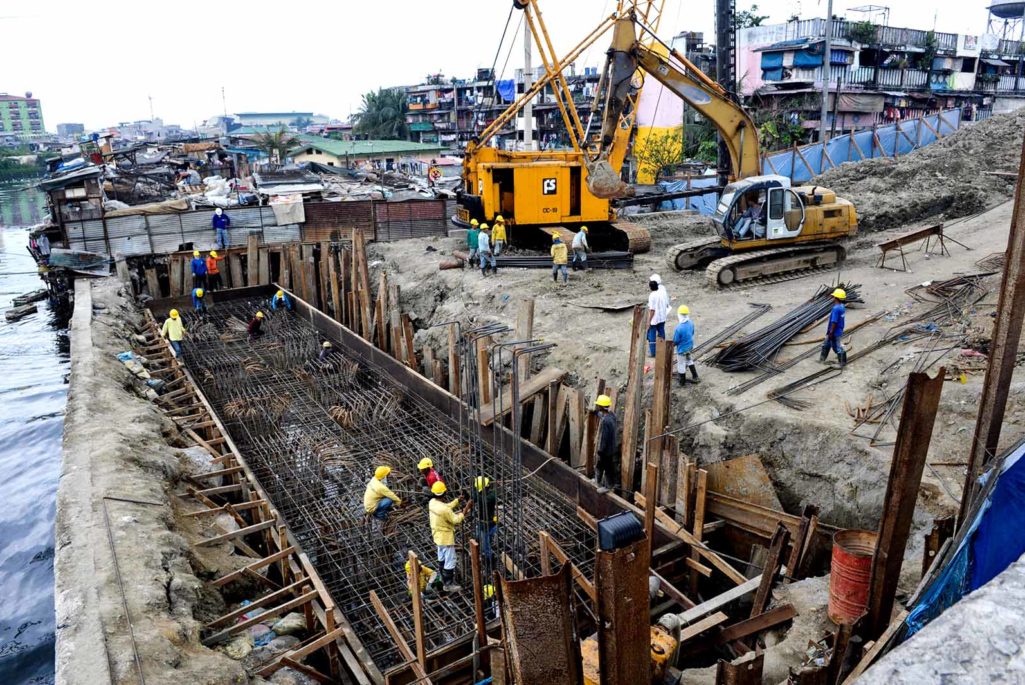 Laborers work on a bridge under construction in Navotas, suburban Manila.

Future infrastructure investment and development is one of the key areas of concern for developing Asian economies as they look to sustain economic growth and raise the living standards of their citizens.

While the region has seen some impressive improvements in infrastructure, much of it has happened in pockets and there is much disparity regionally. To avoid infrastructure inadequacy becoming a bottleneck for economic growth and prosperity, developing Asia needs to invest $1.7 trillion in infrastructure between now and 2030, according to Asian Development Bank’s Meeting Asia’s Infrastructure Needs report.

BRINK Asia spoke with Rana Hasan, Asian Development Bank about the region’s infrastructure funding shortfall, the steps Asian governments need to take to promote private investment, and opportunities for the private sector in the backdrop of the region’s macroeconomic dynamics and culture of savings.

BRINK Asia: The public sector dominates infrastructure expenditure currently, but the latest ADB report states that 60 percent of future demand in the region needs to be met by the private sector. Who has to take the lead in what is clearly an intertwined relationship?

Rana Hasan: If you look at the total capital available in the region and globally, it is quite a bit. For example, the region itself currently saves more than $6 trillion a year. Infrastructure is an interesting asset class for private capital. There are certain risk attributes to infrastructure, but the demand is there for this class of asset. However, we need to have an enabling environment for the capital to be used for financing infrastructure development.

It is on the public policy side where steps need to be taken and the environment improved. PPPs [public-private partnerships], for example, remain a promising area. And the second one is debt markets. We know that the banks are a major source of debt in the region, but at the same time, we also know that the amount of bank lending that can go to infrastructure is going to be a bit constrained. For example, Basel III regulations will increase the capital buffers banks must hold and require banks to better manage asset-liability mismatch risk.

So, it is time to ensure that the equity and bond markets play a bigger role, and a number of steps need to be taken in this regard.

BRINK Asia: What are some of the steps that need to be taken?

Hasan: A key step is to create an environment conducive for private investors to invest. This will include measures to maintain macroeconomic and political stability; to improve legal and regulatory frameworks, increase transparency and the cost of doing business; and to strengthen investor protection. Second, efforts to deepen capital markets, especially bond markets, are important. A deep capital market has a number of building blocks such as the appropriate set of market infrastructure (laws, regulations, etc.) and market infrastructure such as clearing settlement systems, credit rating agencies, etc. Third, the regulatory and institutional framework for PPPs, such as PPP laws, streamlined procurement and bidding processes, and dispute resolution mechanisms are important.

BRINK Asia: What types of players from the private sector have the greatest opportunity here?

Hasan: Many types of players have an opportunity. This includes the big investors—pensions, institutional investors and insurance companies—as well as companies that are getting into infrastructure as contractors and developers. So, it is both on the financing side as well as the corporate side, which includes project developers and the like.

BRINK Asia: How is the financing of infrastructure different between developed Asia and emerging Asia?

Hasan: It may actually not be that different. If we take the Republic of Korea and the People’s Republic of China, for example, there are actually quite a lot of similarities there. In both cases, the public sector has been quite important in the development of infrastructure, certainly at similar phases of development.

Getting private infrastructure into the economy requires building a regulatory framework and various institutions.

BRINK Asia: What are your views on the progress being made by developing economies in the region?

Hasan: It is an issue of time. The key is that to get private infrastructure into the economy on a sustained basis requires building a regulatory framework and various types of institutions. So, there is a lot of learning involved and a lot of capacity development required, and that takes time.

For example, there is the need for a regulator for infrastructure sectors that can set tariffs that are deemed to be fair and at the same time allow private providers to be profitable. Setting in place dispute resolution mechanisms—that, too, takes time. This is a process that takes time.

One of the other things required is capacity development—this includes the capacity to formulate infrastructure plans and then to build on these plans. There is coordination required between various industries and ministries across the sector. This takes time.

That said, each of the countries in the region is moving in the right direction.

BRINK Asia: Are there some doing it better?

Hasan: India has done well in this regard—it has among the highest shares of private investments in infrastructure. There are some sectors that have seen some stress, but the key stakeholders are working on it and formulating solutions. In Southeast Asia, the Philippines is also doing well, and Indonesia has put in place an ambitious agenda to significantly attract more private investment in infrastructure.

BRINK Asia: Regulatory and institutional reforms are needed to make infrastructure more attractive to private investors and to generate a pipeline of bankable projects. How can this be done?

Hasan: It goes back to some of the things we have been talking about. At the outset, it really is an issue of what the medium-term economic strategy of each country is. That dictates what types of projects an economy needs. Suppose Country A wants to develop its western part and wants to set up an economic corridor there. That vision needs to be translated into project ideas and there is a need to conduct project feasibility studies on these projects.

These feasibility studies contribute in making projects more bankable. In addition, many of the things we’ve talked about earlier also come into the picture—such as dispute resolution mechanisms, coordination between various ministries, mechanism on tariffs, the financing of projects, the contracting of projects and the like.

BRINK Asia: Switching gears a little bit—how can more of the substantial savings of the region be channeled toward the development of infrastructure?

The informal sector across Asia is large, and that is going to be a big part of the story—formalizing those savings. Anything that makes it easier for households to take their savings and put them into these kinds of institutions will be greatly beneficial for the region’s economies.

Then there is the question of developing the capital markets further, which will get more institutional investors into the infrastructure space.

BRINK Asia: What aspect of infrastructure development does South and Southeast Asia need to prioritize?

Hasan: In terms of the magnitude of finance needed, the critical requirements of developing Asia remain power, followed by transport. These sectors form the economic backbone for societies. In South Asia, we have seen great improvements in the telecom sector, as in other parts of Asia. So, telecom infrastructure is in good shape, although if you are talking about rural telephony and broadband, then a lot more needs to be done.

Secondly, with increased urbanization, we have to make sure that our cities have adequate water and sanitation infrastructure, and we need to ensure that public transport brings mobility and accessibility. We need to battle congestion, and that can be done by having good public transport systems. For all of this, the importance of urban planning cannot be neglected.

We have also made a call to statistical agencies and multilateral agencies like ourselves that we need to work together to get good data. For instance, how much is a country investing in infrastructure per year—we can’t get those numbers easily, and that is a challenge, too, as we look to outline the region’s needs.

Mark Campanale Founder and Executive Chair of The Carbon Tracker Initiative
URL: https://www.brinknews.com/how-to-drive-private-investment-in-asian-infrastructure/
Get ahead in a rapidly changing world. Sign up for our daily newsletter. Subscribe
​​