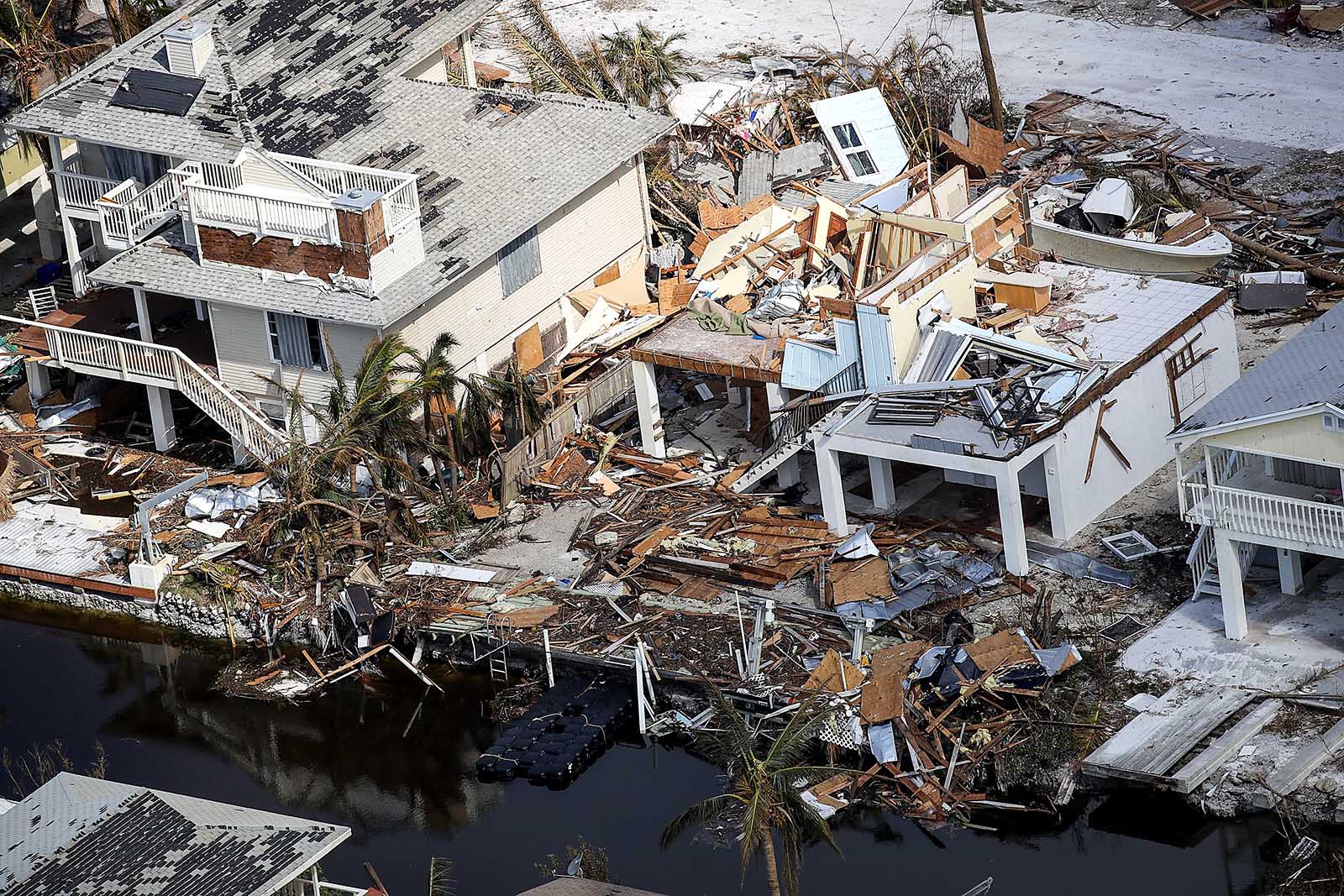 Destroyed homes in Florida in the aftermath of Hurricane Irma, September, 2017. Increases in global insurance prices were largely driven by losses from recent weather catastrophes.

Globally, commercial insurance prices in the fourth quarter of 2017 increased on average for the first time in four and a half years, according to the Marsh Global Insurance Market Index.

Average pricing increased by 0.8 percent in the quarter, compared to a decrease of 1.9 percent in the third quarter of 2017. The index is a proprietary benchmark of commercial insurance premium rate change at renewal, representing the world’s major insurance markets and comprising over 90 percent of Marsh’s premium. The fourth quarter increase was driven largely by global property insurance pricing, which was affected by large catastrophe losses in the third quarter. Munich Re estimates that insured losses in 2017—led by damage in the U.S. and Caribbean from hurricanes Harvey, Irma, and Maria and other disasters—will be about $135 billion, with total losses, including those that are uninsured, likely to come in at around $330 billion.

Despite the property increases, the U.S. composite insurance pricing continued to decline in the fourth quarter of 2017, although at a slower pace. Organizations that suffered catastrophe losses or that had properties located in catastrophe-exposed regions typically saw the highest property insurance increases. However, casualty, financial and professional lines in the U.S. continued to see declines on average.

Market capacity remains abundant with a mix of traditional and alternative capital available. Insurance pricing in all regions showed either a lessening of the pace of decrease or a moderate increase in the fourth quarter.

Global insurance pricing for property and financial and professional lines increased, on average, in the fourth quarter of 2017. More detail is available in the Marsh report.

Carolina Klint Risk Management Leader, Continental Europe at Marsh
URL: https://www.brinknews.com/insurance-prices-rise-for-first-time-in-18-quarters/
Get ahead in a rapidly changing world. Sign up for our daily newsletter. Subscribe
​​