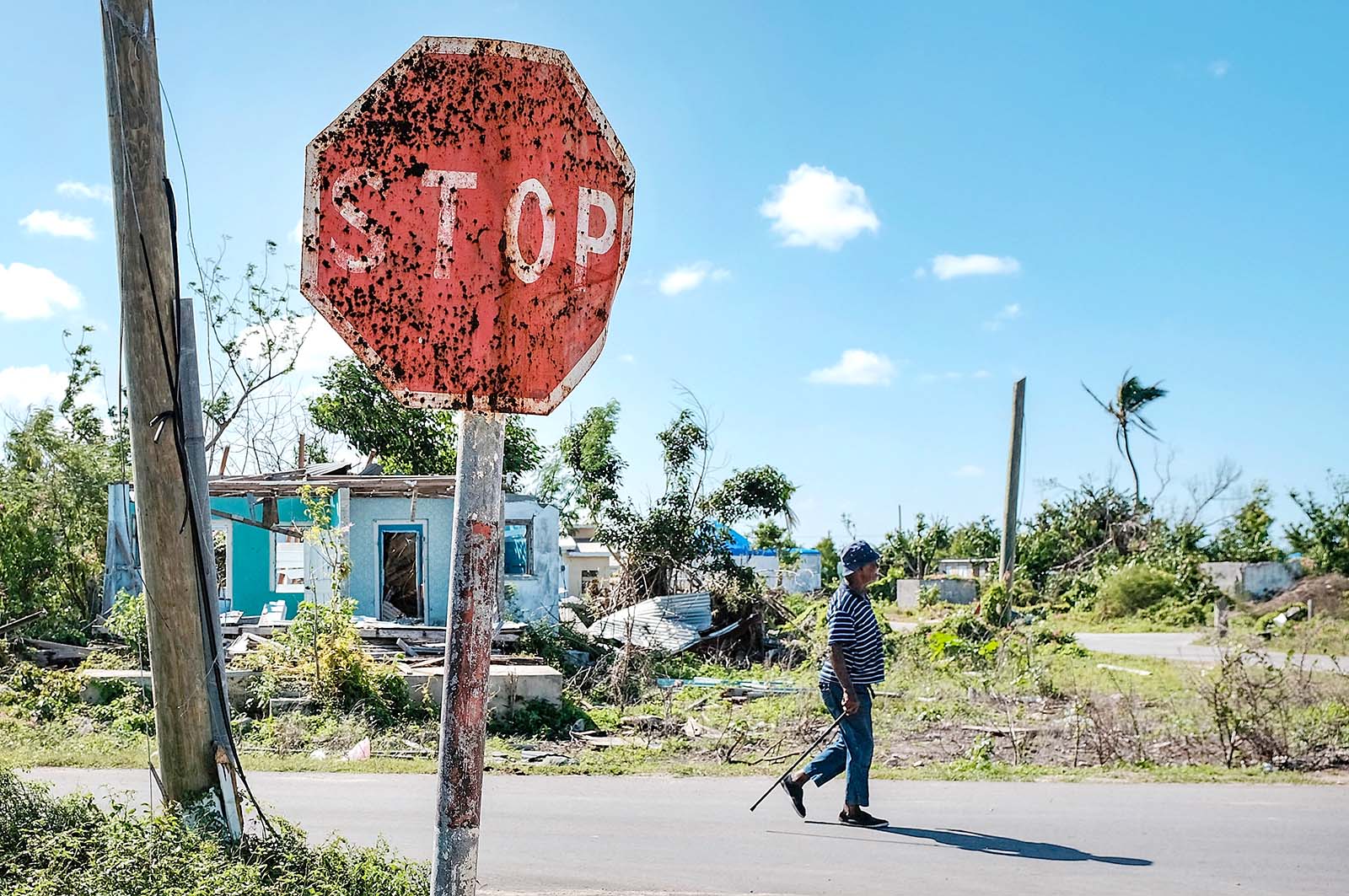 A man walks on the street on the island of Barbuda, which was nearly destroyed after Hurricane Irma made landfall. Global property insurance prices continued to be affected by catastrophe losses suffered in the third quarter of 2017.

Global commercial insurance prices rose, on average, in the first quarter of 2018, marking a second consecutive quarter of increases, according to the most recent Marsh Global Insurance Market Index.

The increase in the index—which follows 4 ½ years of consecutive quarterly decreases—was driven largely by pricing for property and financial and professional insurance lines. The index is a proprietary benchmark of commercial insurance premium pricing change at renewal, representing the world’s major insurance markets and comprising over 90 percent of Marsh’s premium.

Global property insurance prices continued to be affected by catastrophe losses in the third quarter of 2017. Still, property insurance market capacity remains abundant with a mix of available traditional and alternative capital.

Despite staying flat in the U.S. and declining in some regions, pricing for financial and professional lines globally increased 1.8 percent in the first quarter. The global increase was driven by pricing in the UK and Australia, two geographies that reported increases of 3 percent and 15 percent, respectively. Pricing in the UK and Australia is being spurred by a deteriorating claims environment.

In a trend stretching back to 2013, average casualty prices in the first quarter again saw year-over-year declines globally.

Pace of Overall Pricing Declines Slows in Most Regions

The global composite insurance pricing increase was supported by regional composite increases observed in the UK, Latin America, and Australia. The U.S. and Continental Europe, regions that demonstrated composite decreases, showed a lessening of the pace of decrease. Only Asia experienced a higher rate of pricing decreases compared to last quarter.

Among the index’s geographic highlights for the first quarter:

Bilal Mughal CEO of Blue Marble Microinsurance
URL: https://www.brinknews.com/insurance-prices-rise-in-first-quarter-driven-by-2017-losses/
Get ahead in a rapidly changing world. Sign up for our daily newsletter. Subscribe
​​