Is India Overplaying its Demographic Dividend? 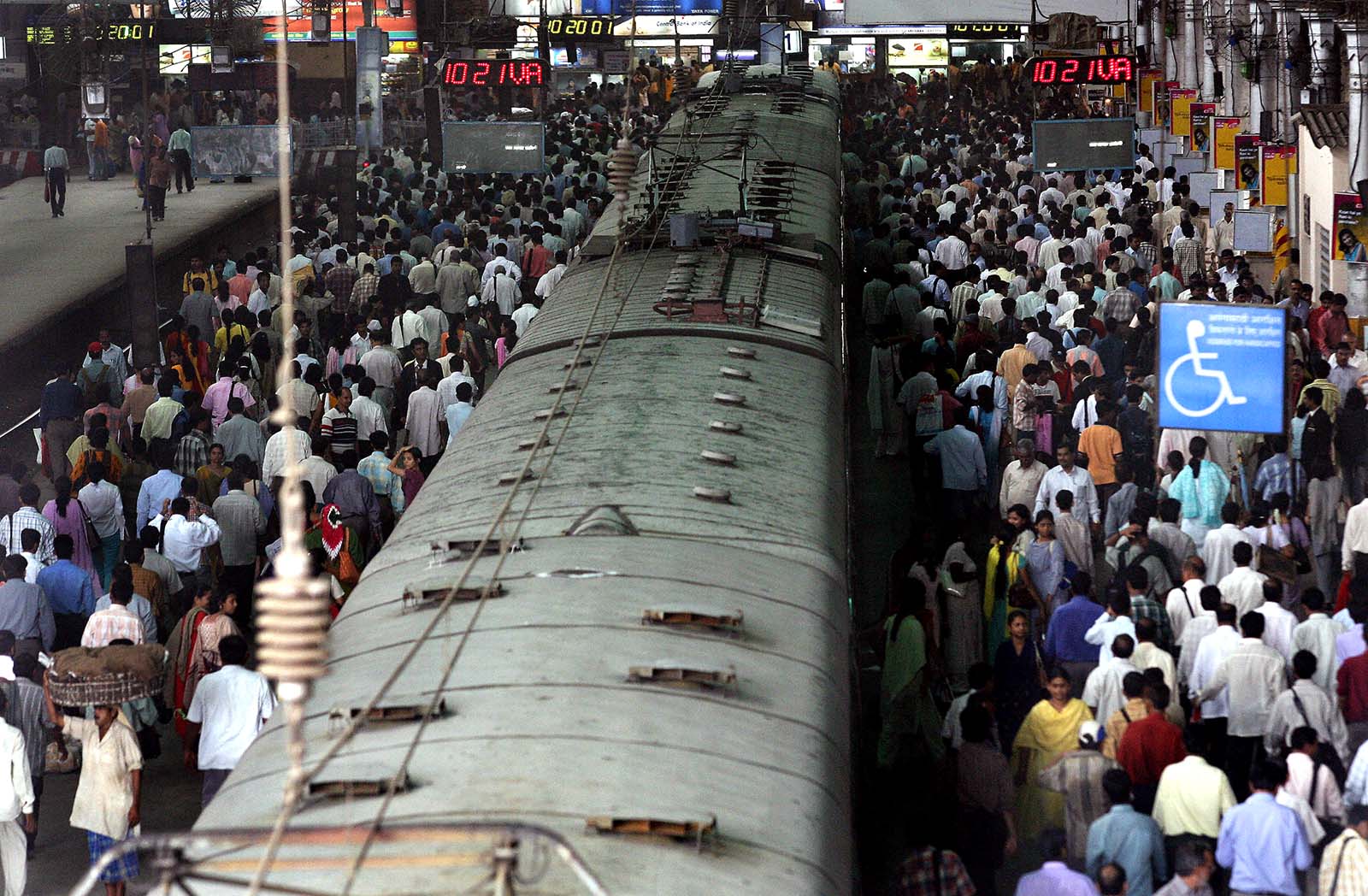 Victoria Terminus station in Mumbai. India adds 12 million people to its workforce every year, but last year only created around 2m jobs.

Much is made of India’s demographic dividend, but this dividend cannot be taken for granted. Given the high rates of youth unemployment, underemployment, disguised unemployment, low productivity due to skill deficits and the low-wage trap of the informal sector, there are question marks over this “dividend.”

And while India does have a large and growing number of graduates, their quality, skill and employability remain a serious concern. Moreover, the high rates of unemployment or joblessness coupled with rising income inequality will eventually impose limits on consumption, which has been the top driver of economic growth in India.

A recent study by the Centre for Monitoring Indian Economy and Bombay Stock Exchange (CMIE-BSE) estimates that India added 2 million jobs between August 2016 and August 2017, whereas it’s adding 12 million people a year to its workforce.  More people are being being added to India’s pool of unskilled or low skilled and largely unemployable workforce because birth-rates tend to be higher among poor families. Mainly concentrated in the states of Bihar, Uttar Pradesh, Madhya Pradesh, Rajasthan and Jharkhand, these families can’t afford nutritious food and quality education, or provide healthcare to their children.

Unsurprisingly, more than 90 percent of the country’s workforce is unskilled or low skilled, and most are employed by the informal sector wherein productivity and wages are low. Yet, employment opportunities are primarily increasing in the informal sector, which was first jolted by demonetization and then by a poorly conceived and implemented the Goods & Services Tax. A CMIE-BSE survey estimates that demonetization could have resulted in job losses of anything between 3 to 12 million—mostly in the informal sector. The implementation of the GST and the government’s sharp focus on extracting more taxes can further dent job market prospects.

Many argue that demonetization and GST are good for India’s economy in terms of facilitating formalization, which is needed to boost productivity and wages. However, forced formalization without addressing the factors that lead to increased informal sector activity, such as the lack of access to cheaper institutional capital, technological know-how and marketing support along with an untamed skill deficit, may all aggravate the employment situation further.

Jobless growth is the biggest future risk to India’s political and social stability, especially since financing a basic income program would be fiscally too difficult for India.

The workforce participation of women in the country is already one of the lowest in the world, and instead of improving, it is deteriorating further. It fell to 22.5 percent in 2016 from 37 percent in 2005. That shaves off an estimated 2.5 percent from India’s GDP every year. Many of India’s nonworking women, especially in the cities, are highly qualified but either never work or leave their jobs post-maternity as quality child care support is lacking even in large cities such as Mumbai or Delhi.

The low labor force participation rate of women will adversely affect key sectors such as banking, IT, medicine/nursing, hospitality and retail as these sectors usually have a high proportion of women in their workforce. From the demand side, the low participation rate of women will affect the growth potential of the cosmetics, educational and health services as well as travel and hospitality in the form of lower demand for these products and services.

The poor quality of education in both liberal arts and STEM, with no emphasis on the employability of the graduating students, is a major factor contributing to the problem of unemployment. It is also the reason even the biggest companies are facing difficulties in hiring suitably skilled employees.

Cheaper capital or low interest rates combined with India’s unfriendly labor laws have induced top companies in the organized space to switch to capital-intensive or labor-saving production methods. This imposes limits on the growth of jobs in India.

Many large companies, faced with intense competition both in domestic and export markets, are trying to cut corners to survive, and one of the suggested ways is to reduce the number of workers. Thus, more jobs have to come from smaller companies/SMEs, startups and first-time entrepreneurs. However, doing business for companies that can’t afford having corporate affairs departments to navigate India’s opaque bureaucracy and government machinery is a big challenge. It will have adverse implications for job creation. The recent investment slump is another short-term factor contributing to jobless growth.

Exogenous factors such as growing protectionism in the developed world and rapid technological changes present new threats and will make it difficult for India to benefit from its favorable demography. Disruptive technological breakthroughs such as automation and 3-D printing, although a global phenomenon, will further dilute the importance of labor cost advantage in production and will make it even more difficult for India to provide jobs for its workforce going forward.

Then there are sector-specific issues often compounded by poor domestic regulations (pharmaceuticals and textiles, for instance) and short-term focus (information technology), which have forced top firms to cut jobs. Real estate, another top job creator, is suffering from a particularly bad slowdown, and the implementation of a diluted version of New Delhi’s Real Estate (Regulation and Development) Act, or RERA, by state governments is unlikely to restore home buyers’ interest in the industry.

The Indian government’s attempt to hike minimum wages often delinked with labor productivity is hurting the prospects of labor intensive sectors such as apparel, footwear and leather goods.

Jobless growth is the biggest future risk to India’s political and social stability, especially since financing a basic income program,such as the one being tried in Finland, would be fiscally too difficult for India.

And going forward, the failure to address the skill deficit by providing adequate and relevant education, skills and training can greatly impact India’s economic future, especially as it poses a big challenge for existing and potential investors looking to expand their presence in India.

To improve the employability of graduating students, educational institutions need to coordinate with corporates in designing course curriculum. Massive Open Online Courses and other short-term online courses and certifications could be equally helpful in skill upgrade of existing and potential employees and should be promoted by the government.

As the population growth rate differs from state to state, encouragement to interstate migration—such as from poorer states to richer states—can solve the twin problem of the shortage of workers in southern parts of the country and relatively excess supply of workers in northern states such as Bihar and Uttar Pradesh.