Japan Is a Poor Performer on Gender Equality. Can the ‘Womenomics’ Initiative Help? 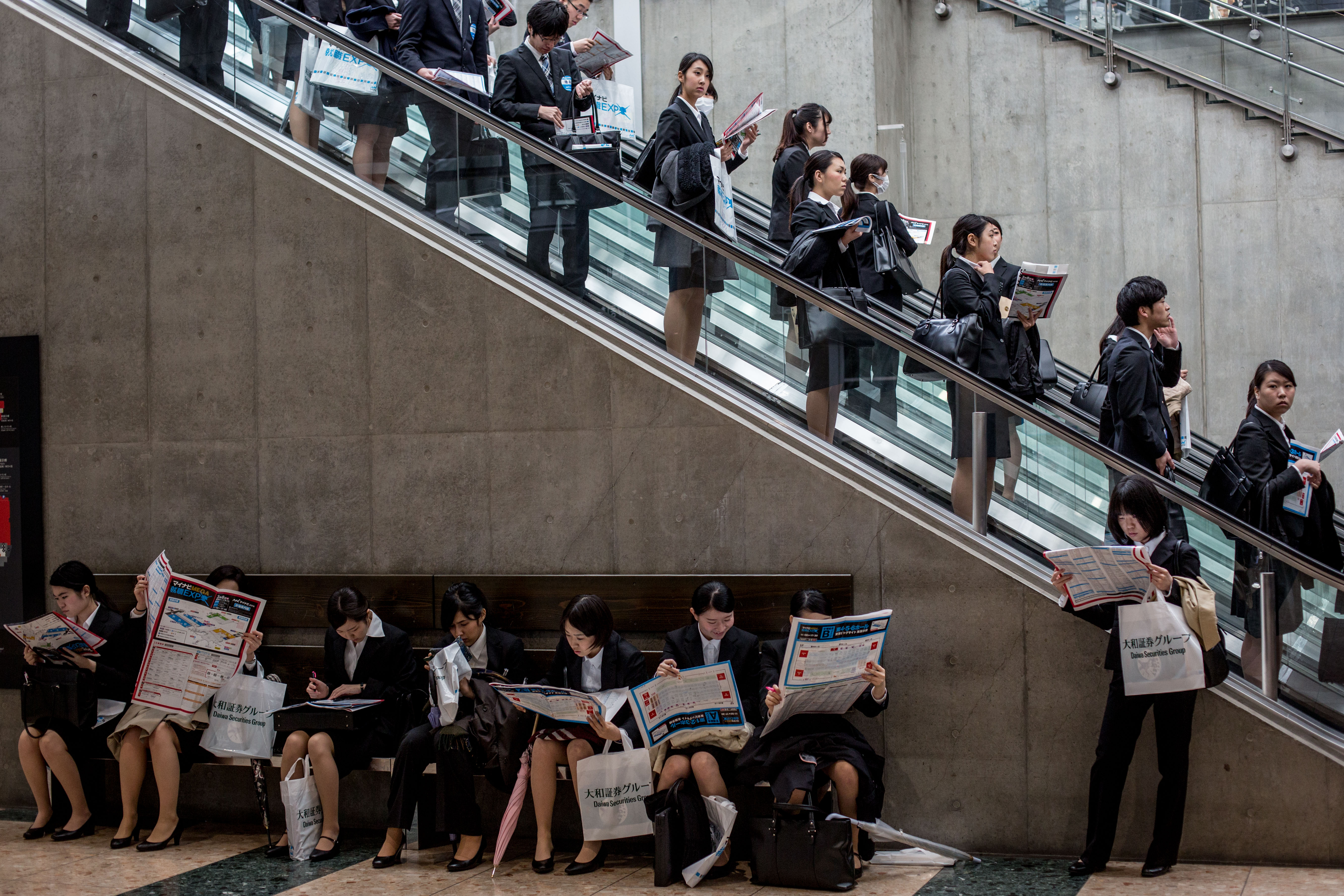 Employees are commuting to work in Tokyo, Japan. "Womenomics," an initiative in Japan, aims to remove the barriers to women's participation in the economy.

Japanese women are among the best educated in the world and are increasingly keen to participate in the Japanese economy and politics. For example, following last month’s elections to Japan’s Upper House, the ratio of women members is at an all-time high — nearly 23%.

And yet, Japan has long been a chronic poor performer when it comes to gender equality.

It ranks only 110th out of 149 countries in the World Economic Forum’s Global Gender Gap Report. This is way out of synch with Japan’s status as an advanced country with GDP per capita in the world’s top 30 countries.

What Is the Answer to Japan’s Labor Shortage?

The issue of Japan’s gender inequality has come into sharp focus in recent times as Japan’s working-age population has been declining since 1998. Also, the Japanese economy is now facing labor shortages, with the labor force projected to decline by one-fourth by 2050.

This inspired Kathy Matsui, vice chair of Goldman Sachs Japan, to popularize the concept of “womenomics,” which aims to remove the barriers to women’s participation in the economy, as part of a strategy to boost Japan’s economy.

In 2013, when Prime Minister Shinzo Abe launched his “Abenomics” program to revitalize the Japanese economy, womenomics was a key plank. “I have held high the flag of women’s participation and advancement in society and positioned it in the very center of my growth strategy,” said Mr. Abe.

Government initiatives include: targets for participation and advancement of women in the workforce; increasing day care and after-school care; recruiting and promoting women in government; and reviewing the tax and social security system.

There are also some private initiatives promoting women’s participation in the economy, notably as entrepreneurs. Women in Technology Japan has “the vision to bring more women into the technology field [and] grow next generation technology leaders.” Startup Lady Japan is promoting entrepreneurship “as a solution to break outside of the constraints of traditional corporate culture and give women the choice, lifestyle and financial independence they need.”

Since the launch of the Abenomics program, the Japanese economy has enjoyed faster growth. Together with an improvement in child care facilities and the continued decline in the working age population, the strong economy has helped push up the proportion of women with a job from 60.7% in 2012 to 69.6% in 2018.

Indeed, the employment rate of Japanese women is now higher than that of the U.S. and also the OECD average.

Very Much a Work in Progress

However, scratching below the surface reveals that Japan’s womenomics initiative is still very much a work in progress.

According to OECD analysis, half of the new workers are in “non-regular jobs,” primarily part-time positions. And women account for some two-thirds of non-regular Japanese workers, who are paid substantially less than regular ones.

Japan has the third-highest gender wage gap (the difference between male and female median wages) among the advanced OECD countries — only ahead of Estonia and Korea. Further, only 13% of Japanese women hold management positions, the second-lowest of the OECD, after Korea. In 2017, women occupied only 5% of the seats on the boards of listed companies. And they are also underrepresented in the political arena, accounting for only 10% of the members of the lower house of the Diet (parliament).

It is crucial that all segments of Japanese society and politics work harder to ensure the success of womenomics.

Embarrassingly, last month’s election revealed a significant gap in the percentage of female candidates fielded between Mr. Abe’s ruling coalition and the opposition — less than 15% of the candidates for Mr. Abe’s Liberal Democratic Party were women, compared to 50% of the opposition’s.

In these circumstances, Japan must accelerate implementation of its womenomics program. Otherwise, the country could literally wither away under the weight of its shrinking workforce and population.

Japanese Work Culture Is Not Family-Friendly

Japan’s work culture is characterized by long working hours, compulsory overtime, evening socializing with colleagues, and transfers to offices farther from home. In these circumstances, it is very difficult for women and men to combine work and family life.

This poor work-life balance also means that men have little time to contribute to family life, which would support women who wish to both work and have a family.

In Japan, women devote nearly four hours a day to housework and child care compared to less than one hour for men. The government is in the midst of implementing “work-style” reforms to limit overtime and mandate equal pay for equal work, but it is not yet clear how much things will really change. Old habits die hard.

Curiously, Japan has the most generous parental leave among the OECD countries. But the commitment of Japanese men to their jobs means that they account for only 7% of parental leave users compared to up to 40% or more in some Nordic countries and Portugal.

The lack of affordable child care facilities has been a chronic problem in Japan and has made it difficult for Japanese women to combine family and working life. The Abe administration has made great progress in providing more child care facilities. But as more women have entered the workforce, waiting lists remain very long.

Gender Discrimination Is Systemic and Cultural

The disparity in wages and gender representation in the workforce is due to institutions as well as societal behaviors. Other examples of systemic discrimination include the Japanese government taxation policies that provide a disincentive for secondary-income earners and news of the three medical universities that had rigged their entrance exams to increase the number of young male doctors, thus limiting the increase in the number of female doctors.

Cultural discrimination can come in the form of maternity harassment, or “Matahara” in local parlance, which is common in Japan. Pregnant and post-pregnant women can suffer both mental and physical abuse from colleagues and managers. The Japanese Trade Union Confederation released a survey in 2015 stating that 20.9% of women in Japan have experienced such harassment.

The Stakes Are Very High

It is crucial that all segments of Japanese society and politics work harder to ensure its success.

As Ms. Matsui has argued, Japan’s GDP could be lifted by some 15% if women’s labor force participation rate converged to that of men and if women’s average monthly hours worked were to rise to the OECD average.

This is of crucial importance to an economy whose poor demography could cause the country’s GDP to drop by more than 25% over the next 40 years, according to the IMF.

Shaheena Janjuha-Jivraj Associate Professor in Entrepreneurial Leadership and Diversity at HEC Paris Naeema Pasha Director of Future of Work, Equity and Careers at Henley Business School
URL: https://www.brinknews.com/japan-is-a-poor-performer-on-gender-equality-can-the-womenomics-initiative-help/
Get ahead in a rapidly changing world. Sign up for our daily newsletter. Subscribe
​​