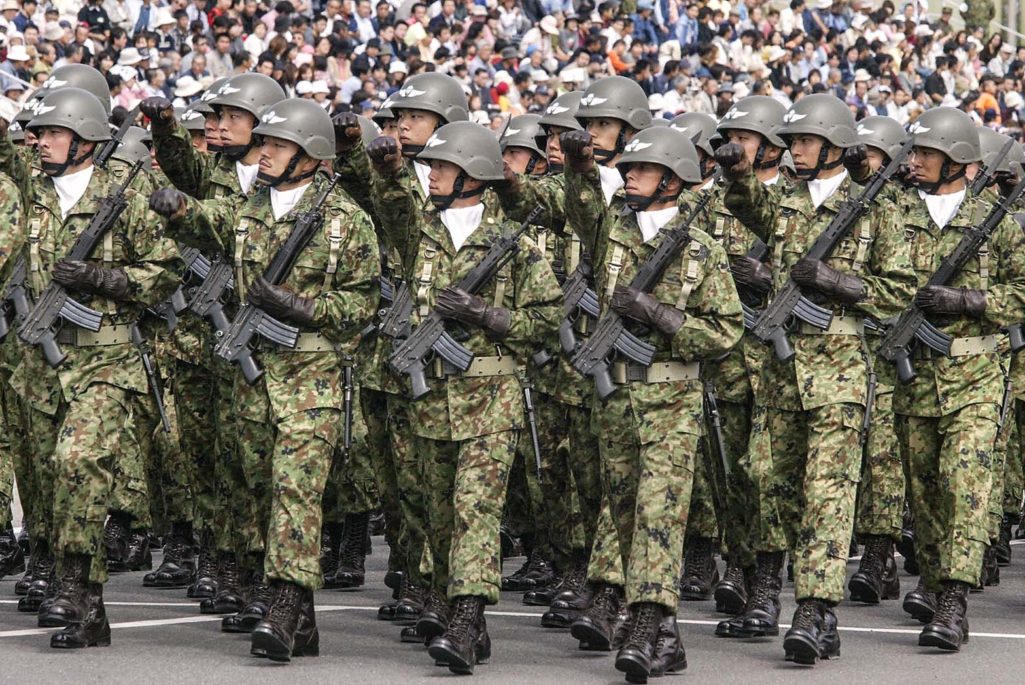 An argument over Japanese remilitarization seems out of place in an age of perpetual war and crisis—hardly a time to complain about a country wanting a greater level of capability. And yet, this particular country—one that renounced militarization beautifully, strongly and thoroughly in a constitution written in 1947 following its catastrophic defeat in World War II—is unique.

To ask penetrating questions about Japan’s remilitarization isn’t to raise the specter of empires past, nor is it to hint at fear of a new enemy. Rather, it’s to raise questions about how we as nations make choices about war and peace, and which we give priority to in a time when understanding our priorities couldn’t be more important.

There are really only two arguments being made for this remilitarization by Prime Minister Shinzō Abe’s administration, and neither of them stands up to scrutiny.

The first argument centers on the rise of China. While China’s actions and rhetoric in the East China Sea—for example, the Senkaku/Diaoyu island dispute—are certainly cause for concern, we have so far seen no evidence that China intends to attack Japan or make a direct move towards occupation of territory. If it did, the reaction from other nations, trading partners and allies throughout the region—not to mention the U.S., which can be expected to stand thoroughly behind Japan in such an instance—would far outweigh any benefit that China could hope to have gained. Meanwhile, the rising risks of inadvertent conflict from miscalculation on increasingly crowded seas rapidly begin to outweigh those of the geopolitical dispute itself, and so, we are forced to question the logic behind this as a rationale.

The second argument is far more nebulous and open-ended: joining in the “global war on terror.” Remilitarization based on this rationale is actually in clear violation of both the spirit and the letter of Article 9 of Japan’s constitution, and it’s an extremely divisive and unpopular move at a time that has great need of national unity.

Abe and proponents of the remilitarization legislation argue that the new laws have sufficient safeguards to limit Japanese military engagements, such as only allowing military action to defend allies,when all peaceful options have been attempted and when not undertaking military action would threaten “the lives and survival of the Japanese nation.”

All of this is nearly meaningless in time of pervasive war. It also forgets a basic truism of violence, that when we demonstrate we have a weapon, we either use it or watch its deterrent value crumble. The term “all peaceful options” is dangerously vague, and as peaceful options are usually by definition long-term options, it begs the question of whether those options will be pursued for long enough to make a serious commitment to their success.

There are really two arguments being made for Japan’s remilitarization and neither of them stands up to scrutiny.

The Illusion of Military Strength

The desire for military strength is driven, at its core, by the illusion that force offers a straightforward answer to the complexity of international affairs. However, the all-too-common result is only to warp strategic thinking away from a fundamental need to afford that complexity the respect it deserves, instead pursuing the mirage of easy answers. Will Japan take part in the projection of force into the war against Da’esh? It’s entering a crowded field, and behind a curve on which far more powerful parties than itself have already felt the costs and unintended consequences of joining in. Terrorism thrives on just such divisions between a government’s rhetoric and action, between the hopes of a people and the actions of an administration.

Japan’s 1947 constitution is a profound and beautiful statement that there is no victor in war, that the costs are simply too much to bear. Yes, history can claim some successes on behalf of military action, but it would be much more accurate to say that the history of the use of force is the history of unintended consequences and disproportionate costs.

In war, truly decisive outcomes are so rare that we have little to study that offers guidance. Costs usually outstrip expectations, and the projection of force is subject to a sharp curve in the law of diminishing returns. That’s true enough when there’s real clarity of mission, but in the kind of fight Japan seems to be inviting itself to, clarity of mission and decisive outcomes are little but unsubstantiated rumors. Furthermore, Japan’s shrinking, aging population doesn’t have the demographic capability to support the effort, especially given the cost of its current Self Defense Forces. Adding the hardware and personnel to allow projection of force is likely only to reduce its capability for home defense.

No one fears this remilitarization as a path towards reborn Japanese imperialism. The concern is far more subtle—that we are seeing the creeping spread of a worldwide de-prioritization of diplomacy and a rejection of its complexity in relation to the distorting gravity of military force and the simple answers it seems to offer.

Japan is aware—perhaps more painfully so than any other nation—of what force can and cannot do. That awareness is reflected in its constitution and also in the opinions of its people. Prime Minister Abe should keep this in mind as he pushes forward with this plan.

David Alpher, PhD, is an adjunct professor at George Mason University’s School for Conflict Analysis and Resolution. He has spent the past fourteen years applying conflict resolution theory and methodology to practical international development work in fragile and unstable areas. He has twice led field programs in Anbar Province, Iraq. In addition he has worked with track two dialogues between conflicting parties in Israel/Palestine, conducted conflict and development assessments in Nepal and Ethiopia, and helped facilitate inter-religious dialogues in the U.S.

Niharika Mandhana Bureau Chief for Southeast Asia for The Wall Street Journal
URL: https://www.brinknews.com/japans-remilitarization-beating-ploughshares-into-swords/
Get ahead in a rapidly changing world. Sign up for our daily newsletter. Subscribe
​​