Living Quality in the World’s Cities: The Infrastructure Advantage 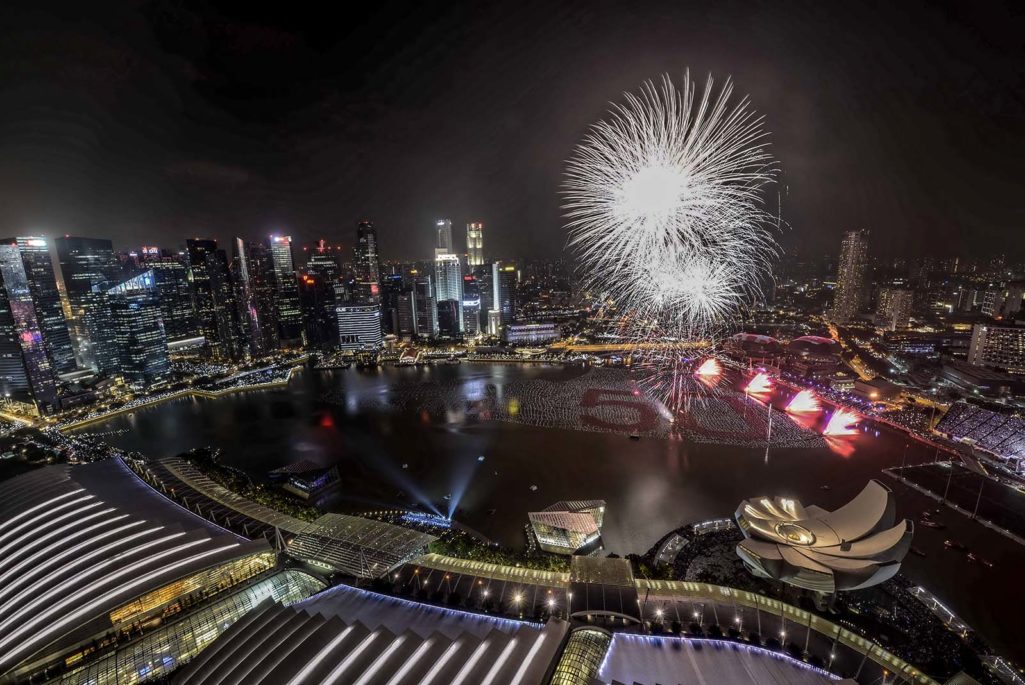 Fireworks burst over the Marina bay to mark the New Year's celebration in Singapore. The city-state ranked first in infrastructure and 25th overall in a recent quality of living survey.

What do organizations look at when analyzing the quality of living for their expatriate workforce in the world’s cities? Risk factors such as economic and political stability play a large role for obvious reasons, but in today’s era of urban concentration, another factor has emerged: city infrastructure.

Infrastructure plays an important role when multinationals decide where to establish locations abroad and send expatriate workers. Easy access to transportation, reliable electricity, and drinkable water are all important considerations when determining, for example, hardship allowances based on differences between a given assignee’s home and host locations. Likewise, cities and urban planners are paying much closer attention to how their city stacks up against the competition. This year, Mercer’s 19th annual Quality of Living Survey ranked infrastructure as a separate factor in determining its rankings for the world’s cities.

The success of foreign assignments is influenced by issues such as ease of travel and communication, sanitation standards, personal safety, and access to public services—in addition to such factors as the quality of educational systems for expatriates’ children and other cultural touchstones. Multinational companies rely on such information to help calculate fair and consistent expatriate compensation—a real challenge in locations with a compromised quality of living. Here’s a look at the rankings for the four global regions surveyed in the report:

Even with political and economic turbulence, Western European cities continue to enjoy some of the highest quality of living standards worldwide. Ranked first for the eighth consecutive year, Vienna is followed by Zurich (2), Munich (4), Dusseldorf (6), Frankfurt (7), Geneva (8), Copenhagen (9), and a newcomer to the list, Basel (10).

Western European cities also hold most of the top ten places in the city infrastructure ranking, with Frankfurt and Munich jointly ranking 2nd worldwide, followed by Copenhagen (4) and Dusseldorf (5). London is in 6th place, and Hamburg and Zurich both rank 9th. Ranking lowest across Europe are Sarajevo (171) and Tirana (188).

In North America, Canadian cities take the top positions in the ranking. Vancouver (5) is once again the region’s highest-ranking city for quality of living. Toronto and Ottawa follow in 16th and 18th place respectively, whereas San Francisco (29) is the highest-ranking U.S. city, followed by Boston (35), Honolulu (36), New York (44), and Seattle (45). High crime rates in Chicago (47) and Los Angeles (58) resulted in these cities dropping four and nine places respectively.

Monterrey (110) is the highest-ranking city in Mexico, while the country’s capital, Mexico City, stands in 128th position. In South America, Montevideo (79) ranks highest for quality of living, followed by Buenos Aires (93) and Santiago (95). La Paz (157) and Caracas (189) are the lowest-ranking cities in the region.

For city infrastructure, Vancouver (9) also ranks highest in the region. It is followed by Atlanta and Montreal, tied in 14th place. Overall, the infrastructure of cities in Canada and the U.S. is of a high standard, including the airport and bus connectivity, the availability of clean drinking water, and the reliability of electricity supplies. Traffic congestion is a concern in cities throughout the whole region. In 84th place, Santiago is the highest-ranking South American city for infrastructure; La Paz (168) is the lowest.

Singapore (25) remains the highest-ranking city in the Asia-Pacific region, where there is great disparity in quality of living. In Southeast Asia, Kuala Lumpur (86) follows Singapore; other key cities include Bangkok (131), Manila (135), and Jakarta (143). Five Japanese cities top the ranking for East Asia: Tokyo (47), Kobe (50), Yokohama (51), Osaka (60) and Nagoya (63). Other notable cities in Asia include Hong Kong (71), Seoul (76), Taipei (85), Shanghai (102) and Beijing (119). There is also considerable regional variation in the city infrastructure ranking. The highest-ranked city is Singapore (1), whereas Dhaka (214) is near the bottom of the list.

New Zealand and Australia continue to rank highly in quality of living: Auckland (3), Sydney (10), Wellington (15), and Melbourne (16) all remain in the top 20. However, when ranked for infrastructure, only Sydney (8) makes the top ten, with Perth (32), Melbourne (34) and Brisbane (37) also ranking well for infrastructure in Oceania.

Dubai (74) continues to rank highest for quality of living across Africa and the Middle East, rising one position in this year’s ranking, followed closely by Abu Dhabi (79), which climbed three spots. Sana’a (229) in Yemen, Bangui (230) in the Central African Republic and Baghdad (231) in Iraq are the region’s three lowest-ranked cities for quality of living.

Dubai also ranks highest for infrastructure in 51st place. Only five other cities in this region make the top 100, including Tel Aviv (56), Abu Dhabi (67), Port Louis (94), Muscat (97) and upcoming host of the 2022 FIFA World Cup, Doha in Qatar, which ranks 96th for infrastructure.

Cities in African and Middle Eastern countries dominate the bottom half of the table for infrastructure, with Brazzaville (228) in the Republic of the Congo, Sana’a (229) and Baghdad (230) ranking the lowest.

Xianbin Yao Professorial Lecturer of International Studies at De LaSalle University Manila
URL: https://www.brinknews.com/living-quality-in-the-worlds-cities-the-infrastructure-advantage/
Get ahead in a rapidly changing world. Sign up for our daily newsletter. Subscribe
​​