Making Way for Generation Z in the Workplace 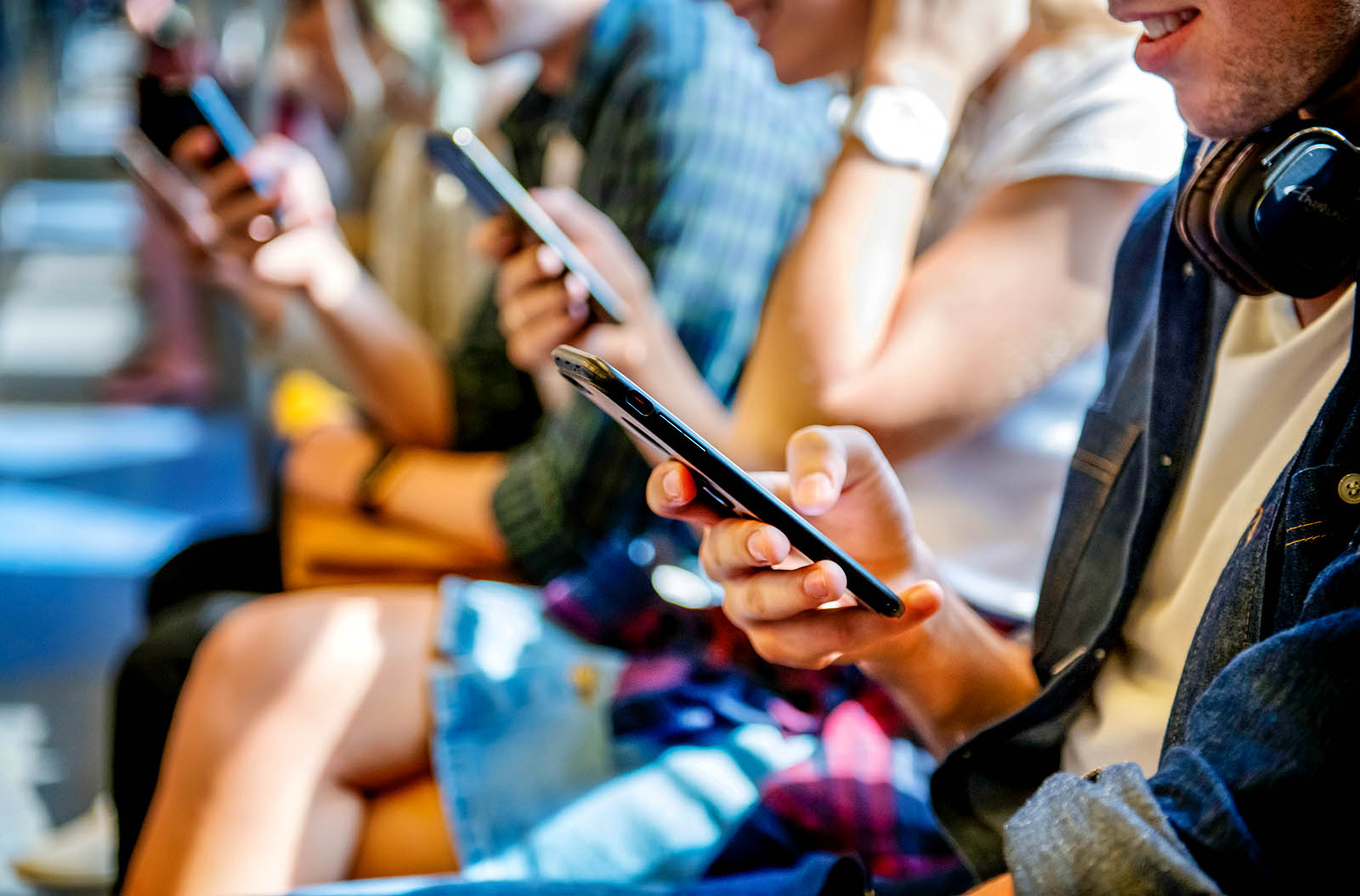 Generation Z is on track to be the most diverse and highly educated generation yet.

As a group, they are “sober, industrious and driven by money,” reports The Wall Street Journal, but also “socially awkward and timid about taking the reins.” Forbes says they “want to work on their own and be judged on their own merits rather than those of their team.”

Generation Z is arriving, and they are different than previous generations—or at least that’s how this young cohort is being portrayed as it begins to enter the workforce. After the traditionalists, baby boomers, Generation X and Generation Y/millennials, we have Generation Z—the group born after 1995, now starting to graduate college.

But is Generation Z really different, and if so, how?

When it comes to ascribing characteristics and accepting advice about a particular generation, caveat emptor. Over-generalizing about any group is a slippery business. “We have to be careful that we are seeing people for the complex beings that they are,” says Wharton assistant professor of management Stephanie Creary. Generational categories, she notes, might help us to understand commonalities. “But people are also going to behave in ways that are consistent with their multiple other identities. We want to make sure we are not creating biases.”

Still, Generation Z is made from different stuff than previous generations. They are on track to be the most diverse and highly educated generation yet, according to a recent Pew Research Center analysis of U.S. Census Bureau data. Only a little more than half of the post-millennial generation (the term Pew uses to identify 6- to 21-year-olds) is non-Hispanic white, and the oldest of them are entering college at a higher rate than millennials were (59 percent for Gen Z, and 53 percent for millennials) when they were the same age.

Significantly for employers and managers, Generation Z is entering the workforce with less job experience than previous generations. Only 19 percent of 15- to 17-year-olds in 2018 reported working during the previous calendar year, compared with 30 percent of millennials in the same age group in 2002. In 1968, nearly half of baby boomers (48 percent) reported working in the previous year when they were between 15 and 17 years old.

Are Employers Willing To Accommodate Them?

But if Generation Z is different, how much are employers actually willing to do to accommodate this new generation of workers as its numbers begin to grow as a percentage of the workforce? It may depend on the ebb and flow of the labor market. “In the mid-1990s, before the bubble burst, the employment situation was looking good, and employers became concerned about new entrants—then the Generation X,” notes Penn State management and organization professor Aparna Joshi.

“There were similar conversations happening about new millennials, and attributions were made about how seemingly entitled they were and what could be done to keep them engaged. After the economy tanked, these conversations became less about their so-called entitlement and more about expanding their skills.”

Moreover, even in today’s relatively tight labor market, most managers hardly lie awake at night thinking of ways to better customize their message for particular generations of workers.

“Honestly, we can’t get supervisors in most organizations to pay real attention to their subordinates, and the idea that we are going to cook up some special way to have them manage these young people as opposed to what they do for others is comical,” says management professor Peter Cappelli, director of Wharton’s Center for Human Resources.

In terms of measurable differences, Generation Z is not only more diverse, but its members also define diversity more broadly. In a recent study on millennials versus Generation Z, Generation Z put nearly as much emphasis on the importance of diversity of gender, age, disability and education, but they put more emphasis on diversity relating to LGBT identity and religion than their elders.

Generation Z expects to stay at a company for less time than millennials, and they have a higher expectation for ethical behavior on the part of their employer, the study found.

Different Behavior in the Workplace

Generation Z has been shaped by a different set of social conventions, and that makes them behave differently in the workplace, says Ms. Creary. They are so comfortable with technology, for instance, that they sometimes have a hard time recognizing when a face-to-face conversation is more appropriate than an email exchange or text message.

Generation Z expects a closer relationship with people of authority—and that can be a problem in a workplace where there are important structures and chains of command.

“I come from Generation X, and I think our generation was raised to appreciate the value of a phone conversation or a private meeting, as opposed to something on an open forum that is easily shareable,” says Ms. Creary. “That is a challenge to people now entering the workforce—helping them understand what is the most appropriate form of communication. When do you use email and when do you stop in someone’s office to schedule a meeting? There are real differences in terms of expectation.”

Another difference revolves around formality. “Many older workers were trained to have a different relationship with people in positions of authority, such that we would address them much more formally,” says Ms. Creary. “We were trained with the idea that regard for authority was really important regardless of whether you respected their ideas. This generation expects a much closer relationship with people of authority, so they can treat people who are higher in the hierarchy as their friend, and that can become a problem in a workplace where there are structures and chains of command that are important.”

Generation Z and Managers: Getting To Know Each Other

Ms. Creary says many Generation Z’ers have gone through school with a notion of it as a kind of competitive sport—that the clubs joined and volunteer hours worked would secure success. “There is that sense that if I just check the boxes I will get to where I want to be,” says Ms. Creary.

“And that is not how success works sometimes in the workplace. Relationships with other people are really key to success—and not just understanding what it means to build relationships with peers, but also mentors, which is why face-to-face conversation is important.”

To Generation Z’ers, Ms. Creary counsels: “Build a network of supporters who will advocate for you on your behalf. Make sure you are getting to know different people on the job, including those working in different areas of the company and in more senior roles.” And regarding feedback, she says to set realistic expectations. “Feedback will not necessarily come as often as you would like. If you would like to know how you are performing and you work in a large firm, consider setting quarterly meetings with your manager. Any more frequently than that might be unrealistic, especially if your manager supervises more than five employees.”

On the other side of the table, managers should be transparent about and reinforce important workplace norms and policies, Ms. Creary advises. “Recognize that you and your Gen Z co-worker might approach work differently, so make sure that you have an in-person conversation about this upfront that touches on workplace norms and policies. Be prepared to explain why these norms are important.”

It can also help for supervisors to get to know Generation Z employees on a more personal level. “Everyone has different levels of comfort around disclosing personal information,” she says. “However, your Gen Z employee might be more inclined to share personal information as a way of creating a closer relationship with you. No one is asking you to share information that makes you feel uncomfortable, but consider whether there are any hobbies, fun facts, experiences, etc. that you can share with them that will help them to view you as a real person.”

Managers might be smart to “take a more realistic approach and to sit down and really remember what we were like at that age and what we did,” says Matthew Bidwell, associate professor of management at The Wharton School. “People in the workforce lack a lot of the tacit knowledge that managers have learned over the years about things like the appropriate ways to behave—the ways to present yourself, all of that sort of thing. That takes time to learn, and you should be concerned but not horrified that younger people don’t know it.”

More Connected to Their Parents

One major societal change could have implications for the workforce of the future. Several studies are finding that parents in recent years have been spending vastly more time with their children, Mr. Bidwell points out.

It could create a wave of workers who are more cautious and less independent—or ones who are better at taking direction. “It could go either way,” says Mr. Bidwell.

So, Generation Z’ers may want to take heed of what they can do to accommodate their environment. His advice to anyone just entering the workforce: “Pay attention, ask a lot of questions, be respectful of the fact that you don’t know what is going on. It’s a lot like entering a new school for the first time.”

This piece was originally published by Knowledge@Wharton

Amy Gallo Contributing Editor at Harvard Business Review
URL: https://www.brinknews.com/making-way-for-generation-z-in-the-workplace/
Get ahead in a rapidly changing world. Sign up for our daily newsletter. Subscribe
​​