What Kind of Perks Do Employees Really Want? 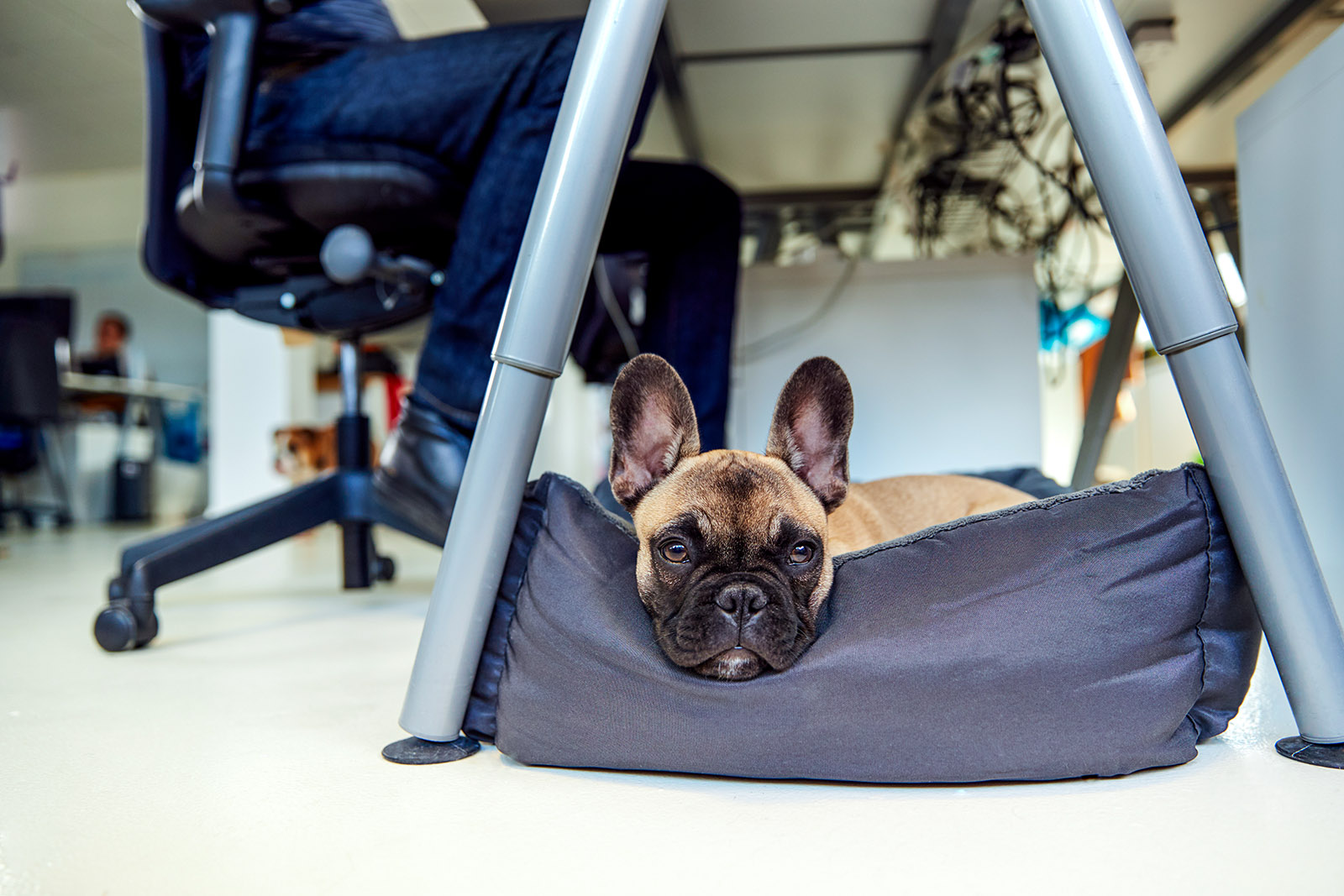 An employee brought in a pet to work. Perks have been big in many a workplace for a while now, but what's less clear is how they have produced real value to employers and employees.

When his students come back from interviews for jobs or internships, Wharton management professor Iwan Barankay hears them talking about what their responsibilities would be or what a challenging interview it was. Sometimes, though, he hears these new workforce entrants speaking about the job perks — and with equal emphasis.

“That has become a salient talking point that helps them decide whether to go to one company or another,” Mr. Barankay says. “It’s surprising, because it’s immaterial to what their career should look like. But that is something they are discussing now.”

How Important Are Perks?

Perks — extras that range from free beer at work to bereavement leave when a pet dies to unlimited vacation time — have been big in many a workplace for a while now. What’s less clear, though, is the extent to which the movement as a whole has produced real value to employers and employees.

What’s the use of unlimited vacation time, for instance, when employees with stipulated vacation time aren’t using all of it now? And don’t workers who haven’t seen real wage growth over the past decade look upon company-provided yoga lessons or a new ping-pong table with a jaundiced eye?

The value of a given perk depends on a number of variables, says Wharton management professor Sigal Barsade. Some perks now being offered beyond the traditional package of compensation, health care and two weeks’ paid vacation might seem frivolous, she says. “But if it’s tied to the values of the company, if it is a living instantiation of the culture, then it can have deep symbolic meaning,” says Ms. Barsade. “So, when I hear about a day for bereavement of one’s pet, that’s a great representation of a culture of companionate love — that is, affection, caring and compassion,” which, in fact, may be quite relevant to the emotional culture of a particular company.

The Relative Significance of a Ping-Pong Table

Perks are often associated with tech companies and the new economy, though, in truth, such extras have roots stretching back decades — often negotiated as part of collective bargaining agreements. At some large newspapers, for instance, workers could once take advantage of doctors and nurses on site, 24-hour cafeterias, bank or credit union branches and free rides home at the end of a shift.

Today, of course, labor unions don’t have the presence or influence they once did. But the shining example of Silicon Valley has set off a wave of similar offerings at other firms that want to appear equally attractive, says Wharton management professor Samir Nurmohamed.

“Silicon Valley helped ignite these things, everything from cafeterias to yoga to bring-your-dog-to-work day,” says Mr. Nurmohamed, “and it relates to the concept of isomorphism, where aspiring companies replicate what a higher status peer does to give itself legitimacy. They may say, ‘If we want to be seen as a startup, then we should get that ping-pong table.’”

A ping-pong table can mean different things at different companies at different times. At the firm where there have been no raises, it may be interpreted as a sop — a cheap gesture in lieu of one that would be a meaningful improvement in wages and conditions. But if it arrives in a healthier context, it can be efficacious to a company’s success.

So What Kinds of Perks Do Workers Want?

More time off, according to a MetLife 2019 benefits study. In a survey of 2,500 workers, when it came to perks, 72% said they were most interested in unlimited paid time off — well above the 61% who said they wanted on-site gyms, meals or dry-cleaning services.

As in anything else, organizations should be rigorous in their metrics, including about their employee attitudes.

“Those who value unlimited vacation time so much should get a reality check,” says Mr. Cappelli, director of Wharton’s Center for Human Resources. Unlimited vacation doesn’t really mean taking off as much time as you want, he points out. “[There] are lots of pressures on you to not take time off in organizations where they have ‘unlimited’ vacation days. Nothing prevents bosses from punishing you, formally or informally, from taking time off, or from leaning on you to not take it when it suits you. My sense is that [workers] just don’t understand how it works in practice.”

In fact, 55% of those surveyed in a 2019 Ipsos poll of 1,025 American workers said they did not use all of the time off they were allotted in 2018. The number of unused days was 9% higher in 2018 over the previous year because the number of days workers were granted increased more than the number of days they could apparently use.

And yet, unlimited vacation time is “definitely a perk that is gaining traction at both established and emerging firms,” says Jiayi Bao, a Wharton doctoral candidate in business economics and public policy, whose dissertation examines the proliferation and effects of the unlimited vacation-time policy.

Looking at unlimited vacation at a large high-tech firm, Ms. Bao found that people do actually take more vacation time when there is no limit, and that “giving them more vacation makes them feel better about their own productivity, and they rated their own productivity higher, subjectively,” she said, “but only when team members are close to each other and when they feel heard by managers. The effect is positive and even stronger in teams with strong cohesion. But the effect is negative for people in bad teams that are not close to each other.”

But those are evaluations of productivity workers gave themselves. To get a more objective measure, Ms. Bao — whose paper is titled, (How) Do Risky Perks Benefit Firms? The Case of Unlimited Vacation — ran a field experiment where she hired hundreds of people to work for her for a month and found that unlimited vacation time actually attracted higher-ability workers.

She also determined that a typical unlimited vacation contract, which involves bundled practices, including a performance requirement and a removal of face time requirement to replicate what happens in firms, is three times more attractive to high performers; that it increases worker productivity by 51%, with 20%-30% coming directly from the vacation feature; and that it induces extra outputs from happier workers.

How Do You Know Which Perks Are Hitting a Sweet Spot?

“As in anything else, organizations should be rigorous in their metrics, including about their employee attitudes,” says Ms. Barsade. “I would be out there asking employees in systematic surveys and focus groups, not just relying on information gathered anecdotally.” ​

Sometimes, perks are, in fact, just a way of getting employees to work harder without any extra pay, says Mr. Barankay. Even though the labor market is tight right now, companies still have a lot of bargaining power, he points out, as a result of the long decline in employee representation by trade unions and increased use of outsourcing and freelancers.

“This might be great for America, but the reality in real life is that working conditions are not as good as they could be,” he says. “Instead of giving us real benefits in terms of money or fringe benefits, like more predictable work schedules or better job security or maternity or paternity leave, they are giving us messages about how important we are to the company.

I think this is becoming more and more obvious, and people are catching on to this, and that people are, indeed, working harder. I think there will be a backlash over time, where it is being shown that people are working harder without any additional pay or benefits.” Many agree that perks are sometimes a case of a company getting off easy.

On the other hand, perks that work demonstrate that “you can do a lot to show caring to your employees without it being overwhelmingly expensive,” says Wharton management professor Nancy Rothbard. “A lot of times, leaders and managers tend to overlook some of the little things they can do to make people feel valued, whether it’s perks or treating people with respect and asking them how they are doing. Those types of things that develop a relationship between a leader and an employee can go a long way.”

A longer version of this piece originally appeared in Knowledge@Wharton