The Business Case for Space 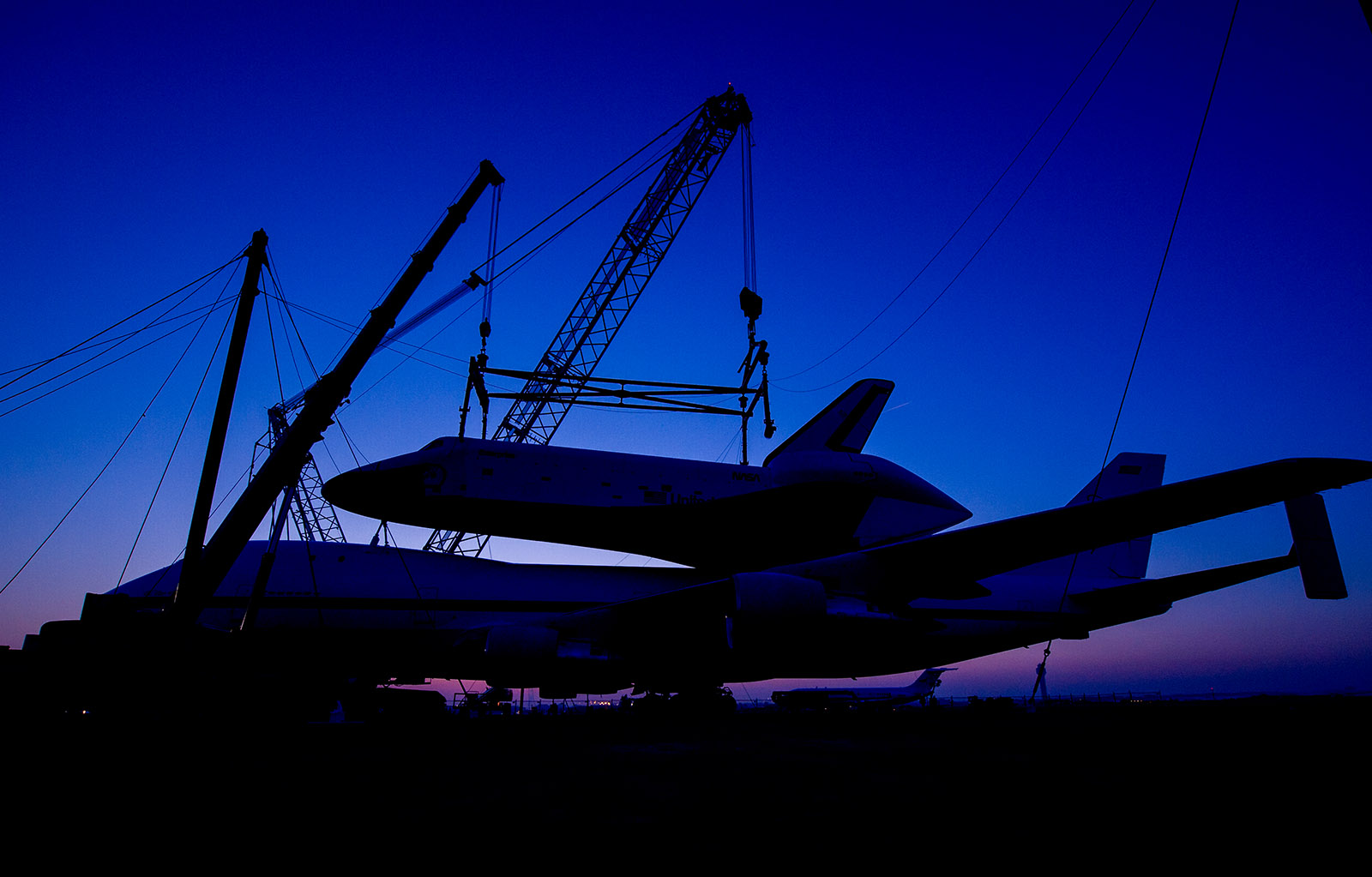 A space shuttle is seen on top of a NASA 747 Shuttle Carrier Aircraft at Washington Dulles International Airport in Sterling, Virginia. Advances in reusable rockets, lowered per-launch costs and miniaturization of satellites are opening up business opportunities in space.

For decades, relatively easy access to space and the big profits that go with it have dangled elusively just over the horizon. With a little more R&D money and a few more advances in the technology, the thinking went, space would be ours.

Are we there yet?

More than a few signs point in the direction of a new space age of viable commercialization — pursuing more audacious goals than we’ve seen in generations.

On the practical side, advances in reusable rockets, lowered per-launch costs and miniaturization of satellites are opening up business opportunities well beyond aerospace and defense, and into IT hardware and telecom, according to Morgan Stanley. The global space industry is expected to generate revenue of $1.1 trillion or more in 2040, up from the current $350 billion, according to a recent report by the firm.

On the dream side, Amazon founder Jeff Bezos recently outlined a long-term vision for putting a trillion people in space colonies with one small step coming soon: an infrastructure starting with lunar lander Blue Moon. “We are going to build a road to space,” Mr. Bezos said at a May unveiling of his plans, “and then amazing things will happen.”

Moving to the Mainstream

Amazing things are already happening. One indication that big business is taking space more seriously is that interest has moved from the fringe to the mainstream, said Wharton management professor Anoop Menon. While space retains an undeniably speculative aspect, especially for business model development, a number of factors are coming together now to suggest that big business’s foray into space is here.

“I don’t think we are necessarily a long way away — it’s a matter of being creative,” said Mr. Menon, co-author with Laura Huang and Tiona Zuzul of Watershed Moments, Cognitive Discontinuities, and Entrepreneurial Entry: The Case of New Space. Satellites that capture geospatial data are potentially quite lucrative, he said, tracking shipping movements, deforestation or the location of mining deposits. “This is an interesting one,” said Mr. Menon of another idea: “Taking pictures of parking lots at Walmart and Target and selling that to hedge funds, since traffic is a pretty good leading indicator of economic activity.”

A sustainable business model for many is clearly the goal. For others, though, sustaining losses is a small price to pay for the pursuit of something larger and potentially more meaningful. Mr. Bezos, for instance, has said he is willing to sell a billion dollars of Amazon stock per year to fund his rocket company, Blue Origin.

Thousands of Satellites Are Being Readied

A partnership of OneWeb Satellites and Airbus will begin launching 900 satellites into low orbit in 2019 to deliver affordable global internet access. Amazon’s Project Kuiper will place 3,236 satellites into orbit with the stated intention of providing “low-latency, high-speed broadband connectivity to unserved and underserved communities around the world,” Amazon said in a statement to GeekWire.

“Data is everything these days,” said Mr. Menon. “There are data companies whose business models are about processing the data that comes out of the satellites, and there is this whole set of companies coming up around this idea,” which is one reason he believes that the new space race is here to stay. “This ‘data-driven’ aspect, when coupled with the rest of the space-industry ecosystem, could make it more robust.”

Back on Earth, demand for data only promises to increase with the proliferation of AI and the development of self-driving vehicles, virtual reality and video. At the same time, costs for commercial applications are dropping for just about everything — hardware components, software development — enabled by using commercial technology and standard architectures. Recently, the cost of launching a satellite has declined to about $60 million from $200 million because of reusable rockets, reports Morgan Stanley, with a potential drop to as low as $5 million. Satellite mass production could decrease the cost from $500 million per satellite to $500,000.

Investors have a rosy view of the prospect of making money in space: In the first quarter of 2019, $1.7 billion in equity was invested into space companies.

But more data and better internet service are just the beginning. Companies like Bigelow Aerospace are developing orbital space stations. Axiom Space has staked out plans to build the first international commercial space station — with a Philippe Starck-designed interior — that aims to be a “microgravity laboratory where educators, scientists and researchers conduct life-improving research.”

Signaling in the Marketplace

There are other reasons for pushing ahead with ideas that may seem pie-in-the-sky, said Wharton management professor David Hsu. “It’s like Google funding big science projects and trying to push the technology frontier,” he said. “That has a signaling purpose in the marketplace — ‘we may be making 99% of our money from your searches, but we are thinking about the future and pushing the frontier a bit.’ They are really trying to work on the harder problems, and maybe we haven’t thought of all of the uses for a particular technology in all cases. They are on the road toward that. You want to be able to show technological things that people didn’t necessarily understand were feasible or possible.”

A certain amount of momentum for ideas hinges on perception, especially regarding a future for the space-tourism industry, management professor Nicolaj Siggelkow notes. “We know this is a really complicated — and to a certain extent dangerous — endeavor, and the general public’s risk appetite is very low. Think about self-driving vehicles and accidents. At what point do we feel they are safe? There is something similar here. If something happens, I am afraid it will slow down space tourism quite a bit.”

Richard Branson’s Virgin Galactic has already suffered a visible tragedy. One pilot was killed and another injured in 2014 when experimental spaceflight vehicle VSS Enterprise broke up during a test flight and crashed in the Mojave Desert. Several other initiatives have failed, such as Israel’s Beresheet Spacecraft, which crashed into the moon in April.

For now, investors are taking a relatively rosy view of the prospect of making money in space. In the first quarter of 2019, $1.7 billion in equity was invested into space companies — nearly double the amount invested in the last quarter of 2018, according to Space Investment Quarterly, published by Space Angels. Total funding since 2009 exceeds $20 billion invested in 435 companies, the space-centric financial services firm says.

“With SpaceX, Boeing, Virgin Galactic and Blue Origin all inching closer to making history as the first privately funded companies to launch commercial passengers into space, we believe that 2019 will most certainly be the year of commercial space travel,” the report says.

NASA is seeking to add more than $1 billion to its $21.5 billion budget to help meet an accelerated goal of returning astronauts to the moon — including the first woman on the moon — by 2024.

If it meets that deadline, it would be more than a half-century since the last time a human stepped foot on the moon. To many, such talk signals a renewed level of ambition generally. Better internet access is all fine and good, but there are, after all, more substantial gains to be had through space travel.

According to Mr. Hsu: “It’s really relevant with the 50th anniversary of Apollo 11 to remember that it’s not easy to throw some resources at a problem and expect that it’s a given you will have success. I’m not trying to diminish the value of social networking. Those are valuable businesses. But I think we also need to not forget as a society that for human progress, in government and industry, people have to worry about the big stuff, the hard stuff, the intractable problems. There are many domains in which we want to devote some attention to have these big breakthroughs.”

This new era of space also arrives now as a way of moving forward around a potentially positive and unified national goal.

“The tremendous strength of this country is technology, and a new space industry is happening here, it’s not happening in many other places,” said Mr. Siggelkow. “We have resources and support systems that allow these developments to occur here. We have an entrepreneurial infrastructure and world-class scientists from all over the world to work on these issues.”

More broadly, the current focus on space is reaffirming of science. “For us to solve important problems, science has been a pretty good tool for the human race,” he said. “Obviously there are two sides to many technologies. But it has allowed us to achieve incredible things.”

A longer version of this article first appeared at Knowledge@Wharton 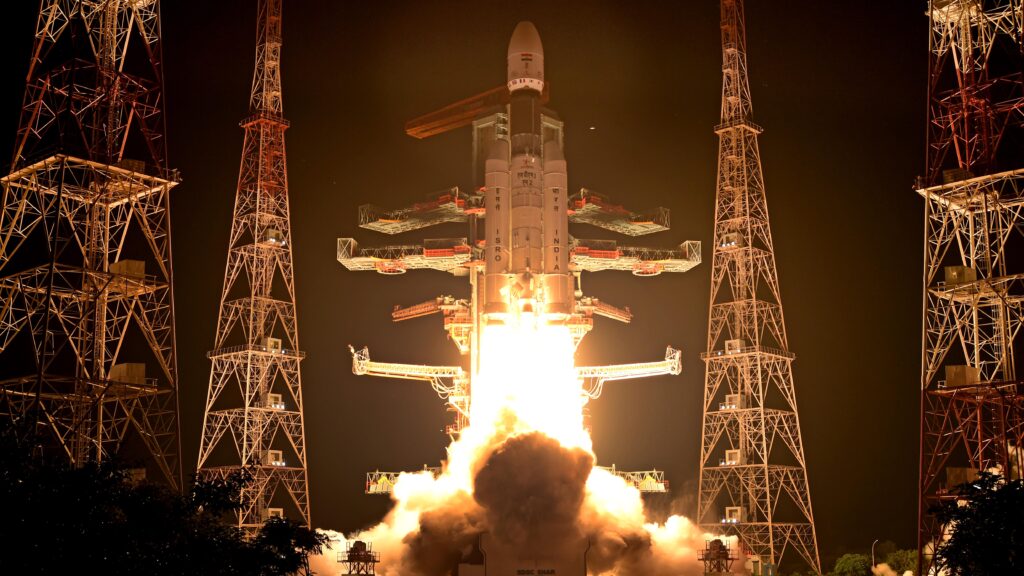 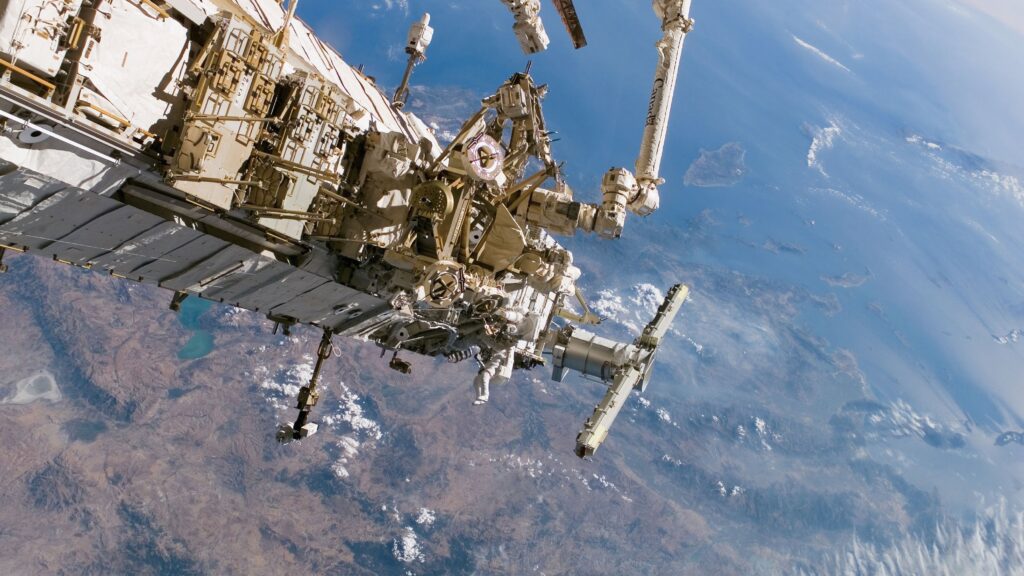 Neil Stevens Space law specialist for Marsh Specialty Space Projects
URL: https://www.brinknews.com/the-business-case-for-space/
Get ahead in a rapidly changing world. Sign up for our daily newsletter. Subscribe
​​