Markets of Billions: The Risks of Not Being Ready For Scale 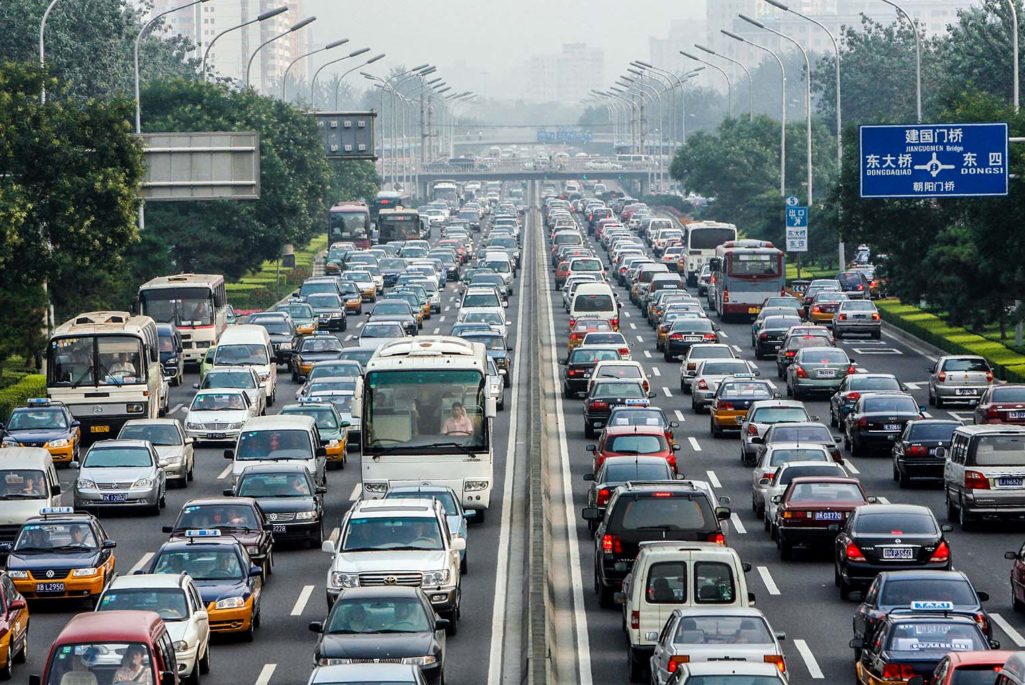 Chinese motorists stuck in a traffic jam in central Beijing. China, India and Africa represent billion-person markets that companies should be gearing up to serve in the coming decades.

By the year 2050, Africa’s population will double to 2.4 billion, exceeding 42 million people per year, or a gain of more than 3 million people per month, according to the UN. The Indian population currently stands at 1.2 billion people. China sits at 1.38 billion. And though China’s fertility rates in are in decline, both of these vast populations will also grow.

In just over thirty years the world’s population will grow by about 35 percent. Africa will contribute 54 percent of that growth (and will be home to a larger workforce than either China or India by 2034).

There are far too many consequences of this to reflect on here. But among the most important are the sheer scale and shift of economic activity that are reshaping the way that firms organize and the capacity of governments to govern in traditional ways.

Are companies ready to address this geoeconomic transformation? Only a small group is.

These companies now measure their consumer interaction in billions rather than millions. These include the Internet stalwarts such as Facebook, Amazon and Google. But the lesser-known Alipay is targeting two billion customers by 2026; and long before Facebook hit the magic 1 billion monthly active users mark, China Mobile enjoyed regular monthly income from 700 million mobile subscribers. That figure now stands at 850 million or 2.5 times the population of the U.S.

Many of these companies have pushed the capacity of IT to support business transactions to achieve new heights and therein lies their advantage and importance. Not only do they have IT infrastructures that support hyper-scale, they also have the capacity to continuously change what and how they function. They have achieved extraordinary process model innovation.

This is almost the definition of digital transformation. It is not a change from one state to another—it is the state of being able to continuously deliver something new through techniques like DevOps and Microservices. The companies that master this are the ones that are pushing their capabilities toward billion-people markets.

The Rising Significance of Scale

In Europe, with a market of 450 million, the driving economic challenge faced by policymakers in the 1980s was the scale of the U.S. economy. As the computing revolution gained momentum, U.S. companies had access to an internal market of approximately 350 million people and one language. In contrast, the largest EU country at the time was West Germany with a population of 60 million.

The growth of a single European market can be explained exclusively by the desire of heterogeneous Europe to compete with homogeneous U.S. and Japan. Without scale, Europeans felt that any major new innovation would be captured by one of these two.

Mobile telephony is an instructive example of why scale mattered then and matters more now. In the 1980s the Europeans realized they had lost computer hardware markets to Japan and software leadership to the U.S.

Mobile telephony opened up a third front in industrial policy. Here was an opportunity to agree on product and infrastructure standards for a new industry. By getting these agreements in place, through the 1987 GSM MoU, Europe was able to develop mobile businesses rapidly for its growing internal market.

The outcome was the dominance of Nokia, which was selling 450 million units per year at peak growth (2007). The U.S. was a decade behind in creating the infrastructure or entrepreneurial interest to exploit its own market. Once that interest burgeoned, Apple and Google took over as western market leaders and capitalized on U.S. industry’s unmatched skills in globalizing a business. Thereafter, for Europe, the quest to exploit scale aggressively was muted.

On the road to 2050, three vast, new single markets will be growing in India, China and Africa, and the question of who will win has barely been asked.

There is an assumption that the driver of change will be a new middle class. The World Economic Forum (WEF), quoting Mumbai University economists, puts the Indian middle class at 600 million already, but this relies on a strange definition—having $2-$10 to spend per day. The WEF also points out that the number of people with disposable incomes above $10,000 annually has gone up from 2.5 million in 1990 to 50 million today in India. Somewhere between those 50 million and the 600 million is a middle class that is expected to be the world’s largest by midcentury.

There are claims that China already has a middle class of 240 million people and will reach 400 million by 2020. Meanwhile, the projection for the middle class in Africa is anywhere from 6 percent of the population (96 million) to around 300 million. As these groups grow, the U.S. middle class is in decline, though their spending power exceeds that of any emerging or recently emerged market.

Along with a growing middle and upper class, we are bound to see more migration as people become impatient with the pace of growth and go off to seek their fortune, whether that be the vast overhang of Chinese men with no prospect of marriage, because of the country’s gender imbalance, or Africans who become impatient with political instability or dispossessed by it.

The other aspect of change will be the diversity of economic goods that billion-people markets entail. The global marketplace is already spilling over with a variety of needs, tastes, services and products, attested by the growth of Nigerian fashion and Kenyan music. The problem for many established brands is that African countries offer limited real estate for conventional branded stores and very poor distribution infrastructure.

Something else is also emerging: an enterprise form that manages scale very well and negates the preeminence of real estate.

The other aspect of change will be the diversity of economic goods that billion-people markets entail.

The Importance of Platforms

Since the late 2000s business platforms have proved themselves to be the right way to manage scale and to restructure markets.

There is now a large segment of the global economy controlled by business platforms. A study in 2016 by the Center for Global Enterprise put the value of platform businesses at around $4 trillion. Platforms are significantly increasing in importance in parts of the world where there is strong economic growth.

The technology infrastructure of platforms, and their cultural adaptability, are what allowed Alibaba to make 120,000 sales per second on Singles’ Day. They are efficient and they are well adapted to scale. They also happen to be the enterprise form that emerging economies can adopt from scratch as their markets become more monetized.

In Africa, by early 2017, the startup platform Mookh was home to 500 businesses, many of them in arts and culture, and was growing so fast the founders received a visit from Facebook’s Mark Zuckerberg, who wanted to know how his social network could help. Openworld is a competitor in bringing African businesses online. But both have to contend with the arrival of OLX, a platform for online classifieds that has over 1.9 billion monthly visits, 37 billion monthly page views and 54 million new listings.

OLX began life in India, went large in Brazil and Argentina and is now expanding in Africa. Safaricom, the mobile giant and owner of mobile payments system M-Pesa, is about to launch an e-commerce platform before OLX sweeps up the market.

Platforms are bringing the next generation of commerce into being. IngDan of China has created the global hub for companies that want IoT technology. OpenPilot is flying the flag for an open-source platform for drones, and market leader DJI of China has opened up hardware and software to the drone ecosystem.

All of this is happening in new markets that will be measured in the billions of increasingly affluent people. Companies would do well to map out a forward-looking strategy for the markets of billions that will be here all too soon.