Moral Policing: A New Risk to Doing Business in India 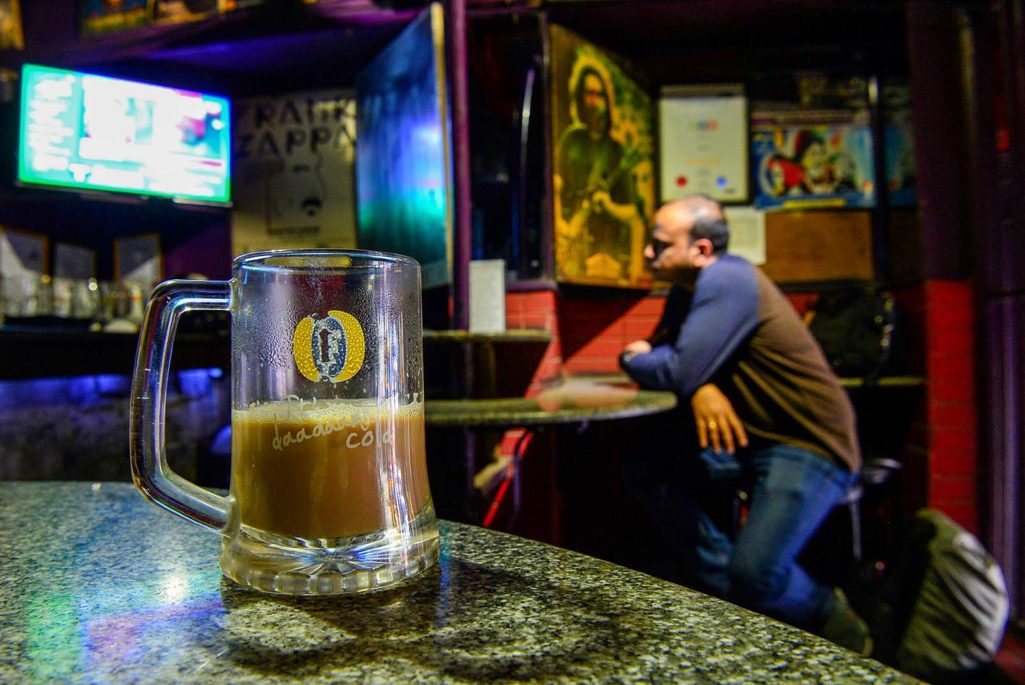 Coffee is pictured in a beer mug at one of Bangalore's oldest pubs, on July 4, 2017, in the wake of the Indian Supreme Court's ban on selling alcohol near state and national highways.

Moral policing is on the rise in India, with several states banning or censoring things such as food, alcohol and movies. If unchecked, this trend could increase political risk and hamper an investment climate that is already troubled by red tape, corruption and tax-related issues.

India’s global ranking on ease of doing business is a poor 130. Moral policing moves by various governments across the country are not going to make doing business any easier, as they are often unpredictable and beyond the control of businesses.

That said, the Goods and Service Tax was introduced in India on July 1, and while not without its challenges, over the longer term, it is expected to benefit the economy, creating a common market across the country.

Contrary to the general perception, moral policing is not limited to any one political party. The consumption and sale of alcohol is already banned in the states of Bihar, Gujarat, Manipur and Nagaland. Elsewhere, in Kerala, liquor cannot be sold in bars or restaurants unless they are inside five-star hotels. Tamil Nadu, Chhattisgarh, Jharkhand, Madhya Pradesh and Uttar Pradesh are likely to follow suit. Furthermore, India’s Supreme Court clarified rules that ban the sale of liquor within 500 meters of state highways.

With the government’s failure to decisively put an end to the issue, cow vigilantes are attacking people who are suspected of storing, selling or consuming beef and there have been lynchings. A crackdown on slaughterhouses in Uttar Pradesh—the largest meat and leather exporting state—was followed by a government notification banning cattle slaughter at animal markets, in the name of preventing cruelty towards animals. This move, however, has been stayed by the Supreme Court for now, and there are likely to be tweaks before the law’s implementation is sought again.

A federal minister advised foreign tourists to be mindful of what they wear and how they travel while in India, and there are politicians who chastise women for incidents of molestation and rape because of the way women dress. While there are also ministers and prominent opposition leaders who have spoken out against such comments, the damage is already done, as the initial comments have received worldwide attention.

Many of the actions associated with moral policing are based on strong beliefs and not hard data. For example, the belief that drunk driving is the major contributor to road accidents or that consumption of alcohol aids crimes against women, even though only 1.5 percent of all road accidents were caused by drunk driving in 2015, according to the National Crime Records Bureau.

Similarly, there’s no conclusive evidence to suggest that consumption of alcohol aids crimes, especially those against women. Prohibition doesn’t make much sense. Worse, it will lead to large loss of revenues to the states that are already reeling under the financial pressure of loan waivers and subsidies.

Money is likely to go elsewhere if India is perceived as being a business risk due to moralistic practices.

Whatever be the underlying motivation, the laws inspired by moral policing have unintended side effects; in particular, they give discretionary powers to the personnel of the enforcement agencies who often misuse them to harass people or extract bribes. They encourage vigilantes to indulge in violent attacks, while the problems they claim to address remain unaddressed. They also help the governments of the day to look morally superior. Even voters sharing such beliefs tend to electorally reward such moves.

Bihar’s Chief Minister has said the alcohol ban has increased the sales of dairy products, sweetmeats and fast-moving consumer goods, as well as brought down crime rates. Such claims may or may not be true; however, it will certainly affect the investors, manufacturers and retailers of alcoholic beverages. For example, international brewer Carlsberg, which had invested $25 million in a beer plant near Patna, was asked to close down in 12 hours. Risk analysts say that such actions have made Bihar (and in turn, India) an unattractive place to do business.

Moral policing either by the government or vigilante groups has important implications for businesses and the economy. Banning cattle trade will cripple the meat processing and export industries, along with leather and animal husbandry, and destroy millions of jobs in the process.

Already, top global retailers such as Zara, M&S and Prada are having doubts on whether Indian suppliers will be able to keep their commitments on supplying leather products. Together, the alcohol and cattle trade bans will definitely mar the prospects of the hospitality, restaurant/food chains and tourism industries in India.

Compared to its peers, India’s tourism industry is already lagging behind. In 2015, it attracted just 8 million foreign tourists (and 1.6 percent of international tourism receipts, which is $21 billion out of $1,260 billion) compared to 56.9 million tourists (9 percent of receipts) visiting China, for instance. The city-state of Singapore itself saw more than 12 million tourist arrivals in 2015. There is intense competition for limited tourism dollars, and this money is likely to go elsewhere if India is perceived as being tourist-unfriendly due to certain moralistic practices.

Moral policing, either by government or vigilante groups, presents a new risk to doing business and it can be a dampener for attracting investments, especially from foreign sources. Many would argue that India is now one of the top recipients of global foreign direct investment (FDI) that shows global investors don’t share such concerns. Again, that may be a wrong conclusion to draw.

In the past three years since 2014, net FDI as a proportion of India’s GDP has averaged about 2 percent, the same as it did in the 10 years prior, so incoming FDI has not really increased in that respect. Besides, most FDI inflows are coming through the private equity or M&A route that does not create new assets or jobs, as it’s still very difficult to push green field projects.

Even if one ignores the above, India needs all the investment it can get—either from domestic or foreign sources—as the country’s investment/GDP ratio is now down to 28 percent or so from its peak of 38 percent in 2007-08. Therefore, India needs more FDI to supplement its domestic savings and investment efforts.

The growth of investment, business and entrepreneurship requires a predictable regulatory environment, and moral policing is creating regulatory uncertainties that investors don’t like. The unpredictability and uneasiness brought about by such moves can have serious implications for the country, including potentially derailing India’s growth story. At a time when the economic circumstances are already challenging enough, this unnecessary distraction is something India can well do without.