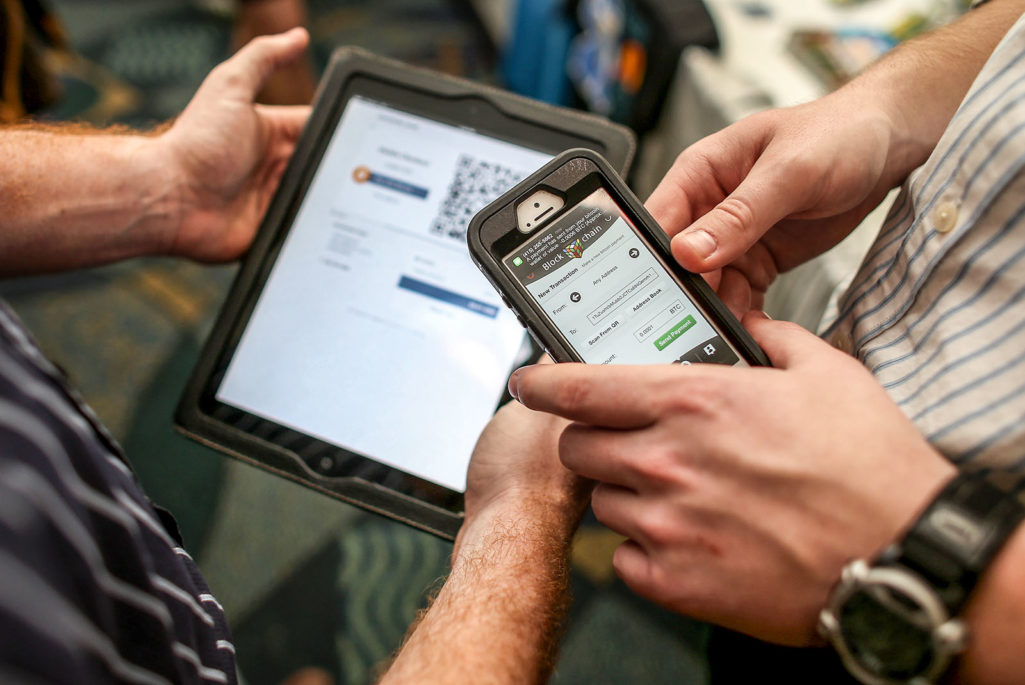 Eric Martindale (L) and John Dreyzehner from BitPay demonstrate a transaction using an iPad to charge a customer who is using his phone to transfer Bitcoins for the purchase at the North American Bitcoin Conference.

Agile, experimental, and data-obsessed, digital disruptors have developed a “clock speed” culture that is resetting consumer expectations and changing the terms of engagement. Apple’s move into payments marked an inflection point in financial services, alongside the digital-only players in financial management and “robo” advisory services. In telephony, Skype has radically changed expectations, as has Netflix in cable TV, Airbnb in hotels, WarbyParker in eyeglasses, and Zappos in shoes. The list goes on and on.

For incumbents, survival depends on understanding—and applying—disruptors’ methods effectively. Clock speed measures how quickly a microprocessor crunches instructions—but high-clock-speed businesses do not just work faster. Rather, they focus on different processes and make decisions in new ways, generating daily—even hourly—improvements, and achieve performance improvements that can be an order of magnitude higher than those from efficiency gains.

Trouble is, the practices are not easy to implement in large organizations used to competing by doing what they did yesterday, only better. Most companies have centralized structures to promote cost-cutting and efficiency. They make careful decisions based on analysis, planning, and consensus.

Moving at clock speed requires constant iteration to engineer processes that are inherently superior. Retooling for high clock speed means setting up agile, entrepreneurial pods that move from fast to instant and reject complexity for simplicity. Managers must be doers who lead empowered employees with the freedom to take risks and make their own decisions on the fly without the distraction of coordination, collaboration and hierarchical decision-making. Leadership needs to set the tone for a culture that values speed, responsiveness and change above perfection.

Daily life must take place in “beta” mode. Instead of the traditional sequence of design-build-run, these processes should run in parallel. Just as Apple tested the first versions of its iPhone and used the feedback to enrich the design, a high-clock-speed company will put out a minimum viable product as soon as possible—and then redesign it repeatedly to generate a stream of improved versions. This constant iteration means that work should be divided into projects that last no more than a few months.

It’s not possible—or even desirable—for an entire company to start working like this all of a sudden. Banks need small teams making rapid-fire decisions in order to develop new digital interfaces that can compete with upstart fintech competitors. But they won’t change their credit-rating models or rebrand without very careful consideration.

So it helps to develop a two-speed workforce, in which those parts that need to run at clock speed have a different structure and are given different incentives. When Comcast, for example, was under pressure from Netflix streaming and worried about Apple TV, it set up a separate team operating outside its legacy system with the freedom to experiment and fail. These engineers built Comcast’s live streaming system extremely fast, and then back-integrated it into the legacy system. When Capital One developed its “configurator” middleware to allow consumers to design their own cards, it pushed agile teams. These started as a couple of pilots but ended up revamping two-thirds of the IT system in 18 months – as they were also developing the consumer front end.

High-clock-speed companies use data as a competitive weapon. But instead of building big systems, they outsource IT functions when they can. They empower customers to perform transactions themselves, reducing manual processing—and yielding data to harvest. That leaves them free to use the results in product development, or to improve the customer experience—free to focus on the core 20 percent of assets that drive 80 percent of revenues. For one bank, ruthless digitization has reduced 20-plus systems and databases into a single view on its customers, shrinking the time it takes to process a mortgage from 10 days to less than an hour.

These principles are part of the DNA of digital natives. Established incumbents, however, will need a strategy to change the workforce’s mindset, culture, and skill sets. Leaders need to be open to new ideas, adapt quickly, and encourage different cultures in different parts of the organization. That means they will need to lead more and manage less.