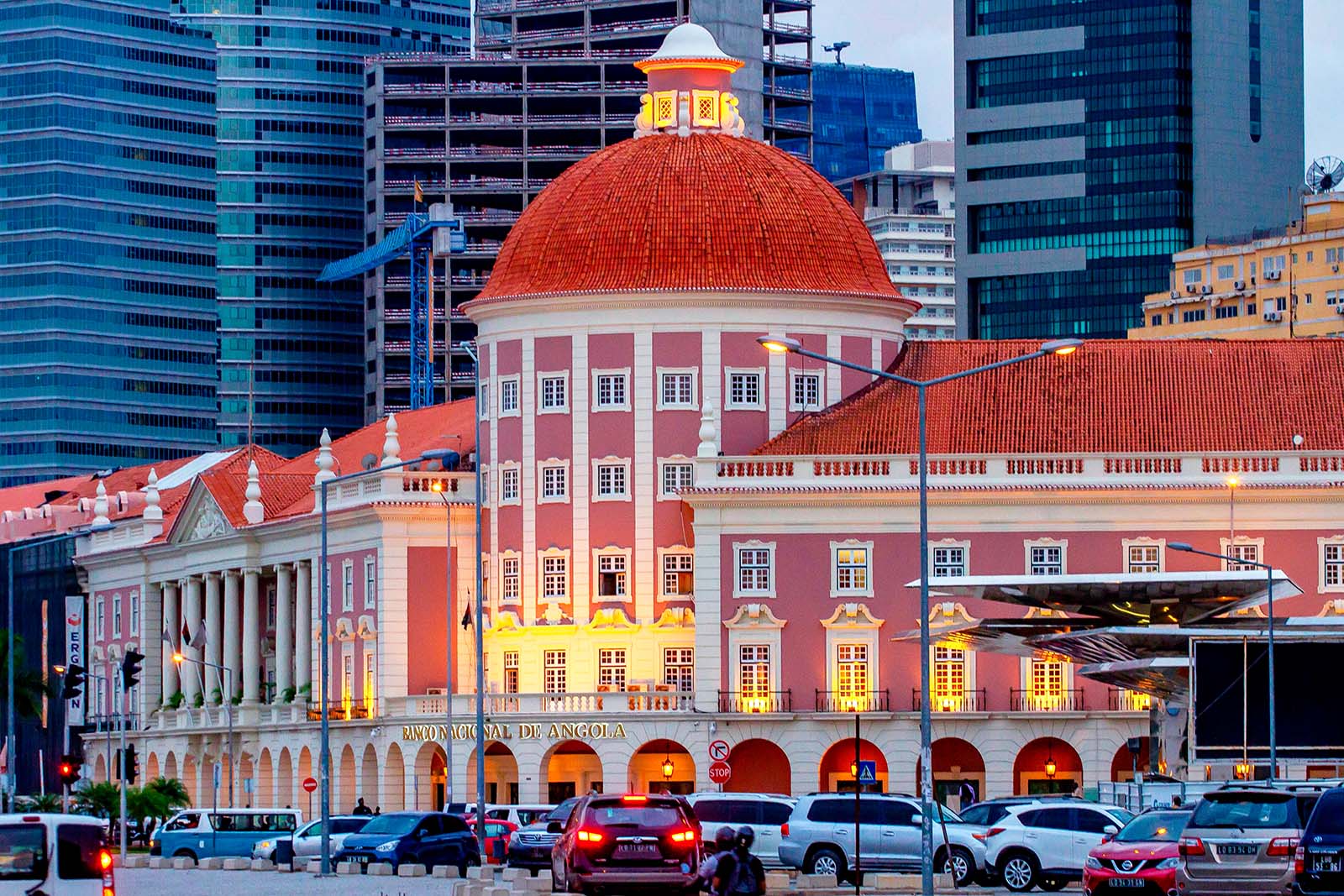 A picture of the National Bank of Angola (BNA) at the waterfront in Luanda. Angola has very little domestic industry; virtually everything is imported.

Saudi Arabia’s oil supply shock — and subsequent price collapse — are setting off tsunami warnings amongst Africa’s oil-exporting countries. Oil exports and tourism income are major sources of foreign exchange earnings for a number of African nations, and the COVID-19 pandemic only compounds the pain. This double shock will hopefully serve as a wake-up call for African officials. For many years, policymakers have acted too slowly to develop their domestic industries, broaden their tax base and reduce dependence on imported goods. Financial hardship could force governments to make tough choices, set aside political bickering and act swiftly for the good of their nations.

Oil pays for most government spending in many countries. Africa saw many new oil and gas discoveries in the past 10 years, and a number of countries had grand plans for investment of the anticipated revenues. New oil projects may have to wait until prices recover, so many of these plans will stay on the back burner. Nigeria faces big risks. At about 10% of GDP, oil does not seem overly important in Nigeria’s economy, but the impact of oil is far-reaching.

But most of Nigeria’s foreign exchange comes from oil. The country has made some effort to diversify exports and reduce imports of goods that can be made locally. However, the policies have not been well-implemented, and the net result is still far too small. The Central Bank of Nigeria continues to insist on an artificially high, managed value for the Nigerian naira.

There are severe forex shortages throughout the economy when oil income falls, which leads to large gaps between official rates and the parallel market. The scope for market arbitrage and corruption is enormous and very damaging.

There is a clear tie between the level of investment and growth in any given economy. Nigeria falls far short of the domestic and foreign investment it needs. Portfolio and direct investors won’t invest when a currency is so obviously overvalued. Local companies won’t invest in domestic production if the numbers don’t work.

Nigeria’s economy is large enough to sustain considerable domestic industry — this is why oil is not a larger component of GDP. However, virtually everything relies on some level of imports. Raw and processed inputs, capital equipment, spare parts, refined fuel, technology and international services all use forex or are priced based on forex rates.

Banks are looking into the abyss. On average, about 30% of the loan book of Nigeria’s largest banks is exposed to the upstream and midstream oil and gas sector. An equally large share is exposed to manufacturers and traders who will suffer from forex shortages.

Angola: Pushing for Change Before the Oil Crash

Angola has very little domestic industry; virtually everything is imported. Oil is the primary source of foreign exchange and government revenues. The country is on a positive path, however. Since President João Lourenço took office in 2017, the government has been working feverishly to improve the business climate, open the space for the private sector, reduce dependence on oil and attract investment in oil and non-oil sectors.

The National Bank of Angola allowed the kwanza to float in mid-2019, causing severe pain to buyers of imported goods. Rough as the move may have seemed at the time, it will likely serve Angola well in coming months, as the currency’s value will be based on transparent, market-based forces.

Angola is pushing hard to develop agribusiness industries to use the country’s vast areas of fertile land. Mining is another area of opportunity, particularly for iron ore and copper. Officials are coordinating development projects to help new manufacturers access power, water and transportation.

Why Can’t African Governments Fund Themselves?

The link between businesses, voters and politicians for taxation and service delivery is broken.

Most African nations have failed to develop a fair and robust system of taxation, tax collection and associated service delivery. Tax revenue as a percent of GDP is lower than world averages for every country on the continent.

For too many years, countries have relied on single-commodity exports, or development finance institution budget support, or have simply ignored their role in creating an enabling environment for business.

The double shocks the continent is now facing will force policymakers to take a hard look at how their economies can be more self-funding, self-sustaining, diversified and resilient. Out of the pain and economic damage that will be done by both crises, African nations have the potential to rebound as stronger economies with a better future for their people.

Til Schuermann Partner and Co-Head of Oliver Wyman’s Risk & Public Policy Practice
URL: https://www.brinknews.com/oil-price-collapse-coronavirus-major-challenges-africa-economic-impact-nigeria-angola/
Get ahead in a rapidly changing world. Sign up for our daily newsletter. Subscribe
​​