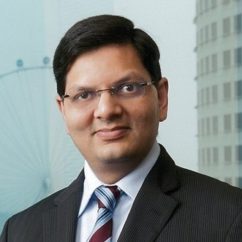 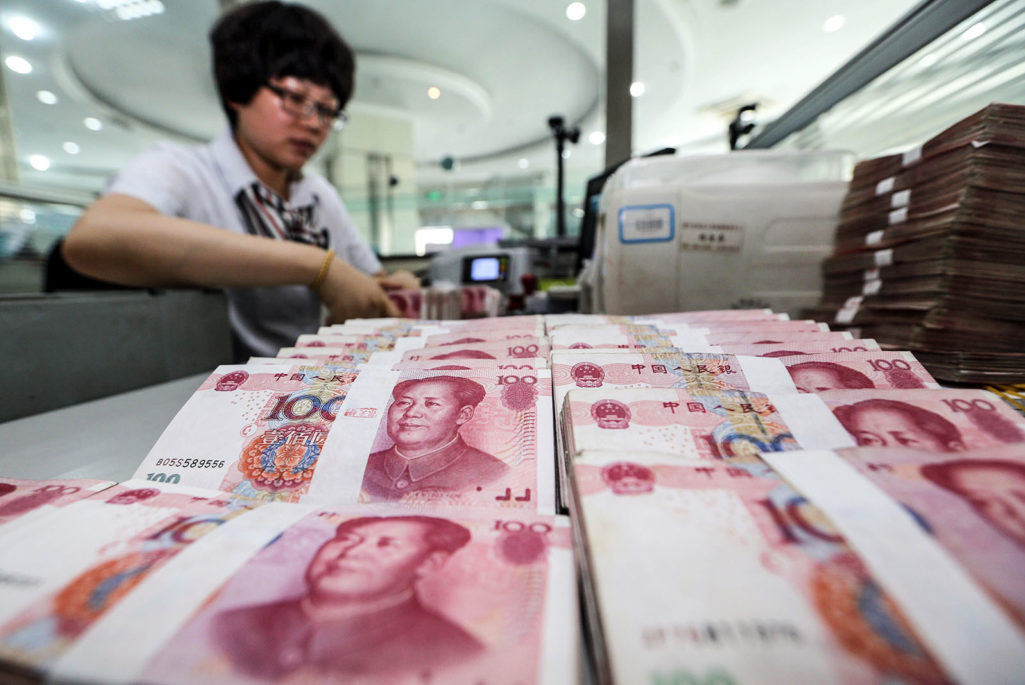 A teller counts yuan banknotes in a bank in Lianyungang, east China's Jiangsu province on August 11, 2015. On that day, China's central bank devalued the yuan by nearly two percent against the U.S. dollar, as authorities seek to push market reforms and bolster the world's second-largest economy.

Last year, the Association of Southeast Asian Nations announced the creation of the ASEAN Economic Community (AEC). Its Blueprint for 2025 envisages greater economic integration across the region, which is now the seventh-largest economy in the world.

At about 5 percent per annum, economic growth across the region has been strong. Nevertheless, the GDP of many member nations remains well below the average in advanced (OECD) economies. Free movement of goods, capital and labor – as occurs within the United States and European Union – would boost economic growth significantly and help raise living standards.

Financial services are crucial to the development of an economic community or union. When banks and insurers can branch out across borders, they facilitate the flow of capital, labor, trade and business expertise across those borders. Greater financial-services integration would serve ASEAN economies well. It could also serve financial companies well. Not only would it allow them to reduce their risks by diversifying exposures but, for the successful, it opens up vastly more opportunity for growth than any purely domestic market can provide.

Some Malaysian and Singaporean financial services firms have already embarked on the journey to regionalization by opening branches or making acquisitions outside their home markets. We are also seeing greater ambition among Indonesian and Thai banks aiming to capture share in neighboring countries. For the most part, however, these efforts have not met great success.

In corporate banking, global competitors continue to make inroads into the region. Large banks such as HSBC, Standard Chartered and Citi, have all managed to build a presence in most ASEAN countries, and have effectively created regional banks already. Competition is being intensified by the cash-rich Japanese megabanks investing heavily in the region’s banks, infrastructure and corporate lending, and by the Chinese banks following suit as part of the country’s growing regional ambitions.

Retail banking, in contrast, continues to be dominated by domestic leaders with stronger distribution infrastructure and better-known brands.

The dynamic is different in insurance. Foreign players are already among the top life insurance providers in most ASEAN countries. Some, such as Prudential, are long-established and virtually local; others have made recent equity investments in domestic entities, such as the large Japanese insurers. Long-term deals with domestic banks have facilitated the expansion by foreign insurers, marrying the distribution and customer strengths of local leaders with the product strengths of internationally experienced players. Meanwhile, domestic leaders in ASEAN countries have largely stayed at home.

Why are East Asian financial companies failing to pursue the regional opportunity?

Despite the declaration of an economic community, many regulatory barriers to the cross border expansion of financial firms persist. Banks and insurance firms are typically large companies that governments and regulators are understandably inclined to favor. There are still barriers to market entry in the form of ownership rights and, in some countries, capital controls.

While such barriers are by no means unique to the ASEAN region, they are contrary to the stated goal of economic union. Protection of large domestic incumbents comes at the cost of a worse deal for domestic consumers and slower economic growth. Where politically possible, governments should seek to remove them.

Yet, as noted, several companies from outside the region have managed to overcome such barriers and establish successful regional businesses. Why can’t the domestic companies do the same? Somewhat counter-intuitively, perhaps, domestic protections are part of the explanation. A financial firm benefiting from barriers to competition will have less incentive to compete in markets where, rather than enjoying these benefits, they are often disadvantaged.

Nor are they likely to have been stretched by competition to develop the ability to compete in unfamiliar territory. The global financial companies that succeed as regional ASEAN players have capabilities and, consequently, brands that allow them to compete with domestic providers that enjoy regulatory advantages. The protections given to domestic ASEAN providers have reduced their incentive to develop such capabilities.

This creates an opportunity for visionary financial services leaders. As the declared ASEAN economic community progresses, they will have increasing opportunities to succeed in neighboring countries and, ultimately, to become regional players. Building the capabilities required to succeed in this effort will strengthen both their domestic positions and increase the pool of revenues they can compete for.

The stimulus of the ASEAN economic community, combined with the great eastward shift of global economic growth, create a historic opportunity for local financial companies. Those that embrace it will be best positioned to capture the region’s undoubted growth potential.

Partner and Head of Insurance Practice, Asia-Pacific at Oliver Wyman