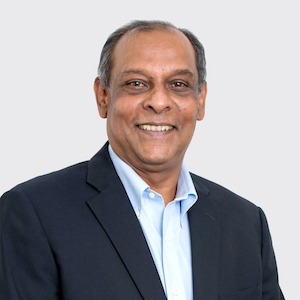 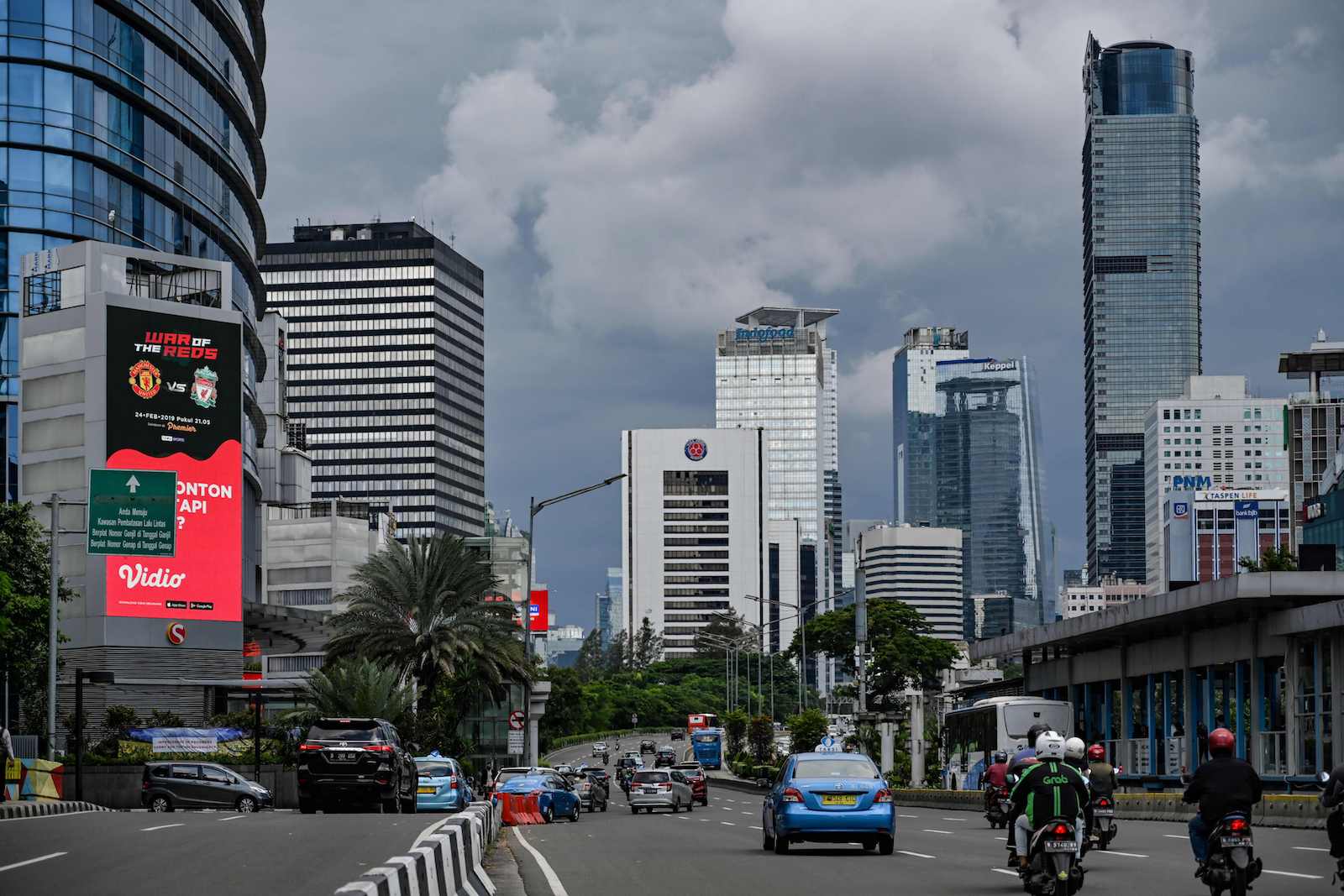 Motorists drive through one of Jakarta's main roads. In Indonesia, regulators are implementing initiatives to support the fintech sector.

This is the first article in a weeklong series on fintech.

Southeast Asia presents a massive opportunity for P2P lending platforms. This is because of the many advantages that P2P lending platforms provide, which include lower transaction costs and enhanced convenience for end users. Coupled with Southeast Asia’s high mobile subscription rates, Internet penetration rates and young population, this is a recipe for success. With the high level of connectivity, both lenders and borrowers can be connected in a remarkably cost-efficient manner. While P2P lending is only a small fraction of overall loans disbursed, its rising prominence in Southeast Asia cannot be ignored.

Besides, the digital transformations of other industries have made customers more trusting of and comfortable with tech-based financial solutions. It has also increased their demand for immediacy and customized products and services.

Lessons from P2P Lending in China

China’s retail loan penetration rate is around 20 percent, among the lowest in the world. Its banking sector has typically prioritized state-owned enterprises and influential borrowers over SMEs and the broader retail market. This means that a large segment of the population is underserved—although China’s average income is relatively low, the size of its middle class is roughly similar to the population of Europe.

Responding to the market gap, over two thousand P2P lending platforms set up shop, resulting in world-beating growth. According to Bloomberg, there were outstanding P2P loans to the tune of 1.22 trillion yuan ($180 billion) in December 2017, ballooning from almost nothing in 2012.

What happens when there is a lack of regulatory oversight, an inability of P2P lending firms to access credit scores and the prevalence of operators who do not know how to run a P2P platform properly? Add to this mix lenders who quickly jumped at the opportunity for high returns without proper due diligence. The result was a disaster, with widespread defaults and the loss of billions of dollars’ worth of investor savings. There was widespread anger and several protests, which forced the government to step in and purge the industry. “P2P finally turned from ‘peer-to-peer’ to ‘police-to-people,’” tweeted one disillusioned investor who was unable to reach the protest site due to government lockdowns.

This resulted in thousands of P2P lending platforms that were unable to repay investors, either halting operations due to police investigations or just fleeing with the remaining money. In 2018, the number of P2P operators dropped by more than 50 percent to 1,021, and no new firms have entered the market since August. By the end of 2019, that number could drop to as few as 300 firms.

There are several examples that highlight that first-mover advantage may not be as powerful as some entrepreneurs think. Google was not the web’s first search engine, Amazon was not the first online bookstore, and Facebook was not the first social media platform. China happened to be one of the first countries to embrace P2P lending massively.

Recent data shows that the five most populous Southeast Asian countries—Indonesia, the Philippines, Vietnam, Thailand and Myanmar—together have over 90 million youth or close to an average of 17 percent of each country’s population. Out of this, 49.8 percent of the population is urban, and the median age in Southeast Asia is 28.8 years. This generation is considered to be the most productive, digitally enabled and open to change. According to a report on accelerating financial inclusion in Southeast Asia, more than half (54 percent) of the adults in the poorest 40 percent of households remain unbanked. Access to credit from formal channels and use of insurance solutions are significantly lower. Only 18 percent of adults use a bank account to receive wages and pay utility bills, and just 27 percent of adults save formally and 11 percent borrow formally.

New forms of alternative finance challenge the regulatory environment, test the political will and question our ability to embrace change.

The government and the private sector are stepping in to tackle this gap. In Indonesia, for instance, initiatives by regulators to support the sector include the Fintech Office, the launch of the National Payment Gateway, and the establishment of the Fintech Regulatory Sandbox for P2P lending services.

“One of the key priorities for the Indonesian government is to create a sound and strong financial sector that is easily accessible, even for those in remote areas. This is why microfinance is becoming so important, so we can create access to formal financial products,” said Muliaman Hadad, chair of the Otoritas Jasa Keuangan, the Indonesian Financial Services Authority

Here lies the key to P2P lending success in Southeast Asia. It is only when various stakeholders from across the board—the government, P2P lending platforms and investors—come together in a more integrated way that the concept can be genuinely successful. And, this is already happening across Southeast Asia.

Many banks consider the growth of P2P lending as direct competition, as was the case in China. However, in Indonesia and other Southeast Asian countries, the fintech industry will support and run parallel to banking. While banks were wary at the early stages of P2P lending, with increasing regulations, large banks are significantly more inclined to partner with these platforms.

Hence, it is crucial that P2P players demonstrate the right balance between protecting the lender through a robust risk-management framework, a good level of transparency on loans and high service levels for both lenders and borrowers. This will help ensure sustainability for the players and a viable market where digital trust can be established. This is where the power of digital transformation comes in.

Digital tools powered by an open data sharing architecture are enabling fast, low-cost and convenient customer identification and verification. This is especially so when the processes are powered by unique national IDs, a real-time verification infrastructure and a supportive regulatory framework featuring tiered KYC and cross-product KYC. Alternative sources of data, such as data from payment transactions and telecoms providers combined with analytics, are improving customer profiling, credit risk assessment and fraud detection. However, there remains plenty of scope to make open data sharing more accessible and useful for all the stakeholders.

Apart from having a digital and open data sharing architecture, a strong regulatory framework needs to be enforced to ensure that the investor’s money is protected. Firms should be required to meet a minimum capital requirement, and the regulators should also ensure that, if a platform collapses, there is a system in place for loan repayment to continue and be paid to the investors. These are a few examples of how the government can provide support to the sector.

The new forms of alternative finance will profoundly shape Southeast Asian economies for decades to come. They promise to challenge the regulatory environment, test the political will and question our ability to embrace change.

There is no doubt that there are many potential vulnerabilities that might impede the future growth of P2P lending in Southeast Asia. These pitfalls need to be identified, understood and prudently managed for the long-term viability of the sector. To have long-term, sustainable and inclusive growth, the industry needs to adhere to best practices and cultivate trust, while continuing to innovate in products and services that provide returns to investors.

Hamza Mudassir Lecturer in Strategy at University of Cambridge
URL: https://www.brinknews.com/p2p-lending-lessons-from-asian-governments/
Get ahead in a rapidly changing world. Sign up for our daily newsletter. Subscribe
​​