Political Volatility Is Here To Stay, Meaning Headaches for Business 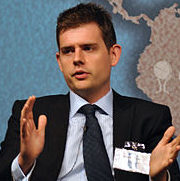 Matthew Goodwin
Professor of Politics and International Relations at the University of Kent, and Associate Fellow at Chatham House 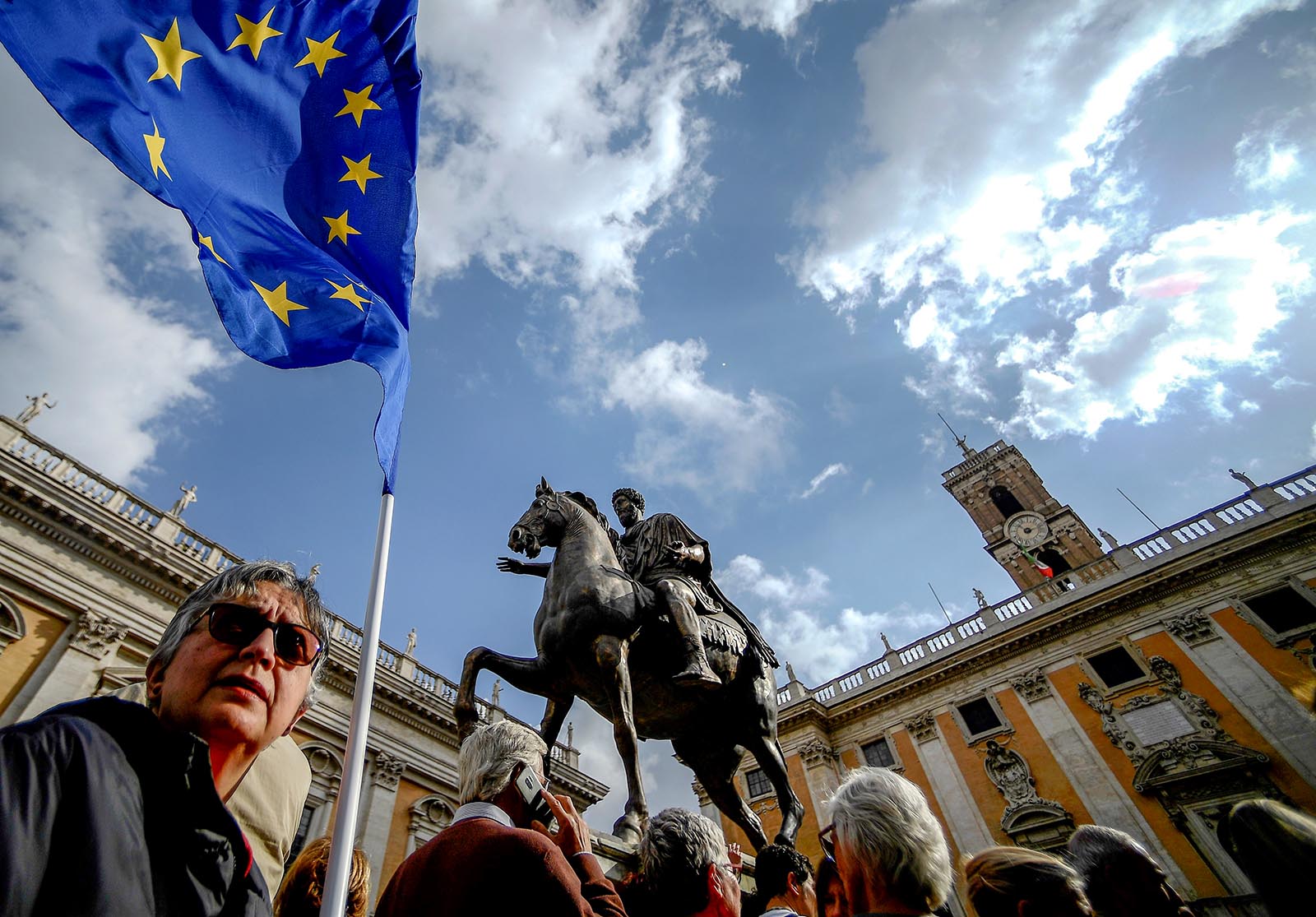 A demonstrator holds an EU flag in Rome's Piazza del Campidoglio during a protest. Investors used to relatively stable and predictable policy and regulatory environments must come to terms with heightened political risk.

Trump. Brexit. Marine Le Pen in France. Matteo Salvini in Italy. The wave of political volatility that is sweeping across the West marks the beginning, not the end, of a new era of great churn and change. The fragmentation of political systems, the rise of populist parties, higher rates of electoral volatility and an ever-tightening squeeze on the traditionally dominant parties have all become the new normal.

This unpredictability is particularly challenging for sectors like infrastructure that depend on public-private partnerships. Investors who might have been attracted by the relatively stable and predictable policy and regulatory environment associated with this asset class must now quickly come to terms with heightened political risk and growing protectionist policies in many of the countries in which they operate. The mainstream political consensus that has presided in the last couple of decades around the positive role of private capital in infrastructure is increasingly being challenged. In the United Kingdom, for example, Labor leader Jeremy Corbyn’s talk of renationalization and the British government’s decision to scrap its Private Finance Initiative are worrying developments.

Across many Organization for Economic Cooperation and Development countries, there has also been a tightening in the approach to screening and regulating foreign investment, such as the recent changes to the review process of the Committee on Foreign Investment in the United States.

The long-term continuities that, once upon a time, delivered loyal voters and stable experienced governments are being disrupted. The key factors include the left’s drift away from workers to focus on the culturally liberal and degree-holding middle class, new value conflicts that are cutting across traditional electorates and the rise of new issues that do not sit easily within the classic “left versus right” framework, such as immigration and Brexit.

Weakening Bonds between Citizens and the State

In the space of a single decade, between 2004 and 2015, the average share of the vote going to the traditional mainstream parties in Europe slumped by 14 points to 72 percent. Meanwhile, the share of the vote going to new populist challengers, whether left or right, more than doubled to 23 percent. In Germany, social democrats just plunged to their worst result since 1933. In Sweden, they fell to their lowest since 1908.

At the root of these shifts is dealignment, the way in which the bonds between citizens and the traditional parties are eroding or, in some cases, have broken down completely.

Contrary to the idea that we are living through a short-term protest, the evidence points in the opposite direction: that political volatility and risk are here to stay.

This year, when UK market research company Ipsos MORI asked people whether they felt that “traditional parties and politicians” cared about people like them, the replies in Europe were sobering. Forty-seven percent of people in Germany, 51 percent in Italy, 57 percent in Britain, 61 percent in Hungary and 67 percent in France felt that they had been abandoned by the old guard.

Volatility Is Here To Stay

Volatility will be with us for a long while yet. We now live in an era in which the Italian Five Star Movement can be founded and win an election within a decade, in which Emmanuel Macron can step outside traditional party politics and capture total power in just a couple of years and where political systems fragment as more ideologically radical parties draw strength from the way in which older coalitions of voters are breaking apart.

These changes are also having another important effect, pulling previously apathetic voters back into politics. In Germany, the No. 1 source of votes for the national populist Alternative for Germany (AfD) were non-voters, people who had given up on politics but now saw an opportunity to regain a seat at the table. In the United Kingdom, around two million people who had not voted at the previous election mobilized at the 2016 referendum, and most voted for Brexit.

In the U.S., too, from the 1970s onward, numerous studies have pointed to the same weakening bonds between citizens and the main parties. In the early 1960s, a solid 70-75 percent of people lined up between the two main parties; by the time that Donald Trump was mulling over whether or not to run for the presidency, it had sunk to a record low of 56 percent. Both the share of Americans who saw themselves as independent, or who felt that a new party is needed, have surged to record highs. This much greater fluidity helped Trump in a big way.

Political Continuity Is At Risk

All of this means that it will be harder to get the strong, stable and ideologically coherent governments that deal effectively with a growing list of challenges, especially in long-term planning and areas where the public and private sector needs to cooperate.

Contrary to the popular claim that we are living through a short-term protest, the evidence points in the opposite direction: that political volatility and risk are here to stay.

Professor of Politics and International Relations at the University of Kent, and Associate Fellow at Chatham House

Matthew Goodwin is professor of political science at the University of Kent and a senior visiting fellow at Chatham House who works with firms on political volatility and risk. He is the author of the new book, National Populism: The Revolt Against Liberal Democracy.

Peter Schechter Host of Altamar Global Issues Podcast and BRINK columnist Juan Cortiñas Founder and Managing Partner at Opportunitas Advisors
URL: https://www.brinknews.com/political-volatility-is-here-to-stay-meaning-headaches-for-business/
Get ahead in a rapidly changing world. Sign up for our daily newsletter. Subscribe
​​