Populism Is Poison; Plural Cities Are the Antidote 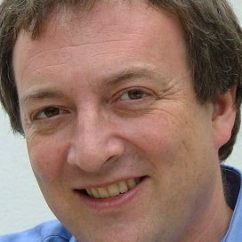 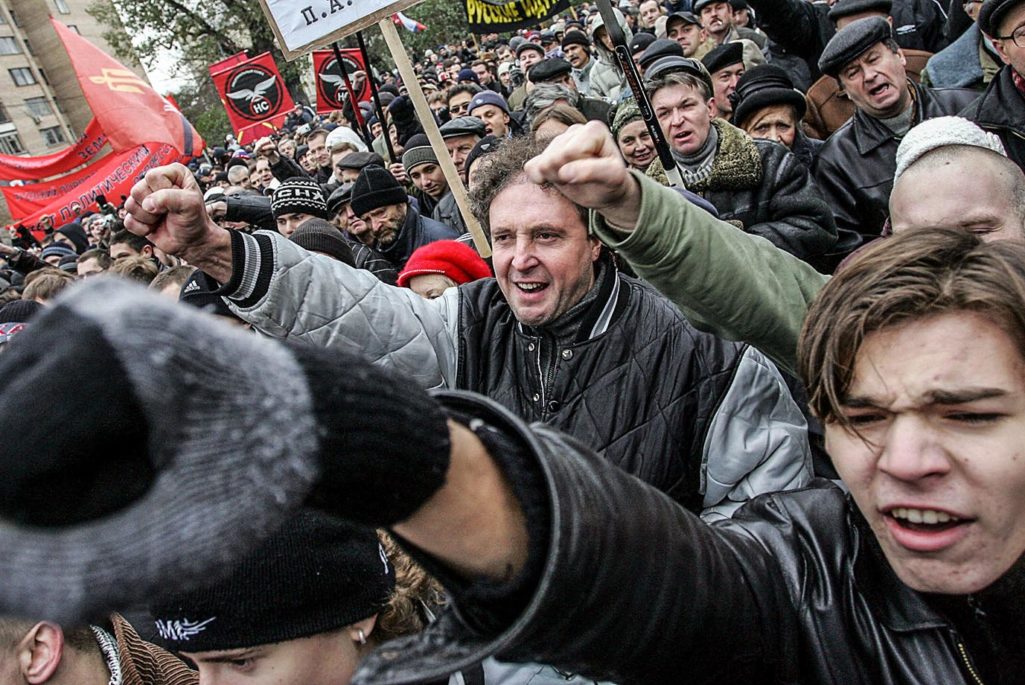 Supporters of Russian national revival party 'People volition' shout during a rally near the monument of Russian famous writer Lev Tolstoy as they mark National Unity Day in central Moscow in a show of force by the country's rising anti-immigrant movement.

The world’s most powerful nation-states are flirting with catastrophic conflict. Whether it is in Europe, Asia or the Middle East, for the first time since the 1960s we are facing a real possibility of nuclear confrontation. With nation-states distracted, the threat of irreversible climate change also looms large.

Global anxiety is feeding the growth of nationalist movements, emboldened by the drumbeat of populism. Anti-immigrant and anti-establishment parties are capitalizing on public disquiet, gaining footholds in political systems across the planet. But as alarming as all this sounds, there are opportunities to head off potential disaster.

One of the most powerful antidotes to populism is right in front of us. Many of the world’s cities are busily reimagining politics, economics and environmental action from the bottom-up. Some of them are constructing a positive, inclusive and plural vision of the future, even as nationalist leaders peddle fear and close borders. “Cities are the vanguard of the global cosmopolis,” argues Timothy Garton Ash, professor of European Studies at the University of Oxford, “With people from everywhere—every faith, language, culture—living and working cheek by jowl, the stereotypes of the ‘Other’ peddled by populism are refuted by everyday experience.”

Plural cities will play a critical role in determining whether humanity survives this century or not.

The Economic Roots of Populism

We have seen the merger of ultranationalism and right-wing populism before. It did not end well. The world is again entering a period that is easily recognizable as pre-authoritarian and fascistic. And the stakes could hardly be higher. The future of liberal democracy hangs in the balance as it did in the 1930s.

Nationalistic populism surges during times of economic volatility. This latest wave is a byproduct of the appalling excesses of financial capitalism, culminating in the housing disaster of 2008. Its aftershocks continue to this day, and the political backlash is now being felt.

While globalization has brought benefits to some, the accelerated exchange of people, goods and ideas has also eviscerated jobs and contributed to extreme inequality. Those left behind have seen their wages stagnate and deeply resent the elites who they hold responsible. Populism is not only fueled by economic anxieties, but also cultural tensions. By its very design, globalization threatens essentialist identities. The 24-hour news cycle aggravates these fears. Urban and rural populations are increasingly worlds apart when it comes to values and priorities. Social media is dramatically amplifying the polarization between various groups.

What distinguishes the present moment from the past is scale. Economic, social and technological processes are speeding up and shattering the boundaries of what individuals can absorb and understand. The temptation to retreat to simplistic solutions offered by charismatic, strong leaders is understandable.

Demographics offer another convincing explanation of the recent rise of populism from the UK and the U.S. to France, Italy, Germany and Poland. Populism thrives in semi-urban and rural areas where native-born populations are in decline, and less so in growing cosmopolitan cities. Indeed, large majorities of the small-town electorate voted for Donald Trump or for Brexit, while large cities voted in the opposite direction.

Across North America and Europe, migratory patterns are shifting from large bustling metropolises to smaller- and medium-sized cities where the local population is more ethnically homogeneous. Even the most incremental increases in newcomers to these areas can appear dramatically higher (to their residents) than they really are.

Sudden population influxes are typically a consequence of policies devised by central government. Yet they are seldom accompanied by a parallel injection of resources to soften the impacts of immigration on local services—from schools to hospitals. This in turn can lead to distortions in how people perceive immigration—and perception matters as it can fuel the embers of populism. If cities are to defeat populism, they need to know what it is. According to Princeton’s Jan-Werner Müller, at the core of populism is a profound rejection of pluralism. It is animated by two basic ideas—an opposition to diversity and a rejection of the so-called establishment. Populists contend that outsiders threaten the national way of life and that “the people” need to exclude outsiders. The antithesis of the people is, oddly, migrants.

Looking to Our Cities for Solutions

So how can plural cities fight back?

Actually, many of them already are. “Few things are more important for combining freedom and diversity than everyday interactions in the street, at the workplace, in the café,” Timothy Garton Ash said. “Small courtesies integrate, small slights alienate,” he said. “In this sense, what ordinary city residents do can be as important as anything done by political and business leaders.”

For centuries cities have had to construct sophisticated forms of accommodation to survive. From Toronto and Kuala Lumpur to Sao Paulo and Singapore, this idea of urban coexistence is intrinsic to a sense of belonging.

This feeling of cityness is a buffer to notions of nationalism. As Ivo Daalder from the Chicago Council on Global Affairs explains, “We live in a world no longer divided between left and right, liberal and conservative, but open and closed. Cities – and especially the big, global cities – are the vanguard of openness, pushing for open borders, open markets, open societies, and open minds. These cities are our best defense against the closed nationalism and populism infecting our societies.”

Maybe this is not so surprising. Cities are the crucible of democratic politics. They have always experienced tension and conflict. But they are also where virtually all modern progressive social movements originate. The architect of the Global Parliament of Mayors, Benjamin Barber, sees “nations as parochial and narrow-minded – they are adversaries of change and progress – while cities are conservators of multiculturalism, tolerance and open society.”

The more plural the city, the safer it is. Populists regularly construct migrants as a threat to security. Spurred on by sensationalist reporting, there is a widespread assumption that migrants commit more crime than locals. To be sure, where services to assist and integrate migrants are in short supply, the risk of crime can increase. But the reality is that migrants are dramatically less likely to be involved in crime than long-term residents.

Cities with large concentrations of foreign-born residents tend to have lower levels of crime compared to cities without mixed populations. In the UK, for every 1 percent rise in migration, there is a 0.4 percent decline in urban crime. In most European cities, first generation migrants are almost half as likely to commit crime as third generation migrants. Migrants are also twice as likely to start businesses as their native-born neighbors.

Cities are also starting to flex their muscles on the international stage. For example, the newly created Global Covenant of Mayors promises to greatly expand the clout of cities. The Covenant expects to mobilize over 7,100 cities from 119 countries representing over 600 million people. The signatories are committing resources toward achieving a low-carbon society. Many others will surely follow.

Today, mayors are often the vanguard of the movement to build safer, more livable and welcoming cities. There is good reason municipal leaders are stepping up their city diplomacy and sidestepping national authorities. According to the C40, the world’s major nations have just five years to shift toward a low carbon economy if they wish to avoid locking-in global temperature rise above 2 degrees centigrade.

Yet even when the science on climate change is accepted, national politicians move at a glacial pace. As the 200 mayors who co-hosted a Climate Summit at the UN’s Climate Change Conference in Paris demonstrated, inter-city networks exert considerable influence. Barber is adamant that “urban sovereignty and city rights are the keys to progressive change and resistance.”

Cities are rewiring the circuitry of international affairs. Cities as varied as Bangalore, Hong Kong and London depend on international and internal migration to thrive. Los Angeles mayor Eric Garcetti argues that “the great strength of our cities is its migrants and immigrants who form the backbone of their economy and security.” Cities suffering from the distresses of globalization are rebounding stronger than before.

Cities will have to start getting more proactive and take the fight to populism. This means confronting and defeating populist ideologies in the public square. What we need is open debates on migration and integration, and a strong case for the benefits (and risks) of pluralism. According to the University of Kent’s Matthew Goodwin, excluding populists from public debate can actually push them to adopt more extremist positions.

A promising way to defeat populism is through the creation of so-called “sanctuary cities.” These are municipalities that develop pro-migration policies and programs. While there’s no official list, there are an estimated 300 such cities in the U.S. alone. Cities like New York and San Francisco have doubled down on their commitment to sanctuary status, even as the new U.S. administration is threatening to cut off federal funding.

Cities can also become more proactive in integrating new arrivals. The 130 cities that form the EuroCities network are clamoring for more power to respond to the region’s refugee crisis. And while politically risky, mayors from Cologne to Stockholm are facilitating a public debate on how to manage the hardening of attitudes against immigrants in the wake of sexual assaults.

At the core of the plural city are strategies that encourage interaction and exchange between different identity groups. This is because increased contact can reduce prejudice that fuels populism and boost tolerance and resilience. Plural cities are arenas that moderate both creativity and conflict, and they are fundamentally responsive to migrants.

The future belongs to cities, not nation-states. More than half of the world already lives in one. But the fastest growing cities in Africa and Asia—where 5 million strangers are arriving every month—are precisely those that are least prepared. One of the great challenges of the 21st century will be to ensure that tomorrow’s cities are designed to be plural. This means purposefully building equitable and climate-friendly infrastructure and services, with the welfare of newcomers in mind.

The authors would like to thank Benjamin Barber, Ivo Daalder, Mayor Eric Garcetti, and Timothy Garton Ash for their contributions to this article.

Misha Glenny is a writer and broadcaster. He is has worked for the Guardian and the BBC among others. He is the author of numerous articles and Crime without Frontiers (2008), an international bestseller translated into 31 languages.

Peter Schechter Host of Altamar Global Issues Podcast and BRINK columnist Juan Cortiñas Founder and Managing Partner at Opportunitas Advisors
URL: https://www.brinknews.com/populism-is-poison-plural-cities-are-the-antidote/
Get ahead in a rapidly changing world. Sign up for our daily newsletter. Subscribe
​​