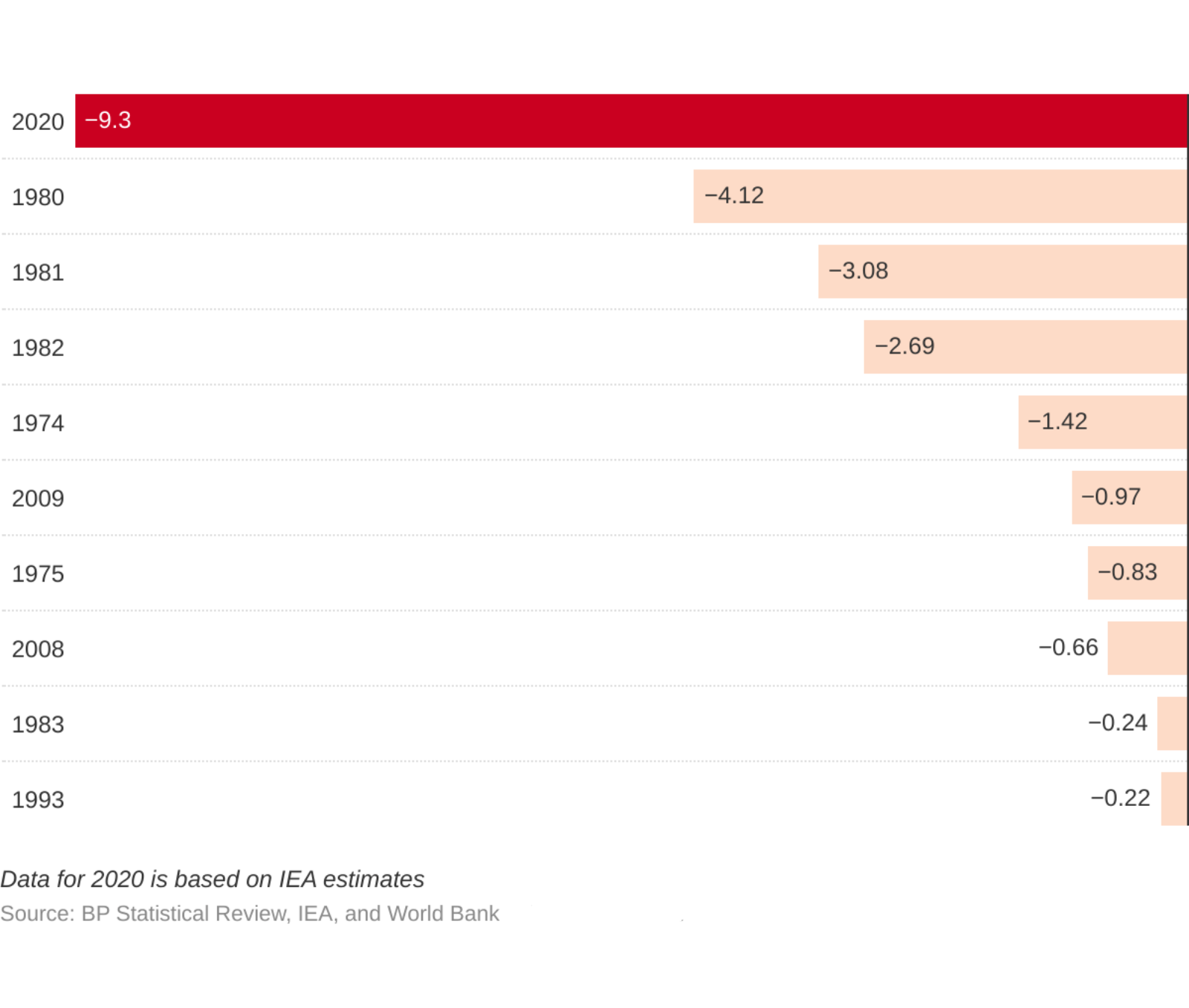 The severe shock to the oil industry caused by the COVID-19 pandemic is far worse than previous recessions, World Bank data shows. Reflecting the steep drop in prices, demand for oil has dropped markedly by 9.3%. By comparison, the Great Recession of 2008 only saw a demand drop of 0.66%.

The sharp drop in demand is owed to global social distancing measures, which have essentially cut excess need for electricity and fuel for transportation. But the world had seen an oversupply of oil even prior to the pandemic, largely due to stiff competition between Saudi Arabia and Russia for increased market share. The International Energy Agency says the plunge in oil demand is “staggering”, with renewable energy set to make up 30% of this year’s demand for electricity.

Oil prices are now expected to average $35 per barrel in 2020 — a huge decrease from the October 2019 forecast of $58 per barrel and a 43% drop from the 2019 average of $61 per barrel. The U.S. administration is weighing possible bailout options, but so far Congress has declined this option. The pinch has been felt by major oil companies, with reported staff layoffs and a 25%-35% reduction in spending on new production. 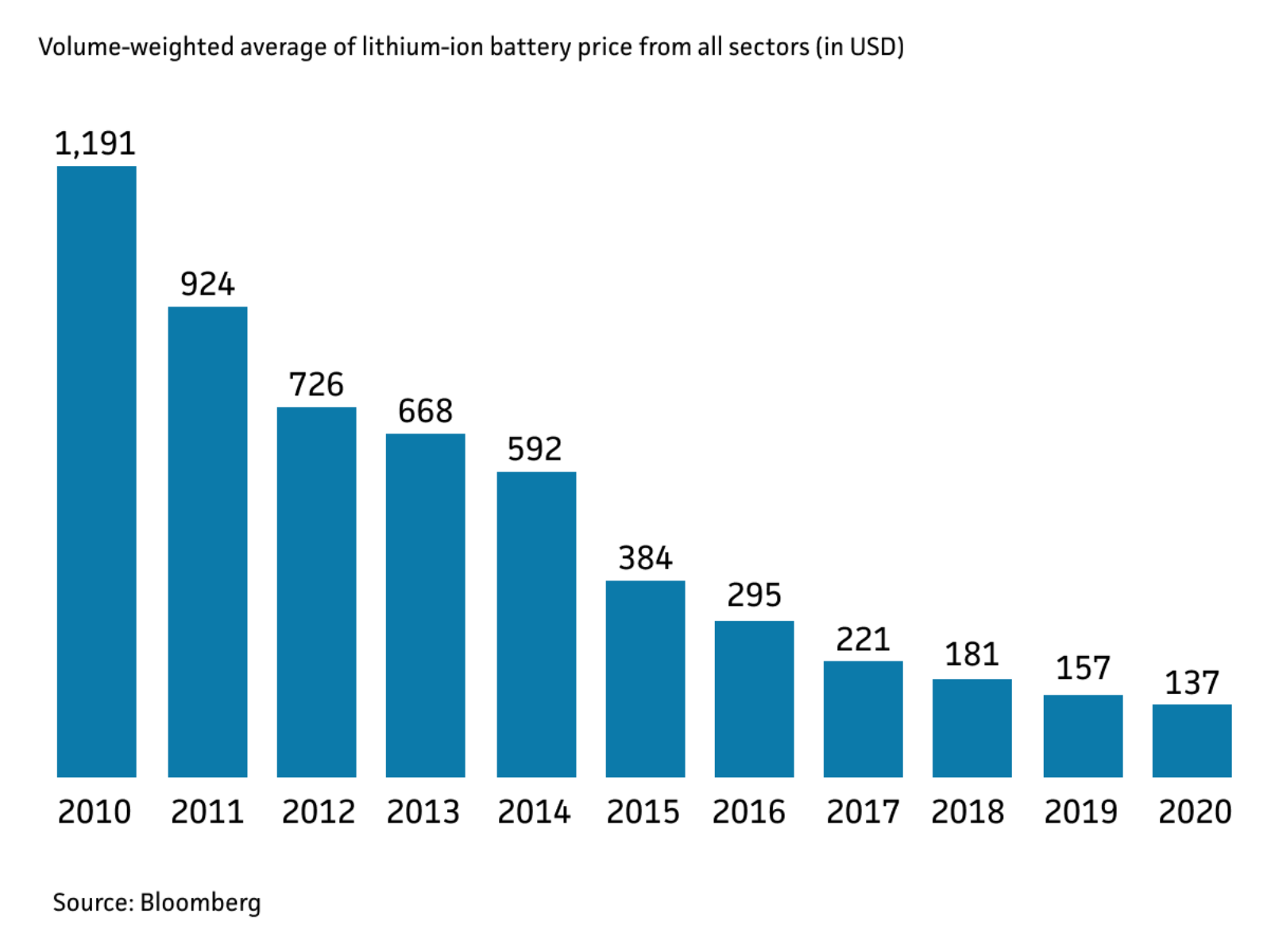 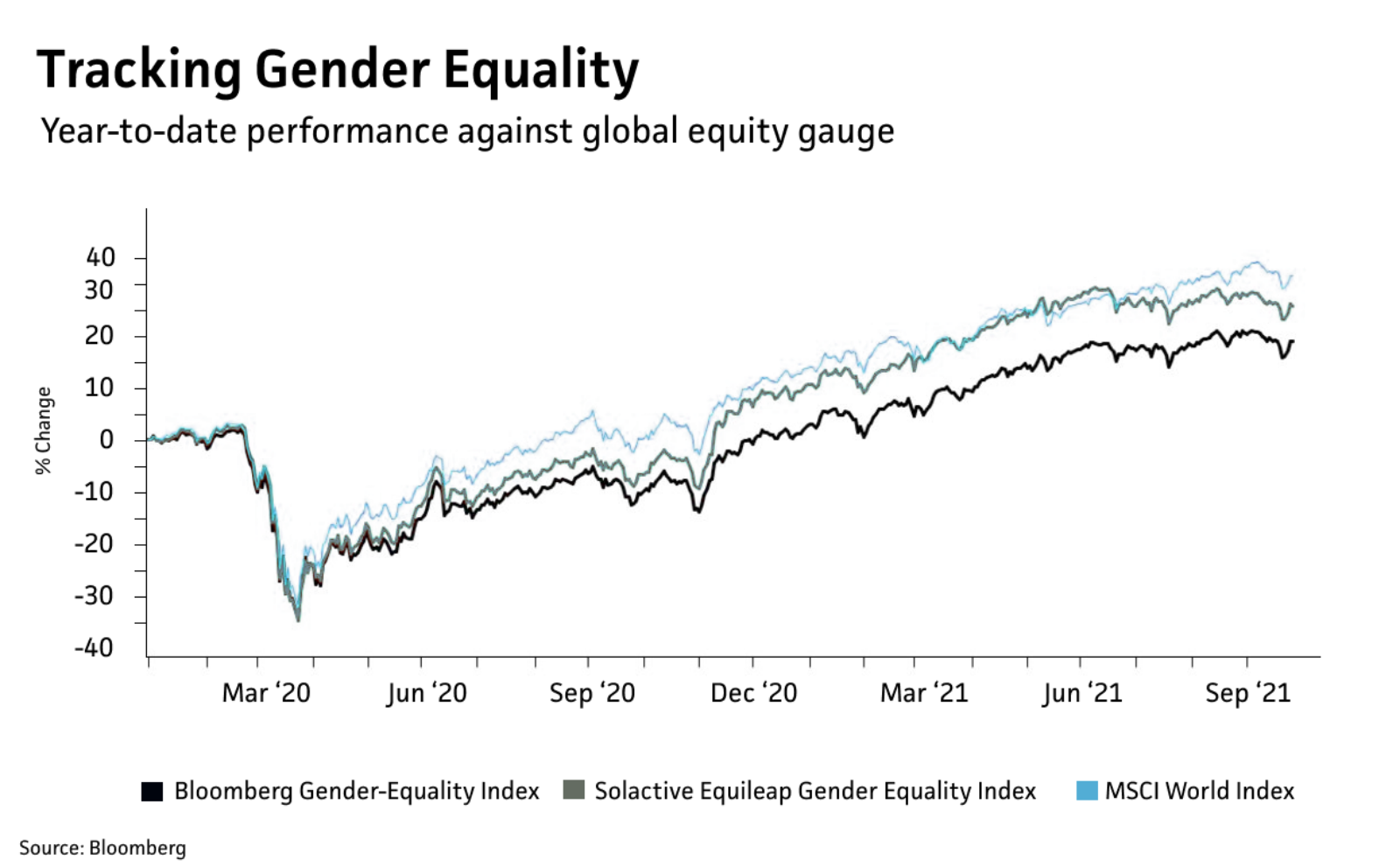 The Countries Where the Pandemic Has Lowered the Cost of Living 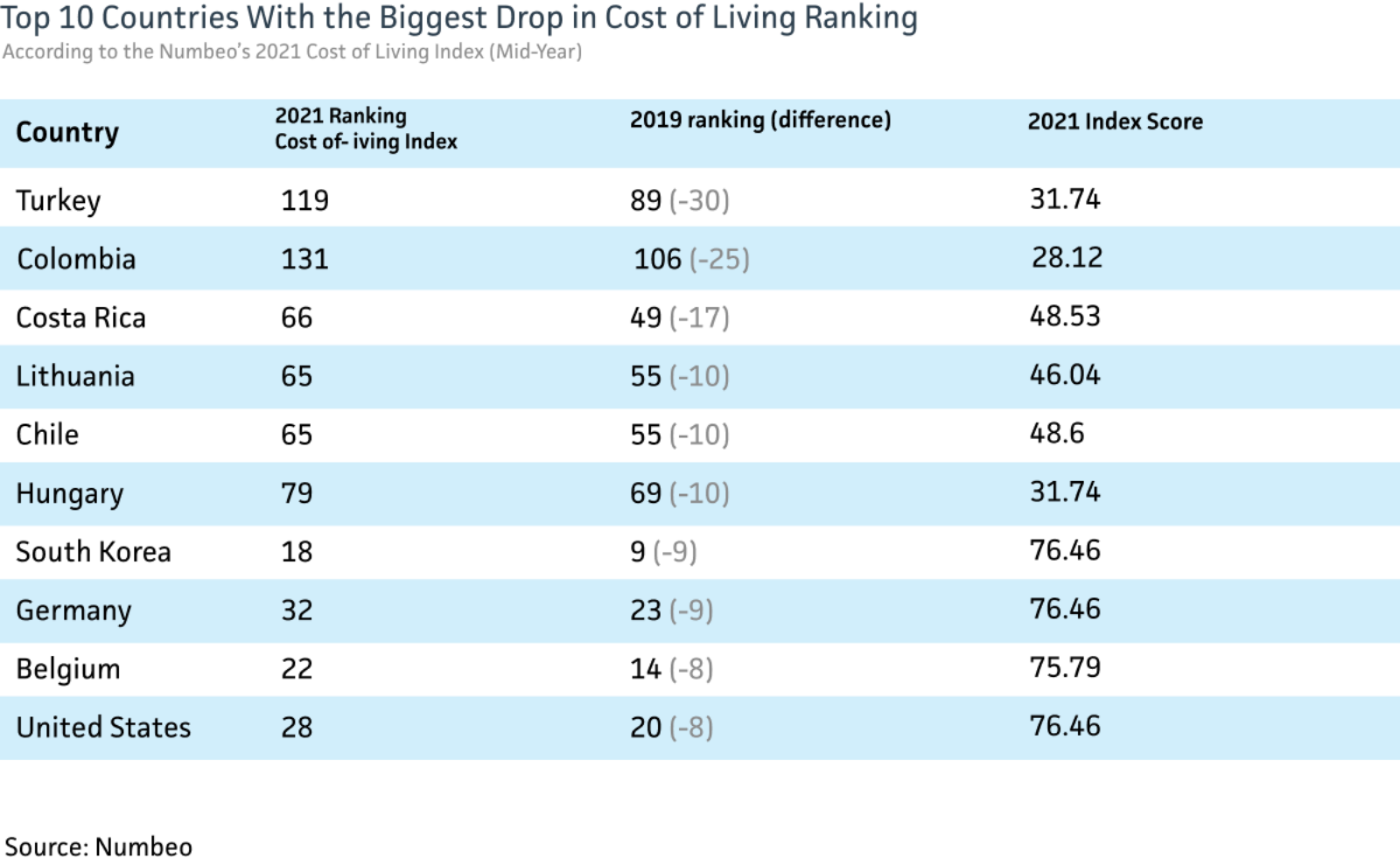 Note: Index shows estimated average expenses for a four-person family. The Rent Index estimates for renting one- and three-bedroom apartments in and outside of the city center.

Turkey, Colombia and Costa Rica are the top OECD countries that saw the biggest drops in cost of living between 2019 to 2021, according to BRINK analysis of numbers provided by online quality-of-life database Numbeo.

While this may seem like a good thing, all three countries have struggling economies, which may explain the lower cost of living. Turkey is battling inflation and a weak currency, Colombia has crime and oil crises and Costa Rica is struggling with an impact on tourism.

Several major insurers and reinsurers are committing to transitioning their underwriting portfolios to net-zero by 2050, as part of the newly formed Net-Zero Insurance Alliance (NZIA).

The reinsurance sector is highly concentrated. Consequently, net-zero commitments among a small number of the largest reinsurers place the reinsurance sector some way ahead of the insurance sector. In turn, this is expected to increase pressure on insurers to align their underwriting portfolios with net-zero. Over time, those that do not may find it harder to cede risks to net-zero-aligned reinsurers.