Regional Integration the Key to Food Security in Southeast Asia 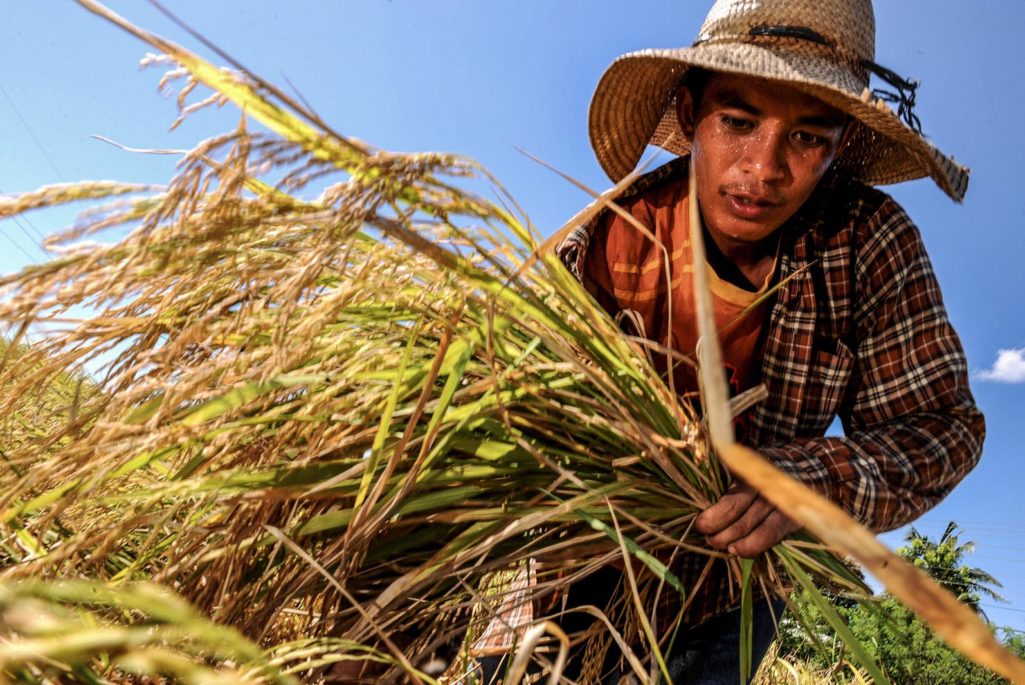 A Filipino farmer harvests rice in Pangasinan province in northern Philippines. In the food space, the ASEAN Economic Community is attempting to harmonize safety standards, improve infrastructure, enable trade and spread modern and sustainable agricultural practices. If successful, it could be a boon for farmers, consumers and a variety of stakeholders in between.

Collective food security has been on the Association of Southeast Asian Nations’ (ASEAN) agenda since its founding, and the 2007-2008 food crisis saw this agenda grow in relevance. The 2015 launch of the ASEAN Economic Community (AEC) is the latest regional integration effort and the most ambitious, seeking to build a single market and production base that promotes equitable development and makes Southeast Asia more globally competitive. In the food space, the AEC is making attempts to harmonize safety standards, improve infrastructure, enable trade and spread modern and sustainable agricultural practices. Where successful, it could be a boon for farmers, consumers and a variety of stakeholders in between.

Yet, headwinds to regional food system integration abound. Countries continue to protect domestic agricultural sectors from competition, retreat from the regional food trade and prioritize domestic production for strategic and political purposes. These policies arise from the trauma of past food price volatility and concerns about future price and supply uncertainty. They also risk impeding regional integration reforms that would do more good than harm.

A chorus of voices from within and outside Southeast Asia find regional integration to be gravely dangerous, arguing that it will drive small farmers and businesses out of markets, fray the region’s agrarian social fabric and create a host of environmental problems from large-scale farming and natural resource exploitation.

These arguments dovetail with fresh memories of the 2007-2008 food price crisis, when rice prices more than tripled in just six months. Major rice suppliers implemented minimum export prices and curtailed or considered curtailing exports in the name of securing domestic needs. This led to escalating prices and fear of major food shortages among regional importers. The longer-term responses from these importers—Indonesia, the Philippines and Malaysia chief among them—have been a distrust of international markets and self-sufficiency strategies aimed at expanding local supply.

These reactions follow the logic that by extracting itself from import dependencies, a country can protect its citizens from unpredictable market movements that threaten its food security. They also play well politically, aligning with desires for domestic economic prioritization and the protection of agrarian livelihoods.

The problem with emphasizing self-sufficiency is that it may undermine economic opportunities while leaving countries more vulnerable to food insecurity. Left to their devices, fewer farmers would grow rice in the countries now seeking greater self-sufficiency, as other crops are more profitable. Domestic policies that compel farmers to grow rice can keep them in low-value segments of the agricultural value chain, leaving them with less income for their daily needs, including food. These policies can also impede the structural transformation to less-agrarian economies that Southeast Asia desperately needs. Increasing the portion of the regional workforce that is employed off the farm is essential for regional economic and development progress. Mandating food self-sufficiency targets is often at odds with this objective.

Retreating from regional food trade also encourages products—and again, rice looms large—being grown in places where it makes little economic or ecological sense to do so. Countries insisting on domestic food sourcing can exhaust their soil and water resources in the process, all for yields that cost more than those available for import.

These policies paradoxically do not even provide greater food supply resilience. Thinning the regional food trade erodes the commercial relationships that provide a country with multiple sourcing options, which are invaluable for responding to abrupt or pervasive supply disruptions. As countries depend more heavily on domestic supplies, crop failures and major weather events that compromise these supplies become more damaging.

Persuading countries that self-sufficiency is not the best path to national food security requires providing an attractive alternative. For the AEC and other ASEAN integration mechanisms, this means improving confidence in the food trade by creating a robust supply environment. The development of strategic rice reserves is one tool to this end already showing some imperfect promise.

The ASEAN Plus Three Emergency Rice Reserve (APTERR) sees countries pledge rice stores to be made available in times of emergency, defined as a condition in which a member country is unable to attain its rice supply through normal trade. APTERR is intended for natural disasters and other unexpected events, but stocks could be deployed against a range of supply disruptions.

There are challenges and limitations to stockpiling. It is expensive, accompanied by losses and inefficiencies and provides no guarantee of food security, particularly if its deployment is slowed by political or logistical hurdles.

But APTERR remains a step in the right direction. Stockpiling food has traditionally been an opaque and nationalist agenda with market-distorting implications. A country that builds undisclosed stockpiles for domestic purposes may later offload stocks due to market conditions, increased production, storage rotation or a range of other factors, amplifying market volatility in the process. Regionalizing some stockpiles and making them transparent has the opposite potential to increase confidence in consumer countries and communities that if disruptions happen, food will still be available.

On the broader regional agenda, the ASEAN Integrated Food Security (AIFS) Framework and Strategic Plan of Action on Food Security (SPA-FS) seek to ensure regional food security while improving farmer livelihood. These policy sets have many layers, but include promoting a “conducive market and trade for agricultural commodities and inputs.” The tangible impact of AIFS and SPA-FS on regional food markets has so far been limited, but with the AEC seeking more fundamental integration, these existing statutes are forming a relevant foundation.

The AEC mixes targeted and general policies that create opportunities throughout Southeast Asia’s food value chains. Targeted policies seek to reduce the self-sufficiency targets of rice importing countries in exchange for delivery guarantees by exporters. They also seek to impede export restrictions, the likes of which fueled the 2007-2008 price crisis, and promote more private sector participation in food sectors that currently have heavy state footprints.

The AEC is no panacea, and must deliver the case to regional stakeholders that they are better off deepening collaboration in the food sector than protecting and nationalizing it. This is an emotionally and politically charged task, as access to food and the enhancement of farmer livelihoods speak to both the everyday needs of Southeast Asian citizens and core elements of the region’s social and political character.

The AEC needs to get food policies right and gradually integrate food sectors in ways that bring Southeast Asia into a new phase of development, in which pronounced food insecurities are a thing of the past and profitable opportunities within and outside food sectors abound. This will be an uphill climb, and the AEC can provide a useful vehicle.

Director of Asian Sustainability at the Asia Society Policy Institute

Jackson Ewing is the Director of Asian Sustainability at the Asia Society Policy Institute in New York, where he leads projects on environmental cooperation, responsible resource development, and international climate change policy. He has worked throughout Asia with actors in government, the private sector, civil society and international organizations.