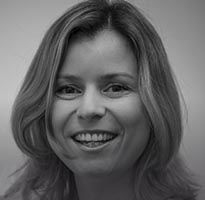 Dina Ionesco
Head of the Migration, Environment and Climate Change Division of the International Organization for Migration 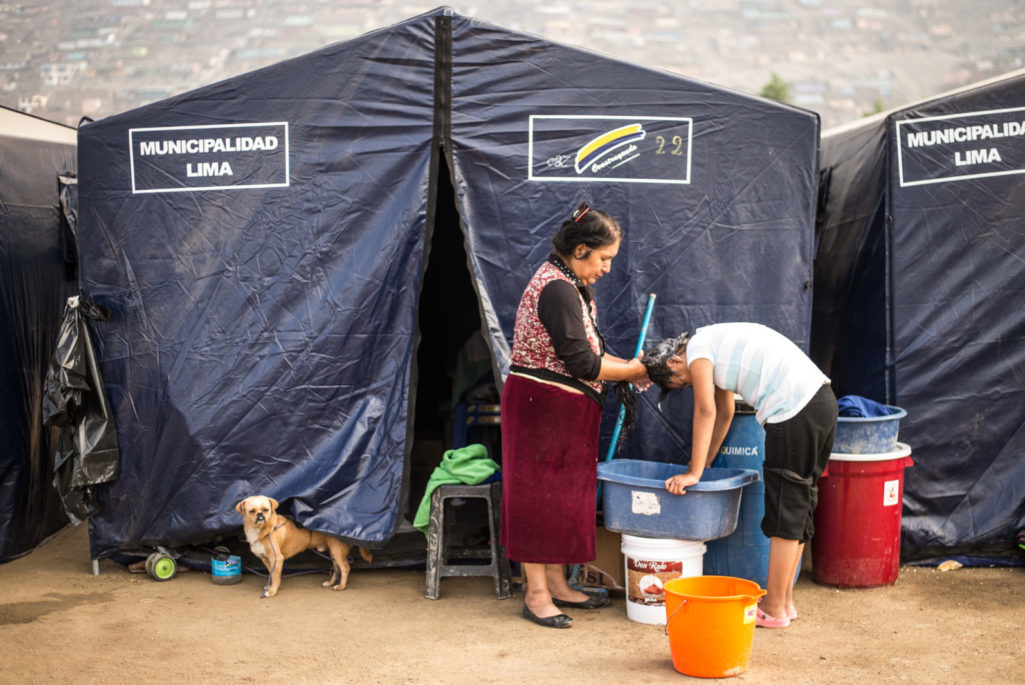 Women affected by the recent flash floods in Peru are pictured at a camp set up by volunteers and authorities in the district of Huachipa, east of Lima, on March 21, 2017. The El Nino climate phenomenon is causing muddy rivers to overflow along the entire Peruvian coast, isolating communities and neighborhoods.

The impact that climate change has on oceans and the degradation of marine ecosystems in many regions throughout the world has led people to migrate, sometimes by force, in order to protect their livelihoods.

In recent years, the issue of climate migration has been high on the global policy agenda, notably within the global climate negotiations. Indeed, one key outcome of the Paris Agreement was the decision to create a taskforce on climate displacement to help those who move because of negative climate impacts.

These concerns are not confined to discussions in diplomatic forum—news stories on global ocean warming intensifying storms and typhoons that in turn displace millions of people in the are plentiful; the academic community is producing dozens of new works every year examining the link between migration and climate change; and civil society advocates are striving to bring the voice of climate migrants to the fore.

Oceans and Migration: What’s At Stake?

The inexorable rise of sea levels causes coastal erosion, which results in loss of arable land and water reserves due to salinized soil and groundwater. Coastlines increasingly recede, and floods intensify during spring tides or severe storms. These extreme weather events regularly provoke the displacement of millions of people. Between 2008 and 2015, an average of 21.5 million people have been displaced every year within their own countries due to weather-related hazards, principally floods and storms. And there are potentially many more people on the move across international borders than what available data tells us.

In addition, sea level rise is expected to have long-term impacts on migration. The majority of world metropolises are located on coasts and 40 million people living in major coastal cities are threatened by submersion. Migrating out of dangerous areas might be the only option to manage coastal risks and adapt to these new realities. This is a concern, for example, for the 150 million people in the Ganges-Brahmaputra Delta in Bangladesh at risk due to sea-level rise, the Alaskan villages that need to relocate inland due to coastal erosion, and the entire population of some small islands in the Pacific threatened by complete disappearance.

In addition, the livelihood of millions of people across the world is impacted by threats to marine biodiversity. In many least developed countries, economic activities such as fishing and tourism represent the main source of income, and the depletion of fish resources and the destruction of coastal infrastructures pushes large numbers of people to search for alternative livelihood options further inland. In Cambodia and Senegal, fishermen report that “distress migration” had begun in fishing villages that experience a decline in fish stock, as people are desperate to secure alternative sources of income.

The Future Is Now

For many of these communities, migration might be the only solution to escape the nefarious effects linked to ocean threats. So how can the international community help these people build more resilient lives to avoid instances of forced migration?

Global leaders are gathering in New York from June 5-9, 2017, for the United Nations Ocean Conference, a milestone event for the leaders to work toward one of the globally agreed sustainable development goals on “life below water.” This event represents a key opportunity to bring up the migration dimensions when striving to protect the oceans and keep the human at the center of the global policy discussions.

Work on the global policy stage needs to be supported by knowledge about the relationship between the ocean, climate change and migration. We also need to comprehend all of its different dimensions—from helping people suddenly displaced by extreme whether events to developing long-term solutions for those who migrate due to loss of ocean-related livelihoods.

It is also important to remember that most people would rather not migrate and both policy and program development should aim to help people remain undisturbed, especially in areas that already experience high emigration rates. Yet, in some cases, migration is—and will continue to be—inevitable. In these cases, we have a responsibility to ensure that appropriate measures are put in place to support those who chose to or are forced to migrate. This, for instance, could take the form of developing more legal migration channels within a country or across borders to guide people in their migratory journeys.

Migration in a changing climate does not need to be a story of failure. We have opportunities to take action now.

Thematic Specialist in Migration, Environment and Climate Change at the International Organization for Migration

Mariam Traore Chazalnoel works as a thematic specialist in Migration, Environment and Climate Change at the International Organization for Migration in New York, where she follows global climate negotiations.

Head of the Migration, Environment and Climate Change Division of the International Organization for Migration

Dina Ionesco is the head of the Migration, Environment and Climate Change Division of the International Organization for Migration. Dina’s work aims to bring climate migrants into the spotlight and to equip migration and climate policymakers with the tools to respond to environmental migration challenges and opportunities.

Carolina Klint Risk Management Leader, Continental Europe at Marsh
URL: https://www.brinknews.com/rising-tides-and-climate-migrations-future/
Get ahead in a rapidly changing world. Sign up for our daily newsletter. Subscribe
​​