So Your Workplace Is Toxic: How Can You Fix It? 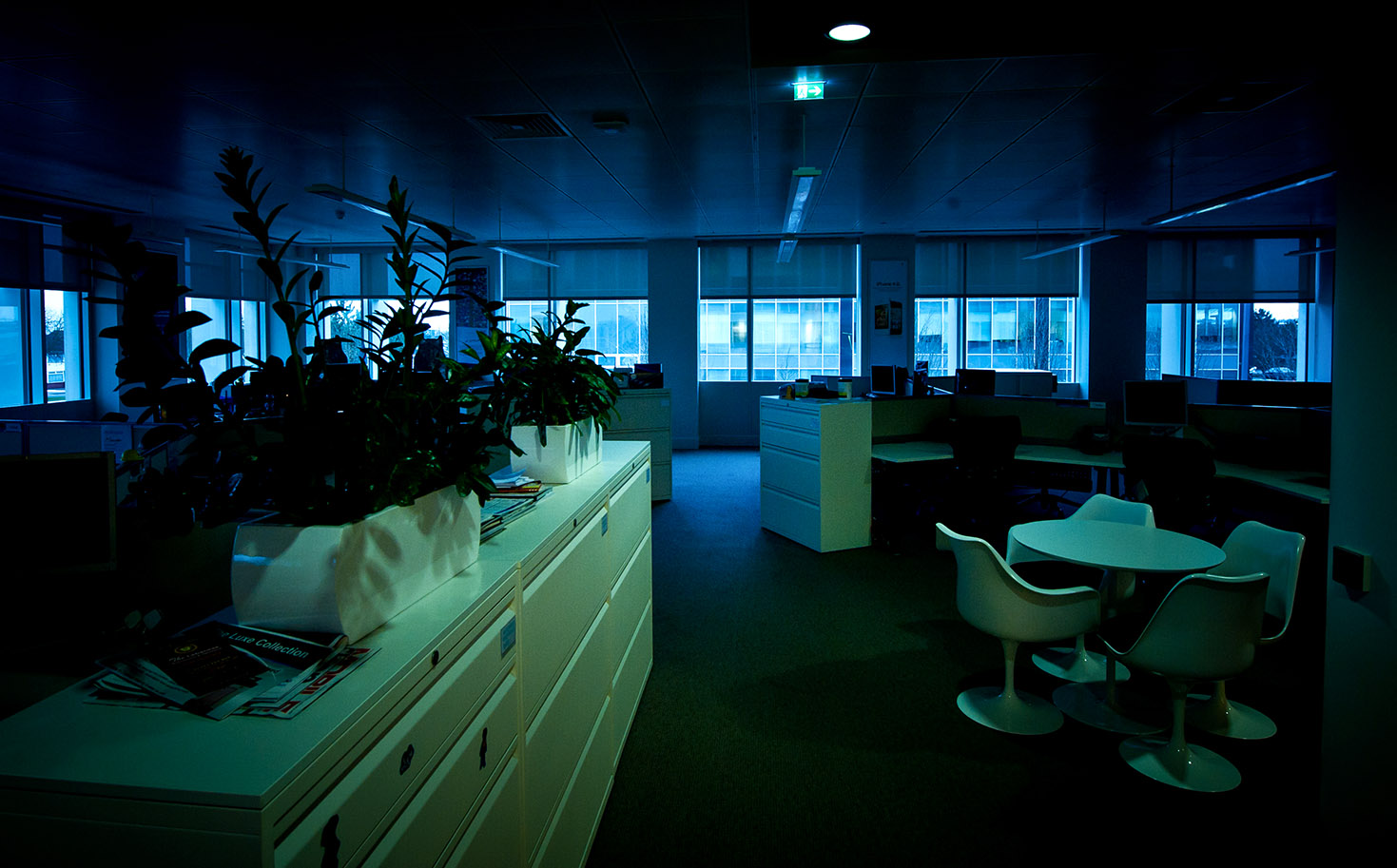 An empty office space in Slough, England. In a recent survey of tech workers, more than half of the respondents said they believed they were working in an unhealthy work environment.

In a recent survey of tech workers, more than half the respondents said they believed they were working in an unhealthy work environment. Of 9,000 participants in the 2018 poll by Blind, an anonymous workplace app, a substantial portion of employees at big tech firms who responded said they viewed their workplace as toxic. Across a wider swath of industries, nearly a fifth of American workers said they faced a hostile or threatening work environment in a 2017 survey conducted by the RAND Corporation, Harvard Medical School and The University of California Los Angeles.

Has toxicity at work become the new normal? Many workers believe that it has. “I think what we are seeing is more people resigned to the fact that toxicity is a natural state of the workplace, and that is inherently problematic,” said Wharton management professor Stephanie Creary.

But is the workplace really any more toxic than it once was? Not that long ago, after all, women were expected to endure sexually inappropriate overtures from bosses; LGBTQ+ workers quietly acquiesced to compartmentalizing their personal and professional lives and African-American workers routinely met with various indignities, exclusions and a professional dead-end in many sectors and professions.

“I think what’s important to keep in mind is that perception is reality. Trying to track down the question of whether there is a real increase in toxicity is missing the point—the perception is clear that there is,” said Wharton marketing professor and identity theorist Americus Reed.

A good deal of that perception is being fueled by social media, Reed said. Before social media, workers might have just tolerated a toxic environment with a that’s-just-the-way-it-is attitude. “Now, the echo chamber is happening, and so when people feel like things are toxic in the workplace, there is this heightened sense that there is something that needs to be done in these environments,” Reed said. “Now people are saying, ‘This affects the work; it affects good employees; it affects everyone.’ Social media has become a call to action.”

Employees and managers sincerely interested in modifying their environment will heed that call, but will do so smartly. “If people really want change to happen, they really need to take it upon themselves to propose solutions to change their environment. Not accepting the culture of toxicity or negativity is really important,” Creary said.

If you’re in a toxic workplace and can’t or don’t want to leave, what can you realistically do to turn things around? How does an employee frame the argument for a better atmosphere without acting or appearing to act in critical way?

“Start with little actions. Be a role model,” said Christine Porath, an associate professor at Georgetown University’s McDonough School of Business and author of “Mastering Civility: A Manifesto for the Workplace.” “We find that civility spreads in social networks at work,” she said.

Above and beyond how one person deals with the toxic perpetrator, another factor can buffer incivility’s toxic effects: a sense of thriving. “If you do nothing else, be sure to focus on yourself, cultivating an internal sense of being energized, alive and growing,” Porath said. “In studies conducted across a range of industries, I have found that people who experience a state of thriving are healthier, more resilient and more able to focus on their work. When people feel even an inkling of thriving, it often buffers them from distractions, stress and negativity.”

In a study of six organizations spanning six industries, employees characterized as highly thriving demonstrated 1.2 times less burnout than their peers, Porath and Gretchen Spreitzer wrote in “Creating Sustainable Performance: Four Ways to Help Your Employees—and Organization—Thrive,” published in 2012 in the Harvard Business Review. High thrivers were also 52 percent more confident in themselves and their ability to take control of a situation, according to further research by Porath.

Although there might be a lot of toxicity in the air right now, very few workplaces are irretrievably toxic, and most people want to do the right thing.

They were also far less likely to have incivility “drag them down a chute of negativity, distraction, or self-doubt,” she said. “One of my friends, a talented life coach, likes to ask people faced with adversity, ‘What are you going to make this mean?’ … How you interpret a situation is crucial. How much are you going to let someone pull you down? What useful lessons might there be for you in the situation?”

According to Porath, research shows that about 50 percent of our happiness is based on brain wiring; 40 percent stems from how we interpret and respond to what happens to us and 10 percent is driven by circumstances like whether we have less power and whether we’re more or less dependent on the job or the offender.

One intriguing body of recent research involves the concept of respectful inquiry: encouraging leaders to ask employees questions and listen intently to their answers.

“It sounds simple and perhaps even obvious, but it’s a rare form of commanding others because it moves beyond merely being respectful and courteous. It involves relinquishing some control and thus is a huge sign that you trust other people,” said Wharton management professor Andrew Carton. “It’s empowering.”

“This increases peoples’ sense of autonomy and meaningfulness at work,” said Carton, adding that although the idea is preliminary, it is thought-provoking and actionable. “This latter issue, an idea that is actionable, is important because it involves moving beyond simply imploring leaders to be more respectful and gives them a concrete suggestion on how to improve their organizations’ culture, one small step at a time,” he said.

Being Concrete in Feedback

Research shows that people are better able to improve at what they do when they are given feedback that involves a specific behavior—for instance, saying, “Please try to be more punctual for our Monday meetings” rather than offering general guidance like, “Please try to be more conscientious.” This kind of concreteness is all the more important when it comes to soft skills, Carton said.

Although there might be a lot of toxicity in the air right now, very few workplaces are irretrievably toxic, and most people want to do the right thing, said Jody J. Foster, assistant dean for professionalism at the Perelman School of Medicine at the University of Pennsylvania.

Addressing someone behaving badly at work in a kind, concise manner makes the offending coworker change his or her behavior in 75 to 80 percent of cases, she says. “It’s just people being themselves in the wrong place at the wrong time,”  Foster said, “and being told something isn’t quite right is enough to make them stop.” Another 10 percent of those behaving badly will know there’s a problem but don’t know how to stop, and they might need coaching or intervention, she said.

One unknown at the moment is how much toxicity is being generated in the workplace, as opposed to how much is seeping in from outside the office via politics, general social upheaval and the ugly tone of social media. Is there a way to insulate the workplace as, potentially, a safe haven from the greater societal ills making themselves apparent right now?

“We’ve found incivility is a bug—it’s contagious,” Porath said. “And you can catch it anywhere: at work, at home, online or in your community. So, yes, I think it’s seeping in from outside the office.”

But, “the organizations that are able to build stronger, more respectful communities will gain competitive advantage,” she said. “People are so hungry for connection and community. They’re desperate to escape toxicity. Organizations are primed to make a difference. They are bright spots in an increasingly negative and noxious environment.”

A longer version of this piece first appeared in Knowledge @ Wharton

Amy Gallo Contributing Editor at Harvard Business Review
URL: https://www.brinknews.com/so-your-workplace-is-toxic-how-can-you-fix-it/
Get ahead in a rapidly changing world. Sign up for our daily newsletter. Subscribe
​​