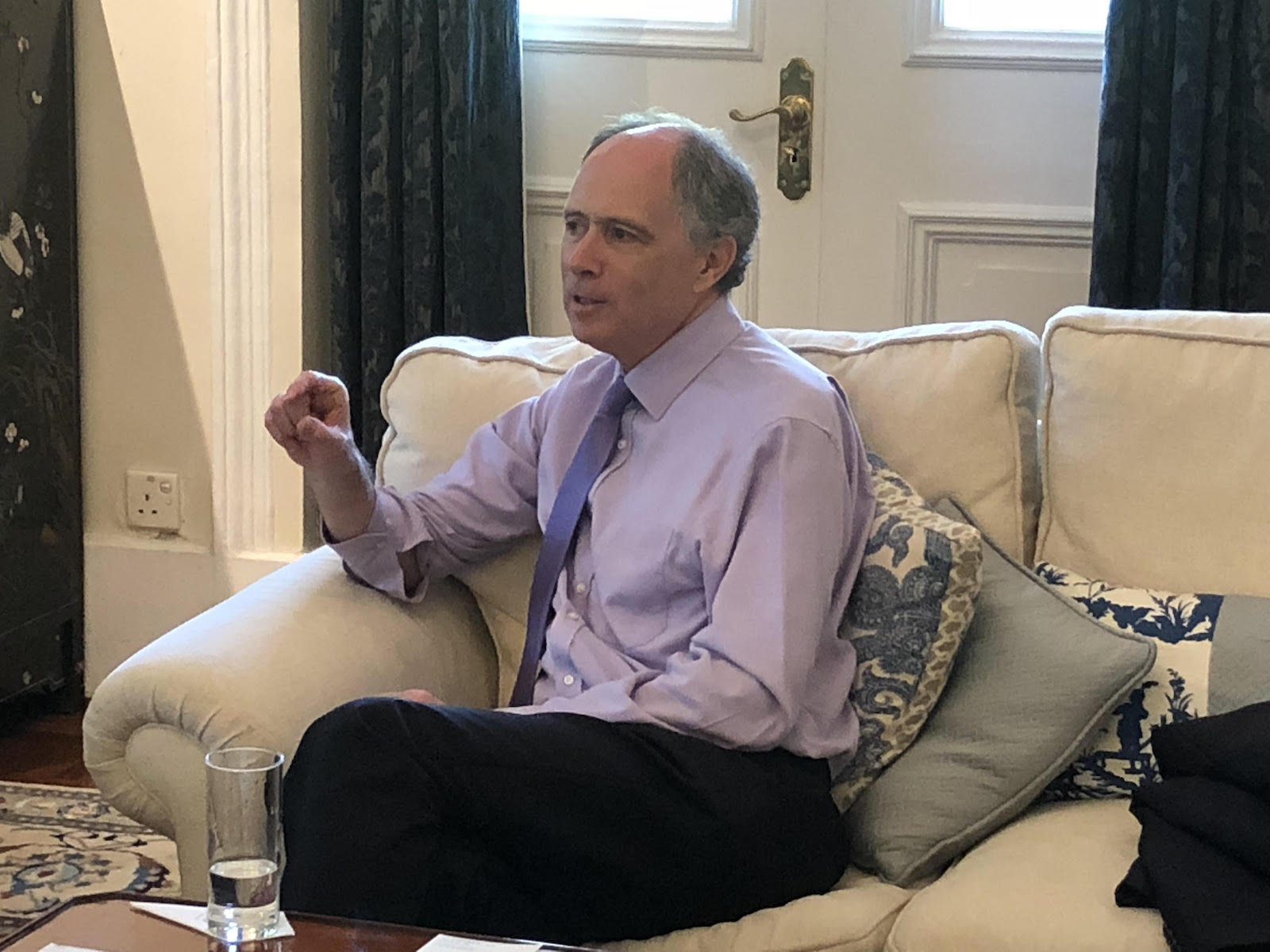 Across the business community in Asia, there has been a certain uneasiness ever since the Brexit vote. Companies in the region have been trying to understand how the vote will impact their businesses. While the concerns are indeed valid—given the uncertainty around the environment created by Brexit—businesses and business leaders are more concerned about what to navigate instead of how to navigate.

In this first part of a two-part interview, the British High Commissioner to Singapore, Scott Wightman, speaks to BRINK Asia about the implications of Brexit for companies in the region, the impact of growing protectionism and the continuing role of the UK in ASEAN.

BRINK Asia: What are the implications of Brexit for Singapore/Southeast Asian companies?

Scott Wightman: Businesses like certainty, but companies from this region, mainly Singapore and Malaysia, are significant investors in the UK, and we have seen investments from both these countries hold up pretty well since the referendum vote. What businesses from Southeast Asia have always liked about the UK is its business environment—they like the competitive corporate tax rate, with the quality and flexibility of the labor market, the familiarity with and reliability of the legal framework, and the quality of our universities to back up and support business development. Additionally, the strength of the City of London as a major global financial services center and as a source of capital is a big attraction, too.

Typically, for medium- to long-term investors from this region, direct access to the EU single market has been a second-order priority. Fundamentally, whatever has attracted them to the UK doesn’t change, and I think that’s why we are seeing figures holding up. I think, more broadly, they are watching the impact of the negotiations on growth rates.

BRINK Asia: Do you see more interest in the broader region around Singapore from UK companies?

Mr. Wightman: There is already a very significant British presence in this part of the world. You’ve got 4,000 British companies with a presence in Singapore, for example, with many of them, perhaps even most of them, using Singapore as a platform or a gateway in the region. We’ve got some very significant investment in the region. I have been here for three years, and it is noticeable that we have seen more and more companies come here and use Singapore as the first step into the Asian market. There is quite a high level of alignment in terms of how the economies are developing—the fundamentals are there, interest is growing and the prospects are very good.

Separately, we are seeing export figures in the past couple of years to Singapore, Indonesia, Vietnam and the Philippines having increased quite substantially. In some cases, such as in Indonesia, this has been from a low base, but we’re definitely seeing a substantial increase.

Global talent has been unquestionably one of the factors behind strong economic performance in the UK over the past decades.

BRINK Asia: In your view, how may increasing protectionism impact Singaporean/Southeast Asian companies?

Mr. Wightman: Like Singapore, we are very strong proponents of trade liberalization and free trade, and we are, therefore, concerned about tariffs and counter-tariffs that have been imposed or are being considered, particularly between the U.S. and China; and given the scale and complexities of supply chains, there are serious concerns in several economies. There are legitimate concerns about some aspects of Chinese business regulations and their approach toward trade and investment restrictions domestically, but we don’t think extensive tariffs are the way to address them.

There are two impacts here. The first is the impact on overall growth rates of an escalation of protectionist measures, and some of the forecasts are worrying, and that will impact all of us. The second is related to the nature of the impact on supply chains—some of this is hard to do because some trade diversion will also happen, but there will definitely be businesses that are part of supply chains that are destined for the U.S. market or those who are supplying to China, and they will suffer from the impacts of these tariffs. It is, therefore, understandable that companies here are concerned, and it is the same with British companies operating in the region.

BRINK Asia: We’re seeing a tightening of immigration rules in both the UK and Singapore—what are the implications on the availability of talent and labor costs?

Mr. Wightman: As far as the UK is concerned, our government has made it very clear that EU citizens living and working in the UK will, in any scenario, have the right to remain in the UK and continue working there. The government has also made it very clear with its businesses that it is determined to ensure that the UK remains open to global talent—that has been unquestionably one of the factors behind strong economic performance in the UK over the past decades. Whatever the nature of the partnership we will have with the EU, we will remain open to talent. In other parts of the labor market, other businesses have requirements for lower-skilled labor in significant numbers, and the Home Office in the UK will be developing programs to ensure that businesses are able to access that kind of labor in a way that also addresses the concerns of citizens and that immigration is not unchecked.

It is not dissimilar to what we have here in Singapore, where a calibrated but controlled approach is being taken by the government. In doing so, the government is also trying to invest in technology to increase productivity without necessarily defaulting to cheap foreign labor.

Will there be more difficulty on both sides in attracting highly trained talent? I don’t see that happening. Highly skilled staff don’t seem to have much of a difficulty in getting stay passes. And similarly, the tightening in immigration and visa rules hasn’t had an impact on the number of foreign students studying in the UK.

BRINK Asia: How is the UK looking to deepen its economic engagement with ASEAN? UK-ASEAN FTA? CPTPP?

Mr. Wightman: It’s an important priority for our government. Our immediate priority is to support the EU FTAs and the transition of those agreements into bilateral agreements with the UK. There are discussions ongoing to achieve that objective. As far as our relationship with ASEAN is concerned, we have no doubts about our future relationship with ASEAN. As for an FTA with ASEAN, you first have to be a dialogue partner before you can be considered for an FTA, so that is some way down the road. But we will work bilaterally with ASEAN to free up nontariff barriers and try and promote free trade flows and investments between the UK and other ASEAN member countries.

The CPTPP is also important. In July, we announced a formal consultation in the UK on the future priorities for new bilateral trade agreements once we’ve left the EU—there were four priorities, namely the U.S., Australia, New Zealand and the CPTPP. We’re very strong supporters of the CPTPP, and we were very happy to see it agreed on, as it makes a substantial contribution to multilateralization and is a very high-quality agreement. There are obvious potential attractions in the UK for being part of that framework from a trade and investment perspective, as well as on a political relationship basis.